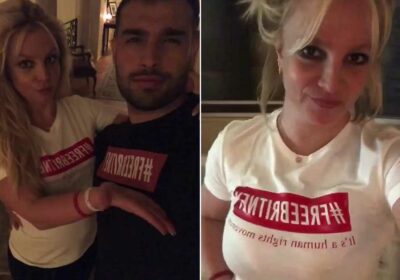 Britney Spears reveals the designer behind her wedding dress

She’s ready to be free.

Britney Spears shared her excitement for her monumental court hearing Friday — which is set to determine whether her restrictive 13-year-conservatorship will finally be terminated — by wearing a #FreeBritney T-shirt.

The 39-year-old pop icon’s fiancé, Sam Asghari, posted a video to Instagram Thursday in which she wore a white tee with red letters that read, “#FreeBritney: It’s a human rights movement.”

Asghari, 27, wore a black version of the shirt with the same message in red.

The couple happily showed off their timely fashion choice while dancing along to Spears’ 2013 hit “Work Bitch.”

Asghari captioned the clip, “Loading….,” as there were still close to 24 hours to go until Spears could potentially be free when he uploaded it.

Fans celebrated in the comments section, with one writing, “She’s so excited!!!! We’re all so excited for her!!!!” and another adding, “We are all in this together ❤️.”

In June, Asghari wore a different “Free Britney” shirt in support of his then-girlfriend of five years before the bombshell hearing in which she spoke in front of Los Angeles Superior Court Judge Brenda Penny to express her desire to restore her rights.

The #FreeBritney movement was launched in 2019 primarily by a group of die-hard Spears fans-turned-activists, who have helped investigate the necessity of the conservatorship given that the “Toxic” singer has continued to expand her career with new albums and a successful four-year residency in Las Vegas. 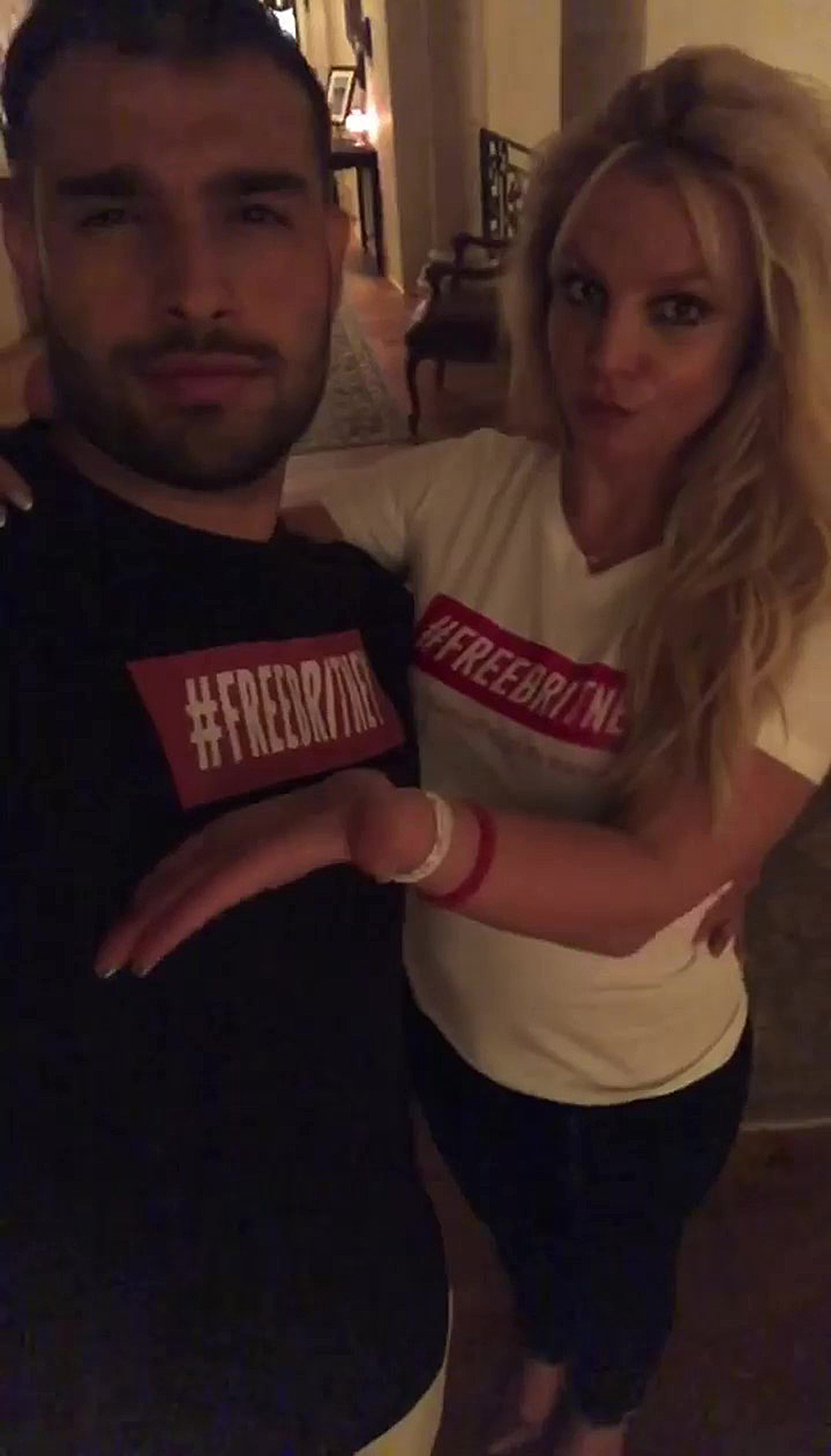 On Friday, Spears’ attorney, Mathew Rosengart, will fight to finally to end the conservatorship, which has controlled the “Overprotected” singer’s financial and personal affairs since 2008, once and for all.

Britney’s father, Jamie Spears, who served as her conservator until his suspension in September, also believes the conservatorship should be terminated.

Jamie has also expressed his agreement in eliminating the arrangement “without ordering a psychological evaluation” — as Britney said in her June testimony that she wished to do. 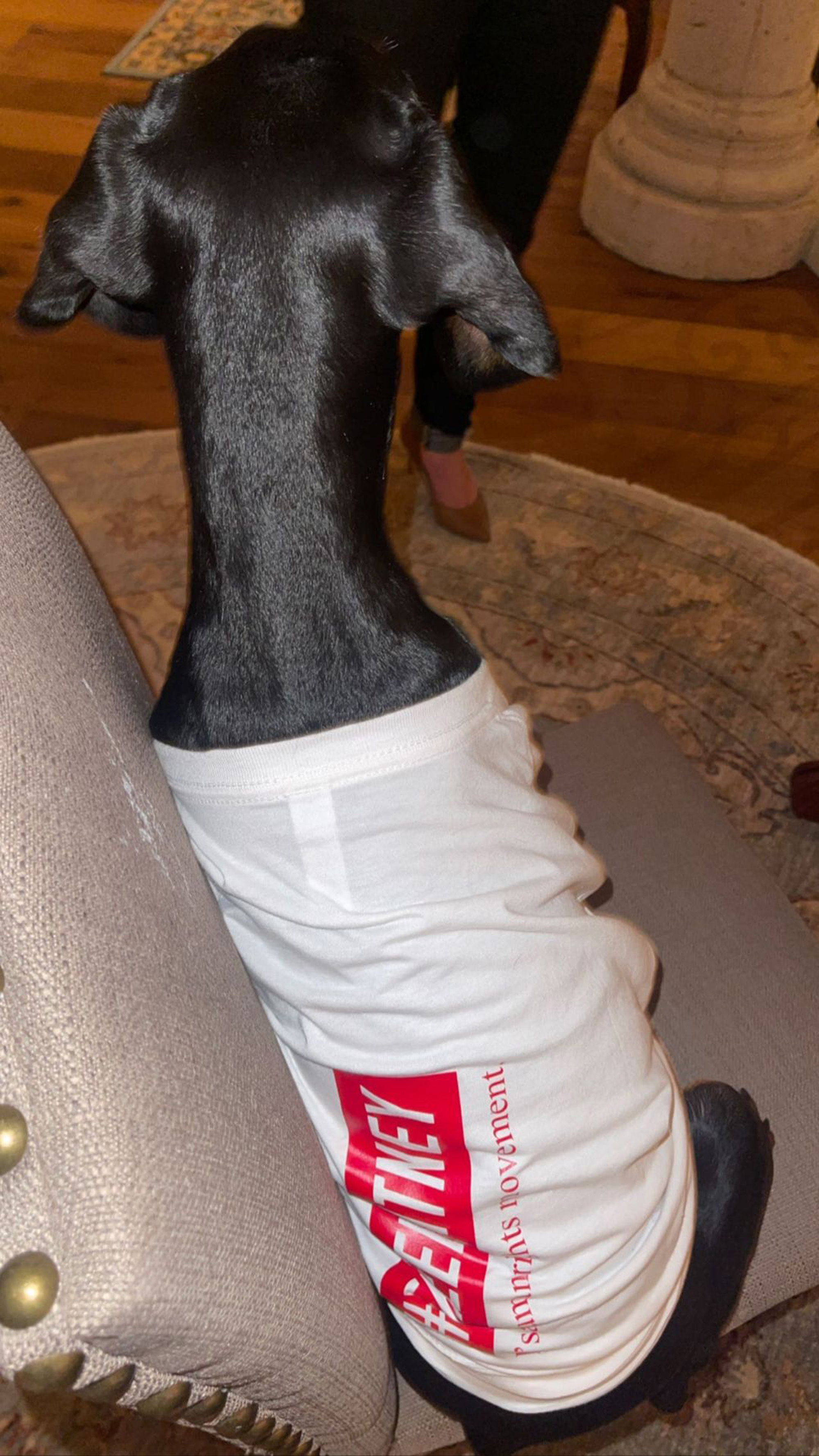 However, the change of heart comes after years of public scrutiny and serious criticism from his own daughter.

Following Friday’s hearing, a separate hearing is scheduled for Dec. 8 to look into the cases’ outstanding financial matters.

Britney’s attorney has also maintained that he plans to investigate all the parties involved in the conservatorship to determine whether any criminal activity occurred.