It’s hard for some people in the United States to grasp just how differently Meghan, Duchess of Sussex is treated compared to the Duchess of Cambridge. That’s because the media here is vastly different than it is in the United Kingdom. British tabloids are a far cry from the kind you’ll find in your local U.S.-based grocery store checkout line. And one thing they all have in common? They were ruthless in their criticism of Meghan.

While Catherine, Duchess of Cambridge receivedglowing reviews for every move she made, Meghan was criticized and questionedfor the exact same actions. Buzzfeed News puttogether a comparison of newspaper headlines about the same topics to provehow badly Meghan was treated by the press.

The results are hard to argue with. 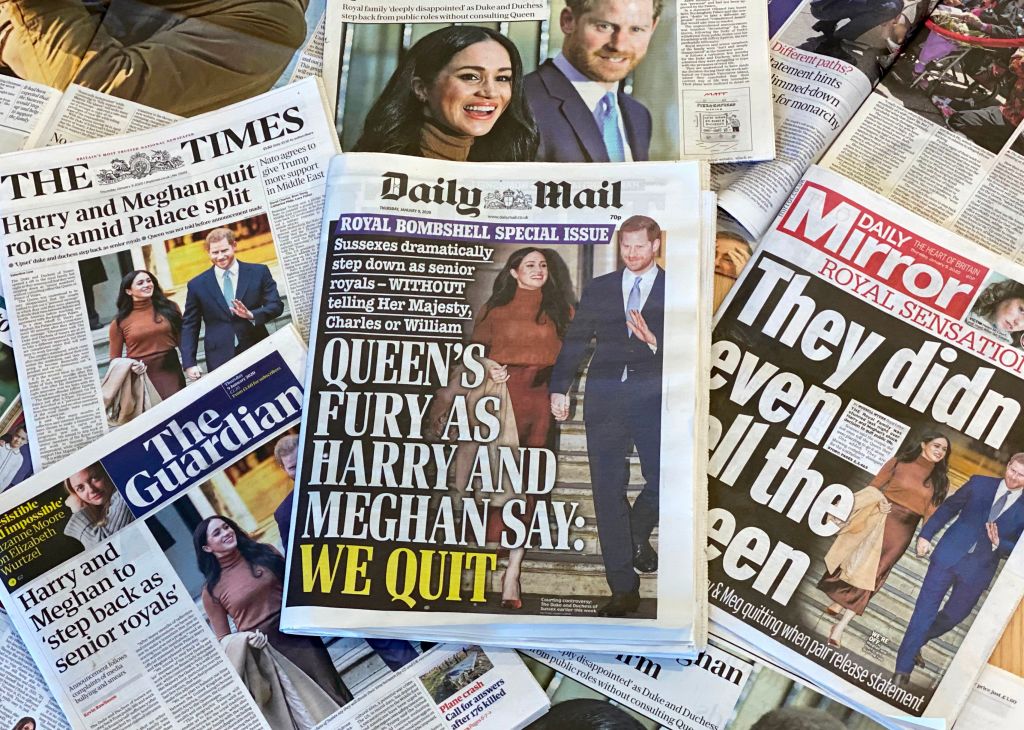 Thereare dozens of examplesof headlines that could be seen as unfair to Meghan. But one of the worstwas two unique spins on the two women when they were pregnant.

Botharticles included photos of Meghan and Kate cradling their baby bumps. But theone about Kate was much more favorable compared to the one about Meghan.

EvenMeghan’s love of produce didn’t escape criticism. But when Kate ate avocados,no one cared one bit.

Over and over again, the two women were judged differently for allegedly doing the same thing.

These are only a few examples of 20 that Buzzfeed News compiled to prove that it wasn’t in their imagination — Prince Harry and Meghan really were being treated unfairly.

"Over the years, Meghan has been shamed for the same things for which her sister-in-law, Kate, has been praised." Link in bio 👆 Follow @buzzfeednews for the latest news content!

Most American news outlets have been overly kind to Meghan — afterall, she’s an American citizen and beloved actress. But things in the U.K. weredifferentfrom day one and finally Prince Harry decided to do something about it.

First, the couple announced they’d be suing two publications for specific incidents that they claimed broke the law. But even beyond that, the coverage of Meghan was almost always derogatory and insulting even if it technically wasn’t breaking any laws. A comparison of headlines about Kate and Meghan proves that point definitively.

“After many months of reflection and internal discussions, we have chosen to make a transition this year in starting to carve out a progressive new role within this institution. We intend to step back as ‘senior’ members of the Royal Family and work to become financially independent, while continuing to fully support Her Majesty The Queen. It is with your encouragement, particularly over the last few years, that we feel prepared to make this adjustment. We now plan to balance our time between the United Kingdom and North America, continuing to honour our duty to The Queen, the Commonwealth, and our patronages. This geographic balance will enable us to raise our son with an appreciation for the royal tradition into which he was born, while also providing our family with the space to focus on the next chapter, including the launch of our new charitable entity. We look forward to sharing the full details of this exciting next step in due course, as we continue to collaborate with Her Majesty The Queen, The Prince of Wales, The Duke of Cambridge and all relevant parties. Until then, please accept our deepest thanks for your continued support.” – The Duke and Duchess of Sussex For more information, please visit sussexroyal.com (link in bio) Image © PA

One key facet of Prince Harry and Meghan’s exit as senior membersof the royal family is no longer participating in the royal rota, which givescertain publications prime access to the royals. Those publications include the Daily Express, theDaily Mail, the Daily Mirror, the Evening Standard, the Telegraph, the Times,and the Sun.

Seeing these headlines and the image they project makes it obvious why the Duke and Duchess of Sussex would choose to walk away, even if it was a shocking move to make.