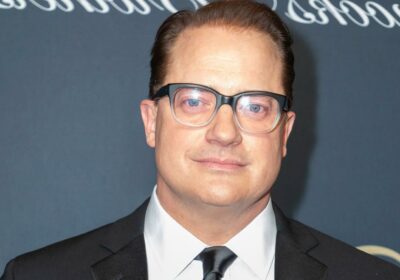 If you grew up in the early 90’s, chances are, some of your most memorable movies included actor Brendan Fraser.

He made a name for himself playing wide-eyed (and muscular) characters from Encino Man (1992) to George of the Jungle (1997). His films often required six pack abs and the ability to perform some wild stunts and audiences flocked to the next action filled comedy or horror film in which Fraser found his fame.

By 1999, Fraser had landed The Mummy series and while his reign as leading man lasted years, in recent times, Fraser has been somewhat off the grid. He’s popped up in films or television shows here and there, but it can’t be argued that his reign was over – or was it?

The divorced father of three is making a comeback of sorts, this time, with several serious, mature rolls, allowing audiences to see a new side of their favorite 90’s actor and working alongside some of Hollywood’s best.

Once owning a net worth of $45 million, the actor’s decade hiatus has cost him a pretty penny, with his 2021 net worth coming in around $20 million, but all that is about to change as audiences lean in to get a second look at Fraser’s talent.

Though some actors and actresses wait tables for years before catching their big break, for Fraser, things seemed to fall into place fairly easily. On his way to Southern Methodist University in Dallas to enroll for acting classes, Fraser stopped in Hollywood, landed a film as a sailor in 1991’s Dogfight and never left.

By 1992, his career skyrocketed with Encino Man and the sports drama School Ties, officially placing him among Hollywood’s elite. Working steadily through the 90’s, Fraser lands the lead role in box office hit, The Mummy in 1999 and their sequels.

In the early 2000’s, fans could see Fraser in the 2002 film The Quiet American and award winner, Crash, in 2004. As of 2014, the actor took a break from the big screen and many have been wondering what happened.

Where Did the Last Decade Go?

After a decade of making hit movies and performing most of his own stunts, Fraser told GQ there was a physical toll to his 6’3 frame. His body was beginning to fall apart and by the time he was finishing the third Mummy movie, he was “put together with tape and ice”.

For the better part of the next seven years, Fraser was in and out of the hospital for multiple surgeries. He had a laminectomy that didn’t take and a year later, went in for the procedure again. He had a partial knee replacement, surgeries on his back and vocal cords were all necessary to put Fraser back together again.

At the Beverly Hills Hotel in 2003, Fraser says former president of Hollywood Foreign Press Association (HFPA) Philip Berk sexually assaulted him, (Berk has denied the allegations), and Fraser was overcome with panic and fear.

“I felt ill. I felt like a little kid. I felt like there was a ball in my throat. I thought I was going to cry,” Fraser told GQ.

And he also felt with the accusations against Berk and his failing body, he’d been put out to pasture by Hollywood. Depression set in and while Fraser has taken a role every year since he, seemingly disappeared, none made the splash that the first part of his career accomplished.

Feeling better and more at peace with himself in a long time, Fraser is set to take on some high-profile roles in the near future.

According to AV Club, he’ll be seen among the cast of Max Barbakow’s Brothers, currently in production in Atlanta and staring Peter Dinklage, Josh Brolin and Glenn Close. Though the film comes with an all-star cast, the plot has purposely been kept secret for now.

Vulture reports Fraser will also be seen in Martin Scorsese’s new film, Killers of the Flower Moon, with another stellar cast of Robert De Niro, Leonardo DiCaprio and Jesse Plemons. Fraser will play the lawyer, W.S. Hamilton in the crime drama.

Set in the 1920’s, the film covers the brutal murders of members of the oil-wealthy Osage Nation in Oklahoma. History recalls the crimes as the Reign of Terror.

He’ll also be performing in Darren Aronofsky’s film The Whale, in a role as a severely obese English teacher attempting to reconnect with his estranged teenage daughter.

Despite a decade of divorce, health decline and a lack of scripts coming his way, Fraser has shown he’s ready to get back in the saddle with the upcoming star-studded films. With any luck, it’ll all be smooth sailing from here and fans can get back to watching their favorite Hollywood heartthrob at work.

READ NEXT: The 10 Highest-Grossing Horror FIlms Of The ’90s, Ranked