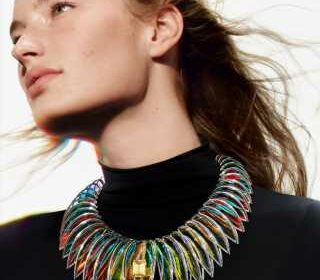 PARIS — It’s carte blanche at Boucheron in July, the moment when the historic Place Vendôme house works new materials into the realm of high jewelry. This year, the label’s creative director Claire Choisne drew on colors in an unconventional manner, working rainbow and holographic effects into high-end pieces with a futuristic bent.

“I always come to the conclusion that it’s not necessarily the intrinsic value of the materials making up the piece, if we can add extra soul — insert the dream into the piece to generate emotions, for me it has even more value,” said Choisne, speaking from an upper floor overlooking the spiraled column of the famous square.

Seeking to introduce a new way of working with color, rather than leaning on stones in the traditional manner, Choisne said she decided to focus on the relationship between light and color. 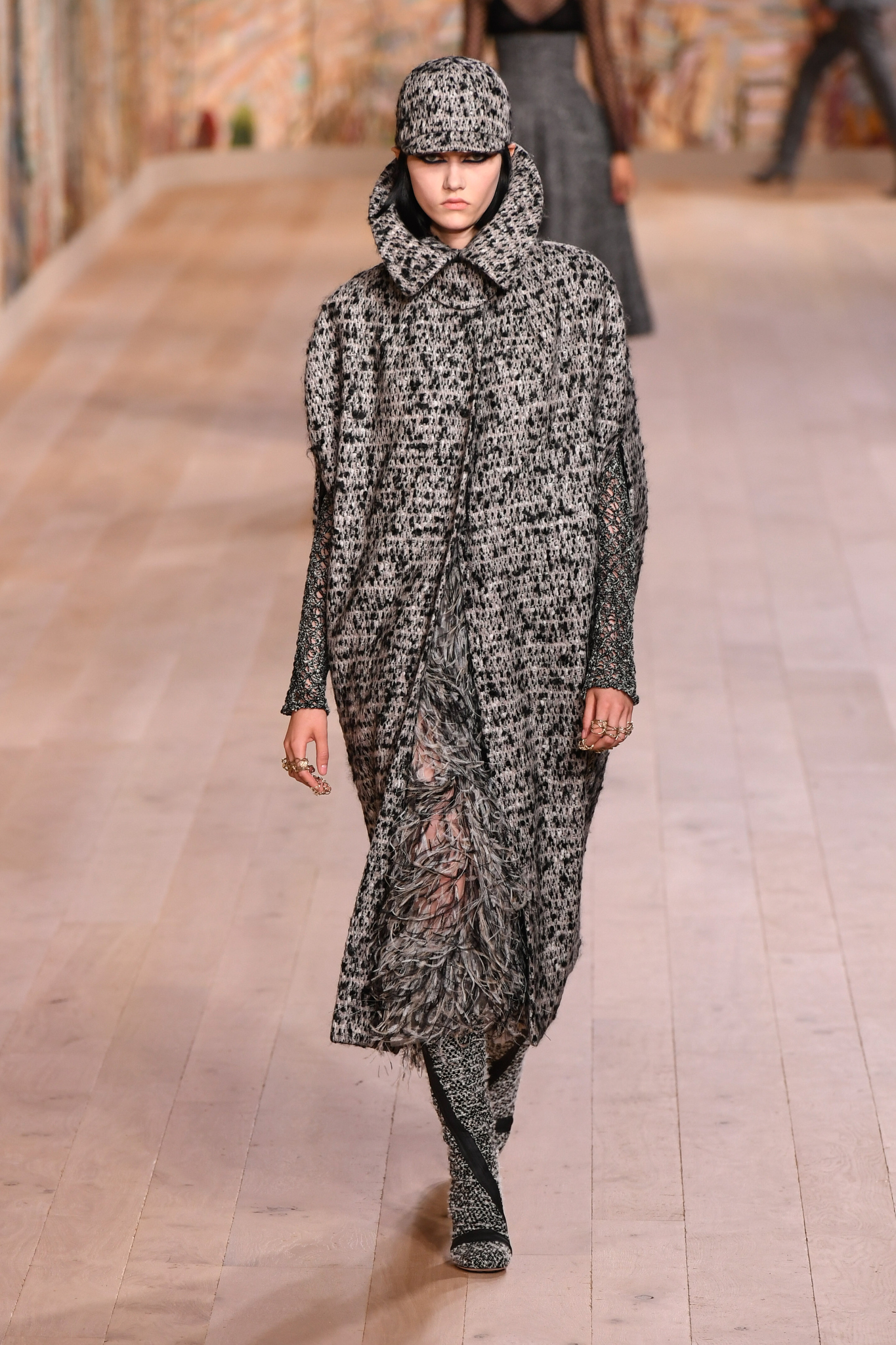 The Opalescence necklace is built around a more than 71-carat cabochon white opal set against strands of opal beads totaling more than 1,500 carats. The stone rests against the curved body of a Siamese fighting fish fashioned with a plique-à-jour technique, using translucent lacquer rather than enamel. Paths of paved diamonds accentuate the curves of the fins. 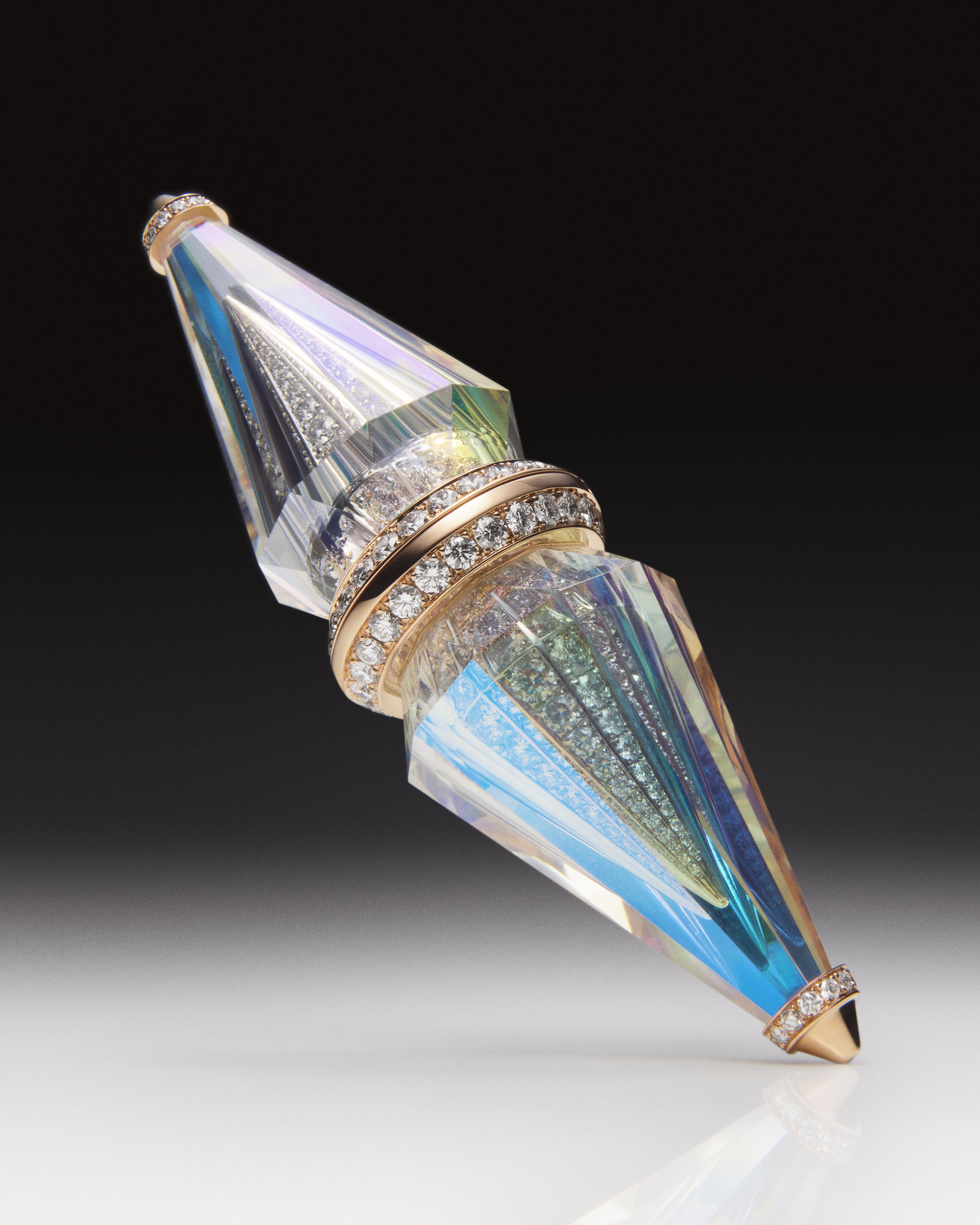 Boucheron’s Jack design is pavéd with diamonds and covered with crystal rock. Courtesy of Boucheron

The Chromatique pieces push the house’s Fleurs Éternelles rings into new territory, using a ceramic sprayed with melted metal at a high temperature, for a shimmery holographic effect. The pastel-toned flowers were formed through scanning techniques, using peonies and pansies. The material was drawn up with help from construction materials company Saint Gobain, known for high-performance glass.

The use of rock crystal has been a Boucheron signature for years, but here it got a holographic coating. Built with the material, the “halo” pieces resembled smooth bubbles, airy and light, with a rainbow sheen that changes in the light. 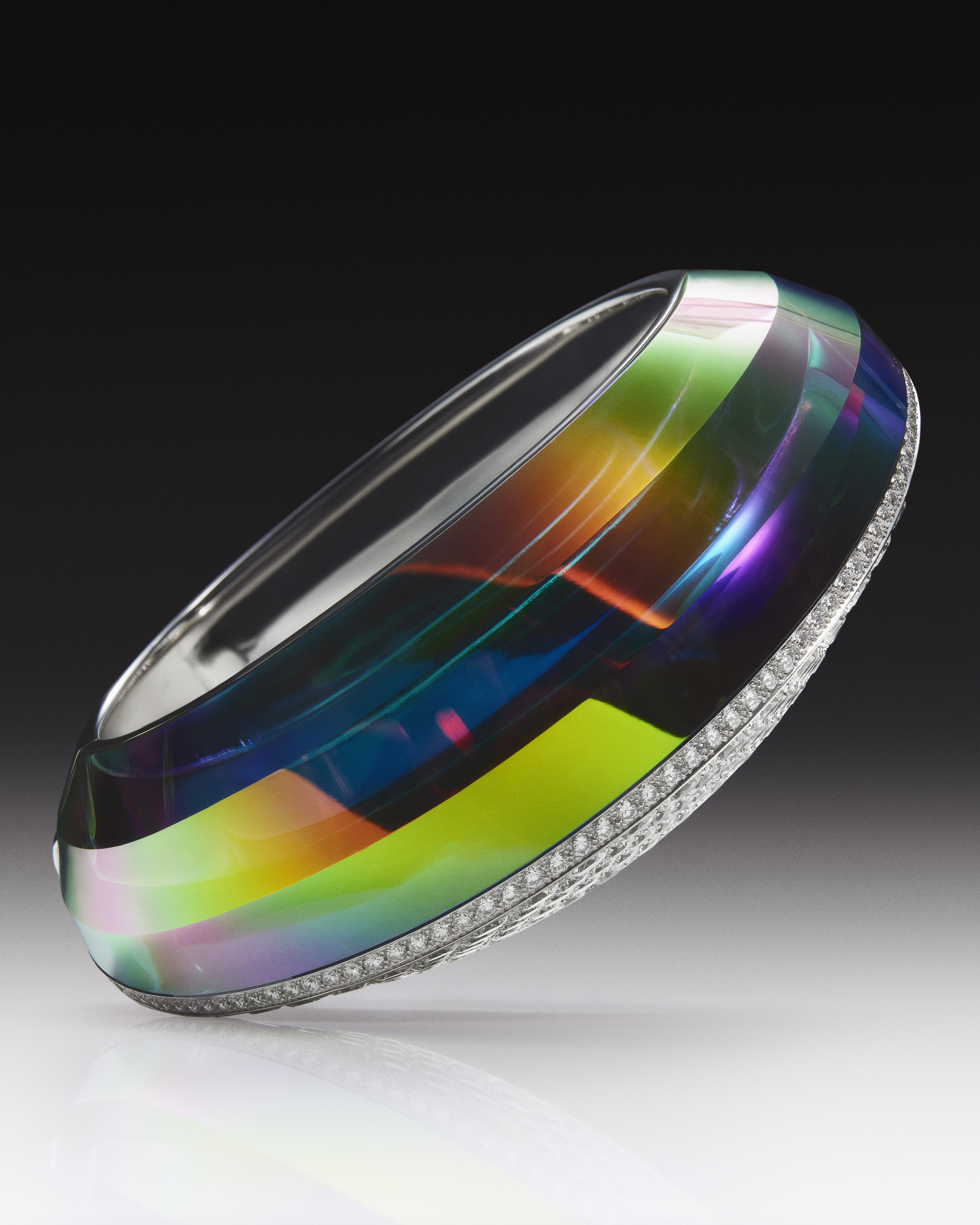 The coated rock crystal was also used for sharper-cut pieces, coating a Jack brooch — pavéd in diamonds for the first time, pushing the design into the higher end, for example. Similarly fashioned bracelet sets were equally striking.

Taking the play on light even further, the Holographique necklace is built from curved crystal slices with points facing downward, arranged side by side with a 20-carat yellow sapphire serving as a centerpiece.