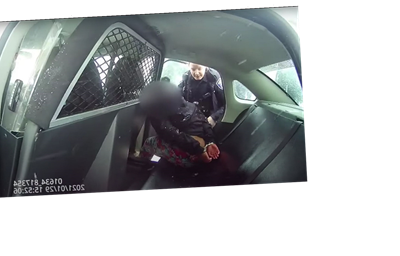 Police in Rochester, New York, released body camera footage on Sunday that shows a 9-year-old girl being handcuffed and pepper-sprayed by officers responding to a family disturbance call.

In two videos taken on Friday, the child repeatedly cries out for her father as officers struggle to get her inside a police car after she argues on the street with a woman identified as her mother.

“You’re acting like a child,” one officer tells the girl while trying to move her feet into the vehicle.

“I am a child,” the girl responds between sobs.

After several minutes of trying to get the child fully into the car, a male officer directs another officer to “just spray her at this point.” 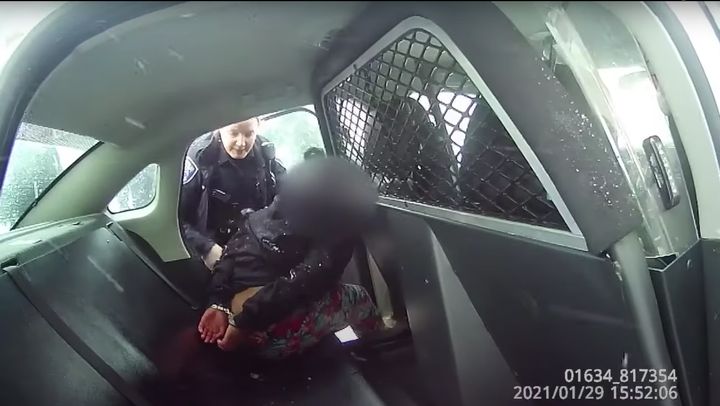 A female officer appears to shake a can in front of the seated girl. A few seconds later, the girl is heard asking someone to wipe her eyes before the car doors close to the audible relief of one of nine officers that responded to the scene, according to Rochester’s Democrat and Chronicle.

The child was taken to a hospital and later released to family, authorities said.

Rochester Mayor Lovely Warren, addressing both videos at a press conference on Sunday, said it is “clear from the video we need to do more in support of our children and families.”

“I have a 10-year-old child, so she’s a child. She’s a baby. This video, as a mother, is not anything you want to see,” Warren said. “This is not something that any of us should want to justify, can justify, and it’s something we have to change.”

Despite these apparent mental health concerns, Warren said that the city’s Office of Crisis Intervention Services, which is trained to respond to mental health-related calls, was not alerted to the scene because the initial call to police involved “a number events happening at the same time that required a police response.”

That office just last week launched a Person in Crisis Team, which is meant to take over certain responsibilities from the police, the Democrat and Chronicle reported.

Anderson said he expects changes within his department following an internal review of the officers’ actions.

“Those changes will come with actually talking to the officers themselves involved and getting them to look at de-escalation, having a tactical pause when need be,” he said.

Mike Mazzeo, president of the Locust Club, which is the Rochester police union, also spoke to reporters on Sunday, dismissing concerns about the child’s psychological experience of being handcuffed and pepper-sprayed by officers. He instead argued that her home life is what should be of concern.

“That’s what sad. That’s what’s disturbing,” he said, while referencing the recorded argument the child had with her mother.

Mazzeo further expressed concern for the officers’ psychological well-being after the incident. “Some of those officers probably didn’t even get a chance to discuss it until when, hours later?” he said. 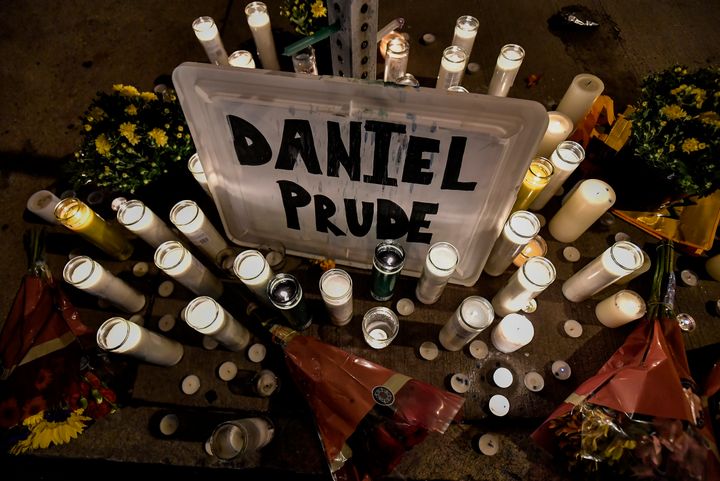 The Rochester Police Department and city officials were already under scrutiny following the death of Daniel Prude, a 41-year-old Black man who died after officers covered his head in a mesh hood and held him against the ground during a March 23, 2020, arrest.

Officers said they placed the hood on Prude, who was under the influence of PCP at the time, because he was spitting and they were concerned about the spread of the coronavirus. When Prude tried to stand up, officers forced his head down onto the pavement and held him there for two minutes. Prude died a week later due to “complications of asphyxia in the setting of physical restraint,” according to an autopsy report.

Five months after Prude’s death, Warren announced the suspension of seven Rochester police officers over their involvement in the incident. The city’s then-police chief, La’Ron Singletary, was also fired by Warren after the mayor accused him of keeping her in the dark regarding Prude’s death. Singletary had initially announced plans to retire. 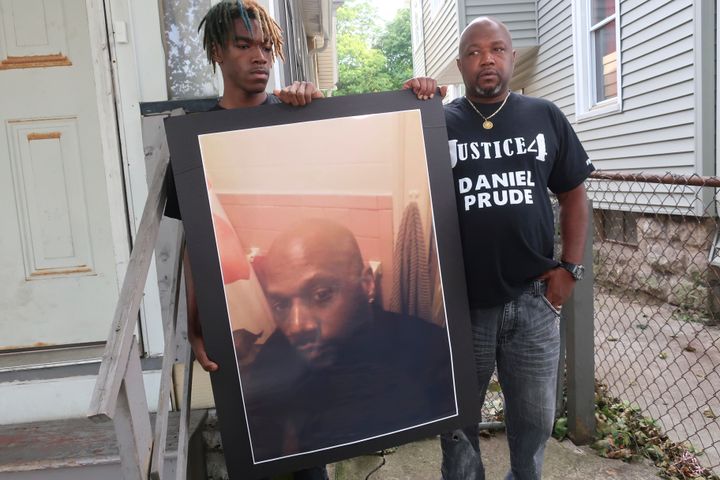 The city’s Office of Public Integrity concluded in December that there was no evidence of wrongdoing by a city employee in Prude’s death. Shortly afterward, Singletary filed a notice of claim, which is a precursor to a lawsuit, against the city. He’s accused Warren of pressuring him to lie about the series of events following Prude’s death and of firing him after he refused.

New York’s Office of the Attorney General is conducting its own investigation into Prude’s death. That investigation remains ongoing.

Body camera footage from Friday’s incident can be viewed below: