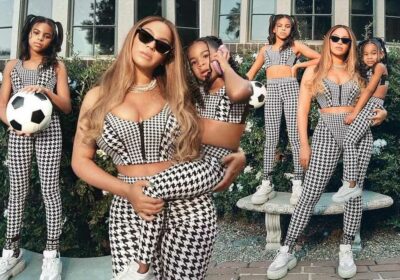 They grow up so fast.

Beyoncé posed with children Blue Ivy, 9, and Rumi, 4, for her latest Adidas x Ivy Park campaign, and shared a new still of the trio on Instagram Thursday.

For the mother-daughter moment — previously teased in a video clip announcing the new Halls of Ivy collection — the trio coordinated in black-and-white houndstooth looks.

Sisters Blue and Rumi looked practically identical in their matching sports bras ($30) and leggings ($50) from the kids’ range, while their superstar mom, 40, showed off the zip bra ($75) and tights ($85) in the same pattern. 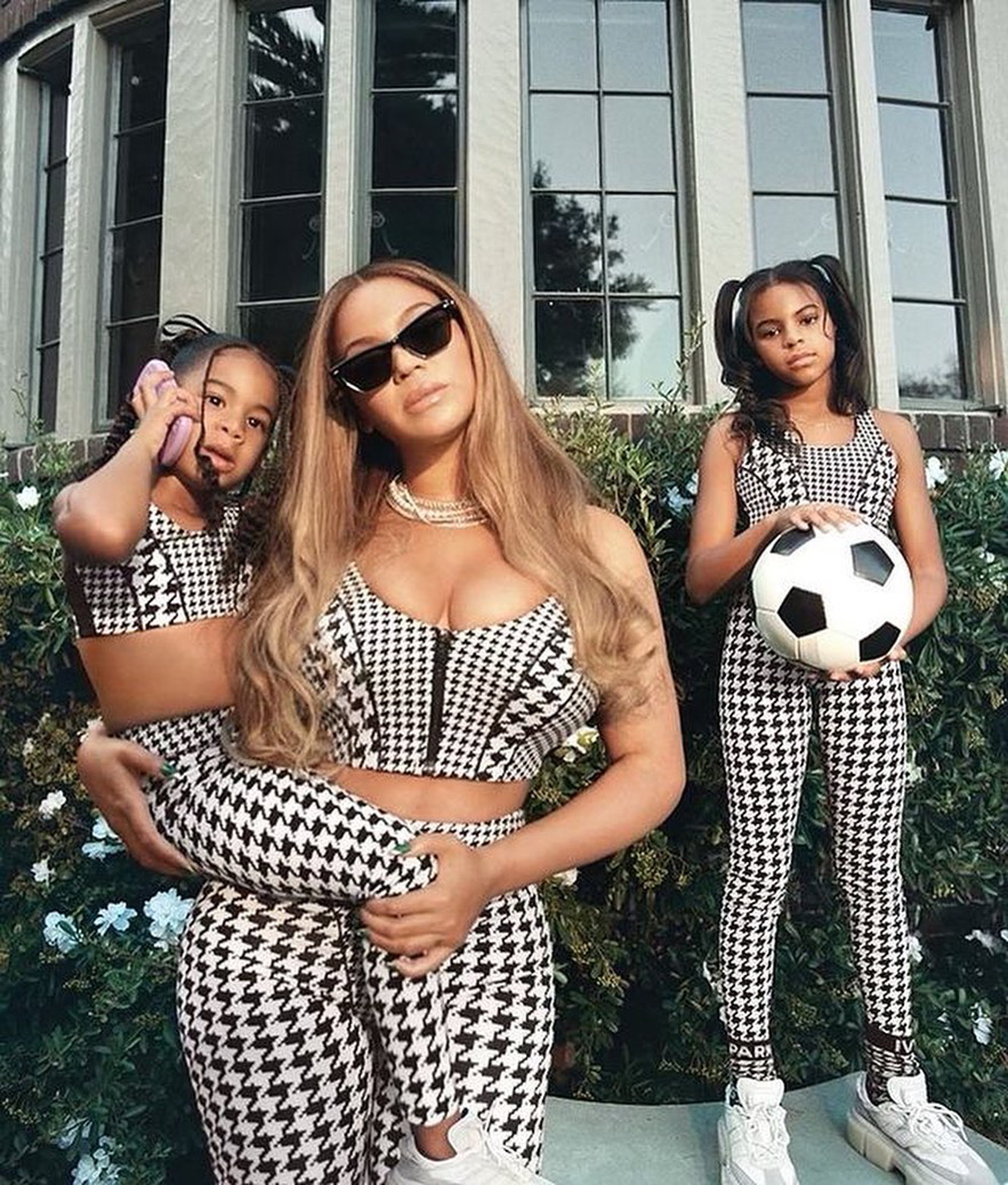 “Destiny’s Child is SHAKING at this trio,” a fan quipped on Instagram, while others couldn’t get over the Grammy winner’s lookalike little ones. “Beyoncé really hit copy and paste for Blue & Rumi,” one joked.

Beyoncé’s own offspring aren’t the only celebrity kids in the Halls of Ivy campaign. Natalia Bryant, the 18-year-old model daughter of Kobe and Vanessa Bryant, also makes an appearance, as do Reese Witherspoon’s children, 22-year-old Ava and 18-year-old Deacon Phillippe. 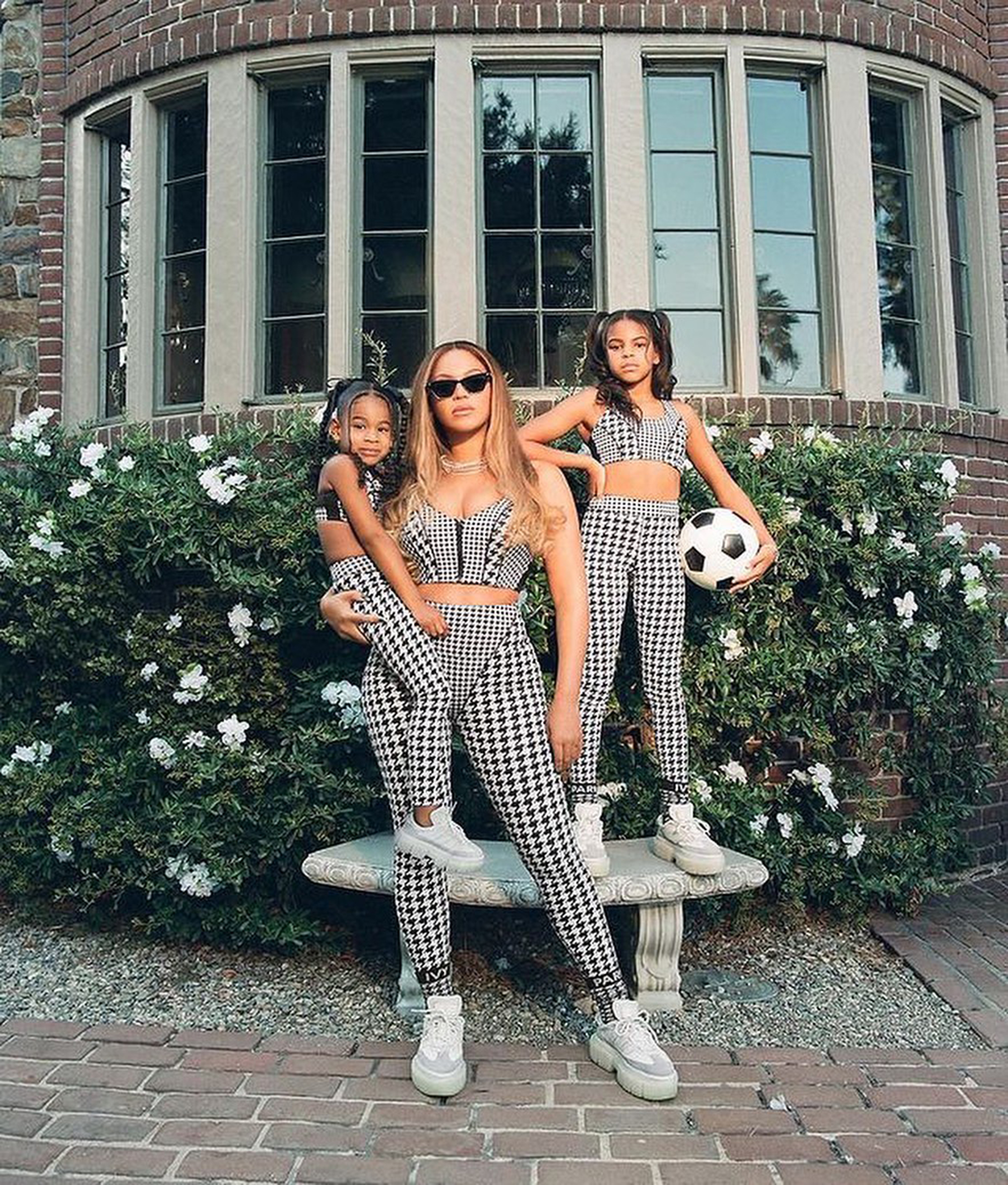