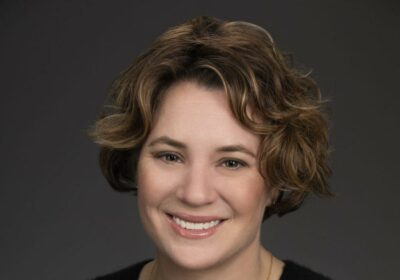 Leigh London Redman has been hired as president of Berlanti Productions, Variety has confirmed.

London Redman takes over the role from David Madden, who departed the company in April. She will report to Greg Berlanti and Sarah Schechter in her new role, which will see her heading up television operations for the company. She was most recently executive vice president of drama development for Warner Bros. Television, where Berlanti Productions is based.

“We couldn’t be more excited to welcome Leigh Redman to Berlanti Productions as our new President of Television,” Berlanti and Schechter said. “We have had the great fortune to work with Leigh throughout her tenure at Warner Brothers Television and Warner Horizon. Leigh was instrumental in developing ‘You’ and ‘The Flight Attendant’ among many others. She is smart, talented, kind and respected by talent and executives alike. Her story sense and intelligence is first rate. We are thrilled to get to work with her even more closely and continue to build our slate with her by our side.”

London Redman was named EVP of drama development for WBTV in August 2020. with the merger of Warner Horizon Scripted Television and Warner Bros. Television.

“During my tenure at WBTV it has been my privilege to work closely with Greg, Sarah and the Berlanti team on many shows including ‘You,’ ‘The Flight Attendant’ and the upcoming ‘Dead Boy Detectives’ and ‘Girls on the Bus,’” London Redman said. “Sarah and Greg have a keen understanding of how to make content that contributes to the cultural conversation in a meaningful way while simultaneously being highly entertaining. I’m beyond excited and honored to be joining Berlanti Productions in this new capacity and to get the opportunity to work alongside a roster of talented showrunners, writers, directors and crew that I have admired for such a long time. I’m also very grateful that, as I start this new chapter, I will also be able to continue to work with my WBTV family. I am incredibly grateful to Channing Dungey, Brett Paul, Clancy Collins White and everyone at WBTV for their support and friendship. I am excited to continue learning and growing alongside the best in the business in this new role!”

In her time as EVP, Redman oversaw the creation of numerous WBTV shows including “The Cleaning Lady” at Fox and “All American: Homecoming” at The CW. She was also involved in upcoming shows like “The Winchesters,” “Gotham Knights,” “Bad Monkey,” and “Pretty Little Liars: Original Sin.”

She was the executive vice president of scripted programming at Warner Horizon Scripted Television prior to the merger, working on shows like “Animal Kingdom,” “Claws,” “Fuller House,” and “Krypton.” She first joined WHSTV in 2010. Before that, she worked in drama development at CBS Studios. She began her career at APA.