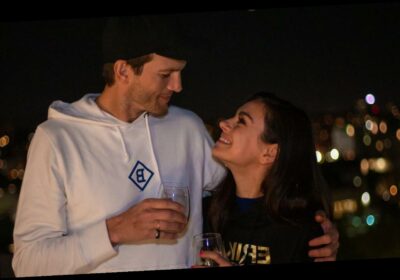 Ashton Kutcher has played a series of wildly successful roles, and has appeared both on the small screen and the big screen. Known best for his role as Kelso on That 70s Show, and his movie role in Dude, Where’s My Car?, he often plays characters that are quirky and not incredibly intelligent, but that couldn’t be further from the truth when it comes to what he’s like in real-life. In fact, what most fans don’t know is the fact that Ashton Kutcher is a wildly successful venture capitalist, with a keen eye when it comes to turning huge profits in the tech space. When it comes to investing, Ashton Kutcher definitely knows what he’s doing, and has used these smarts to elevate his net worth to $200 million.

Style reports on the fact that as handsome as he is, Kutcher is more than a handsome face on the screen. He happens to be on top of his investment game in the real world.

Most fans are unaware of the fact that Ashton Kutcher has been involved in business ventures for years. In fact, Business Insider reports that he first started dabbling in the world of investments in 2003. It was at that time that he started his own production company called Katalyst. He went on to co-found venture capitalist firms A-Grade Investments in 2010 and Sound Ventures, which took form in 2015.

The time and effort spent in launching A-Grade Investments proved to be immediately successful. Just 3 short years after its inception, this company was valued at over $100 million, proving that Ashton Kutcher has some serious earning power.

He’s known to gravitate towards tech investments, but he maintains a diverse portfolio, including big stakes in Skype, Spotify, Uber, Foursquare, and even Airbnb.

His Appearance On Shark Tank

Like every savvy investor, Ashton Kutcher knows to stick to what he’s good at, but also realizes he stands to benefit by keeping his mind open to unique opportunities that present themselves.

His appearance on Shark Tank in 2015 proved that Kutcher knows a good deal when he sees one, and isn’t afraid to take the plunge and take on something new. He and fellow shark Lori Greiner split a deal worth $2000,000 each which sees them take on a 15% stake of Beebo. This cool new concept helps dads like Kutcher with bottle feeding babies. The concept involves a shoulder strap which helps to hold a bottle in place to make feeding time easier. Kutcher, who was previously hailed for requesting diaper change areas be placed in men’s bathrooms, was the perfect match for this investment.

Learning From The Best

Everyone needs a mentor, and Kutcher credits much of his success in the investment world to one of Silicon Valley’s top venture capitalists and philanthropists, Ron Conway. Yahoo Finance reports that Conway took Kutcher under his wing and offered up some incredibly valuable tips and tricks that Kutcher has continued to reap the benefits of, to this day. Conway coached Ashton Kutcher on how to manage all aspects of his money, and was helpful in guiding him about the ins and outs of the investment world.

Style reported Kutcher as saying; “He completely opened up his investment portfolio to me and really started explaining to me how things worked and what his strategy was.”

Many celebrities have dabbled in the world of investments, and some have mastered the art of growing their money in the world of trades. However, Ashton Kutcher stands out among the rest in a very big way. He has made a name for himself in Silicon Valley and has been coined as being one of the most dedicated, savvy investors to have originated from the celebrity world.

He’s most certainly among the most experienced, successful tech investors that Hollywood has ever seen, and has truly managed to dramatically increase his wealth with this knowledge.

Style goes on to say; “From turning a US$30 million fund into US$250 million in six years, to making early bets on Uber and Airbnb, he’s built a successful and lucrative investing career.”

Ashton Kutcher has dominated the world of investments and has become a highly respected figure who is taken seriously. Sharing his experience and insight, Kutcher has continued to gain traction with his tech investments and is said to have invested more than $3 billion into start up ventures, as well.

While his acting career has certainly generated a multi-million dollar income stream, Kutcher was able to leverage his expansive investment knowledge to ensure that he continues to increase his wealth in leaps and bounds by putting his money to work for him in the investments realm.