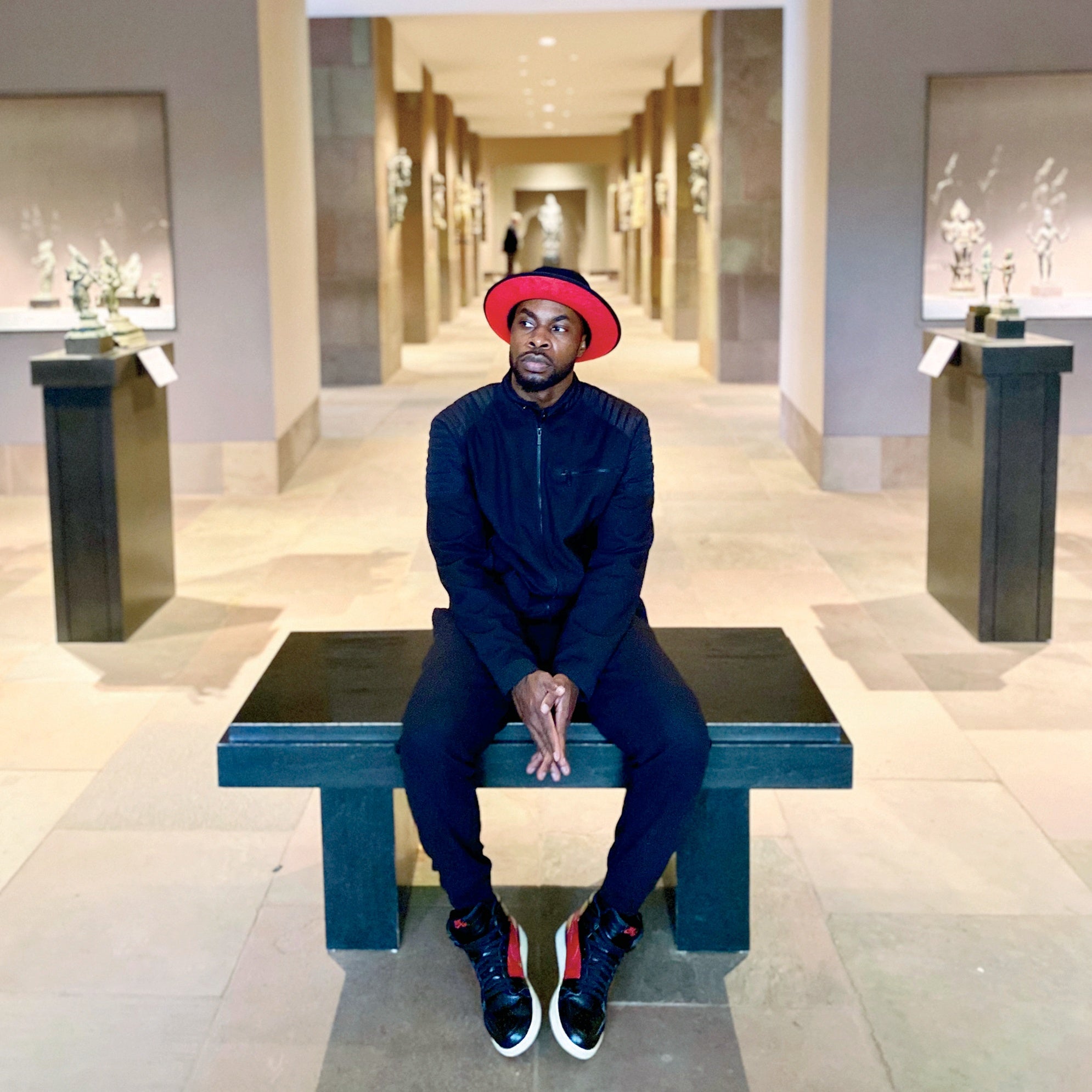 Connecting these freedom fighters with the visual symbolism of superheroes and layering the colorful imagery with quotations from these and other Black sheroes makes a powerful statement. Indeed, Cooper’s vibrant and unapologetic mash-ups of history and pop culture have been featured in art exhibitions nationwide and attracted celebrity fans. 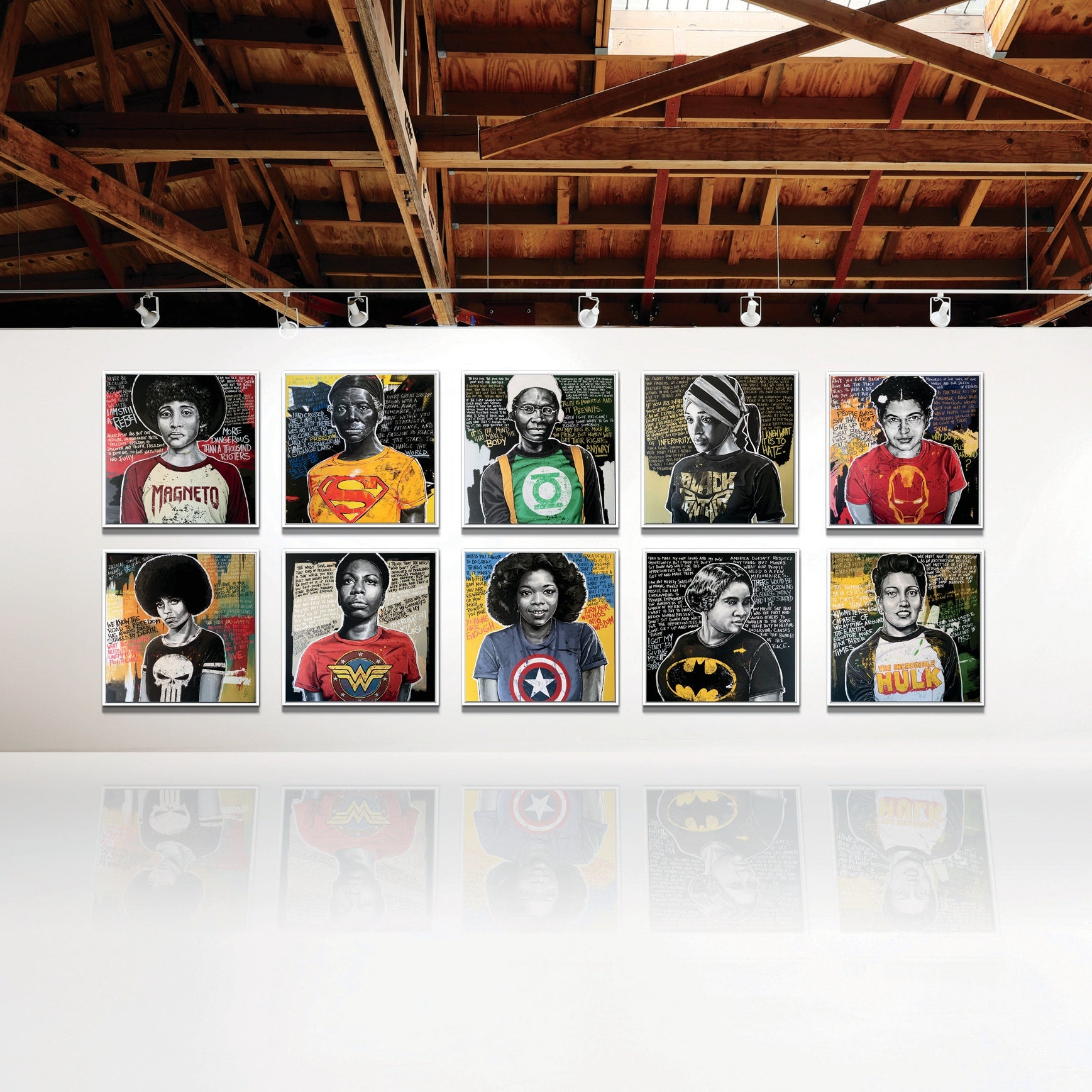 His particular approach to the series might leave some wondering why he hasn’t followed some cultural icons, like author Roxane Gay and fantasy writer N. K. Jemisin, into the medium of comic books. “Comic books have played a big role in my journey and pushed my passion to draw,” admits the Liberia-born, Los Angeles-based artist. “But I decided to pursue the fine arts because it allows me to be more serious in the messages I convey, with the whole story on one page. I love that.”

I decided to pursue the fine arts because it allows me to be more serious in the message I convey, with the whole story on one page. I love that.”

Drawing since the age of 3 with a skill and vision beyond his years, Cooper was inspired in his craft by artists as diverse as Norman Rockwell and Ernie Barnes. The latter is most famous for the painting titled “The Sugar Shack,” from Good Times; the painting also adorned the cover of Marvin Gaye’s 1976 album, I Want You. “Good Times aired in Liberia when I was a child,” Cooper recalls. “That painting always grabbed my attention. 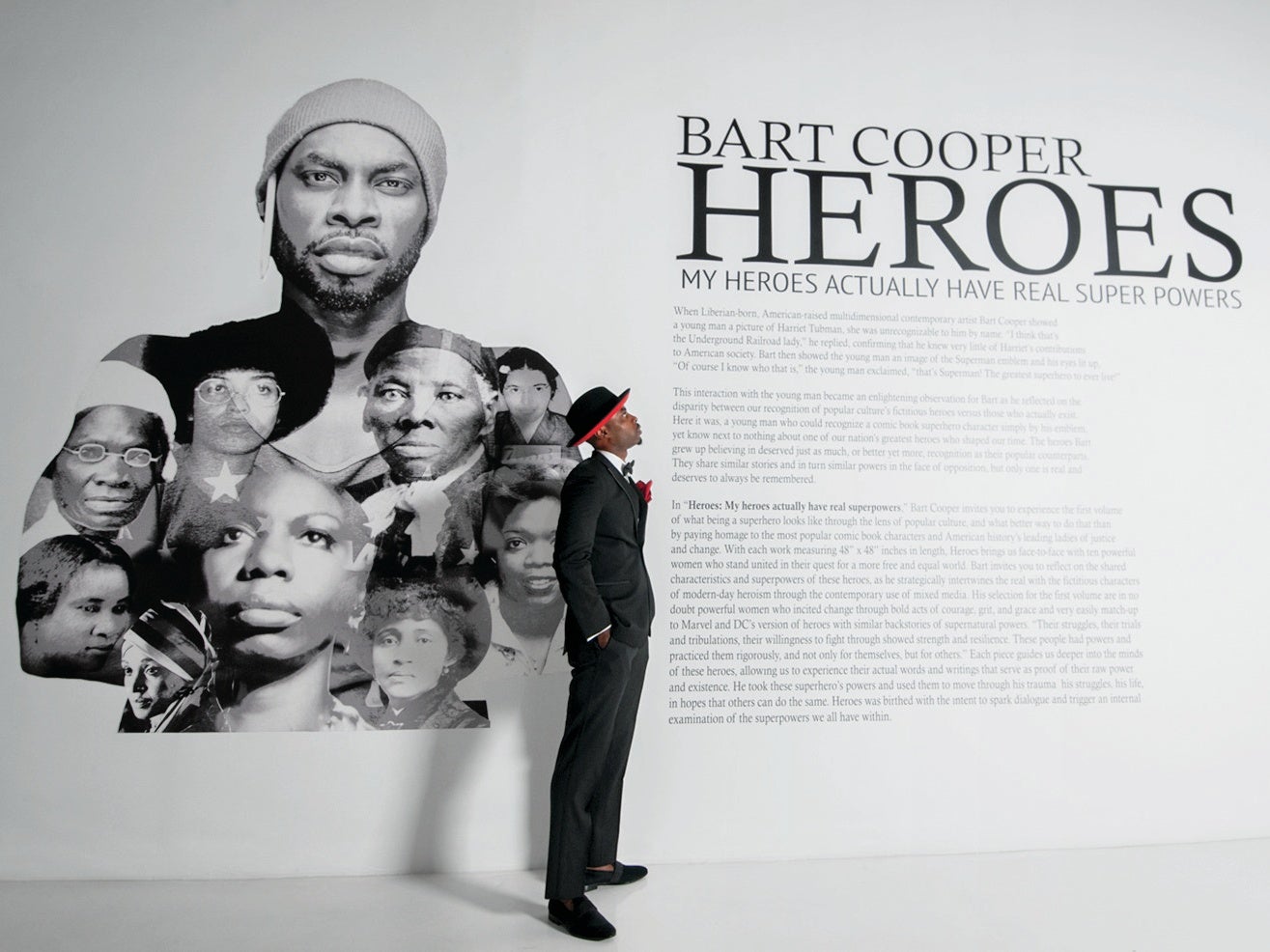 Each time I watched the show, I would wait to see the painting, to take in something new.” As for Rockwell, Cooper notes that “his figurative works capture the essence and soul of America. I want my art to do the same. I want to speak to the soul of viewers when they lay eyes on my work.” Celebrity culture is at the center of much of Cooper’s work. 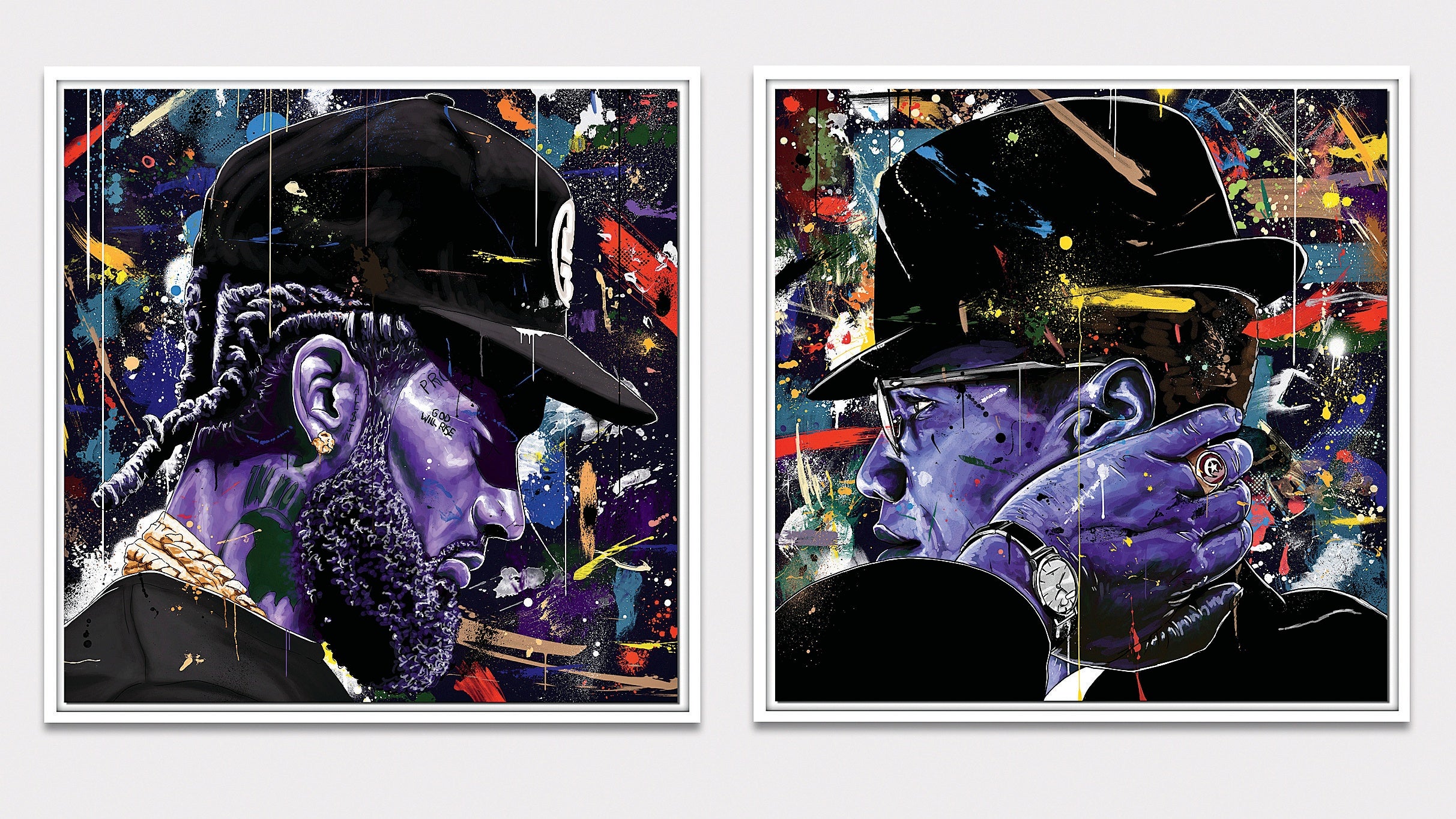 His Fame series features Kanye West in multi-color acrylic portraits, reminiscent of Andy Warhol’s photographic silkscreens. He also rendered Rihanna, Janelle Monáe, Grace Jones and others in his Purple Series, dedicated to distinctive figures in pop culture. “Each one possesses a certain uniqueness,” he says, “an authenticity that makes them a one-of-a-kind individual. They inspire me to take a page out of their book, to push myself to be that rare individual, too.” By all indications, Bart Cooper is already there.

This interview originally appeared in the May/June 2020 issue of ESSENCE magazine, available on newsstands now.