Home » Lifestyle » Are Prince William and Kate Middle 'Trapped' in the Monarchy?

Are Prince William and Kate Middle 'Trapped' in the Monarchy? 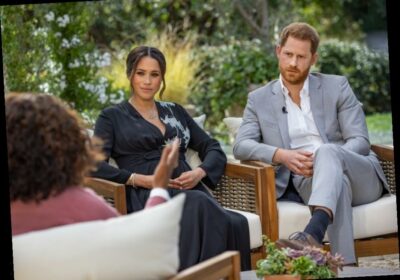 What did Prince Harry say about Prince William being trapped?

On March 7th, the highly-anticipated interview between Prince Harry, Meghan, and Oprah was broadcast. Viewers all around the United States tuned into the interview, and by the time the event was over, the public’s perception of the royal family was changed forever.

In the interview, Prince Harry opened up about how unhappy he was as a senior member of the royal family, admitting: “I was trapped, but I didn’t know I was trapped.”

Furthermore, Prince Harry opened up about his relatives and their roles within the royal institution. He said: “My father and my brother, they are trapped. They don’t get to leave. And I have huge compassion for that.”

Prince Harry did admit that he “didn’t know” if Prince William wanted to leave the monarchy, stating that he can’t speak for his brother — but his words caused an uproar, nonetheless. Prince William, as many royal fans are aware, is next in line to the British throne, after his father, Prince Charles. The idea that the royal could feel “trapped” by his responsibilities is truly shocking news.

Prince William and his wife, Catherine, Duchess of Cambridge, have always publicly embraced their paths. The two have been together for nearly two decades, after first meeting as students at university.

Prince William, as the heir to the throne, has maintained a jam-packed schedule since he was a very young man, appearing alongside his father and grandmother at various public events, presenting the perfect picture of respectability.

Still, Prince Harry’s words throw some doubt on his brother’s true feelings, as well as those of Kate Middleton, the future queen consort.

As reported by People, the truth of the matter is far from what Prince Harry described in his interview with Oprah. A source close to the royal family spoke out in the report, stating that Prince Harry’s words about his brother were “way off the mark,” and that Prince William “has a path set for him and he’s completely accepting of his role. He is very much his grandmother’s grandson in that respect of duty and service,” the source told the outlet.

Another source spoke out, claiming that both Prince William and Prince Charles have an attitude about their duties that is very different than what the public’s perception might be. The source stated that while both men sometimes get “frustrated” about the rigidity of their duties, they both have a clear understanding that “if you want the monarchy to exist, this is what it is.”

Unfortunately, the divide between Prince William and Prince Harry seems only likely to widen in the coming days, as both men deal with the fallout in their own way.