Are Australian men victims of sexism? Are men victims of sexism?

It was the surprise statistic to come of the largest-ever survey of its kind on the issue of sexism in Australia. 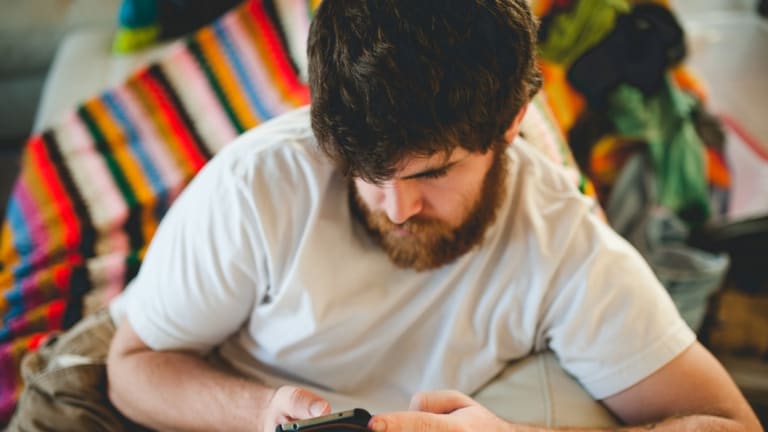 For all its positive campaigns such #MeToo, social media can also “sharpen differences and this creates echo chambers.”Credit:Stocksy

Commissioned by SBS in conjunction with Sydney’s Macquarie University, the survey results were explored in SBS’s new documentary Is Australia Sexist?

Professor Catherine Lumby of Macquarie University, who was a co-supervisor on the survey, says the belief that men suffer from sexism is a complex issue.

One factor is the dramatic economic changes fuelled by globalisation which has created a growing male underclass who are not sharing the fruits of prosperity.

These men are doing it tough, and for them – she believes feminism can be an easy scapegoat.

However, their plight is the result of fundamental economic changes, not feminism, Dr. Lumby points out, citing the disappearance of the traditional blue-collar manufacturing and mining base in her hometown of Newcastle.

These men would be better off demanding action from political leaders for better labour rights and conditions, but alarmingly, politicians around the world are increasingly exploiting the politics of male grievance for electoral gain.

For all this, Dr. Lumby does believe men are experiencing critical challenges because of their gender: from high suicide levels to male-on-male violence.

It’s a tough time to be a young man, she says.

Some are increasingly prey to not just the darker side of social media which legitimises and amplifies the politics of male resentment – she cites the incel movement and the more radical fringes of the Men’s Right movement – but the rise of charismatic speakers such as Canadian academic Jordan Peterson.

For all its positive campaigns such #MeToo, social media can also “sharpen differences and this creates echo chambers.”

“There is probably a lot of uncertainty for young men in a society where the very idea of gender is being challenged – literally.

“We are living in a rapidly changing world… for young men, you’ve got to be pretty lionhearted to not be a little uncertain about where you stand and what it means to be a man.”

Has feminism gone ‘too far’?

Australia appears to have become an increasingly unequal place for women, according to studies such as the World Economic Forum’s Global Gender Gap Report 2017.

So why then do almost half of both men and women believe feminism has gone “too far”, according to the survey?

Dr Lumby believes that this has a lot to do with how people define the label “feminist” – many associate it with radicalism and man-hating.

“However, in conversations with men and women, a vast proportion of people say, I’ve got a daughter, of course I want her to have equal rights.”

A backlash in full swing

Dr. Lumby believes the negative view of feminism is part of wider backlash against the strides made by women and other minorities in recent years, spearheaded by disenfranchised men claiming reverse discrimination.

This growing culture of victimhood is built on male resentment over being forced to share power, she believes. To them, giving slices of a pie to others – women, people of colour, migrants, asylum-seekers – means less pie for them.

This is despite men still dominating the levers of power, be it in politics or the corporate world, she points out.

Men may have workplace challenges but they don’t face “the fundamental structural discriminationthat is structured into the workplace and our world. Women deal with [it], people of colour deal with [it]. It’s not ad hoc.”

No one wins in an unequal world

In the end, gender stereotypes are a straightjacket for both sexes, Dr. Lumby says. A society where gender was less of an issue would free up both men and women.

Men, in particular, would be released from constricting gender stereotypes about being the family breadwinner, giving them more flexibility when it comes to career choices, work/life balance, caring for children and expressing their emotions in a healthy way.

Freed from a rigid stereotype of masculinity, they would live better lives, Dr. Lumby believes.

“I want it to happen. I’ve got teenage sons whom I adore.”

Is Australia Sexist? is available to stream on SBS On Demand. This article was originally published on SBS Life.