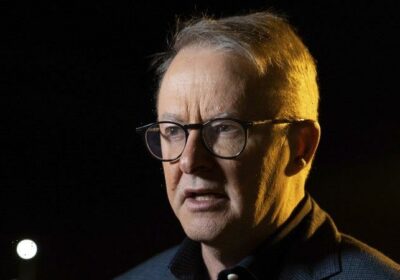 Anthony Albanese lands in Europe amid the gravest challenge the region has faced in six decades. Just five weeks into the job, this won’t be any sort of victory lap.

The new prime minister will sit at the table with leaders from the world’s biggest military alliance and trade off one of the strongest legacies inherited from his predecessor: that in supplying aid and defence equipment to Ukraine, Australia is the largest non-NATO contributor to the efforts to support Kyiv’s sovereignty. 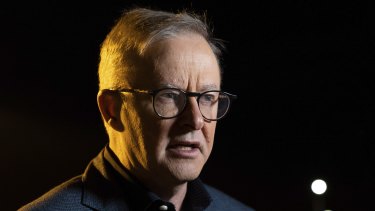 Prime Minister Anthony Albanese arrives in Spain on Monday for talks on the future of the Russian invasion of Ukraine.Credit:Alex Ellinghausen

It’s something that’s worth boasting about.

The war might seem a million miles away, but Australians must not dismiss Russia’s war in Ukraine as something that does not affect them. As Albanese’s very many meetings with world leaders in the coming days will affirm, it has major consequences for all corners of the globe.

“We know that there is an alliance that has been reached … between Russia and China,” Albanese told ABC radio prior to departing.

“There are implications for our region, given the strategic competition that is in our region, which is why this NATO summit comes at such a critical time.”

Albanese has been around long enough to understand the fine balance of an Australian prime minister legitimately taking to the world stage and what the public would view as an indulgence.

This trip is perhaps earlier in his term that he had hoped for but a crisis such as this awaits no one.

Formed in 1949 as a response to the Soviet colonisation of the countries liberated from Nazism, NATO is still focused on the threat from Moscow, even though the Soviet Union is no more. Some of those once-colonised countries have become members and joined the EU.

Though NATO is far stronger than Russia, it is challenged by the Ukraine war because it is not a direct participant, can act only by supporting Ukraine, and has no obvious diplomatic route out of the conflict.

The alliance now knows its long-term vision must look beyond its geopolitical moorings and to the Indo-Pacific – where an ever-assertive China is concentrating and that’s where Albanese comes in, as he tries to balance Australia’s role in Asia and the ongoing pull of historical ties to Britain, Europe and North America.

Albanese’s election has been met with a great deal of positivity throughout Europe and, mainly through Labor’s bolder climate pledges, the new leader attracts much goodwill. It is here the new prime minister can find common ground with Britain’s Conservative leader, Boris Johnson, whose government is concerned that Albanese might not be as committed to the relationship between the two nations as his predecessor.

But no European capital could be happier about his election that Paris. Former prime minister Scott Morrison and his foreign minister Marise Payne badly misjudged and mismanaged Australia’s relations with France, and through Paris with the wider European Union.

Resetting the relationship with France in talks with Macron will also be a chance to bolster Franco-Australian Pacific co-operation.

A “fair and an equitable settlement” of $850 million for ending a decade-old multi-billion-dollar submarine contract is a good start, but resetting the relationship from a position of trust will be probably the most important contribution Albanese can make. Because he will need to drive a hard bargain.

Australia desperately needs Macron to give a commitment to help secure an EU-Australia trade deal.

Fiffteen European Union governments have called for the bloc to accelerate the conclusion of free trade agreements to ensure its long-term economic growth and geopolitical standing in the world.

France, which holds the six-month rotating presidency of the EU, had halted moves to clear trade deals so as not to disturb presidential and legislative elections. And now for Macron domestically, the resurgent political forces on the left and right of French politics poses a real threat they might impose their protectionist will on trade policy across Europe.

With the decline of the trading relationship with China, Australia must gain new markets. An agreement with the EU has the potential to open up a market for Australian goods and services of almost 450 million people and a GDP of around US$15 trillion. As a bloc, the EU is Australia’s second-largest trading partner.

Albanese also needs to convince Macron that standing up to China is in the best interests of Europe.

The French leader has been sceptical of NATO’s role in pivoting towards China as part of its 10-year, suggesting that focussing on the Asian giant might be a distraction with the threats closer to home.

“The fact that they’re investing heavily in new modern military equipment, including scaling significantly their nuclear capabilities, investing in key technologies, and trying also to control critical infrastructure in Europe coming closer to us, makes it important for us also to address that,” he said last week.

It took Australia to convince Britain of the challenge of China and Albanese now owns the task for Australia and many other nations in managing Beijing’s power.

While his instinct will to be look towards his backyard, he must remember that strong historic ties of Europe can play a major role.

Australia has long thought its primary risks and responsibilities are in the Indo-Pacific, but as Stoltenberg point outs, security threats are no longer limited by distances, zones of conflict or borders.