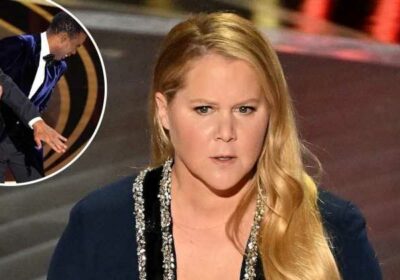 Still in shock. Amy Schumer may have put a funny foot forward after Will Smith slapped Chris Rock at the 2022 Oscars — but the moment left a major impression.

Celebrities React to Will Smith Slapping Chris Rock at 2022 Oscars

“I think we can all agree that the best way to unpack what happened is to stream my series @lifeandbethhulu and see me on tour this fall,” she wrote via Instagram on Wednesday, March 30. “But for real. Still triggered and traumatized.”

The Trainwreck actress, 40, went on to praise Rock, 57, for keeping his composure on stage. “I love my friend @chrisrock and believe he handled it like a pro. Stayed up there and gave an Oscar to his friend @questlove and the whole thing was so disturbing,” Schumer continued. “So much pain in @willsmith anyway I’m still in shock and stunned and sad.” 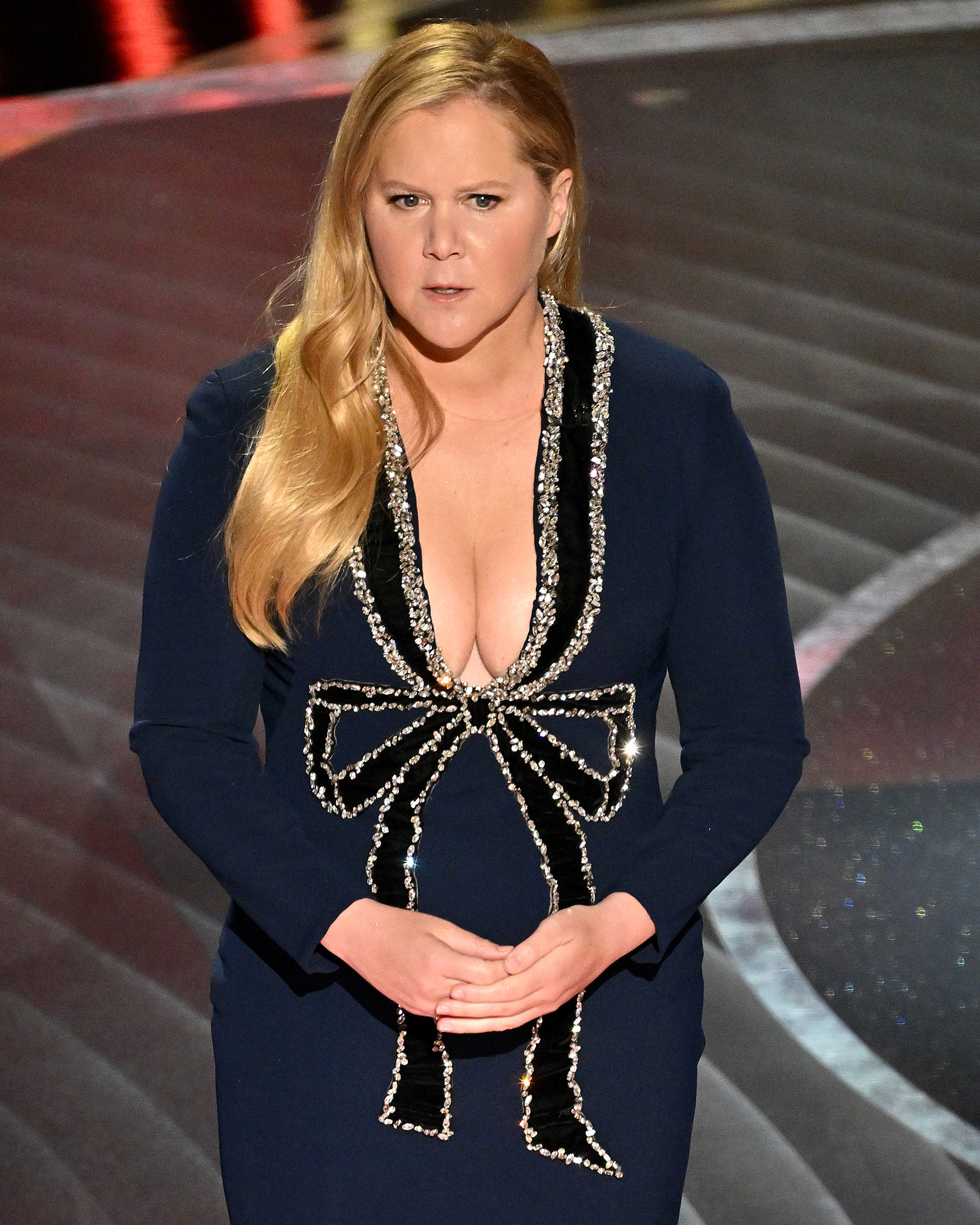 Schumer hosted the Sunday, March 27, awards show alongside Regina Hall and Wanda Sykes. “I’m proud of myself and my cohosts,” she concluded on Wednesday. “But yeah. Waiting for this sickening feeling to go away from what we all witnessed.”

Sharon Stone added, “You were fabulous hilarious and beautiful 👏🔥❤️,” while singer Brandi Carlile congratulated Schumer on her “grace” under pressure.

The 94th annual Academy Awards took an unexpected turn when Smith, 53, rushed onto the stage and hit Rock in the face after he made a joke about Jada Pinkett Smith‘s shaved head. (The Gotham actress, 50, has been candid about her experience with hair loss due to alopecia.) 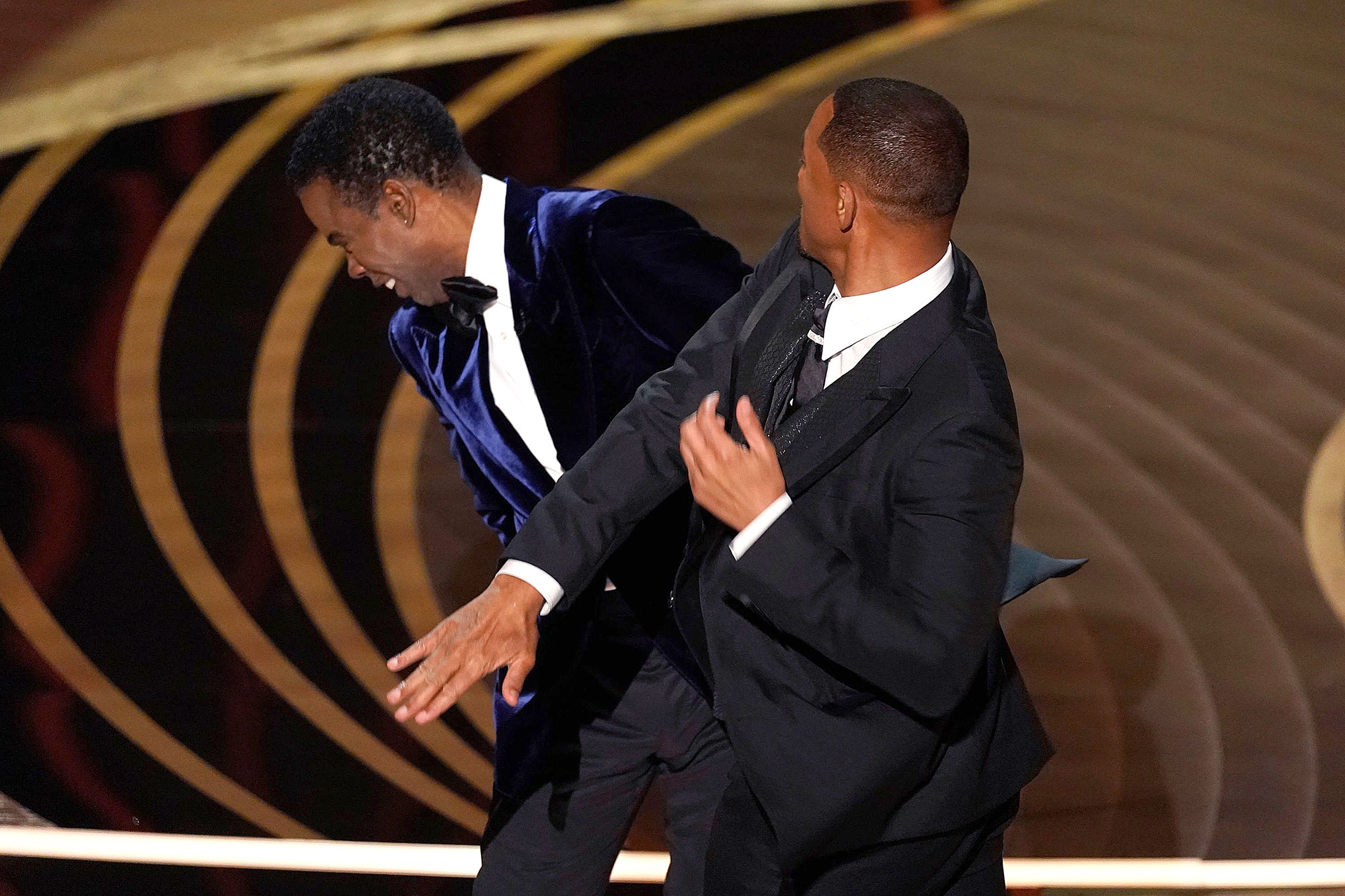 “Will Smith just f—king smacked the s—t out of me,” the former Saturday Night Live cast member said in disbelief as Smith returned to his seat and shouted, “Keep my wife’s name out of your f—king mouth!”

Kirsten and Jesse! Will and Jada! See Hottest Couples on Oscars Red Carpet

When Schumer emerged after a commercial break, she attempted to move the ceremony forward with a lighter attitude. “I’ve been getting out of that Spider-Man costume. Did I miss anything?” the Life & Beth actress teased. “There’s, like, a different vibe in here.”

Smith later apologized for his “inexcusable” actions in a lengthy Instagram statement, but Rock wasn’t the only presenter who sparked controversy during the awards. The Inside Amy Schumer alum was forced to clarify a joke she made about Kirsten Dunst being a seat filler after some viewers believed she took the bit too far.

“Hey I appreciate the love for Kirsten Dunst,” the Golden Globe nominee wrote via her Instagram Story on Monday, March 28. “I love her too! That was a choreographed bit she was in on. Wouldn’t disrespect that queen like that.” Dunst, 39, proceeded to share the post via her own Instagram Story.