The woman at the center of the A$AP Rocky and Rihanna cheating rumors slammed the allegations as an “unfounded lie.”

Fashion designer Amina Muaddi, the shoe designer behind the Fenty 2020 collection, issued the statement on her Instagram Story Friday denying any involvement with Rocky.

“I’ve always believed that an unfounded lie spread on social media doesn’t deserve any response or clarification, especially one that is so vile,” she began. “I initially assumed that this fake gossip — fabricated with such malicious intent — would not be taken seriously.

“However in the last 24 hr I’ve been reminded that we live in a society that is so quick to speak on topics regardless of factual basis and that nothing is off limits.

“Not even during what should be one of the most beautiful and celebrated times in one’s life,” Muaddi continued, referring to Rihanna’s pregnancy.

Muaddi, 36, explained that she decided to “speak up” because the rumors not only affected her but also were geared to people she has “a great amount of respect and affection for.” 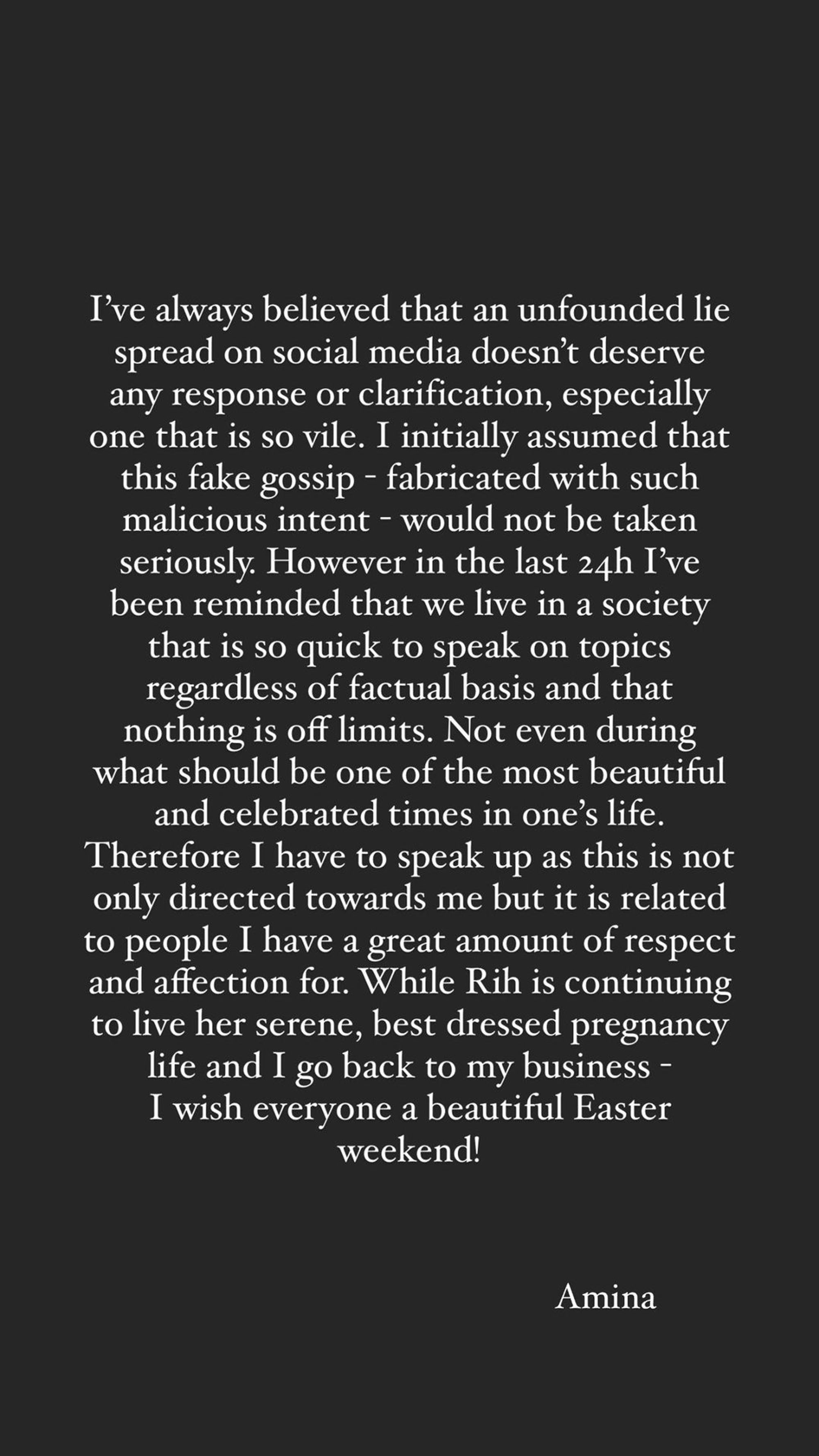 The designer signed off her statement by wishing everyone a “beautiful Easter weekend” as the “Umbrella” singer continues to “live her serene, best dressed pregnancy life.”

Rihanna, 34, and the “Praise the Lord” rapper, 33, were hit with cheating rumors late Thursday when writer Louis Pisano claimed on Twitter that the couple had split because he allegedly cheated with Muaddi. But a source close to the couple said they’re still going strong. 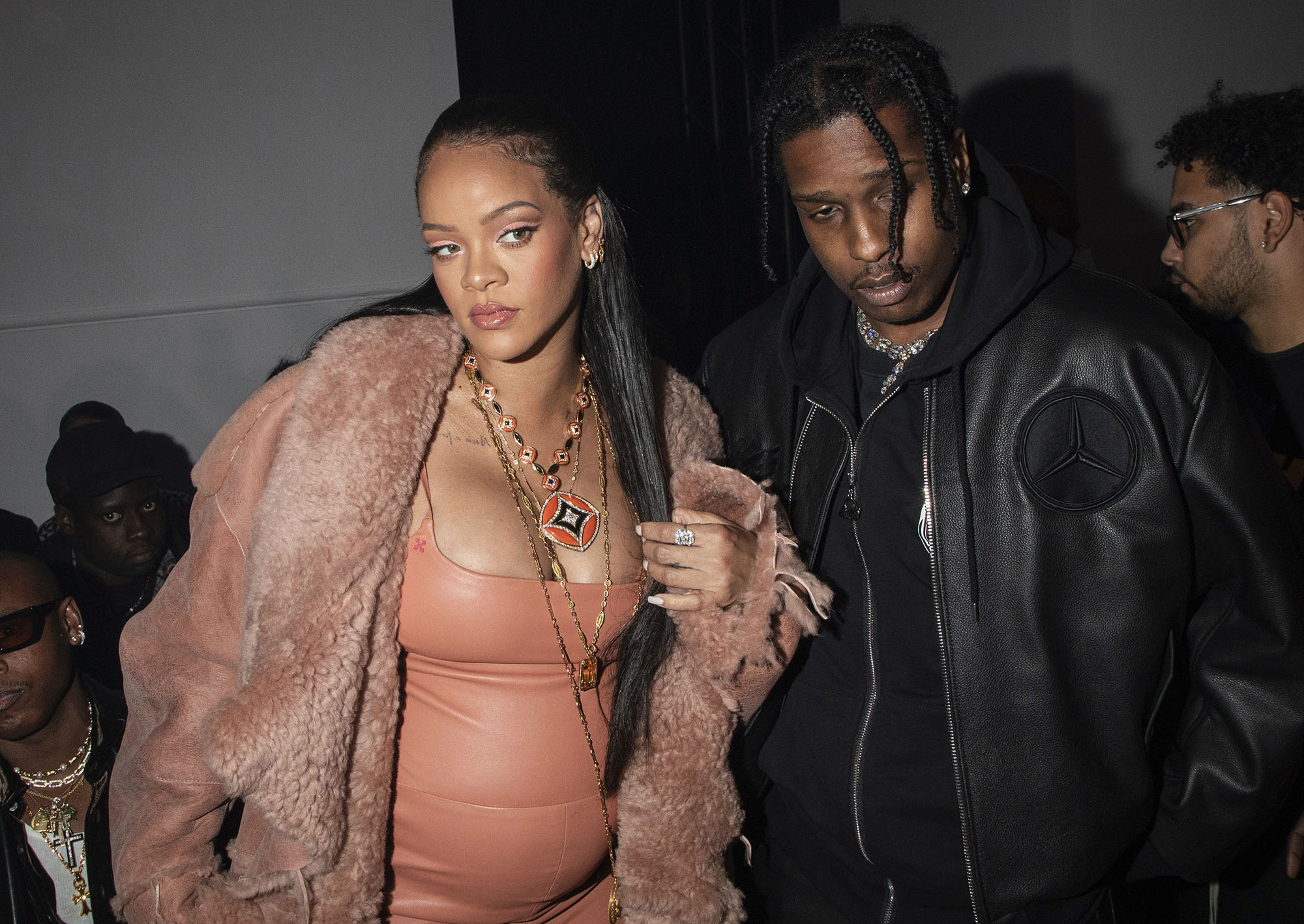 A separate eyewitness who saw Rihanna and Rocky on a date at Craig’s in West Hollywood two weeks ago also told us, “She looked fine, and when they walked out they were fine. It felt normal between them.”

Page Six also obtained footage of the pair holding hands as they exited the restaurant.

Neither Rocky nor Rihanna have publicly responded to the rumors.