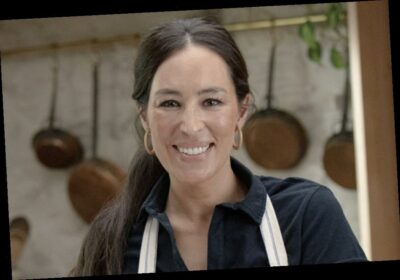 Joanna Gaines has been absent from our television screens since her show Fixer Upper ended on HGTV. However, the star and her husband Chip Gaines are preparing a huge comeback. The couple are set to premiere their own TV channel this year called Magnolia Network. One of the shows fans are eager to watch is Magnolia Table with Joanna Gaines and all the episodes are now available on Discovery Plus.

How to watch ‘Magnolia Table with Joanna Gaines’

Fans have known Joanna as an interior designer but they will soon love her for her skills in the kitchen, cooking. Joanna will be the star of her own show called Magnolia Table with Joanna Gaines which is part of the Magnolia Network premiering later in 2021. The channel is part of a bigger project called Discovery Plus that combines all of the Discovery Networks into a single streaming service.

The episodes of the cooking show are already streaming on the service for everyone’s enjoyment and fans are already raving about it.

Episode 1 is titled “A Family Tradition” and it’s where Joanna makes a Lebanese dish called fatayer which she describes as a “hamburger in a biscuit.” She also makes a Lebanese salad, hummus, and baklava for dessert.

Episode 2 is titled “A Friendsgiving Feast” where Joanna makes a Friendsgiving casserole consisting of chicken, bread, and a cream sauce. On the side, she made mashed potatoes, green beans amandine, cranberry sauce, and a cherry almond crisp for dessert.

Lastly, Episode 3 is called “Homemade Comfort Food” where Joanna shared a recipe from her dear friend Mrs. Gail. Joanna teaches fans how to make Mrs. Gail’s parmesan chicken and fettuccine Alfredo which she pairs with a layered arugula salad with pear vinaigrette and tiramisu for dessert.

The Discovery Plus app is already available from your favorite app store but it does come at a cost. It’s $4.99 a month for the basic plan and $6.99 for an ad-free plan, but new subscribers get a 7-day free trial, perfect for binging Magnolia Table with Joanna Gaines.

As Magnolia Table with Joanna Gaines premiered, fans that are subscribed to the Magnolia newsletter were greeted with a special letter from the star. Joanna talks about how special the kitchen area of one’s home is.

“There’s an old adage about how the kitchen is the heart of the home, and as trite as that may sound, I’ve come to believe it’s true,” Joanna writes. “Our kitchens hold us together. No matter the size or shape, if you have a great big island or limited counter space, this room tells a similar story.”

Joanna goes on to list the multiple life events one gathers in the kitchen for like birthdays and holidays.

“This cooking show is a celebration of just that — family, community, and traditions that begin in the kitchen and unfold around the table,” Joanna continued. “It’s for this very reason that I wanted to kick off episode one with my Fatayar and Lebanese Salad. These recipes bring back memories of my grandfather and the many times he made this for our family growing up.”

More episodes of Magnolia Table with Joanna Gaines are expected to premiere this year.