Home » Lifestyle » ALEXANDRA SHULMAN'S NOTEBOOK: Does D&G mean woke is on the wane?

ALEXANDRA SHULMAN'S NOTEBOOK: Does D&G mean woke is on the wane? 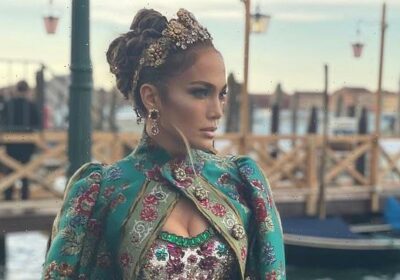 ALEXANDRA SHULMAN’S NOTEBOOK: Does Dolce & Gabbana’s comeback mean woke is on the wane?

You’d have to be head down in the Tora Bora mountains to have avoided the avalanche of Dolce & Gabbana publicity in recent weeks.

First was the total takeover of Kitty Spencer’s wedding when the bride wore countless D&G gowns throughout the day before honeymooning on the Amalfi Coast in a carousel of yet more of their frocks.

The combination of Princess Diana’s niece, a splendid Italian setting and thousands of pounds’ worth of clothes meant newspapers and websites were flooded with photos. 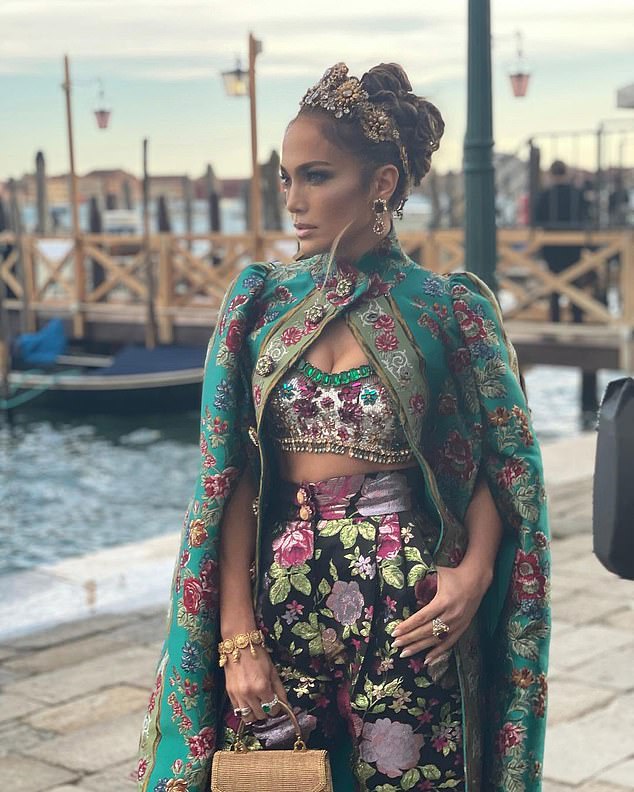 Jennifer Lopez emerging from a gondola in their exuberant trademark florals

Then last week the duo held their annual Alta Moda (Italian for high fashion) show in Venice, ensuring any space not devoted to the downfall of Kabul or the doomed alpaca Geronimo was taken up by their riotously over-the-top couture.

There was Helen Mirren, all twinkly-eyed and silver-haired, posing in a mille-feuille of patterned silks in St Mark’s Square.

Next up, Jennifer Lopez emerging from a gondola in their exuberant trademark florals. And flooding guests’ Instagram feeds alongside the frocks came a display of Studio 54-style, buff boy dancers in tiny satin shorts at the post-show party.

These biannual extravaganzas are a highlight of the fashion season for the invited celebrities and press.

I’ve been lucky enough to have been on several of these no-expense spared weekends.

One was on the island of Capri, where a cavalcade of boats dispatched ball-gowned models on to a hidden cove turned catwalk, another in the resort town of Portofino where the couple turned their hilltop estate into an imagined Midsummer Night Dream and Kylie performed at a gold-themed disco.

And then, a few years back, the razzmatazz took a swerve and it looked as if it was all going horribly wrong.

Domenico Dolce and Stefano Gabbana’s supposed crimes read out in the courtroom of social media included a #DGLovesChina marketing video making fun of a Chinese model eating spaghetti with chopsticks, and Stefano’s critical comments on gay parenting and IVF.

Diet Prada, the Instagram account that acts as the fashion industry’s Stasi, piled in along with hordes of online commentators declaring that the couple – whose political incorrectness has never been in doubt – were on borrowed time. 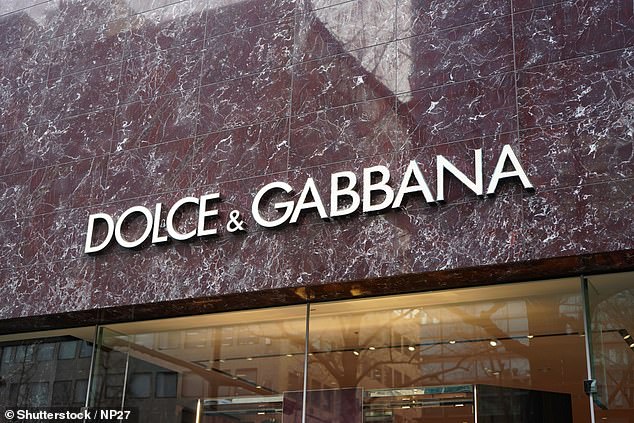 Is this an example of how the flash fury so easily stoked by social media can be managed away with enough money flung at charitable donations and the clever use of brand ambassadors?

Happily, since I’m a fan of the unashamedly unfiltered duo – think double-dose Piers Morgan – all now appears to be forgiven and forgotten.

Sales figures are up, the brand is back on the red carpet. The recent Alta Moda was lauded as the joyful, excessive – but not exactly woke – display of super-pricey fashion that it is.

Is this an example of how the flash fury so easily stoked by social media can be managed away with enough money flung at charitable donations and the clever use of brand ambassadors?

Or is it – fingers crossed – the first green shoots of a more profound change in the air?

A sign that the crazy cultural world of the moment where publishers, museum administrators, magazine and TV commissioning editors run scared of anything containing the vaguest possibility of offence to some constituency or other, is on the wane? Now wouldn’t that be something to celebrate…

When Fiona Bruce fessed up in a recent Radio Times interview to her reliance on her long-term nanny, she reopened the familiar quality v quantity time debate: are our children deprived if we delegate some of their care to a nanny?

I’ve never understood the prejudice against nannies if you’re a full-time working parent. Nor do I admire women, and it usually is women, who for some reason never admit to employing one, as if childcare was somehow magically achieved in their absence.

I’m endlessly grateful to the many young women who lived with us. They cheerfully cared for my son for the early years of his life, baking pirate-ship cakes and organising play dates, as I went off to earn our living. 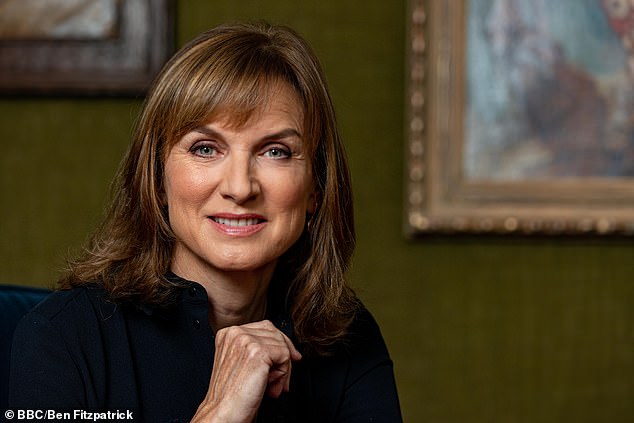 When Fiona Bruce fessed up in a recent Radio Times interview to her reliance on her long-term nanny, she reopened the familiar quality v quantity time debate

Perhaps my relaxed attitude to employing a nanny was because of my own childhood. With two full-time working parents, I and my siblings were looked after by nannies for years, who almost without exception took good care of us. Particularly my first, Nanny Jannette as she was known, who worked what would now be an inconceivable 24 hours a day, six days a week – she had Thursdays off.

As a consequence, Nanny Jannette was my world for my first five years. Our parents naturally were our great love but she was the day-to-day reality. She was there first thing in the morning and last thing at night. She was there for all the important moments, hearing our first words and witnessing our first steps. It’s not the children who are brought up with nannies who miss out. It’s the parents.

Dominic Raab may well regret, with hindsight, his August holiday but the truth is that August is rarely a sleepy month.

Holidays should really be taken in July, when nothing happens at all. 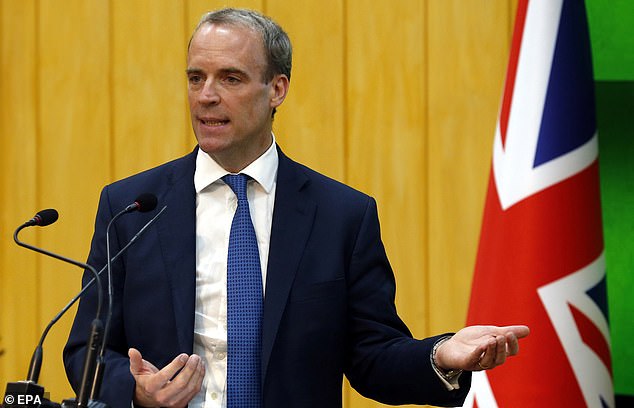 Dominic Raab may well regret, with hindsight, his August holiday but the truth is that August is rarely a sleepy month

In contrast, August events include the bombing of Hiroshima, the eruption of Krakatoa, the Tottenham riots and President Clinton admitting on television to an ‘improper’ relationship with Monica Lewinsky.

Not by any means silly-season stuff.

Last Sunday morning, after spotting it being recommended in Joanne Hegarty’s The Chic List column in You magazine, I ordered a skirt from MatchesFashion. com. To my delight and utter amazement, it was delivered to the front door in 45 minutes. Yes, 45 minutes from me clicking ‘add to basket’. Mind-blowing! This is, of course, a lethal discovery for the bank balance – immediate gratification being one of the greatest propulsions to purchase. Find clothing you like, buy it and wear it within the hour – it’s almost like shopping in real time in real stores used to be.

The incomparable Dame Edna’s devotion to gladioli has ensured that for years these sculptural spears have been viewed as the Haribos of flowers – bad taste and garish. But no longer. Gladdies now have a new fashionable status – knocking the dahlias off their perch as the cutting flower of choice in all the best vases. What next? Chrysanthemums?