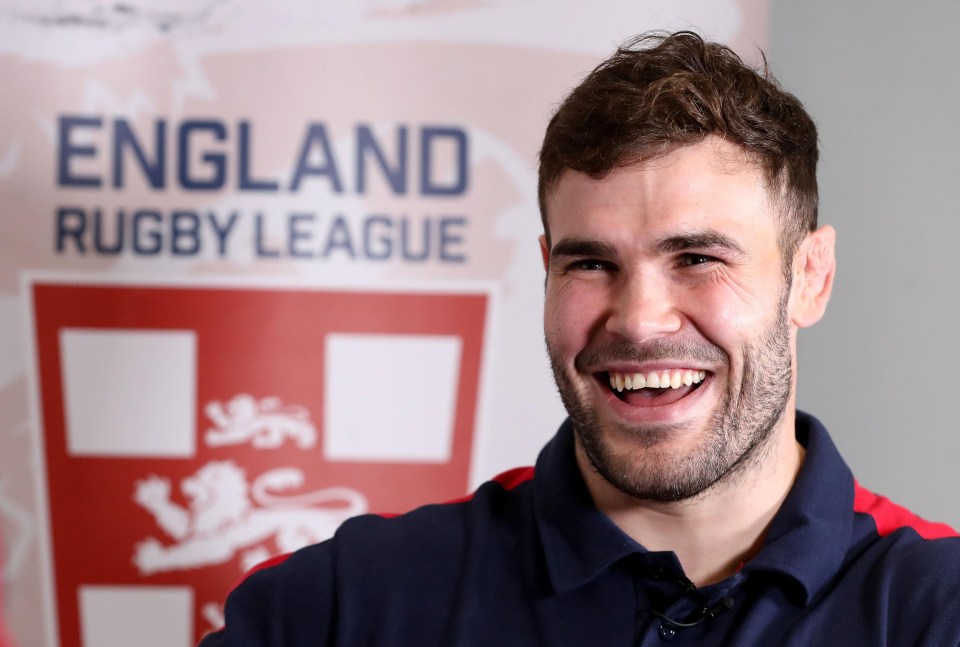 The St Helens prop was on top of the world after playing a part in England’s path to 2017’s World Cup final and finding himself on the radar of NRL clubs.

Fewer than four months later he was in a hospital bed worrying whether his life, not only his career, would be dramatically altered.

Walmsley got his head in the wrong position as he went to make a tackle against Warrington in March, with serious consequences.

Spinal vertebrae were fractured, leading to nine months of panic and worry.

And if it was not for a concussion assessment, he may have played on. 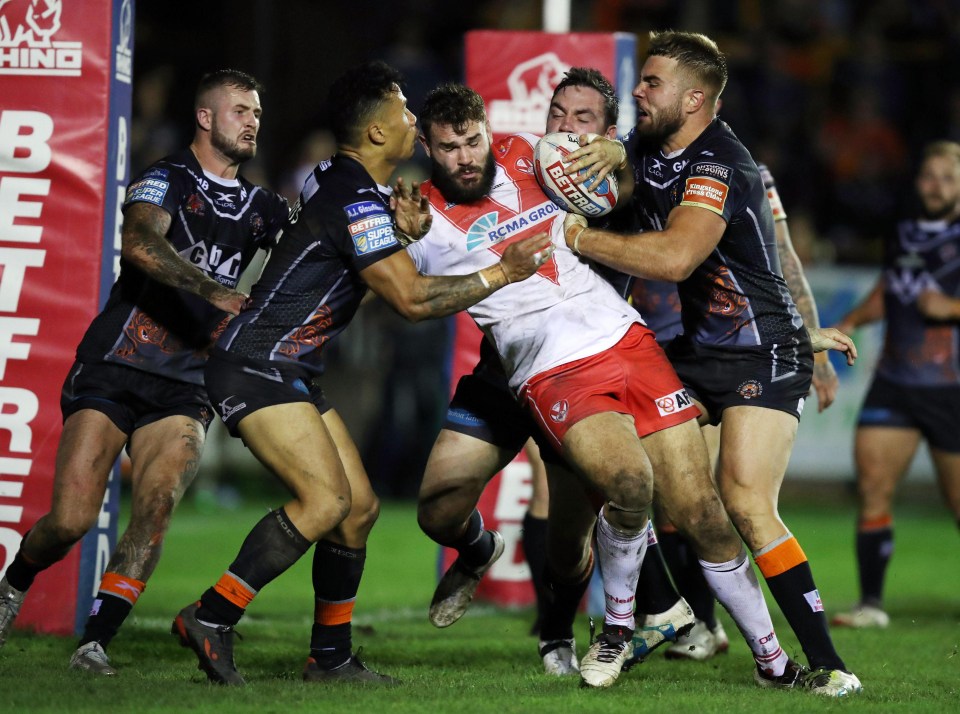 Walmsley, whose son Atticus is 15-months-old, said: “I thought, ‘Am I going to be able to walk properly and pick my son up?’ I was thinking about how it would affect my livelihood.

“It’s not a typical sporting injury, it’s usually something from a motorbike or a car crash.

“And there’s a stigma with having a broken neck. Talk about a broken neck and you think of people in wheelchairs and who are paralysed.

“Initially, I thought it was a shoulder injury as I had tingling down my arms but over the weekend my neck stiffened to the point I couldn’t move it. I went for a scan and that’s when the severity became clear.

“But between the scan and the operation, there was a feeling of panic and I was thinking, ‘What if the surgery isn’t a success?’ 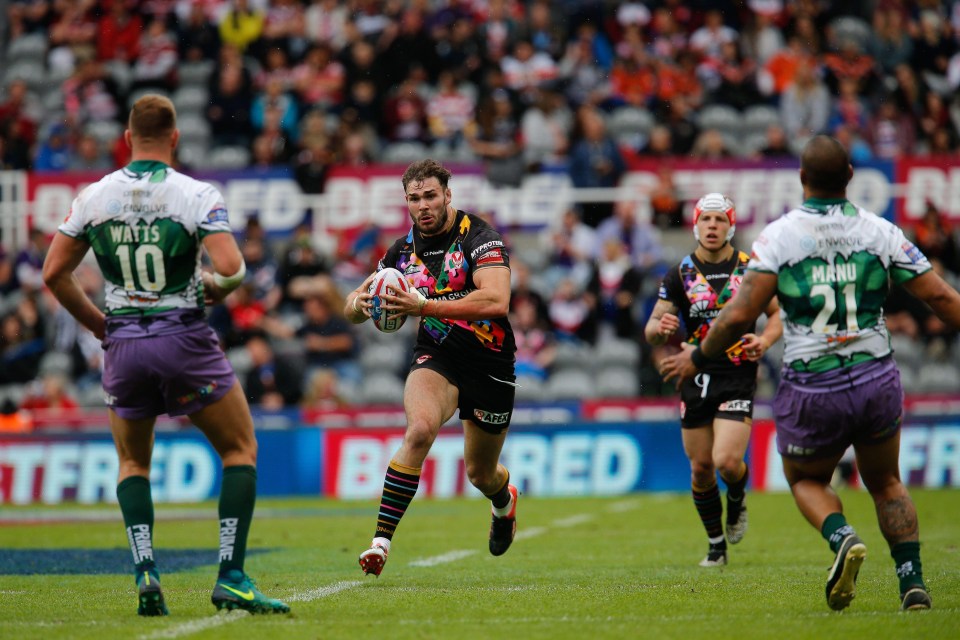 “Thankfully, it went well and I was told I would be fine but it was pretty scary for a few days. The mental battle with yourself and your thoughts was as hard as the physical one.”

Walmsley had several scans and tests during his recovery under a neurosurgeon but the big one came last week.

Thankfully, it was good news. Now he is building up the amount of contact he takes in training.

But the Super League derby opener with Wigan on January 31 remains a target – as does making the reformed Great Britain side’s tour at the end of next season. 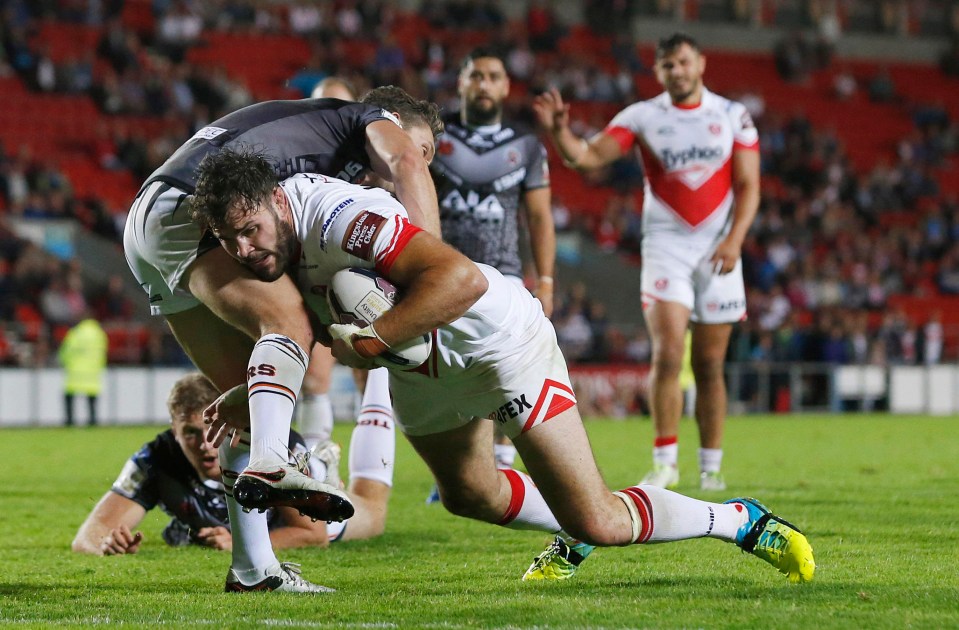 Walmsley, 28, added: “Driving to get the results of scans was a bit like driving to a funeral, you almost expect the worst.

“But the news was a relief and the start of the season is our aim for coming back, it should be achievable.

“Just getting out on the pitch again is my aim but Great Britain is in the back of my mind.

“I’m not expecting to be immediately back to where I was in 2017, when I feel I played my best rugby, but I want to get that form back.”