The former New York Yankee celebrated going back to work at “Sunday Night Baseball” this weekend with a telling Instagram Story after he turned 46 during a wild European vacation.

“Stepping out with the big D energy,” he captioned a photo of himself walking in a blue suit jacket and gray slacks. “Determined, darling & dapper AF.”

Rodriguez later posted a picture of himself catching up on the New York Post while “Tampa bound” on his private jet.

He even shamelessly posted a shirtless thirst trap from the yacht to commemorate his special day. 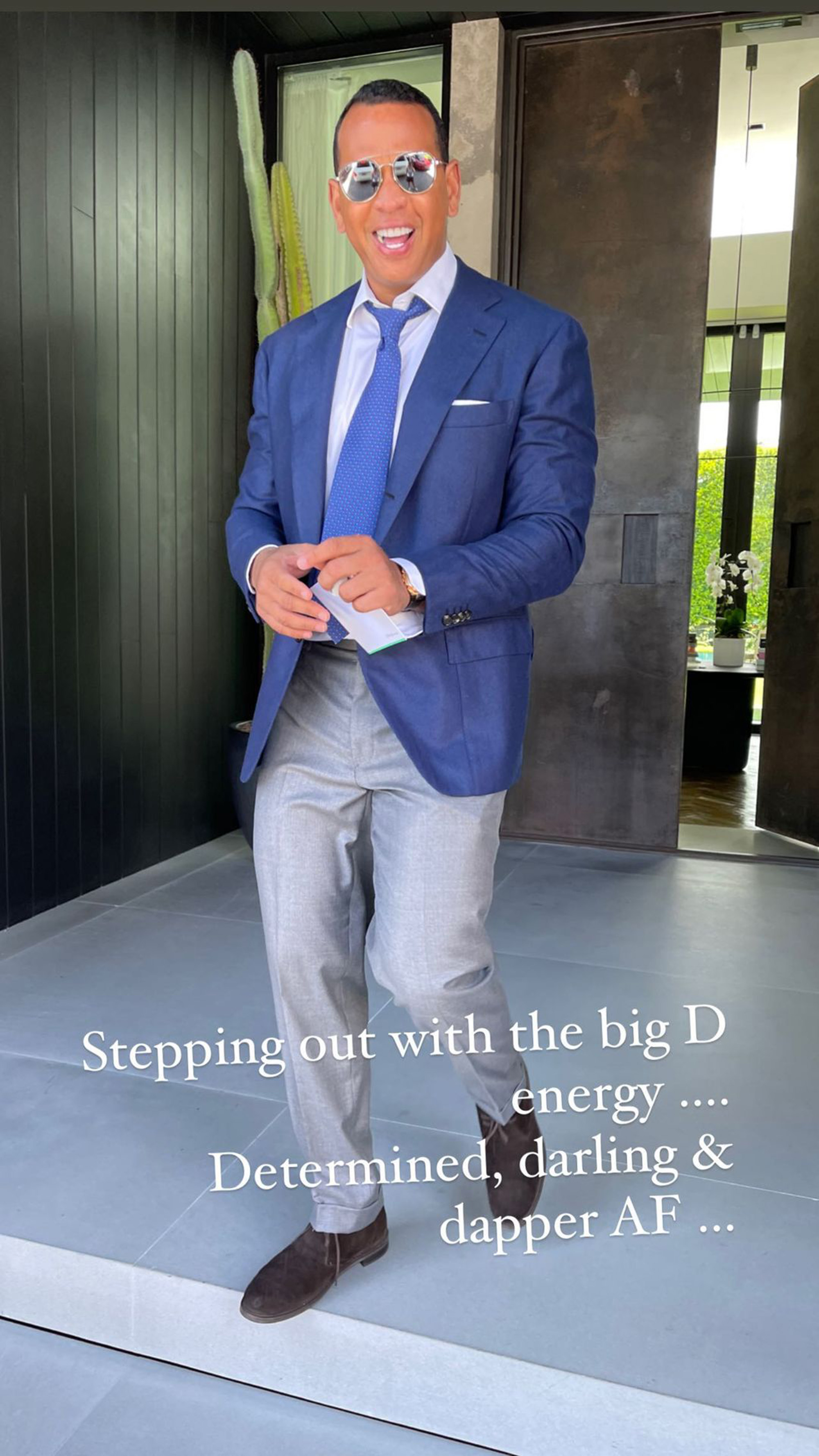 A source told us that Rodriguez is “single and having fun” — and just “friends” with Collins — after his split from Jennifer Lopez earlier this year.

Page Six broke the news that Lopez, 52, and the former athlete broke off their two-year engagement in March after postponing their wedding twice during the COVID-19 pandemic.

A source told us at the time that the pair separated after Rodriguez was linked to “Southern Charm” star Madison LeCroy, who admitted to “speaking on the phone” with him but denied meeting in person.