But tomorrow the discount supermarket is also launching another 10 limited-edition toys based on the festive ad. 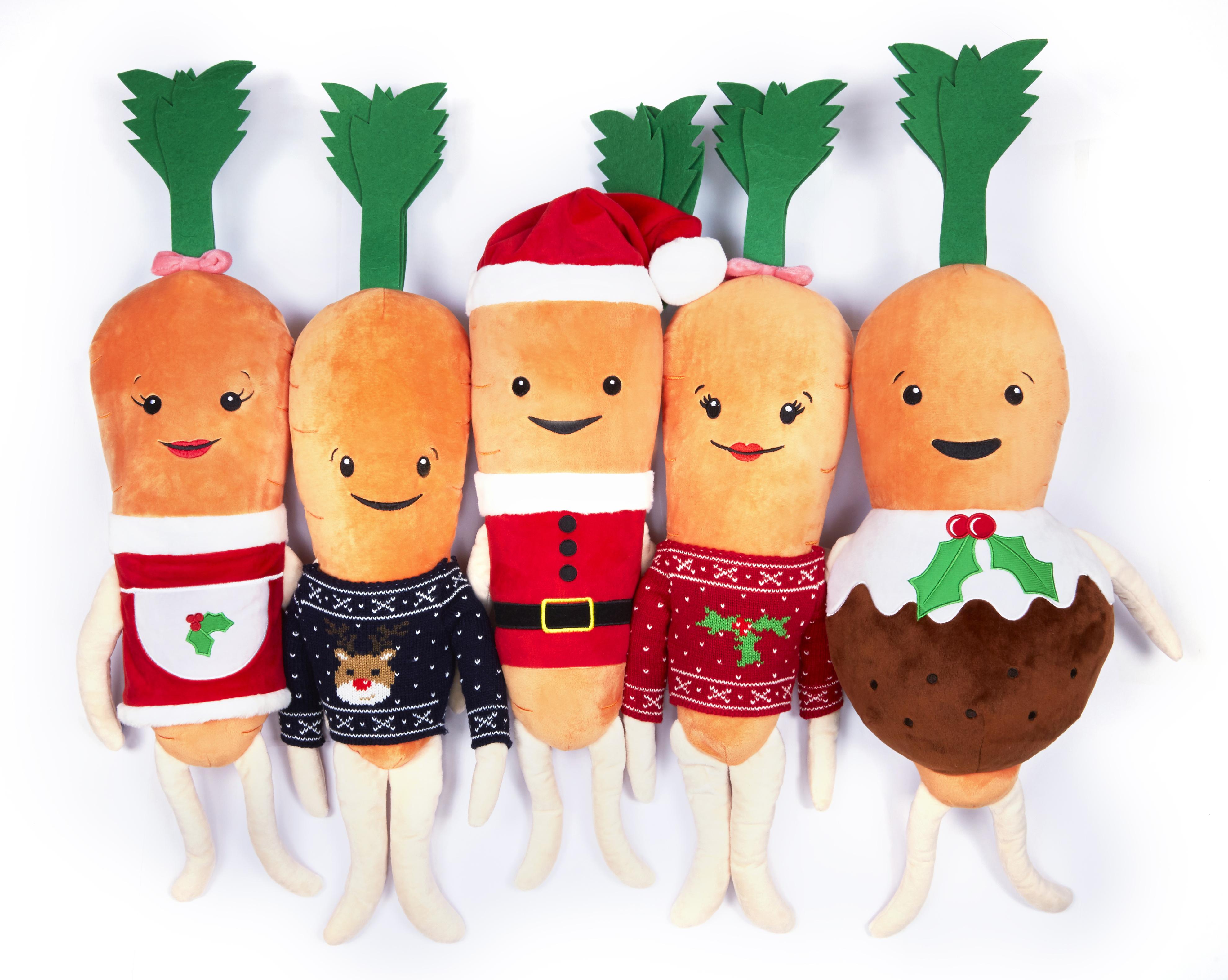 One Kevin the Carrot plush toy recently sold for £510 after attracting 18 bids, compared to the original price of £3.99.

This follows news that Aldi's giant Kevin the Carrot toy, a new edition for this year, sold for £100 on eBay, which is more than five times its original price of £19.99.

The popular toys went on sale in the middle of November, but stores sold out in just a few hours.

Meanwhile, online shoppers struggled to buy the items online as the website crashed.

Tomorrow Aldi is also launching ten limited-edition toys based on the stars from the advert.

Aldi cannot confirm the exact size of the new toys, but based on pictures it's clear that they are significantly bigger than the standard size of 25cm x 7cm x 9cm.

The supermarket has teamed up with eBay and invites shoppers to bid for the items from tomorrow at 5pm, with the lowest bids starting at 99p.

Fans can then bid on the items for over ten days, and all the proceeds will go to the charity Teenage Cancer Trust.

But there are only ten toys up for grabs – two of each version – meaning they're expected to sell for high prices.

Aldi brought back Kevin the Carrot to star in this year's Christmas advert featuring a Coca-Cola-inspired truck.

In the first advert, the star was almost doomed after he teetered on a cliff edge following a crash with the vehicle.

But fans were delighted as the supermarket later released another advert showing the star alive and well – and defeating the evil, rotten parsnip called Pascal in a fairytale-inspired story.

This year, the retailer is expecting parents to splash out a lot more on the "perfect gift" this Christmas – a piano.

The 2018 John Lewis advert starring legendary singer Elton John has inspired the department store to stock the musical instruments for a huge £872.

Meanwhile, supermarket Lidl is selling a Yamaha keyboard for £89.99, which is £60 less than John Lewis is selling the same model for.