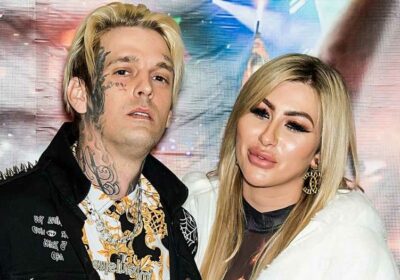 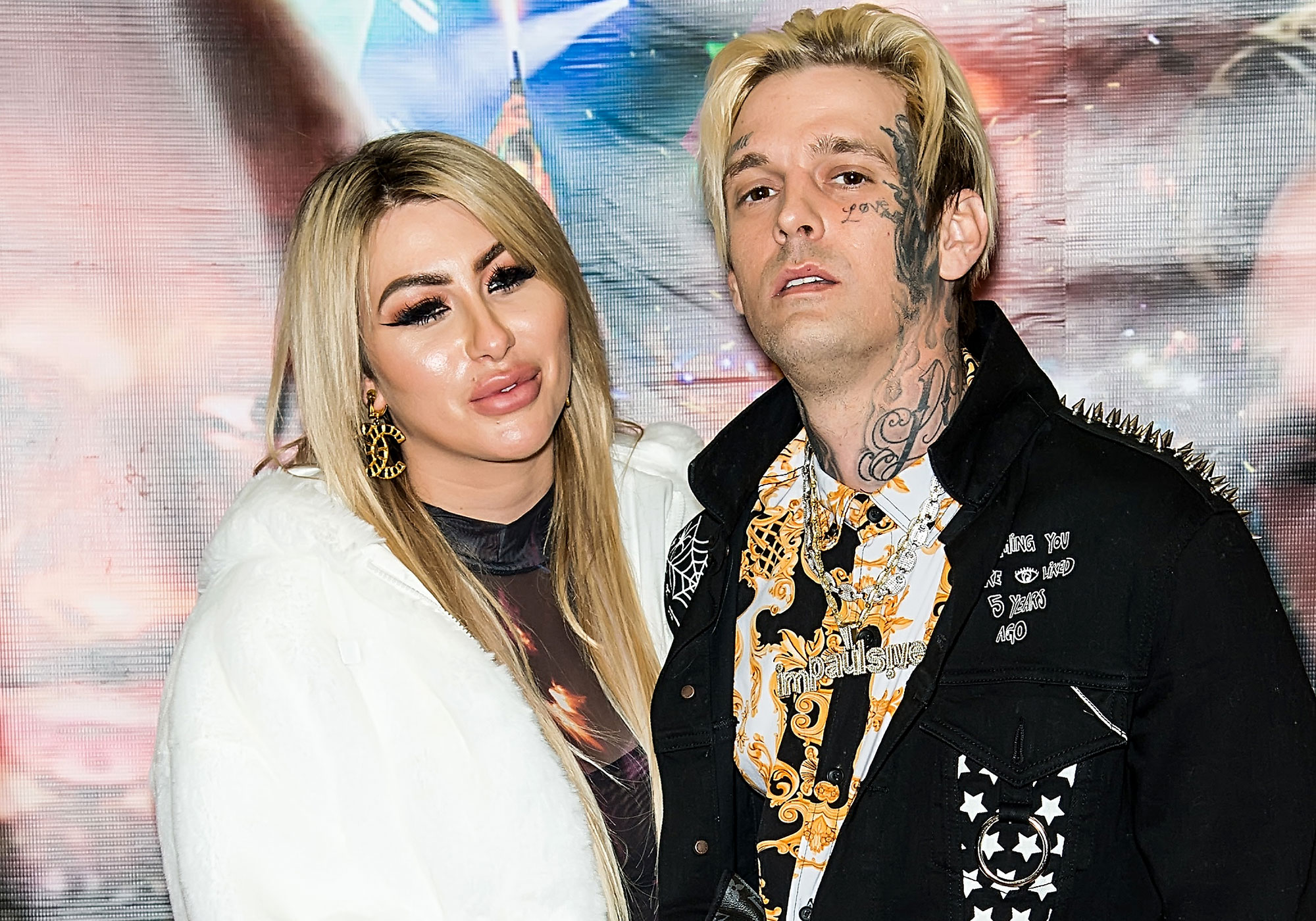 Back on? Aaron Carter and his fiancée, Melanie Martin, appear to have patched up their relationship shortly after calling it quits.

Aaron Carter and Melanie Martin’s Ups and Downs: A Timeline

Martin shared an Instagram Story video on Monday, December 6, of the 34-year-old rapper snuggling with the couple’s newborn son, Prince. “Our other little baby bam bam 💕,” the model wrote. “@aaroncarter my fiancé I love you so much happy early birthday in 4 hours 💕😘.”

In a separate Instagram Story, Martin uploaded a photo of the “I Want Candy” artist and their 2-week-old baby, who she said looked like they could be “seriously twins.”

One day prior, Carter reportedly shared a sweet video of his own, gushing over Martin’s adjustment to being a new mom. “@missmelaniemartin I love you for giving me the greatest gift,” he captioned the Sunday, December 5, post. “You are an amazing woman l, my everything I am so grateful for you my darling.”

The Florida native added: “Thank you to everyone who has been supportive. Relationships aren’t easy but we love, cherish and adore our son. #GodBless Xo.”

The duo’s apparent reconciliation comes after TMZ reported that Child Protective Services was called to Carter’s home in Lancaster, California, after fans allegedly grew concerned for Prince’s safety. According to the outlet, CPS inspected the living conditions and left without incident.

Martin seemingly addressed the situation via her Instagram Story on Sunday, writing, “Hey guys, I appreciate everyone’s advice. I am a new mom and I’m learning as I go. I’m excited for all the new adventures I will embark on as a mother. Please respect mine and my family’s privacy at this time.”

The twosome got engaged in June 2020 and welcomed their first child on November 22.

“My fiancé is in great health thank you lord and the incredibly sweet loving staff here. Prince is precious, I love you son,” the “I’m All About You” performer gushed via Instagram at the time. “I’m so proud of you hunny you did it I Love you with all my heart my beautiful blessings from god.” 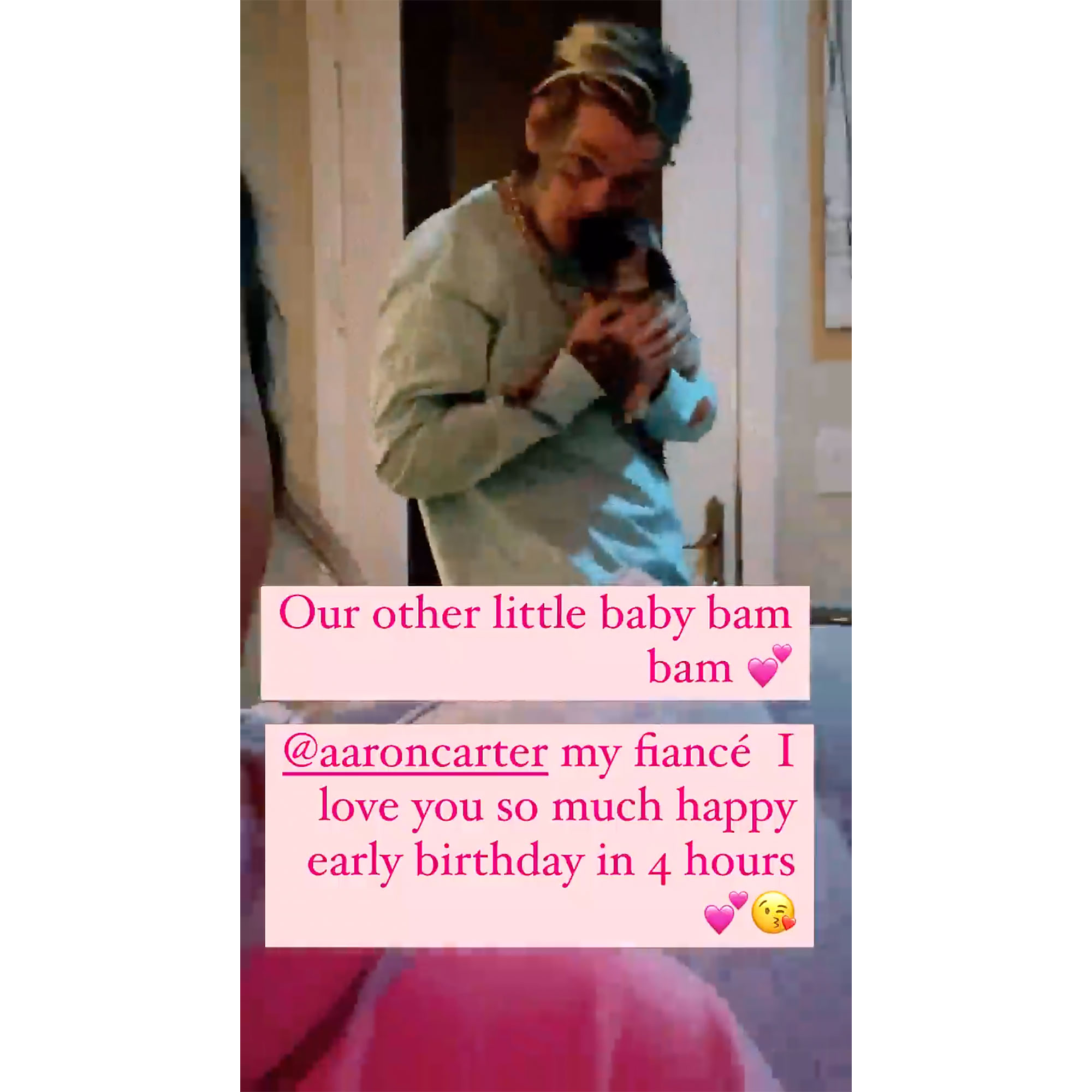 One week later, however, Carter told his Twitter followers that he and Martin had called it quits.

“Due to personal reason [sic] Melanie Martin and I have decided to go our separate ways,” he wrote on November 30. “There has been a very big lie and my sister communicating w my ex fiancé [sic] ruined everything considering she knew what angel tried to do to me in court thanks angel you ruined my family. God bless.”

Carter, who hasn’t been on the best terms with his family members over the years, including his twin sister, Angel Carter, added: “I have the most conniving deceiving family and Melanie has been lying to me the whole time communicating with my twin sister and the family members who tried to put me in prison and who tried to get a conservatorship on me in court. I’m in shocked [sic] this is horrible.”

In another tweet, the Popstar actor called out his brother Nick Carter and Lauren Kitt, Nick’s wife, and alleged that Martin was moving to Las Vegas with Prince. The Bulgaria native later apologized to the Dancing With the Stars alum as the drama made headlines.

“I just wanted to public apologize to my sons father @AaronCarter. My intentions in contacting his sister Angel were not of ill intent. I wanted to try to resolve the situation so we could all be a family. I now realize that wasn’t my place and I never should’ve done that,” Martin wrote via her Instagram Story over the weekend. “I let my feelings get the best of me as I was hormonal and pregnant and would take it back if I could. I did this out of love I know it was wrong. I hope he can find it in his heart to forgive me.”