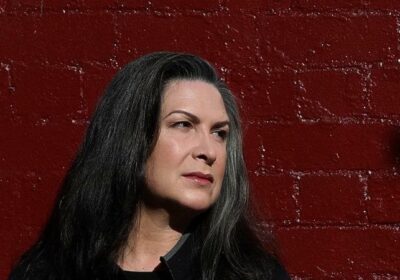 “It was on a verandah in Perth in my first year in drama school,” he says. “I was lying in a friend’s hammock. That was exactly 20 years ago. I remember a funny feeling of familiarity I had with it and some sort of excitement. It’s funny, I haven’t thought about that for a long time.” 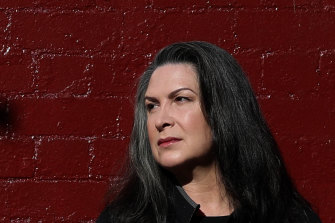 Flack’s connection with the 117-year-old play, which he is directing from his own adaptation for a season at Belvoir St Theatre that starts on Saturday, came from memories of his peripatetic childhood.

“My father had a knack for getting retrenched or fired, or for resigning in high dudgeon,” he says. “And so we kept having to leave where we were at. You’d connect to a place and then you get kicked out of it and you have to move on to the next one. I moved five times before I was eight and my response was just being a dreamer.”

The Cherry Orchard, written while Chekhov was dying of tuberculosis, is the story of a once-wealthy aristocratic Russian family, led by widow and matriarch Lyubov Ranevskaya, who are in denial about losing their estate, and its beloved cherry orchard.

Recently returned from a five-year stay in Paris, Madame Ranevskaya, mired by nostalgia for her idyllic childhood at the estate, ignores advice from neighbour and self-made businessman Lopakhin to redevelop the orchard before its auction date. As Russia rolls towards revolution the aristocracy becomes dispossessed.

Actor Pamela Rabe, who plays Madame Ranevskaya in the Belvoir production, says The Cherry Orchard has a rare ability to represent the present, past and future.

“It’s a classic that can withstand all kinds of hammering and fixing and fiddling and interpreting because it speaks to a very fundamental human truth,” she says. “People’s abilities and inabilities to cope with all the unexpected things that lie ahead. That’s really what the play’s about.”

“It speaks to now but not just pandemics. It encompasses climate, the world, politics, gender, forward-thinking, everything.”

Rabe has a long relationship with Chekhov’s play, the last work he wrote. In 1989 she appeared in Melbourne Theatre Company’s production as Varya, followed by Charlotta in a 2005 Sydney Theatre Company production and Lyubov for MTC in 2013, directed by Simon Stone.

“It’s an endlessly fertile landscape to mine,” she says. “I think what makes artists keep coming back to his works is they’re really slippery. They’re about humans with all their flaws and inconsistencies and irrationality.

“He wrote The Cherry Orchard quite late in his life when I swear that he was quite an ill man and on a pretty heavy cocktail of drugs dealing with his illness. I feel some of that’s actually permeated this play. They’re in all his plays but this one particularly seems to have given free rein to some almost hallucinatory sequences.

“The illogic of things is just exhilarating and entertaining but also a little bit intangible, hard to grasp, hard to know. You really have to give over to the kind of nuttiness of it and trust that the master hand as a playwright is actually there putting you all in a kind of crucible.“

Flack has long wanted to adapt and direct The Cherry Orchard and, when he re-read the play in 2020, its sense of capsized normality mirrored the times.

“It felt comforting to read a play in which a whole lot of people were losing their minds because their world was being turned upside down,” he says. “But, even before COVID-19, I’d been watching this weird gap open up between the sense of crisis of the 21st century and the deep addiction to comfort of the Australian way of life.

“This is a play about living on debt, not just debt to the past, but debt to the future as well. I’m interested in why we can’t change.”