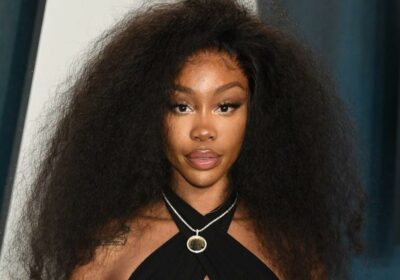 There are only two weeks left of 2021 and the Omicron variant is picking up pace in New York City and looming over the holiday season. Maybe you’re still mourning the loss of bell hooks; overwhelmed with keeping up with the Kim Potter trial; trying to get your booster; or can’t get “Bing Bong” out of your head. Something is always happening, all at once. It’s hard to keep track of everything. So, here’s a few things you might have missed this week.

New York City’s second Black mayor-elect, Eric Adams, just appointed Keechant Sewell as the police commissioner, making her the first woman and third Black person to lead the nation’s largest police force. The 49-year-old Queens native will take her post at the top of the new year. With 24 years under her belt and formerly Nassau’s Chief of Detectives overseeing a staff of about 350 people Sewell has been described as just the right woman for the job. However, The Gothamist reported Sewell has echoed the mayor-elect’s view on stop-and-frisk. She said quality of life crimes “have to be enforced when it’s appropriate,” but argued that a balance could be struck.

There is no age limit to success. This couldn’t be truer for Detroit painter Shirley Woodson. After over 60 years of work, at 85, Woodson is having the best year of her life. In 2021 she was announced as the Kresge Eminent Artist (accompanied by a $50,000 cash award); featured in an exhibition at the Detroit Artists Market; named among the inaugural awardees to receive the Detroit ACE Honors; and now, a featured exhibition at the Detroit Institute for the Arts. Woodson’s “Shields of the Nile Reflections” will feature 11 paintings of Black bathers, honoring the diasporic myth that the river holds transformative and nurturing benefits. The DIA will also features a curated exhibition of 15 Black photographer’s portraits, conceptual images and fashion editorial photographs, called “The New Black Vanguard: Photography between Art and Fashion.”

3. Sir Lewis Hamilton Is The Only Title That Matters Right Now

Three days after losing what would have been an eighth Formula One World Champion title win, racer Lewis Hamilton was knighted. The 36-year-old Brit received the honor from Prince Charles during a ceremony at Windsor Castle on Wednesday. Sir Hamilton was knighted for his services in motorsport. He is the fourth grand prix driver to be knighted and the first to be awarded the honor while still competing. His knighthood comes shortly after a controversial loss to rival Max Verstappen.

This one is for the lovers. Fresh off of a VERZUZ battle, Grammy winner Stephanie Mills announced she’s going on a “dream come true” tour. She tweeted she’ll be joining Gladys Knight and Patti Labelle on tour in February 2022.

HBCUs are snagging the top Black athletes again. Jackson State University successfully recruited, considerably, the top high school football player in the nation, Travis Hunter. At a press conference on Thursday, Hunter left sport fans on edge as he went back and forth picking up and putting down different university team hats. Finally the recruit settled on JSU, stunning many. He will join his coach, 2x Super Bowl Champ Deion “Prime Time” Sanders in the fall.

6. SZA Calls For Understanding for Black Women With ADHD

Songbird SZA shared her frustration around her ADHD diagnosis in a tweet, Friday. The “I Hate U” singer described her condition as “REALLY f–king hard and absolutely nobody has empathy for it cause we all grown.” She first shared her struggles with her diagnosis in 2017. ADHD symptoms often go mischaracterized in Black girls leaving them to grow up into Black women to be undiagnosed, thus unmedicated and untreated. Comedian Nicole Byer and singer Solange have openly talked about their adult diagnosis, changing the face of the disorder.

The FDA has made abortion pills permanently available through the mail and telehealth by removing in-person restrictions. The pivot is in direct response to the Supreme Court’s decision to leave Roe v. Wade hanging by a thread. Though the new rule does expand access, it will not have any practical effect in the more than dozen states, mostly in the South and Midwest, that have banned in-person delivery or telehealth prescription of the abortion pills.

Imagine: it’s your birthday, you’re on a date, Cher walks up and asks to take a picture of you. The 75-year-old ’70s pop icon did just that on Tuesday. So enamored by a young couple’s love, Cher—her true identity disguised by her mask—requested to take their photo and went on, she tweeted. The photo went viral and the couple, Syndie and Tehran, was quickly found. Check out the full story on the complete random moment on the couple’s YouTube.

Sixty-six years after she refused to give up her seat on an Alabama bus to a white woman, Claudette Colvin’s juvenile record has been expunged. While Rosa Parks is better known for the same defiant act, Colvin’s protest was a mere nine months prior. She was arrested and charged with violating segregation laws, disorderly conduct, and assaulting an officer. The first two charges were dropped, but the assault charge remained. Colvin filed the paperwork for the expungement back in October. She told the press she was “no longer a juvenile delinquent.”

Be sure to watch ESSENCE editors recap the best moments of 2021 here and here.