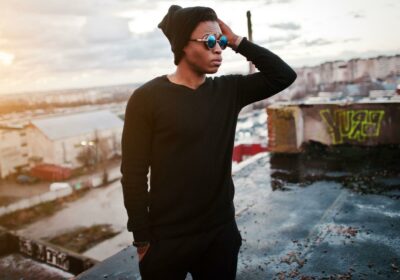 Jefferey Lamar Williams, better known as Young Thug, was raised in a run-down portion of the Jonesboro South projects. Growing up with ten siblings, it was difficult for his family to make ends meet. While dealing with personal and family problems, Thug found his passion in rapping and music. After impressing Gucci Mane with his talent, Young Thug was signed onto his label, where he released his first mixtape in 2013. He collaborated with top artists and set many styling trends with his gender-fluid fashion. Young Thug has been unapologetic with his music and style and has garnered an $8 million fortune throughout his career.

From buying stunning cars and expensive homes to showering his family with presents and donating to charity, Young Thug has spent millions on himself, his family, and helping people everywhere. A career in Hollywood that has diversified more than music let’s look at how Young Thug spends his fortune.

Young Thug purchased his first home in a favorite celebrity area of Atlanta, Georgia. As mentioned by Realtor, his estate is located in an upscale neighborhood called Buckhead. Designed with a contemporary look, it features five bedrooms and seven bathrooms. The 5,903 sq. ft of the space has floor-to-ceiling windows, pivoting doors, and a stone-and-wood exterior. The rapper previously owned a different Buckhead home in Atlanta that he sold for $1.8 million.

While there was a time when Young Thug struggled to make ends meet, his hard-earned success helped him acquire a fleet of his favorite cars. The rapper first purchased a Chevrolet C8 Convertible worth $60,000. He is often spotted driving in a white Rolls Royce Cullinan that he purchased for $800,000. Along with owning a $300,000 orange Lamborghini Urus and Mercedes Maybach S650 costing $700,000, he famously owned a Rolls Royce Wraith that he destroyed during the launch of his second album Punk.

While rappers were expected to dress in dark hoodies, jeans, and a cap, Young Thug broke the old notion to bring his style to people everywhere. Along with collaborating with fashion artists, Young Thug likes to set trends with his outfits. According to Complex, some of his most notable outfits include a blue Alessandro Trincone dress that he wore for his album cover, a Moncler Grenoble poncho seen at the premiere of Uncut Gems, and a Dolce and Gabbana jacket at the Jimmy Kimmel Live! Show.

A post shared by Young Thug as paintings (@youngthugaspaintings)

Clothing and sneakers go hand-in-hand, but Young Thug has a special obsession with buying expensive kicks rarely available in the market. A fan of Air Jordans, he owns several pairs from the series, including AJ14 Thunder, AJ13 He Got Game, AJ11 Playoff, AJ Future, AJ6, and many more. He also owns a pair of Loewe loafers with a feet-printed design and Louis Vuitton’s LV Trainers designed by Virgil Abloh.

Young Thug has always been generous while showering his loved ones with presents. In 2021, his friend 21 Savage celebrated his birthday with a FreakNik-themed birthday party, and Young Thug gifted him a Dodge Hellcat DRX truck that cost upwards of $150,000, as stated by HypeBeast. Working with Elliot Eliantte, Young Thug gifted Drake a custom-shaped OVO pendant that had the photo of Drake and his son Adonis. The rapper also gifted his father a brand new car and gave him $60,000 in cash.

Every rapper loves to add bling to their outfits, and Young Thug is no different. He has done everything from buying jewelry to customizing it at Icebox Diamonds and Watches. He owns jewelry worth over $200,000, and the most notable bling in his collection is a $30,000 diamond-encrusted Rolex watch, a $30,000 diamond wallet chain, a $6,500 gold clasp, and a $20,000 Cartier bracelet.

A post shared by The Sauce Attic (Watch IGTV) (@thesauceattic)

Young Thug likes to travel in style while he is touring and prefers to use private jets as a mode of transportation. While the rapper does not own a private jet yet, he is often spotted boarding one with his friend and fellow rapper Gunna. While chartering a jet, the expense of traveling from Atlanta to New York City costs him upwards of $40,000.

A mysterious rapper who took a stand when needed, Young Thug has made several generous donations. Planned Parenthood has been an organization close to his heart as a teen parent. He donated his entire earrings from the first day of his New York show to the charity, and the amount will roughly sum up to $60,000, as reported by Teen Vogue. He sold the tickets on Terminal 5, the highest-earning spot in the arena, which helped boost the donation amount.

Young Thug has successfully established a growing career for himself that has helped him support his large family and enjoy the luxuries in life. The rapper has used his flair for fashion and good music to create a name in both industries. He was last seen touring and performing after releasing his second album, Punk, in 2021.

READ NEXT: From Logan Paul To Machine Gun Kelly: Inside The Beautiful $7.5 Million Encino Home