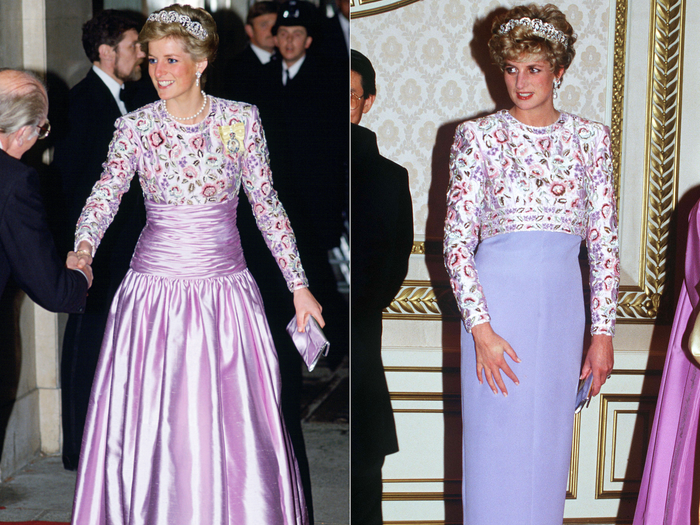 Kate Middleton has been known to alter her outfits to fit her royal wardrobe, and she may have learned the fashion trick from her late mother-in-law, Princess Diana.

Elizabeth Holmes, a fashion journalist and the author of "HRH: So Many Thoughts on Royal Style," told Insider that Diana would have old clothes transformed into brand-new looks because she wanted to be both fancy and frugal.

"Diana benefited from the fashion scene before the internet existed because people didn't notice," Holmes said. "I thought Diana reworking her clothes was fantastic because it just shows how you can get many years out of a single dress."

Here are some of the outfits that Princess Diana had customized over the years.

Princess Diana transformed this pink dress into a brand-new gown by removing the ruffles around the waist and sleeves. 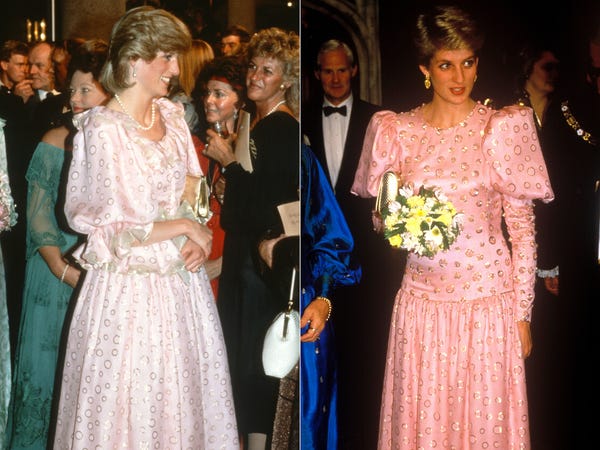 Princess Diana first wore this light-pink evening gown in Melbourne in 1983. At the time, the dress had shorter sleeves and ruffles around the waist, arms, and neckline. Three years later, in 1986, Diana wore the gown again; however, it was altered to have longer sleeves and a drop waist.

The peplum detail on this Victor Edelstein look was removed the second time Princess Diana wore it. 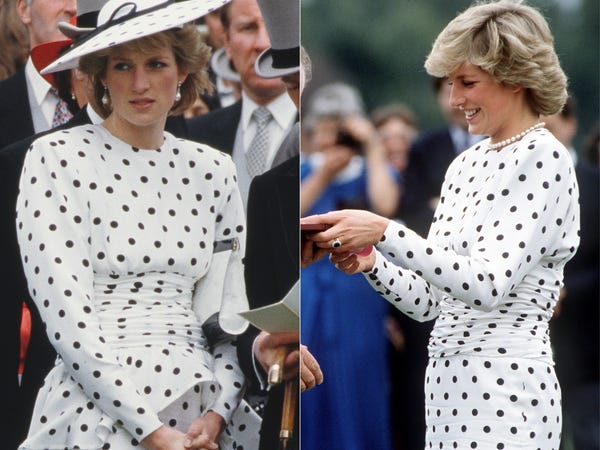 Princess Diana first wore the dress with the peplum skirt in 1986. At a polo match in 1987, Diana appeared to wear the same polka-dot look, but the peplum detail has been removed to make it look brand-new.

Princess Diana altered a Catherine Walker dress to give it a heart-shaped, sleeveless neckline. 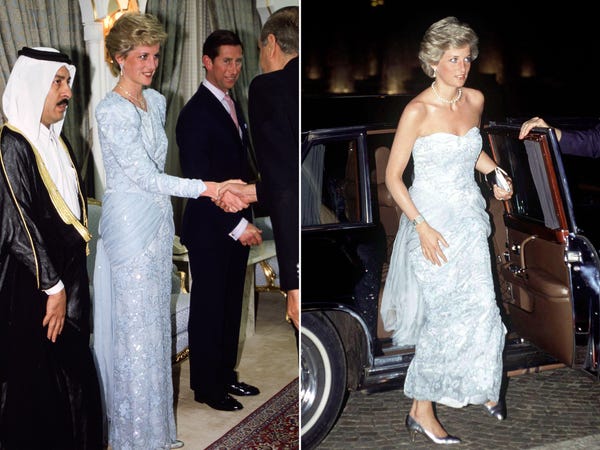 In 1987, Princess Diana wore a light-blue Catherine Walker gown in its traditional form for an official visit to Lisbon, Portugal.

She recycled the gown two years later, in 1989, but had it updated to remove the sleeves.

Princess Diana rewore a Catherine Walker gown that was altered to include a fitted skirt. 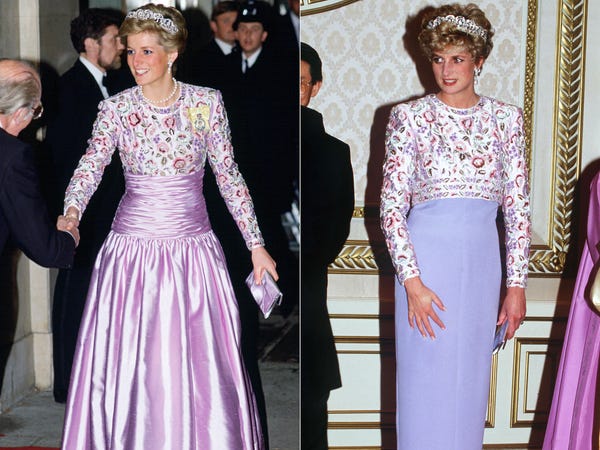 Princess Diana wore the dazzling floral gown to meet the president of Nigeria in 1989. She debuted the remixed version of the dress at a banquet in Seoul, South Korea, in 1992.