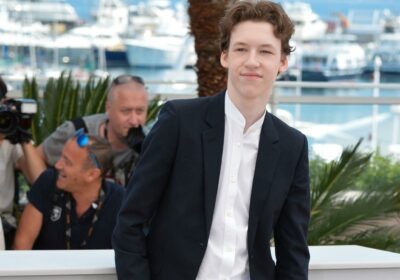 Devin Druid of the Netflix teen drama 13 Reasons Why has over 1.4 million reasons to be happy right now. The actor has offloaded his first million-dollar home, selling the Los Angeles mansion for $1.4 Million.

TMZ is reporting that the 23-year-old is ready to move on from his 5-bedroom starter home located just north of LA’s San Fernando Valley. The up-and-coming star paid just $940,000 for the 4,200 square foot pad in 2019 when he was just 20 years old. Thanks to the red-hot housing market, the actor is likely to make a decent profit on the sale.

While the home isn’t exactly a Hidden Hills mansion, like the $100 million one Drake has, or the $19.3 million estate Madonna just purchased from The Weeknd, the ‘equestrian’ suburban home was more than reasonable for a first-time homeowner.

Located in a gated community, the home features a sprawling driveway that crosses a stone bridge. The main residence features a two-car garage, with a detached garage nearby. Two balconies overlook a bricked outdoor cooking area near a guesthouse.

Druid will have to say goodbye to his stunning backyard oasis, featuring a rock water fountain that spills into a pool. The backyard is surrounded by lush palm trees and greenery. The relaxing space was described as the embodiment of ‘peace and quiet with the conveniences of city life.’

The young actor had some help selling the digs from Los Angeles real estate guru Roger Perry. The agent has been featured on Million Dollar Listing racked up a repertoire of exclusive clients.

Druid made his acting debut with the release of the documentary Trading Ages on February 17, 2012.

Other than starring in the hit Netflix drama, the actor has also nabbed roles in the 2020 war film Greyhound alongside Tom Hanks and starring in the horror western The Pale Door that same year.

The actor isn’t just moving on from his start mansion, he’s also moving on from the hit show 13 Reasons Why as the Netflix series had its 4th and final season last summer.