Home » 13 Of The Most Wild Celebrity Supernatural Experiences

13 Of The Most Wild Celebrity Supernatural Experiences 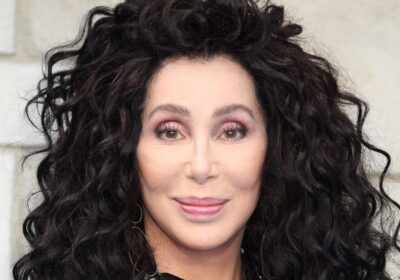 Whether or not ghosts are real is up for debate, but there’s no doubt that a story of a supernatural encounter can get anyone a little spooked. And when a celebrity has their own paranormal experience, it makes for an even better story.

From Miley Cyrus to Megan Fox to Keanu Reeves, these celebs all claim to have had a terrifyingly close encounter with a ghost. Although their experiences with the paranormal were brief, a few stars have found themselves in more extended relationships with something supernatural. And if you don’t believe in ghosts, you just may change your mind after hearing about these celebrity ghost encounters!

Back in 2009, Miley Cyrus says she stayed at a haunted apartment while she was on tour in Europe. While there, Miley began having terrifying dreams and experiencing unexplainable events — particularly in the bathroom! While Miley’s mother didn’t believe her at first, things changed when her aunt visited and also had a supernatural experience.

“It was seriously so terrifying…One night my little sister – it sounds crazy to tell you – but she was standing in the shower and all of a sudden I hear her scream. I run in there and the water had somehow flipped to hot…It wasn’t like the water had just changed, the knob had turned but she hadn’t turned it and it was burning her…Before I felt this, I thought I had seen a little boy sitting on the sink watching me take a shower so I felt really freaked out. I was sitting there the next night and maybe I’m crazy, but I could have sworn I could see this little boy sitting there on the sink, kicking his feet,” Miley told Elle.

Lucy Hale definitely believed the apartment that she lived in while filming “Pretty Little Liars” was haunted. She says that on multiple occasions there were unexplainable occurrences like her coffee machine turning on in the middle of the night.

“Doors close, not slam, but they close. And I have a motion sensor that lights up in my apartment and I swear it lights up sometimes when there’s nothing under it. And my dog barks a lot. I don’t feel threatened, that threatened, but it definitely freaks me out,” Lucy told Hollywood Teen Zine.

Chloë Sevigny’s experience with the supernatural actually inspired her movie “Lizzie.” Years earlier, Chloë and a boyfriend spent the night at the Massachusetts house where Lizzie Borden allegedly killed her father and stepmother with an axe in 1892.

“I kept hearing all these weird moaning and groaning noises, but there wasn’t anybody else in the house. It was terrifying. It was pretty early and [my then-boyfriend] was like, ‘I have to leave.’ He had a strange experience…where he felt a pressure on his chest,” she told Entertainment Weekly.

While Lily Collins was preparing to film “Extremely Wicked, Shockingly Evil and Vile,” she began to wake up every night at 3:05 AM after having vivid flashes of a struggle. She eventually came to believe that it was the ghosts of Ted Bundy’s victims reaching out to her before she helped tell their story in the film.

“I would go downstairs and have a cup of tea, trying to figure out why I had woken up again. I started being woken up by flashes of images, like the aftermath of a struggle. I discovered that 3 AM is the time when the veil between the realms is the thinnest and one can be visited. I didn’t feel scared. I felt supported. I felt like people were saying, ‘We’re here listening. We’re here to support. Thank you for telling the story,'” she told The Guardian.

Gigi Hadid says she’s a believer in the supernatural because she’s had many unexplainable experiences, particularly in the old house she lived in as a child. Instead of getting scared, Gigi says she chose to lean into the experience.

“I was given the attic as my room. We used to hear this weird sound in the closet, and then we asked my dad, and he said this old lady used to live in the house. We convinced ourselves, and we would talk to her. We’d be like, ‘Girl, we’ll bring you some tea,'” Gigi told Vogue.

Kristen Stewart says she often finds herself communicating with ghosts, even if she doesn’t want to. She explained that she usually encounters them while she’s staying in a small town while filming a movie but sometimes she wishes they would leave her alone.

“I talk to them. If I’m in a weird, small town, making a movie, and I’m in a strange apartment, I will literally be like, ‘No, please, I cannot deal. Anyone else, but it cannot be me.’ Who knows what ghosts are, but there is an energy that I’m really sensitive to,” Kristen told Vanity Fair.

Friends Reunion: Memories, Surprises and How a Cast Romance Fueled the Show

Cher has experience with ghosts and believes that she’s actually been visited by her late husband Sonny, who passed away in 1998.

“I love ghosts. I actually think that Sonny makes a light go on. I have a beautiful chandelier that he makes the light go on when it is impossible, there is no power on. I love ghosts, I prefer ghosts to some people,” Cher said in a Reddit Q&A.

Jessica Alba had a terrifying paranormal experience when she was a child that led her parents to get their home blessed and burn sage around the property.

Megan Fox admits to experiencing supernatural things and in 2014, had a strange experience while staying at a hotel in Mexico.

“I believe in everything. I was just in Mexico at my hotel and it was a bedroom, living room, bedroom…I had pre-ordered breakfast for 7:30, and at 7 a.m. I hear them come in with the table, I hear them pouring the coffee…30 minutes later, at 7:30 I went in there, no table, no coffee, no food, no nothing, no one there. Door bell rings, I open the door, it’s room service with my food…Brandy the nanny comes out later and says, ‘Why did room service come at 7 when we told them to come at 7:30?’ So you can’t tell me I’m crazy, because two people heard it,” Megan told MTV.

Taylor Momsen has had experiences with ghosts and believes that she even captured one in a photo when she was younger.

“My mom grew up in Devil’s Lake, North Dakota and her next-door neighbor died. She was wealthy, and her belongings got put in a museum. So I went ghost hunting and took pictures and talked to her and all this stuff. And there are actually two images that I took, one of a hand on a typewriter and one of her entire body in a window,” she reportedly told People.

Emma Stone believes that she’s often visited by her late grandfather, who leaves her quarters in her pockets. Even though she never had the chance to meet him, she says she knows it’s him.

Kesha says she’s seen ghosts before and even once got intimate with one. Although she didn’t recognize the ghost who was in her home, she says it was a positive experience.

“I did go to the bone zone with a ghost…I don’t know his name. He was in my house. He just started caressing me. It was a sexy time, it wasn’t, like, sex,” she said on “Conan.”

Keanu Reeves once shared that when his family moved from Australia to New York City when he was a child, he had a strange experience in their new home.

“I’m probably like 6, 7 years old, we’d come from Australia. Renata, [our] nanny, in the bedroom, my sister is asleep, she’s sitting over there, I’m hanging out. There was a doorway and all of a sudden this jacket comes waving through the doorway, this empty jacket — there’s no body, there’s no legs, it’s just there. And then it disappears. I was a little kid and I thought, ‘Okay, that’s interesting,’ and I looked over at the nanny and she [was making a terrified face]. And I’m like ‘Oh wow, so that was real,'” he shared on “Jimmy Kimmel Live!”