Home » Lifestyle » 1 Killed, 42 Injured After Tour Bus Rolls on Its Side on Way to Grand Canyon

1 Killed, 42 Injured After Tour Bus Rolls on Its Side on Way to Grand Canyon 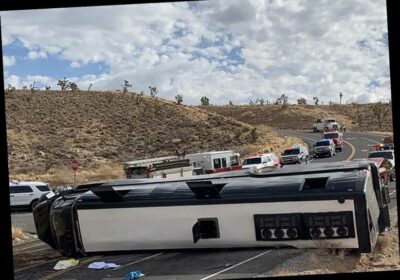 A tour bus crashed on Friday on its way from Las Vegas to the Grand Canyon.

The incident, which occurred at approximately 12:21 p.m., left at least one out of the 48 passengers dead.

The bus rolled onto its side at milepost 5 on Diamond Bar Rd., the Mohave County Sheriff's Office said in a statement released their Facebook.

One passenger was pronounced dead on the scene. At least 42 were reported to have sustained an injury with two being in critical condition, seven riders having moderate injuries and 33 of those aboard suffering a minor injury.

They are being treated at Kingman Regional Medical Center, authorities revealed.

Police have yet to release the identity of the passenger who died and the 42 who were injured during the crash.

An investigation into what caused the accident is still ongoing.

The Mohave County Sheriff's Office did not immediately respond to PEOPLE's request for comment.