THERE'S nothing sadder than a pair of white trainers which have become less than gleaming.

But one woman has come up with a genius solution for getting a pair of old kicks looking brand new. 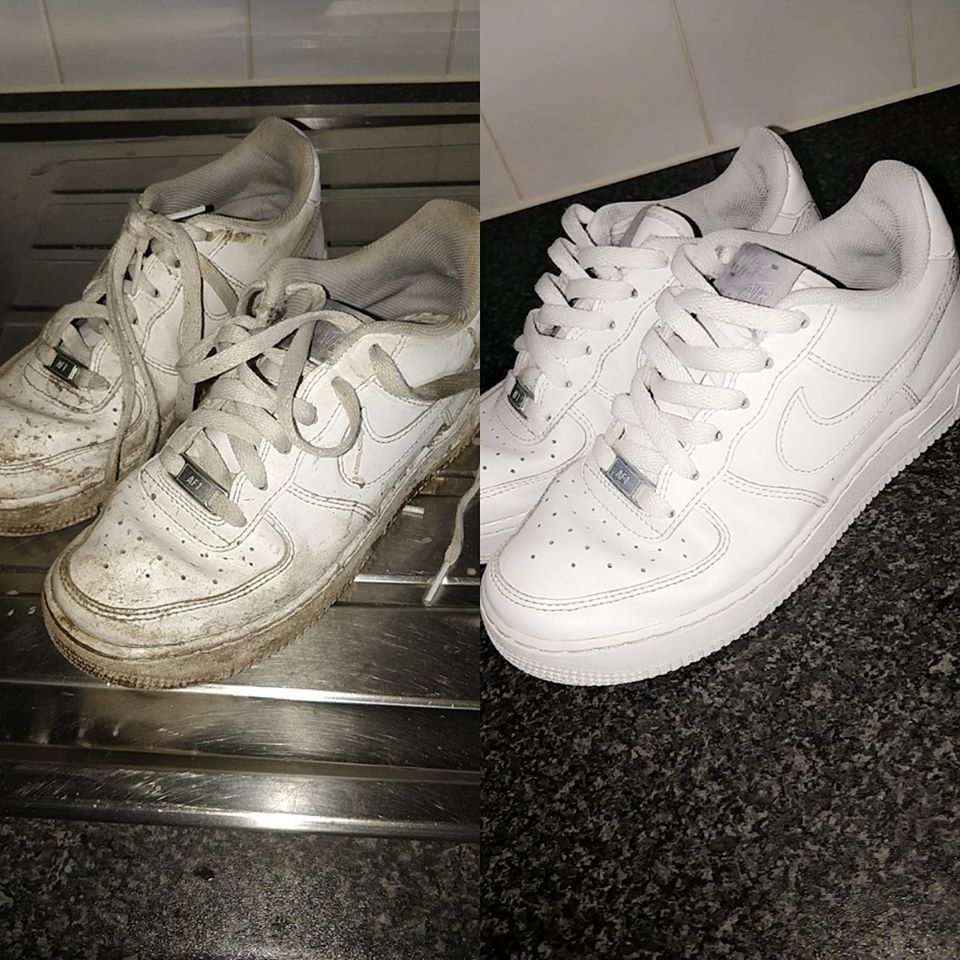 Posting in Facebook group 'Mrs Hinch Made Me Do It', she shared a snap of a her filthy shoes before revealing the transformation – a sparkling clean pair.

Captioning the images, she wrote: "That was a successful attempt at saving trainers."

Explaining how she was able to scrub them up, she added: "I took the laces out and put them in bleach and oxi stain remover with boiling water.

"I rinsed the laces then bleached them and scrubbed with a tooth brush then put them in a jug with bleach and boiling water. That's it."

Fellow social media users were amazed by the results, and the post has received more than 1.3k 'likes'.

One person wrote: "They look like a brand new pair."

And a fourth added: "Love this."

However, others thought that it was a lot of trouble to go to.

Convinced there's an easier way, one person noted: "The washing machine….. that's what I do and they come up like new."

In other cleaning news, we told you how washing up gloves with built-in scourers make doing the dishes a dream.

We also revealed how a mum removed biro scribble with baby wipes and people are stunned by the transformation.