WHEN making an online purchase, it isn't always a 'what you see is what you get' scenario.

So when one woman purchased a set of mosaic wall tiles to make a feature mirror, she was surprised when she received the package to find the pieces weren't exactly as they seemed. 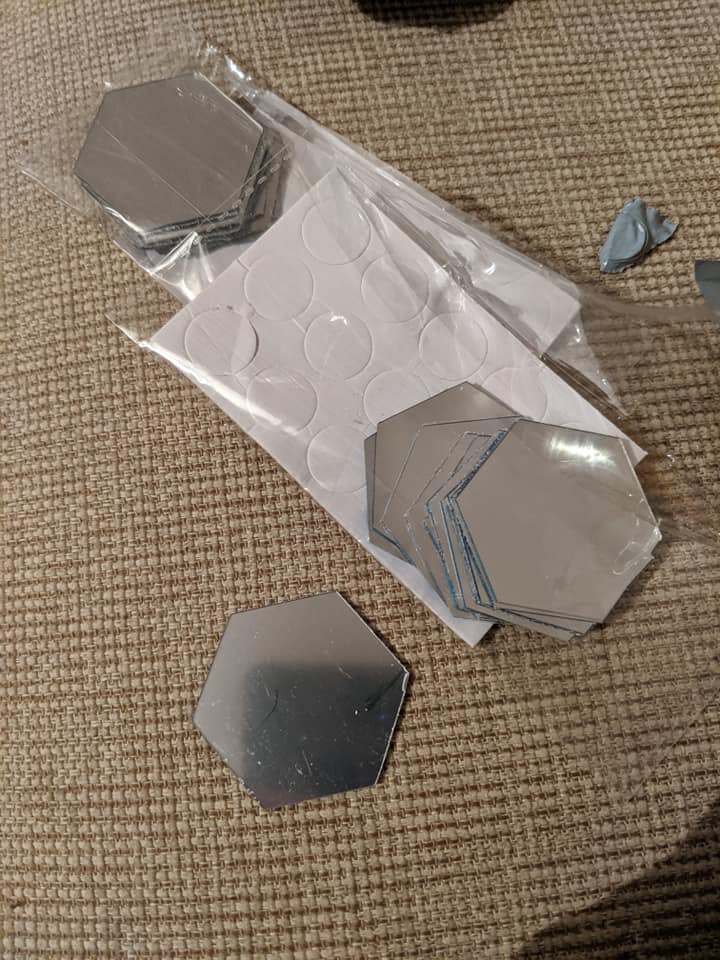 Jenn Jane Wall shared her misfortune to the DIY On A Budget UK Facebook group when she received the wall tiles and noticed they were much smaller than they appeared in the original product image.

Based on the product image shown on eBay, Jenn made a purchasing decision she thought was accurate for her design plans, but after receiving the mirror tiles, she realised she could no longer use them to design a feature mirror.

In her Facebook post, she said: "eBay Vs reality. My own fault for trusting it haha don't order these guys"

To which many people hilariously made fun of the deceiving size, with some even admitting the same thing happened to them. 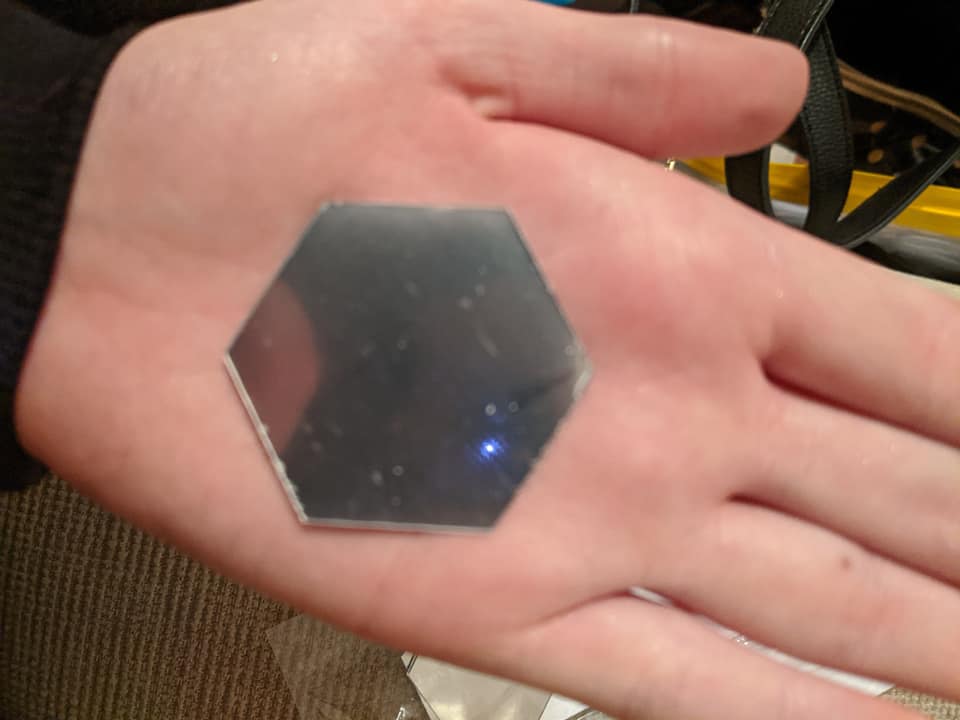 One person wrote: "Oh I ordered these off wish n turned up that size – big enough for a barbie house."

While a second person shared their experience: " I'm so glad that I'm not the only one that made that mistake."

Many people used the opportunity to share their similar experience with an online purchase – poking fun at their shopping fails.

One person said: "Haha I ordered what I thought was a glue gun off Groupon, absolute bargain at 9P. Turned up and was actually 10 glue sticks for the gun –  £1.99 delivery too."

And another hilariously said: "My daughter ordered hair extensions and they were only fit for a hamster.. unbelievable." 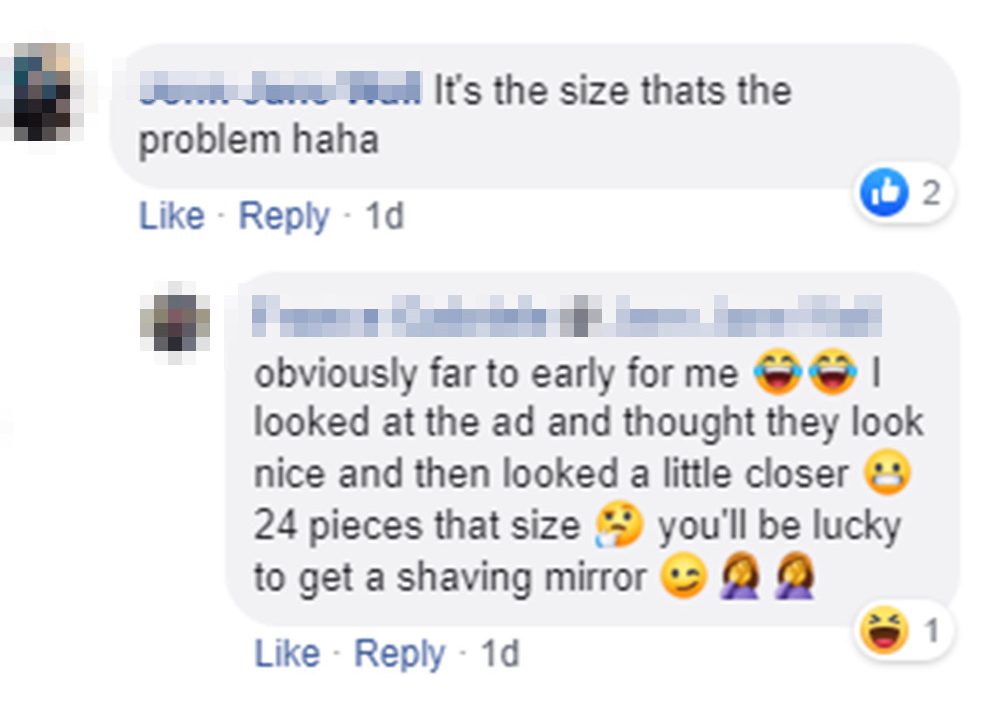 Accepting defeat, and unable to return the item, Jenn thought of a genius way to make use of the 'tiny' mirrored wall tiles.

Sharing an update with the group members, she said: "So, an update on my tiny mirrors. I decided to frame them! Got the frame from the pound shop -so was cheap enough to salvage"

Then added: "Now I kinda wish I had more".

The crafty woman decided to arrange the tiles to fill the inside of a large black frame – but, not having enough to fill the entire frame, the tiles created somewhat of a centre feature surrounded by white space for a modern and simplistic look. 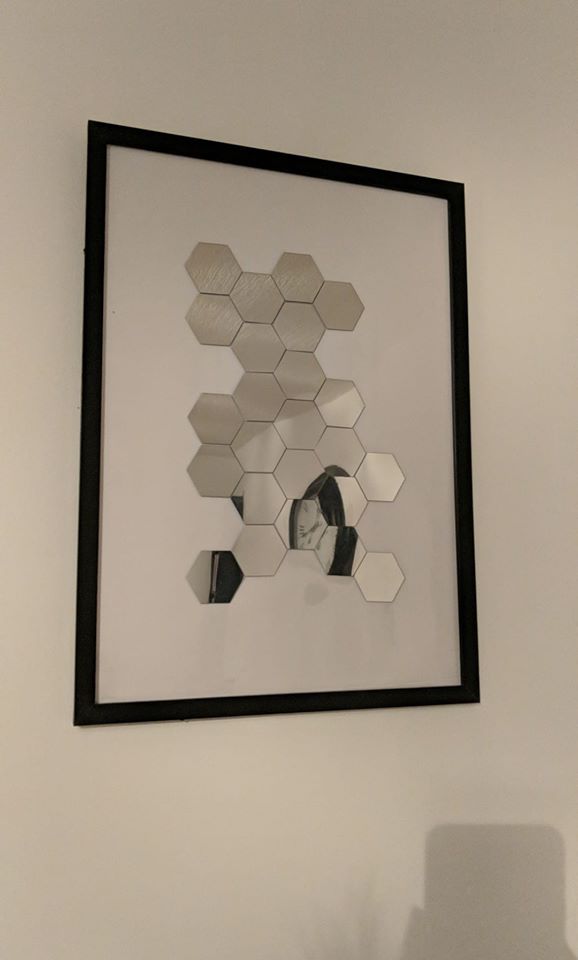 The crafty idea racked up hundreds of comments and 'likes', with many praising her on her clever hack.

One woman said: "I love this, the image / allusion to the clock and the simplicity of the overall piece is wonderful. I'd actually buy this if I saw it in a shop."

Wow, who knew something so good could come out of such a failed shopping experience.

In other laughable fails, this bloke tries using Dylon to update his carpets on the cheap – but completely ruins them in giant DIY fail

Meanwhile, this mortified woman splashes out on a dress with waist cut-outs – but it doesn’t even cover her boobs

And, this  shopper has blasted Primark for a typo on a Harry Potter hoodie.