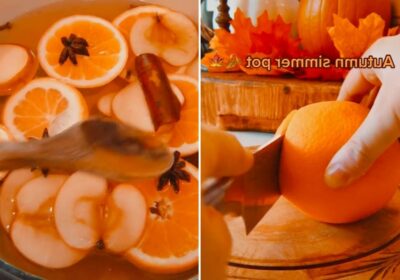 WITH the arrival of fall, one of the quickest things you need to do is make your home smell like a delicious pumpkin patch or apple orchard.

You can do just that by cooking up a simmer pot, which will have your home smelling amazing. 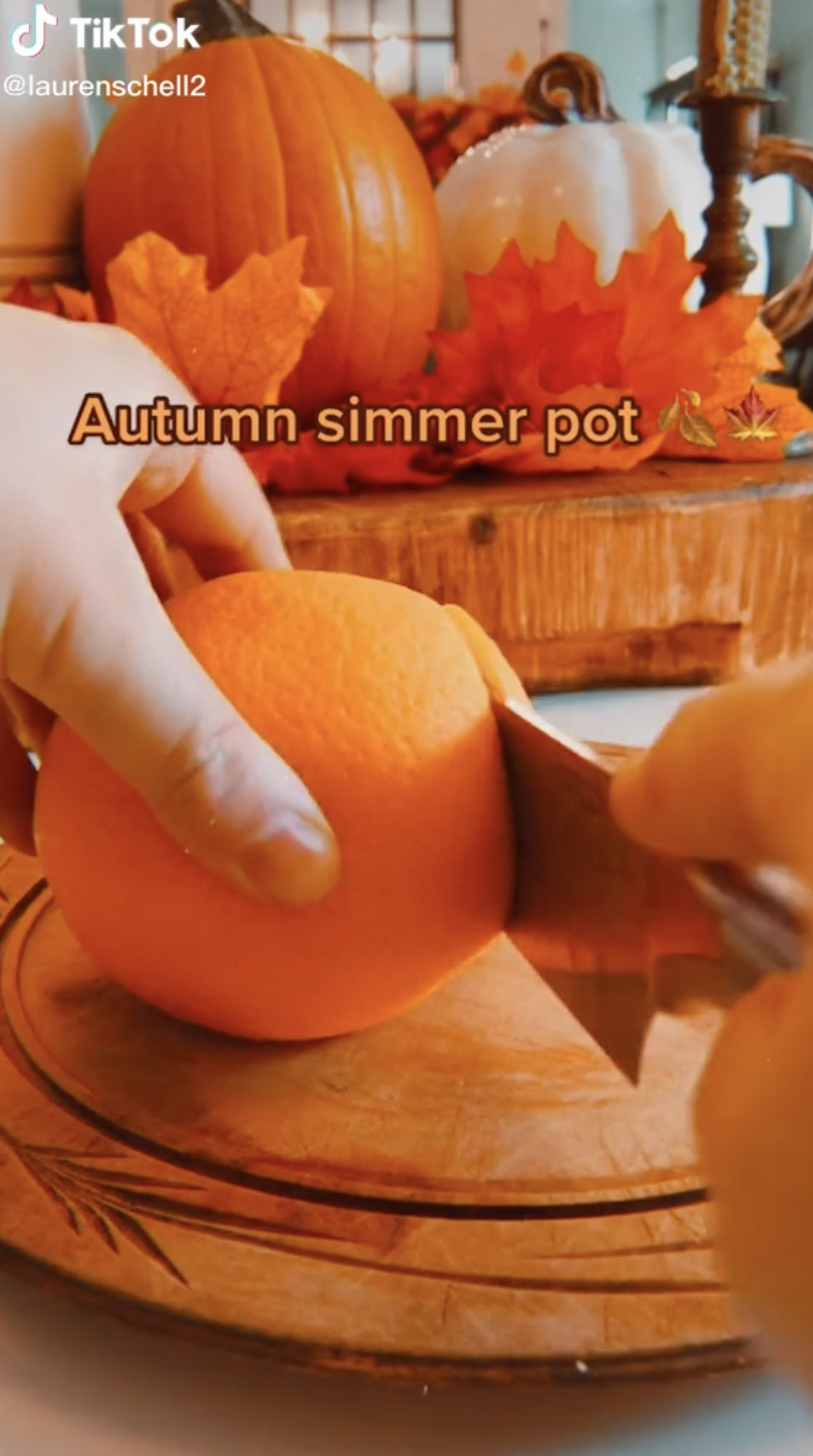 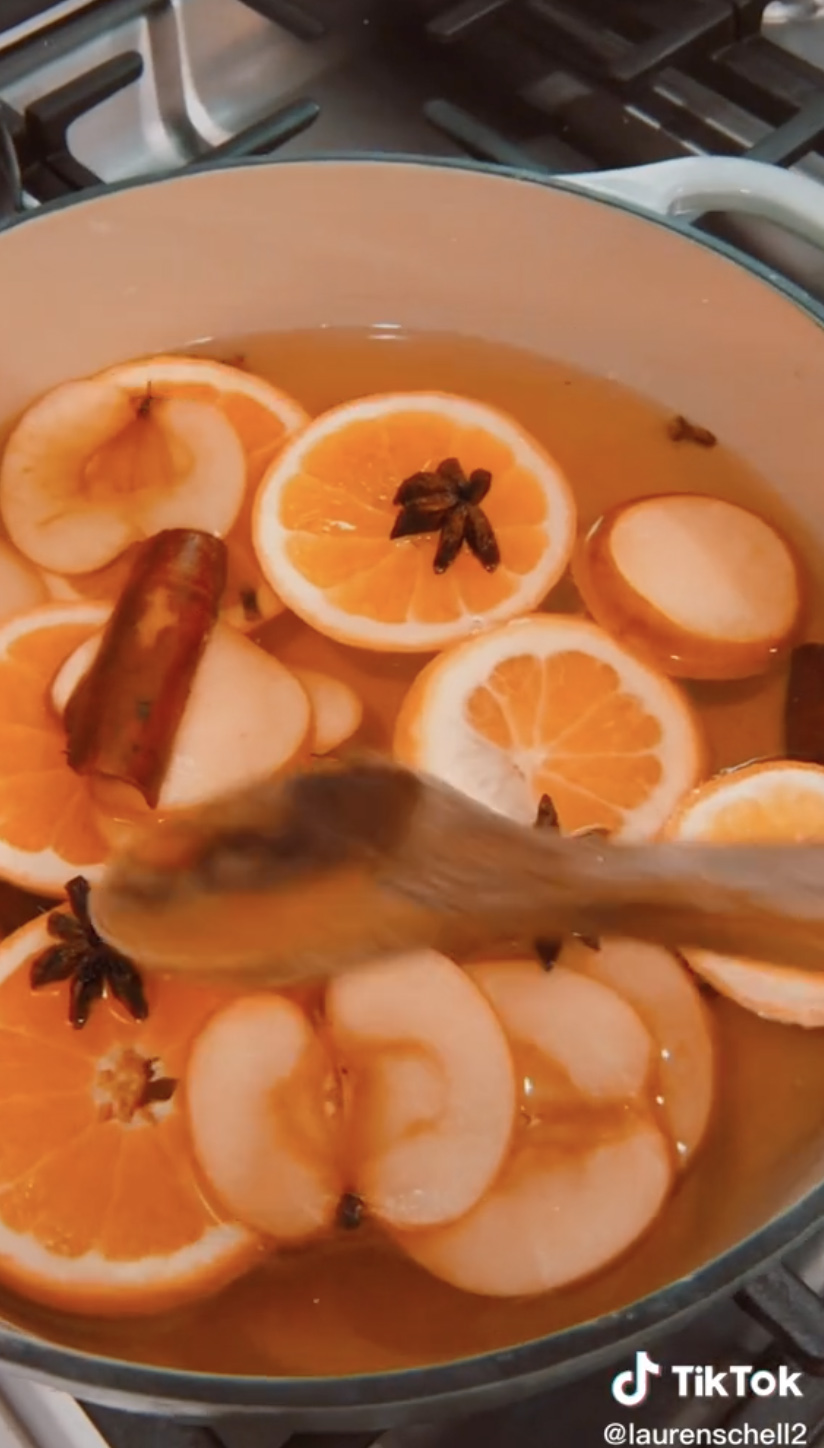 Lauren Schell, a lifestyle blogger, revealed how she makes her simmer pots for whenever she has guests come over.

The fall lover chopped up an orange and two apples in slices before dunking them into a boiling pot of water.

In the TikTok video, she then added a sprinkle of whole cloves, three star anise, and three cinnamon sticks.

Once it boils again, turn down the heat to let it simmer.

She revealed that most people simmer this concoction for over five hours or while there are guests in the home.

However, it can also be left on all day as long as the person continuously checks the water level and adds more when necessary.

Following her deliciously smelling recipe, many others took to the comment section to offer their own suggestions for making other fall-inspired simmer pots.

One woman suggested she swap the water with red wine to create mulled wine, a fan-favorite of the season.

A second one revealed that if she replaced the liquid with apple juice, she could make cider, another delicious fall drink.

On other fall-inspired news, Starbucks has released its new lineup of cozy drinks for the season.

This year, the coffee giant has given long-time fans a new flavor, the Apple Crisp Macchiato, which comes in iced and hot form.

The Sun's lifestyle reporter tried out all four drinks to rank which one was better, pitting the Pumpkin Spiced Latte and the Apple Crisp Macchiato against each other. 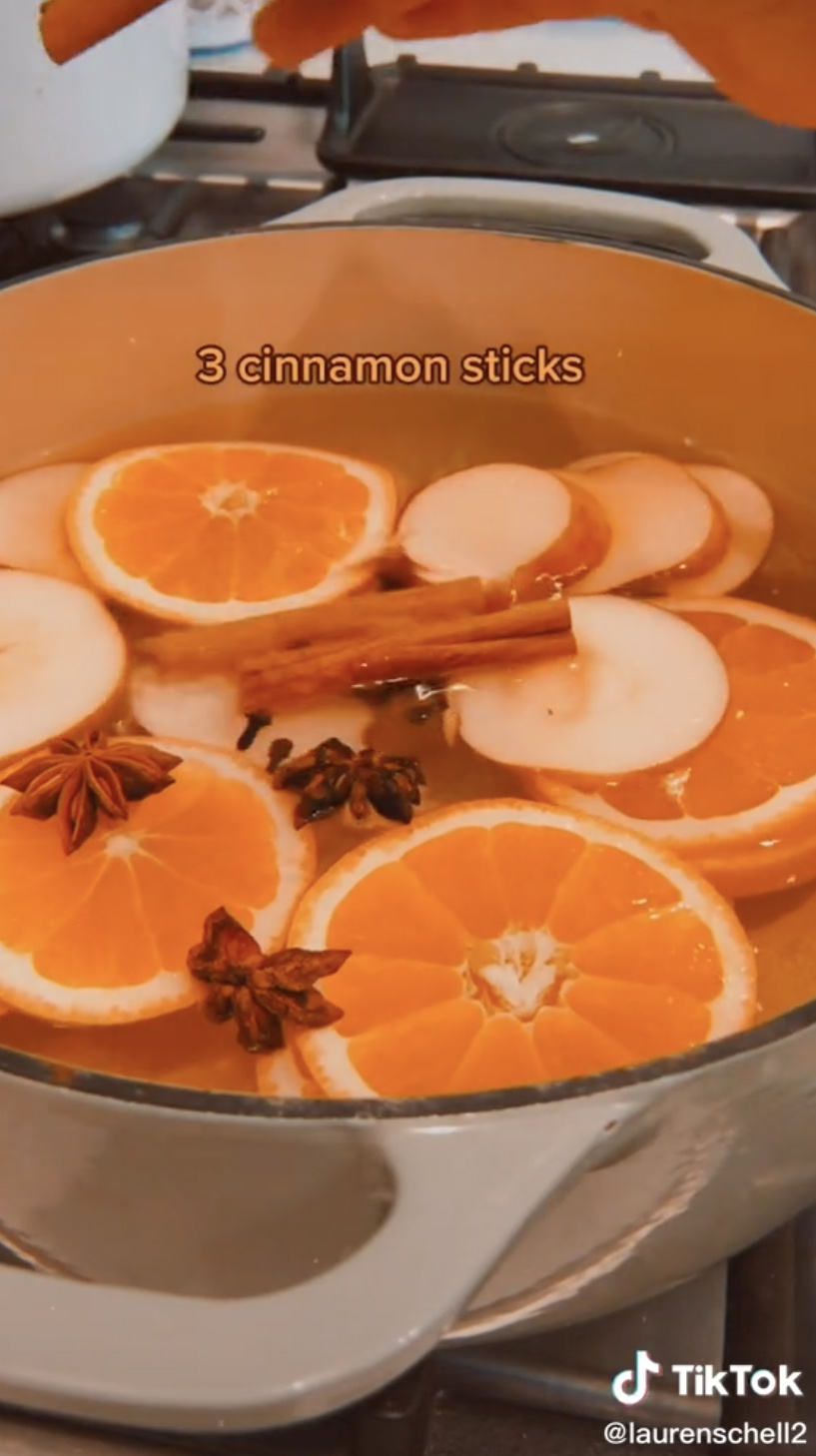