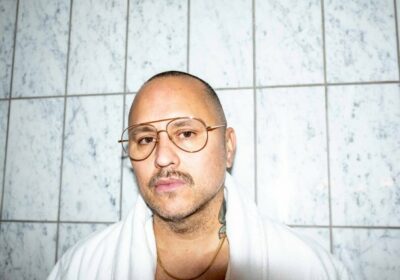 Willy Chavarria has a new gig.

The designer, who launched his own label in 2015, has joined Calvin Klein as senior vice president of design for Calvin Klein North America and Global Essentials apparel, men’s.

In his new role, Chavarria is “responsible for leading the conceptual vision and design of seasonal collections for the Calvin Klein North America apparel and Global Essentials men’s lines,” a Calvin Klein spokesperson confirmed to WWD Tuesday.

Chavarria has a rich résumé in men’s wear that ranges from highly commercial companies such as American Eagle Outfitters and Ralph Lauren to niche brands such as Voler and Dickies Construct. He also worked on the Yeezy label for over two years and was the creative director and owner of Palmer Trading Co., a vintage American store and apparel brand, for more than a decade.

His own Brooklyn-based label is influenced by his upbringing in the agricultural fields in the San Joaquin Valley and has become a visual statement of social messages ranging from anti-hate to acceptance of racial and sexual identity. Since its launch, the Willy Chavarria brand has collaborated with Kanye West, K-Swiss, Dickies, Hummel and others.

Chavarria was born in the small town of Huron, Calif., and studied graphic design at the Academy of the Arts. He started his fashion career in 1989 as a stock boy and then a designer for Joe Boxer, where he worked for four years. He joined Voler as designer of cycling apparel before being lured to New York City to work for Ralph Lauren for five years. Chavarria also worked for American Eagle Outfitters for nine years, and with Dickies to launch the Construct men’s label.

In a discussion for Joe’s Blackbook last fall, Chavarria, who describes himself as “half white and half Mexican,” said it was when his family moved to a slightly larger town with a more diverse population that he finally experienced other cultures and popular trends such as preppy and how they could be mixed with “Chicano influences” to create a unique style. He was especially drawn to the cholo, youth who identify with Mexican-American gang subculture, and the way they dressed, which he saw as a “clear sign of self-identity.” He pointed to how they could take “cheap Dickies from Kmart and make something beautiful.”

Calvin Klein has had a lot of changes within its design department in the past few years. In December 2018, former chief creative officer Raf Simons left the brand after less than two-and-a-half years and the company shuttered both its 205W39NYC high-end collection business and its Madison Avenue flagship. In the summer of 2019, Suzanne Barton joined the company as chief product officer of Calvin Klein, overseeing all design and merchandising functions globally. Her stint did not last long and she exited in January 2020. Lomax joined the brand last December in the newly created role of executive vice president, global head of design. She had previously been with Nike as senior creative director, women’s sportswear apparel. She has also worked with Hussein Chalayan for Puma and consulted for numerous sports and fashion brands.