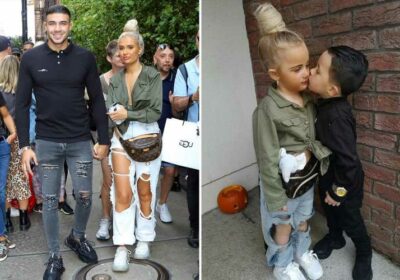 MOLLY-Mae and Tommy Fury superfan sisters have hit back after being branded 'repulsive' for dressing their tots as the Love Island stars – declaring 'they'll dress them how they want'.

Amie and Kathleen Coady entered three-year-old tots Eileen McMhron and William Morey, into an online costume competition for Halloween, splashing out almost £100 to style them as their reality TV idols. 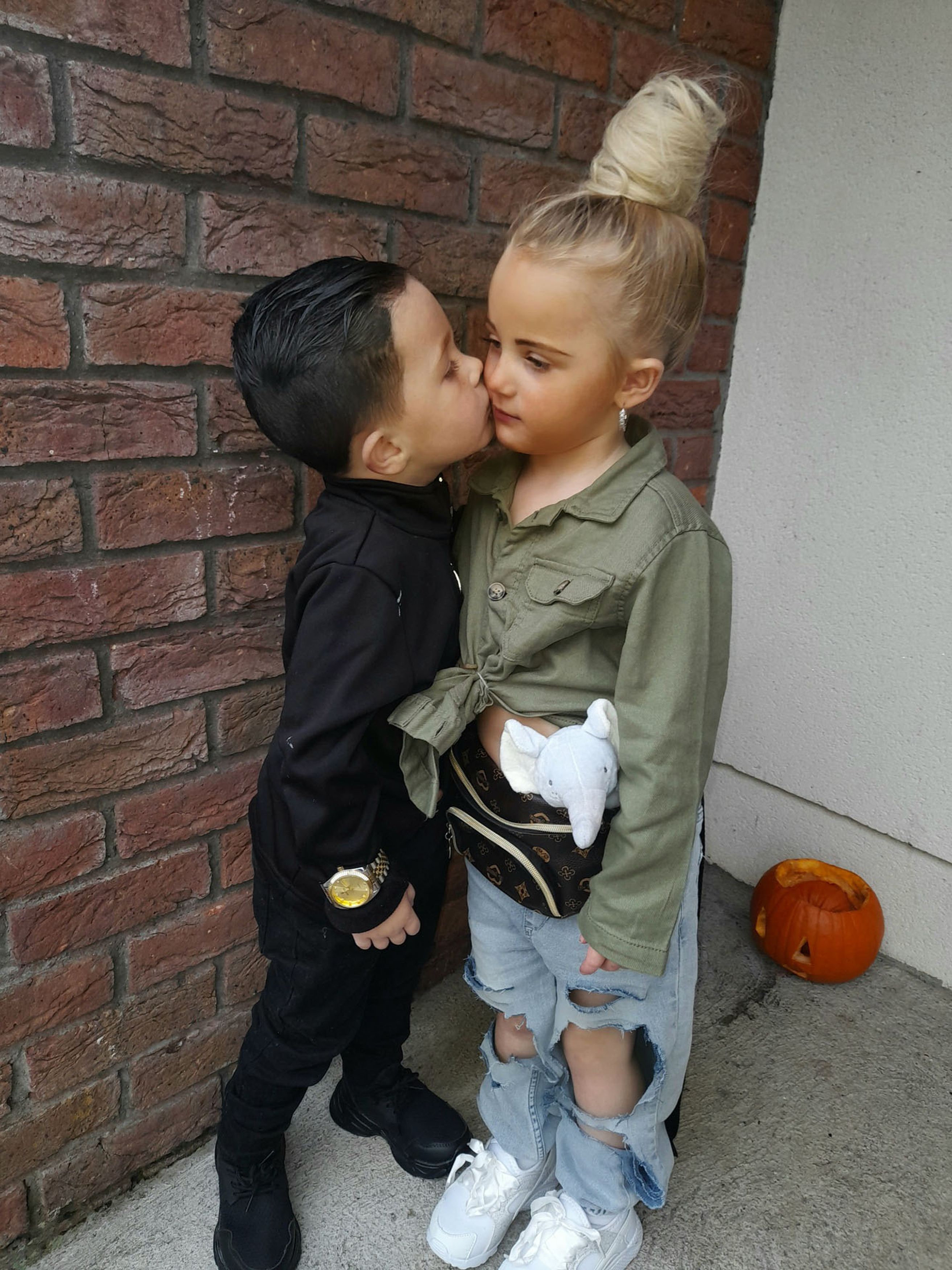 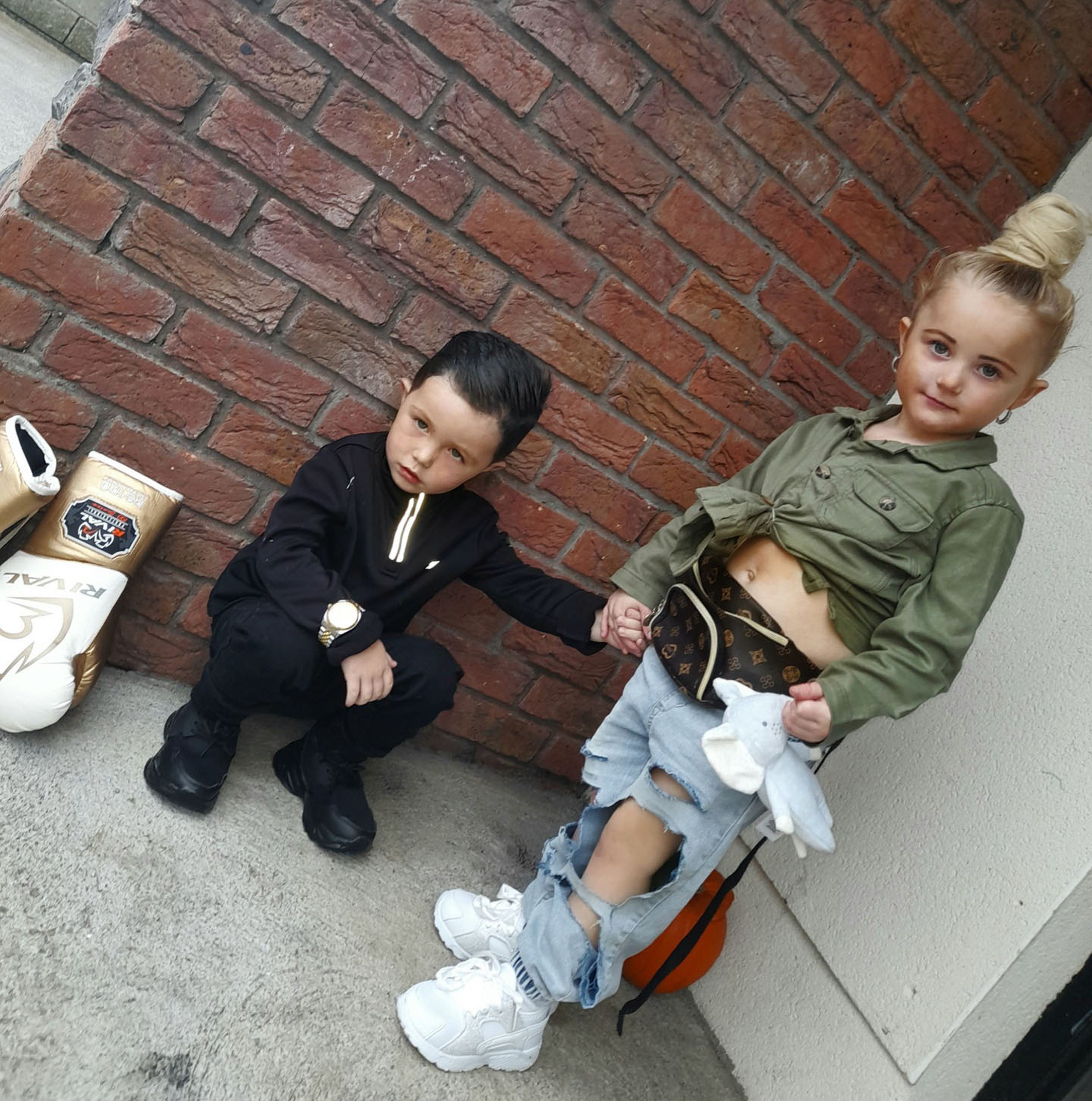 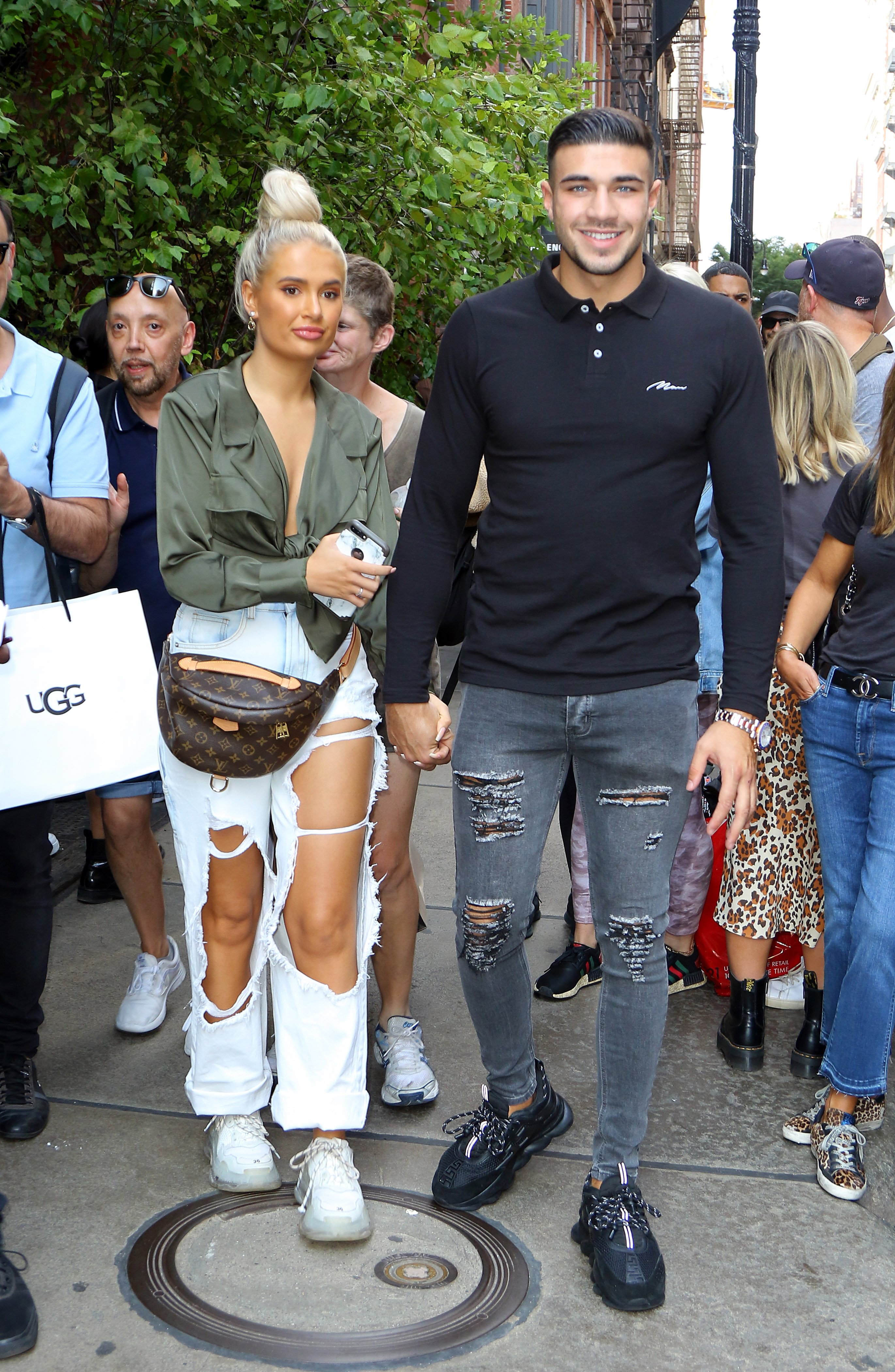 Posed snaps showed Eileen sporting light, ripped jeans, a green shirt knotted at the waist, trainers and a Louis Vuitton-style bumbag with her hair scraped up into a messy bun.

The mini model even posed with her very own 'Ellie Belly' cuddly elephant – that became famous for its own appearance on Love Island.

William was a pint-sized Tommy doppelganger with his black chinos, black top and trainers, paired with his very own gold Rolex watch and boxing gloves.

Completing the look, William's hair was sprayed black to look just like the boxer.

The fancy dress look was inspired by a paparazzi shot of the loved-up couple in near-identical outfits to the tots as they sauntered down the street hand in hand.

The tots' trainers cost around £15 each, while both their tops and trousers set the mums back around £60 in Zara and Next.

Sweet snaps show the pair holding hands and kissing each other on the cheek as the other stands straight-faced, eventually cracking a smile while crouching down for some candid shots.

When the sequence was shared on Twitter, the sisters were bombarded with stinging criticism branding them 'freaks' and condemning them for dressing their kids as 'people they don't know', rather than 'something cute'.

However William's mum ,26-year-old Amie, has hit back at critics to say 'they're our kids and that's how we decided to dress them' and that they were comfortable with the couple-like poses 'because they have a close relationship'.

Amie, from Newcastle West, County Limerick, Ireland, said: "We showed them pictures of Tommy and Molly-Mae beforehand so they knew who they were, they were happy to do it.

"We organised the clothes a couple of days before, it was quite cheap. My sister even managed to get Molly-Mae's cuddly elephant Ellie Belly.

"The pictures were really cute. My youngest sister got them to pose because If I was trying there's no way he'd do it, but he listened to her.

"We were chatting about Halloween and we said it would be interesting to have them dressed as Molly-Mae and Tommy because we're big fans. We watched them on Love Island as well.

"They're our kids and that's what we decided to dress them up as and they were happy with it. William likes boxing, so he was so happy to be dressing up as a boxer.

"If someone wants to dress their kids up as something else, that's their decision. We did dress them up in other costumes too but we wanted to do a little bit extra.

"I know they were dressed as a couple but they're just little cousins and they're so close."

Full-time mum Amie, who lives in Charleville, County Cork, insists she and Kathleen, 33, did dress them up in other costumes as well, such as Spiderman, so they did get to enjoy more traditional fancy-dress too.

The controversial costumes earned the tots first prize in a local Facebook group's competition on Monday and the family were keen to share their posed photos and celebrate their victory.

But when one of their posts was shared on Twitter many users criticised their choices, with more than 20,000 people 'liking' a tweet slamming the mums.

One user said: "I hate this place. The wee man probably wanted to be a dinosaur."

Another agreed adding: "I hate it when parents force costumes onto their children without asking them what they wanna dress up as. They probably don't know who these people are."

A third said: "Gone are the days when kids dressed as skeletons and zombies, now it’s this sh**e."

"Freaks," said one cruel tweeter, and another simply wrote, “Oh this is awful." 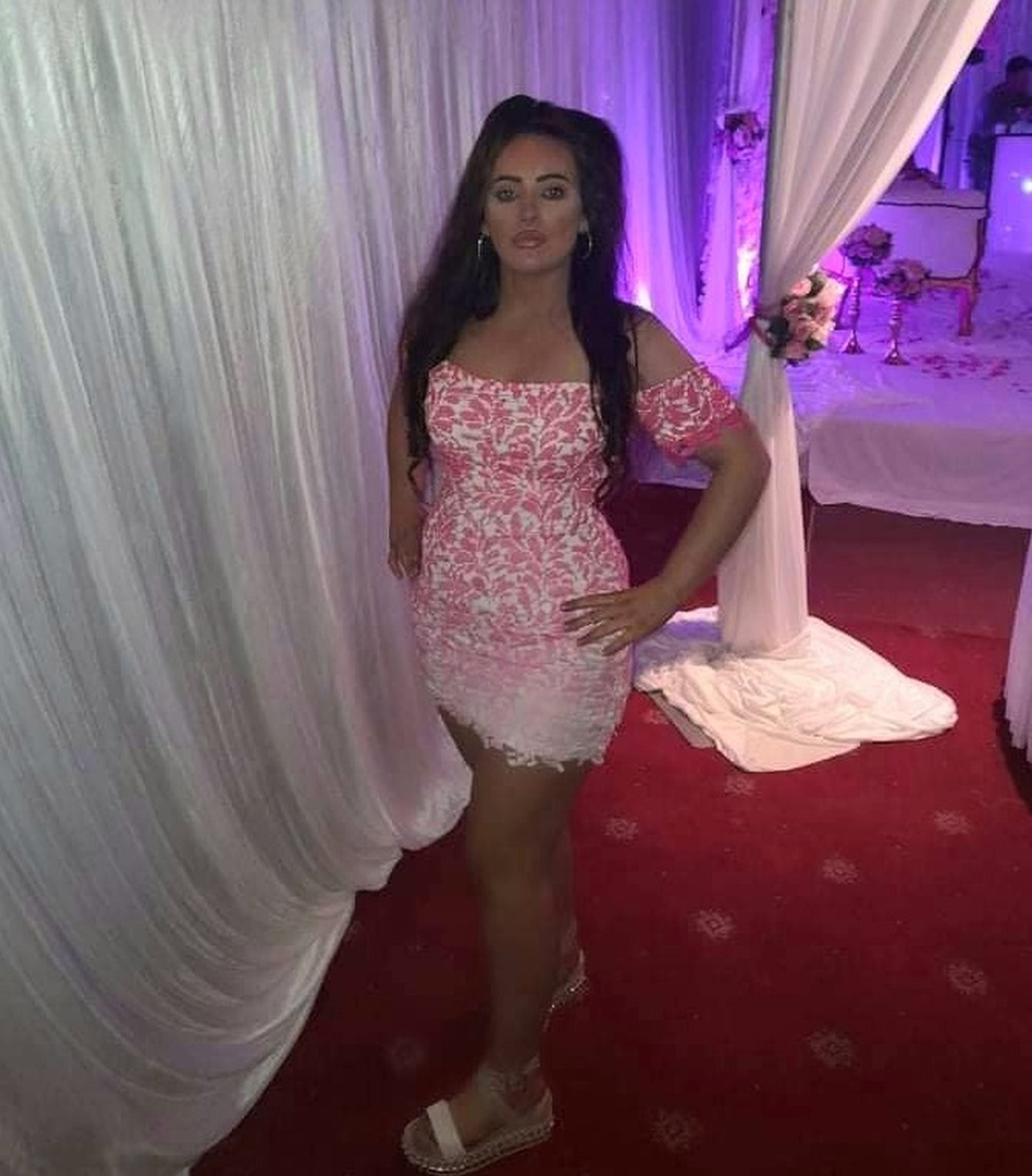