WHEN you first kick start a new diet and exercise regime, the pounds just seem to melt off.

But then you hit a point where the last few pounds of belly fat just don't want to budge – no matter how many sit ups you do. 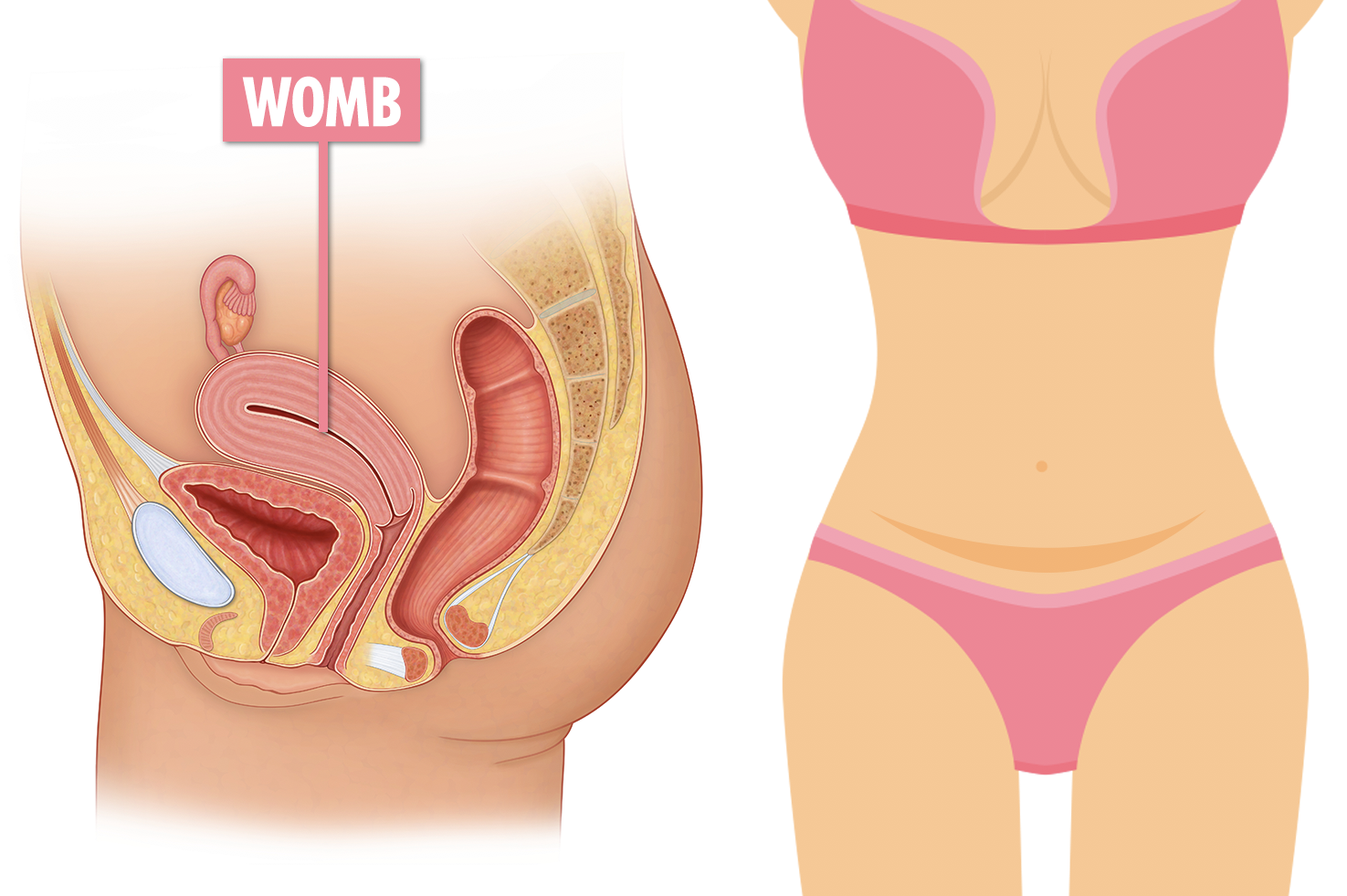 For those dreaming of washboard abs, that extra bit of podge can leave us frustrated and looking for answers.

That seems to be the case for one social media user who took to Twitter to try and justify why women might be struggling to blitz the lower belly bulge.

The now viral tweet, by user @isobelwenham, claims that the "bump" is actually a woman's uterus, or womb.

Writing on the platform on Tuesday, she said: "brooooo I’ve just learnt that slight bump at the bottom of girls stomach is our literal uterus??

"I feel like this should be taught more in school bc I literally almost killed myself trying to get rid of my f*****g UTERUS??? [sic]".

As much as we'd love to believe it, sadly it's just not true.

Dr Sarah Jarvis, GP and clinical director of Patient.info, said: "Unless you’re pregnant or have a condition called fibroids, which are non-cancerous growths in the muscle lining your womb, you can’t feel your uterus in your tummy.

"It’s usually only 3-4 inches long and is tucked away inside your pelvis, behind your pelvic bone.

"When you get pregnant, the womb grows enough to be felt above your pelvic bone by the time you’re about 12 weeks’ pregnant.

Unless you’re pregnant or have a condition called fibroids, you can’t feel your uterus in your tummy

"Fibroids will cause the womb to enlarge, but they vary enormously in size.

"Many women have one or even several small fibroids and their womb is still not big enough to be felt above the pelvic bone at the bottom of your tummy.

"However, in extreme cases, fibroids can cause your womb to enlarge as much as the womb of a woman who is 6 months’ pregnant."

Other social media users were also quick to hit out at the tweet claiming it was "anatomically incorrect", with some poking fun at those who had believed it.

It prompted the original poster to update her message, saying: "thought I’d clear up that when I say it’s our uterus I don’t mean our uterus is sitting right right there (although it does protrude out for some) I mean the pouch is caused by our uterus, the slight protrusion and the stubborn layer of fat which is designed to protect it."

Actually, this time she's along the right lines – a little bit of belly fat is actually needed to protect organs including your stomach and intestines.

The apron of fat, called the omentum, is referred to as the 'policeman of the abdomen' for its vital role in promoting immunity.

However it also works the other way as too much fat can be damaging.

Extra fat cells deep in your abdomen, known as visceral fat, generate hormones that can cause inflammation and lead to heart disease and diabetes.

But once you start losing the weight, every pound shed can help reduce your girth.

So your first port of call should be to try to get a good sleep.

It's recommended that you get around eight hours of sleep each night to allow your body to recover from the day and repair any damage it needs to overnight.

Stop eating so much sugar

Zana Morris is the author of The High Fat Diet: How to lose 10lb in 14 days, and she's also the founder of The Clock and Library Gyms.

As well as being an expert in weight loss and strength training, she's a particular whiz at zapping belly fat.

She says that belly fat is indeed linked to sugar consumption.

"Sugar causes the release of insulin, which in turn encourages the body to store fat particularly around the middle," she told The Sun.

"Cutting sugar and foods that break down quickly into sugars (e.g. fruit/bread/pasta/wine), will reduce and stabilise levels of insulin as well as help your body to look to fat for fuel."

Zana adds: "The most effective formula for getting rid of belly fat is combining high-intensity training (e.g sprinting or whole body weighted exercises like squats) with a very low carb (sugar) and high fat plan.

"Fat is the only food group that doesn't cause the body to release insulin."

"A chronic output of the stress hormone cortisol may also play a role with fat storage around the middle.

"As we age, there is also a greater tendency to store fat around the middle which is partly be due to shifts in hormonal balance."