A DAD and his teen son were blasted by trolls for hugging each other, but they were soon shut down by the perfect response.

Dad Eric Owens shared a montage of images of himself and his son over the years, showing his kid snuggled up under his arm. 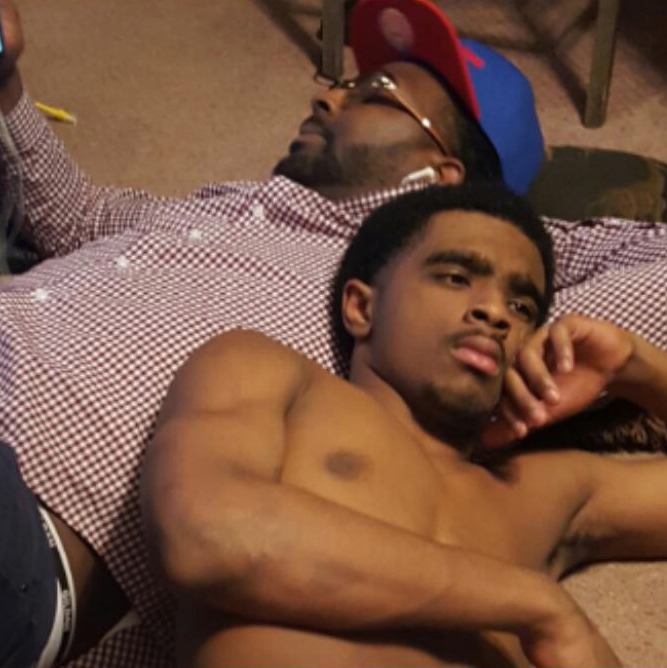 Snaps shows the lad as a young boy with a bottle of milk leaning on his dad, while two others show him fast asleep on his chest.

And the last snaps show him as an adult, still cuddled up to his dad.

Eric shared the tender moments on Facebook, captioned: “18 years later and he still under my arm.”

The post has since gone viral, racking up more than 34,000 likes as people praised the bond between father and son, calling it "sweet" and "beautiful". 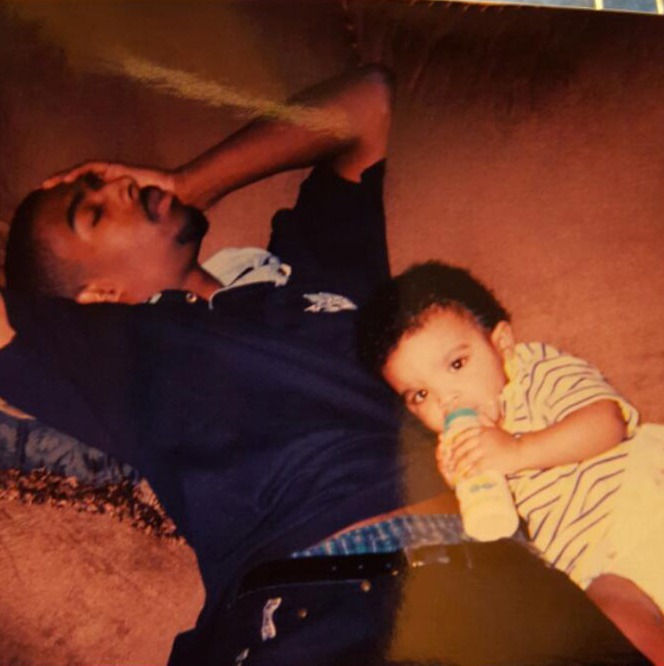 But there were some people who blasted the action as 'unacceptable’, claiming men shouldn’t hug each other.

One person wrote: “This is the weirdest s**t ever, girl and her mother is one thing but a man shouldn’t be raising is son to lay on him like that.

“A father daughter I can see but this here is unacceptable.”

While someone else posted: “Umm there’s bonding but this ain’t it. I gave no words for this. 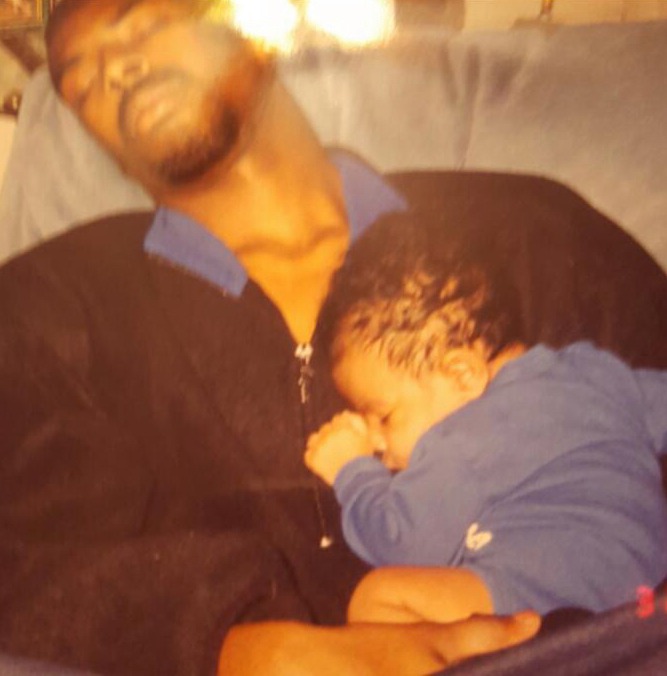 “I can’t remember being up under my dad like that after 9 years old.

“Lmao fathers and sons bond all the time. First time seeing this. How old is he again.”

While a third raged: “Most of the people commenting on this post are women and are relating this from a woman’s perspective as a mother and daughter..

“Women do that that’s the nature of women. And if it was the same man in the photo laying on his mom like that there’s nothing wrong with that either. 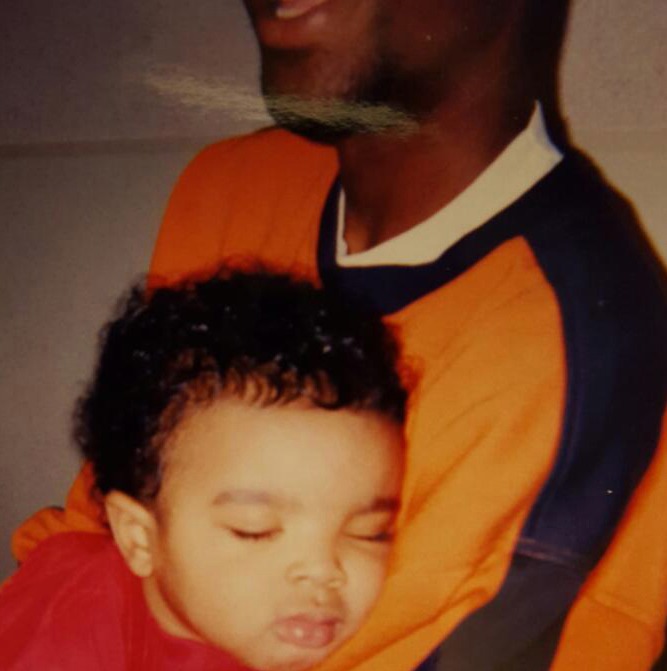 “No grown man should feel comfortable laying up on another grown man. Ain’t nothing MANly about that.

“Women that are friends, sisters, aunts, nieces or whatever lay on each other hold hands play with each other’s hair and slap each other a** and so on.

“Now imagine men that are friends, sons, daddies, uncles, nephews, granddadies and so on doing that same type of stuff to each other lol how that’ll look?”

18 years later and he still under my arm

After the post attracted so much hate, one person put the trolls in their place with the perfect response.

They said: “I want to use this post to clear something up. When I talk about toxic masculinity it always causes a big backlash, and I’ve noticed it’s mainly because men don’t know what it means. 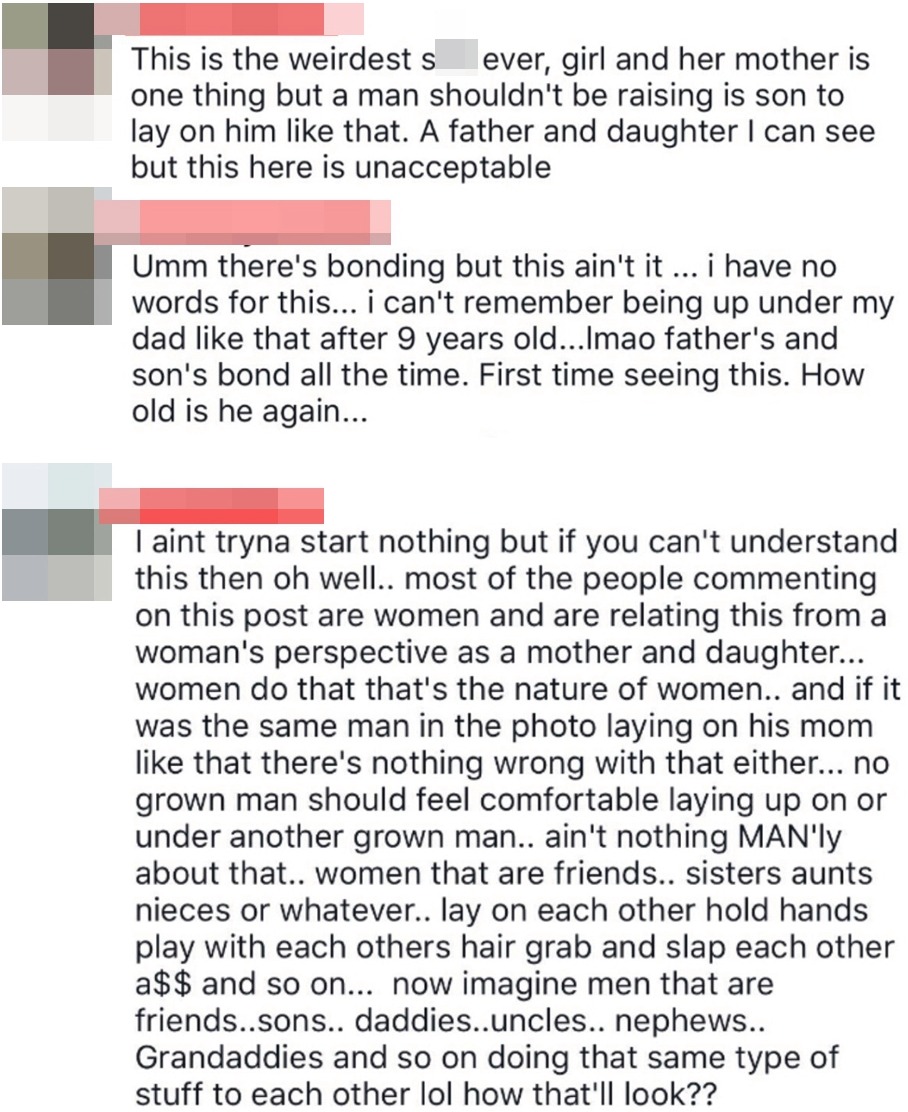 "Toxic masculinity is reinforcing the fear of physical affection between men because it makes them appear too feminine or even ‘homosexual’.

“It has to stop. Let men cry. Let men hold each other. Stop perceiving things that are ‘feminine’ as weak because outing your emotions is not weakness, it’s strength.”

Meanwhile this dad who painted nursery pink after SEVEN baby scans revealed a girl is forced to redecorate after a boy pops out.

Plus this dad claimed he didn't care that he hadn't seen his son for six months over lockdown.

While this Dad surprises son with a bedroom makeover – but gets a SERIOUSLY unimpressed reaction.