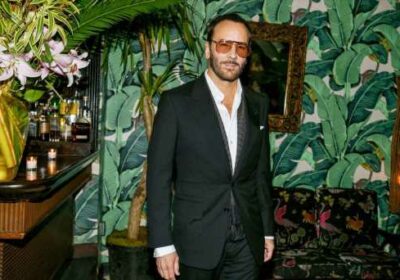 Tom Ford, chairman of the Council of Fashion Designers of America, sent out a letter to its membership this morning saying that the New York Fashion Week show schedule will be renamed the “American Collections Calendar.”

With a growing number of American designers showing their collections later in the season and sometimes outside of New York, whether that be in Europe, Asia, or other key markets, Ford wrote that the CFDA will now be including all American designers within the calendar and on Runway360, its digital platform, regardless of location or collection release date.

The CFDA hasn’t issued its show schedule yet for the upcoming February shows, but it has become increasingly apparent that many U.S. designers — such as Michael Kors, Ralph Lauren, Marc Jacobs and Tory Burch — are planning to present their collections later this season and not during NYFW, which is scheduled from Feb. 14 to 17.

In the letter, Ford wrote, “While the CFDA will continue to encourage American designers to show in New York during New York Fashion Week, we recognize the need for some to broaden their global visibility. In the past few years, many of our members have chosen to show in Europe, Asia, and other key markets and in many cases off-calendar. The events of the past year have only highlighted the need for flexibility within the fashion system.”

Ford pointed out that the chief mission statement of the CFDA since its inception in 1962 has been to promote American fashion both domestically and abroad. “Now more than ever this is one of our primary goals. The world has changed dramatically since 1962 and achieving global brand recognition is key to securing success for American designers,” he wrote.

“To that end, the show schedule that is released by the CFDA each season will be renamed ‘American Collections Calendar,” he wrote. He said that the importance of New York Fashion Week will still remain a priority.

“This season, even more than last, will be a great challenge for all of us as the world grapples with an increasingly devastating pandemic and economic downturn. We at the CFDA are here to support you in any way that we can,” wrote Ford.

In making the decision, Steven Kolb, chief executive officer of the CFDA, told WWD that they have been looking at the upcoming market and saw the success of Runway360 last September, which was basically a virtual fashion week and a shortened three days.

“We got incredible response from buyers and editors who found the platform really easy, accessible, fluid and helpful,” said Kolb.

He said they knew that the COVID-19 crisis wasn’t going to be any better in February and was likely to be worse. “COVID-19 is raging and many countries are shut down, production chains shut down. This season, even more than last, we’re seeing designers are impacted. That resulted is an even greater need of flexibility around their collections and how they show,” said Kolb. 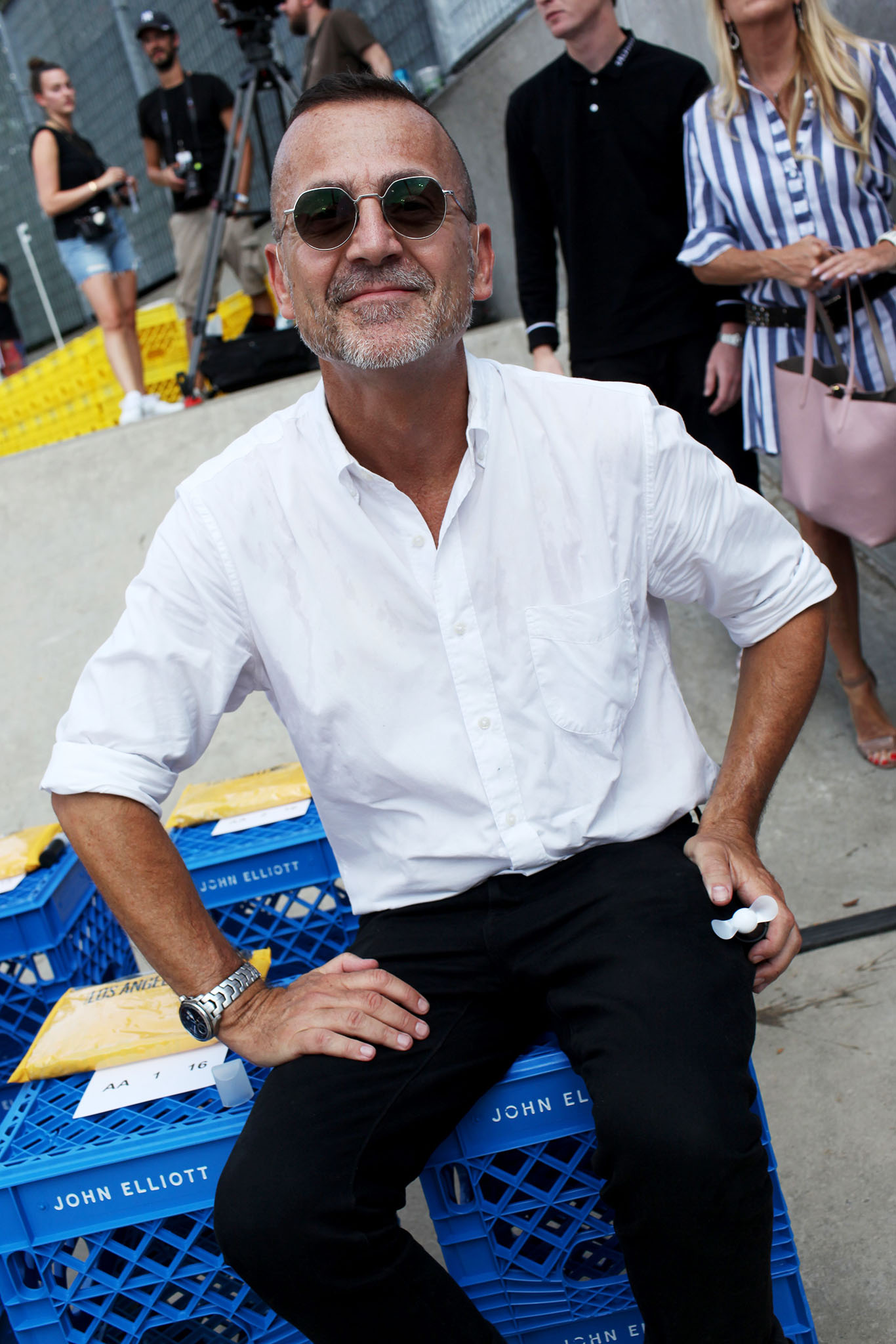 He pointed out that last season, many designers didn’t show during that three-day period because of supply chain issues, or not being prepared because they couldn’t be in their studios. He said that holds true for a lot of companies again.

As the CFDA looked at that impact on this particular season, they started to think about how designers show collections. He said they acknowledged that even before the pandemic, designers chose not to show during fashion week or decided to show at a different location. They could be showing in Asia coinciding with a store opening, or showing with a special calendar event, such as an anniversary, he said. “We’d already seen American designers, before the pandemic, starting to show outside of fashion week or in other locations,” said Kolb.

In fact, when they conducted a study several years ago on the future of fashion week, the main finding was “Brands should do what is best for the brand.”

“Our mission is to globalize American fashion and to support American designers, big and small, throughout the year, and not just during fashion week. With that in mind, it really made sense to us to look at the market and collections bigger than just New York Fashion Week. That’s where we came up with Tom’s letter, and ‘American Collections,’ and that approach moving forward,” said Kolb.

He said the new calendar would embrace brands that show after NYFW because of supply chain issues, or to connect with a specific event, or a brand that’s on a European calendar, or showing in Asia, when they get back to live events.

“The ‘American Collections Calendar’ is really going to bring all the American shows and presentations together in that calendar. The heart of the ‘American Collections Calendar’ will always be New York Fashion Week. This is not about dismissing or abandoning NYFW. NYFW is the heart, it’s the soul, it’s the foundation of this new modern way of thinking which is really reflective of how the business is operating today,” said Kolb.

The  “American Collections Calendar” will come out twice a year. The fashion calendar continues as an online platform that is updated year-round, listing all fashion-related events in New York.

According to Kolb, NYFW from Feb. 14 to 17 will still feature emerging designers and known brands .

He was asked if a year from now, when hopefully things are better, would he want to encourage people to show in New York during NYFW?

“Yes, NYFW is the soul and heart and foundation of this new way of thinking. We are super excited about New York in September and where we might be with the vaccine roll-out and hopefully people will be vaccinated in the summer. We anticipate September NYFW as being important and creative. We’re acknowledging and supporting the brands that aren’t able to show in New York, or have a business strategy to show elsewhere either in time or location,” he said.

During the past few years, Gabriela Hearst, Thom Brown and Altuzarra have shown in Paris, Rodarte and Tom Ford have shown Los Angeles and Tommy Hilfiger has shown all over the world. “This is really aligning with the business strategy those brands see as business opportunities,” he said.

Kolb acknowledged that American fashion is a huge global business.

Asked if they’ve run this by IMG, which owns NYFW: The Shows, Kolb said he doesn’t have to run anything by them. He said IMG is doing NYFW: The Shows, and CFDA is New York Fashion Week and is the fashion calendar. “We are the official scheduler and organizer of New York Fashion Week, and we’re extending that and growing that in now having the ‘American Collections Calendar.’ IMG has their own schedule,” he said.

He said a lot of IMG brands are on the CFDA calendar. “They [IMG] are very focused on producing events. They’re an entertainment company. We’re a not-for-profit organization that represents American fashion. We bought the fashion calendar from Ruth Finley, and we schedule  NYFW. We work with IMG during NYFW. We share schedules and support each other. What we’re talking about is furthering and strengthening the mission of the CFDA, which is supporting American designers in the global economy. Some of them will choose different times and different places to show.”

As for the upcoming NYFW, Kolb said he expects to have about the same amount or perhaps more brands participating than in September. Last September, 82 brands took part in Runway360. “The idea of a calendar release is not really necessary. When you have live shows, you have to release the schedule in advance, so people have to plan travel and logistical coordination. We want to take the time and really get things shored up, so people [designers] have time to confirm,” he said.

“We’re going to have a very fleshed-out schedule which we’ll be able to share early next week. You’ll see some brands returning that haven’t been on a calendar for a while, you’ll see some new brands, you’ll see the continued engagement of more diversity. What’s so powerful about Runway360 is open access, we’re supporting emerging talent, it has global reach, and it’s flexible. You can be a brand that has a budget and makes a movie, or you can get a studio and livestream with no audience, and you can be a brand that asks your friend to come over to your apartment, put them in your clothes and ask a neighbor to shoot a look book.”

He said brands can spend as little or as much as they want. Runway360 is also business-to-business. One can see a collection and move into a virtual showroom. “It’s going to be great,” said Kolb.

New York Fashion Week Will Be a Mostly Digital Event

The Best Fashion Presentation Moments of 2020