A DIY-lovinghas revealed the Frenchic makeover she gave her bathroom nearly two months ago is still standing strong – despite many criticising her design choice.

Margareth Paulsen, from Dunfermline in Fife, said she was happy to "prove people wrong" after she gave her "ancient" wet room a stylish monochrome makeover during lockdown. 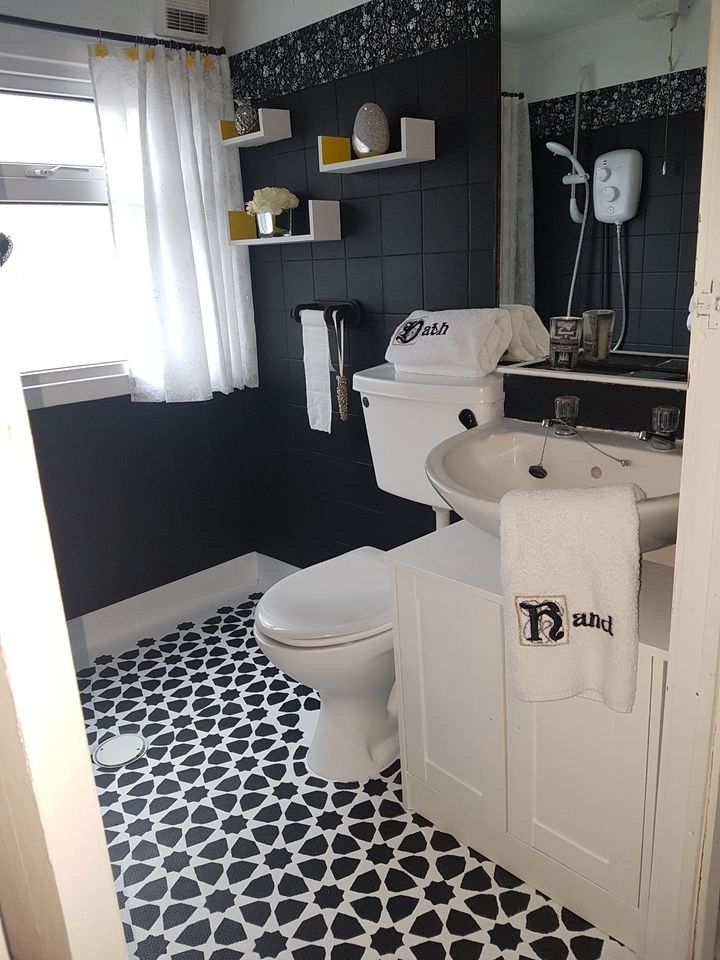 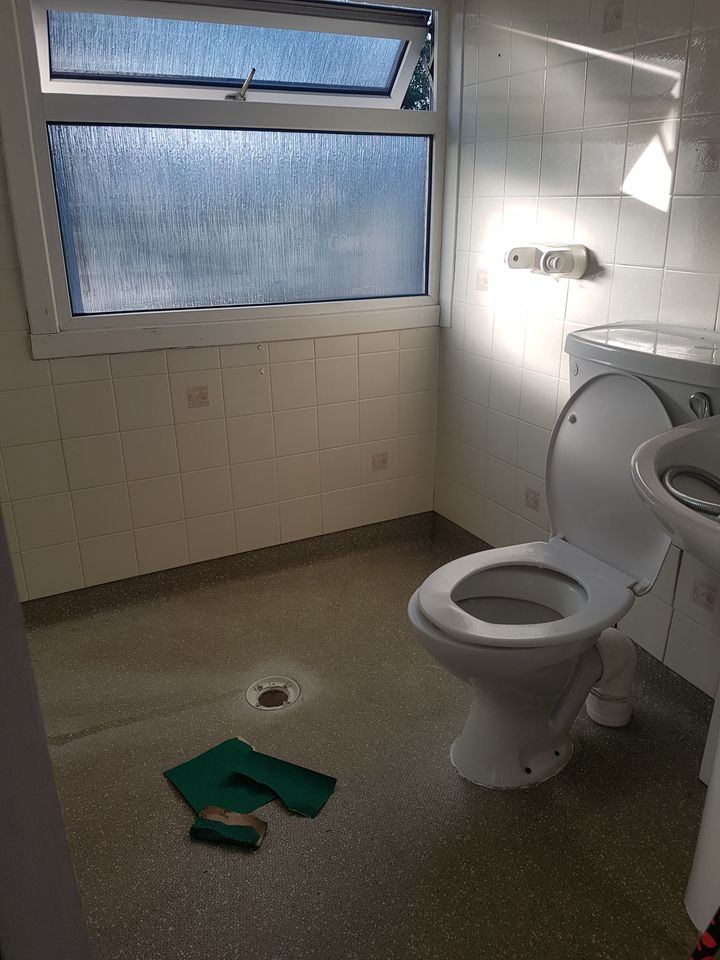 The thrifty DIY fan said she was thrilled to be able to bring her "horrendous" wet room "back to life" with the £100 makeover – and believes she has saved £2,000 by doing it herself.

She shared an update with friends on Facebook, writing: "It's been over a month now since I did this makeover.

"There were but two sceptics that said it wouldn't last. Well, it has!

"I'm in it every day, this is the dogs second shower and there’s not a mark and not scratch to be seen! 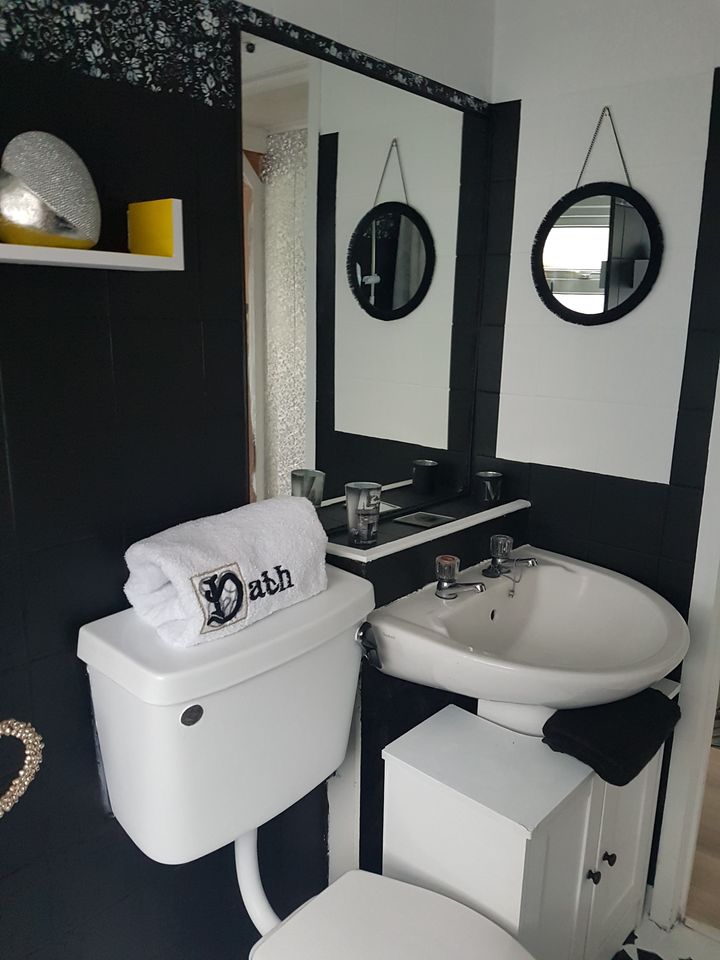 "So if you're thinking you want to but are scared, do it just take your time but definitely do it!!"

The post instantly raked up nearly 2,000 likes and 400 comments with strangers praising Margareth on her clever DIY skills.

Ms Paulsen said she couldn’t afford to get her wet room professionally redone so she decided to try her hand at DIY in July during coronavirus lockdown.

She found Frenchic paint in August 2019 and was "amazed" and inspired by people’s kitchens, doors and floors being "brought back to life" for so cheap. 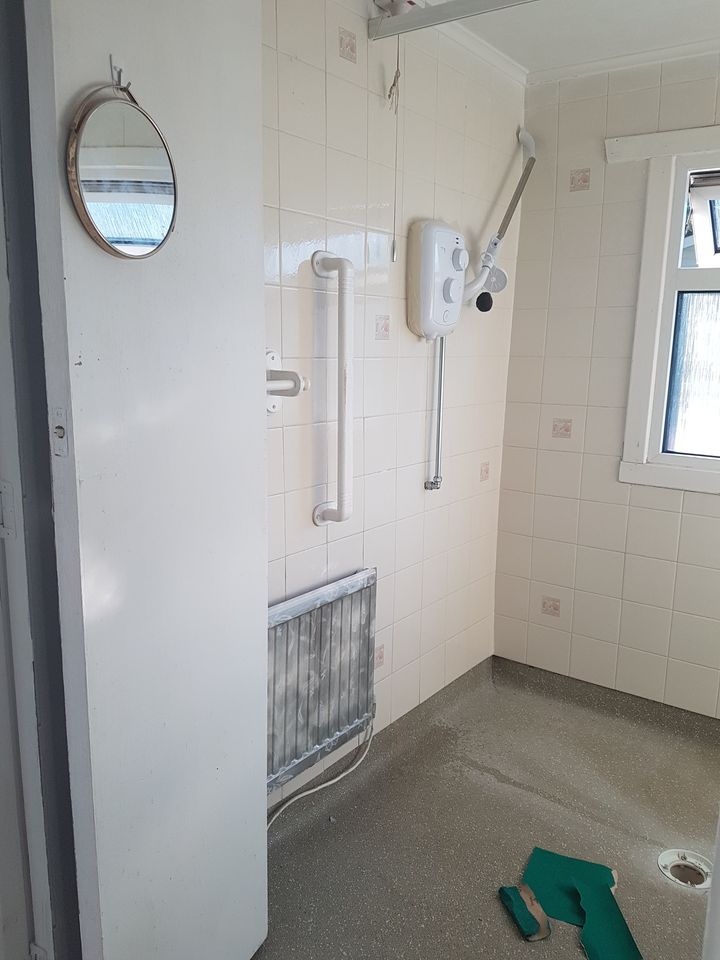 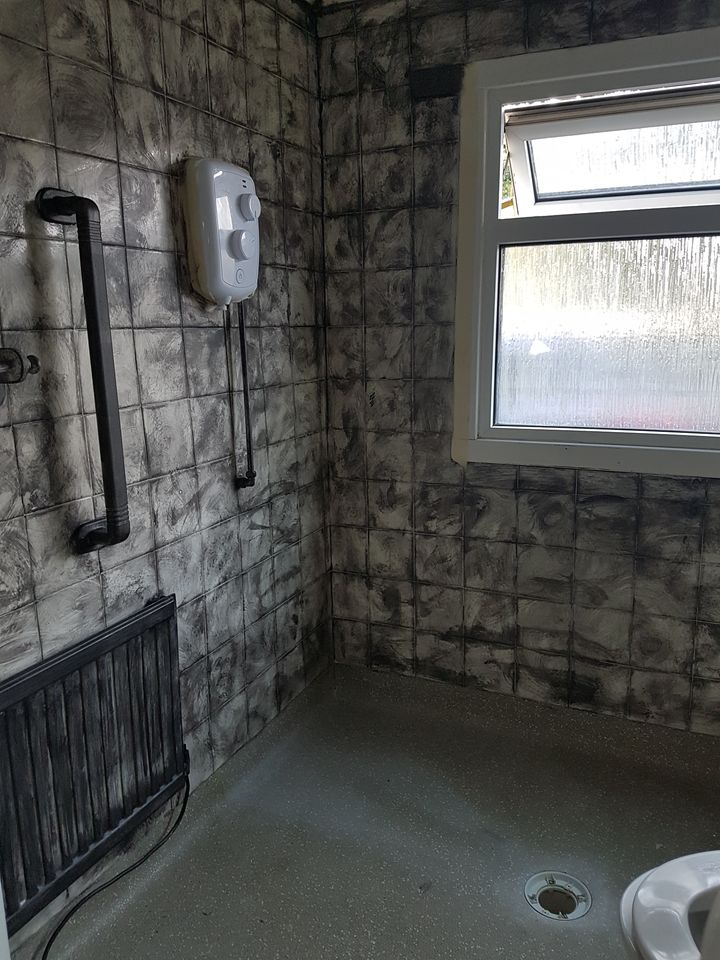 Margareth started painting other things around the house – doors, radiators and odd furniture –  before deciding she was brave enough to tackle the "ancient" wet room.

She said: "My old wet room was horrendous but I couldn't afford to get it all done professionally so I thought why not go for it?

"So I emptied it all out and sugar soaped the walls and floor leaving it to dry completely, before sanding it down by hand using a fine sanding sheet.

"I used Blackjack Alfresco Frenchic paint on the walls, applying fine coats and leaving for 12 hours in between the first two coats to give it the best chance of staying put!’ 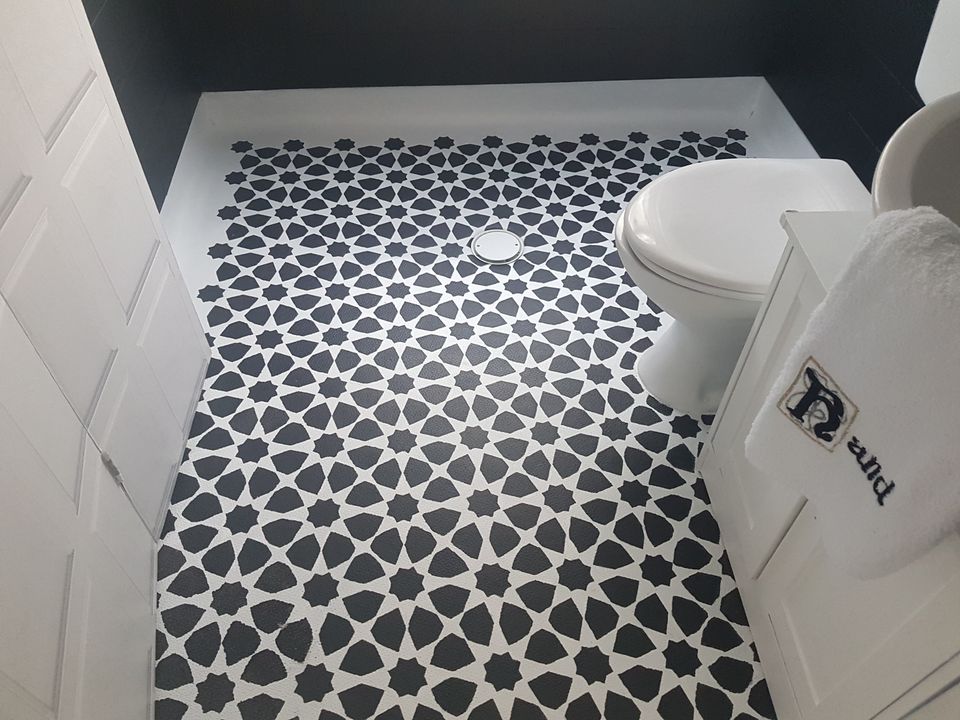 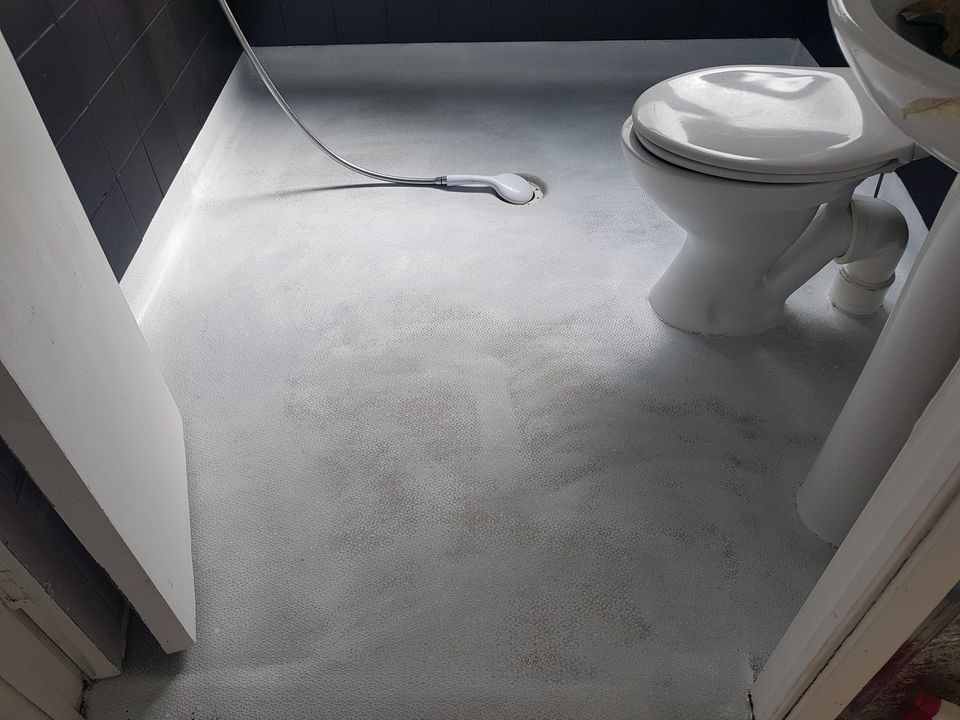 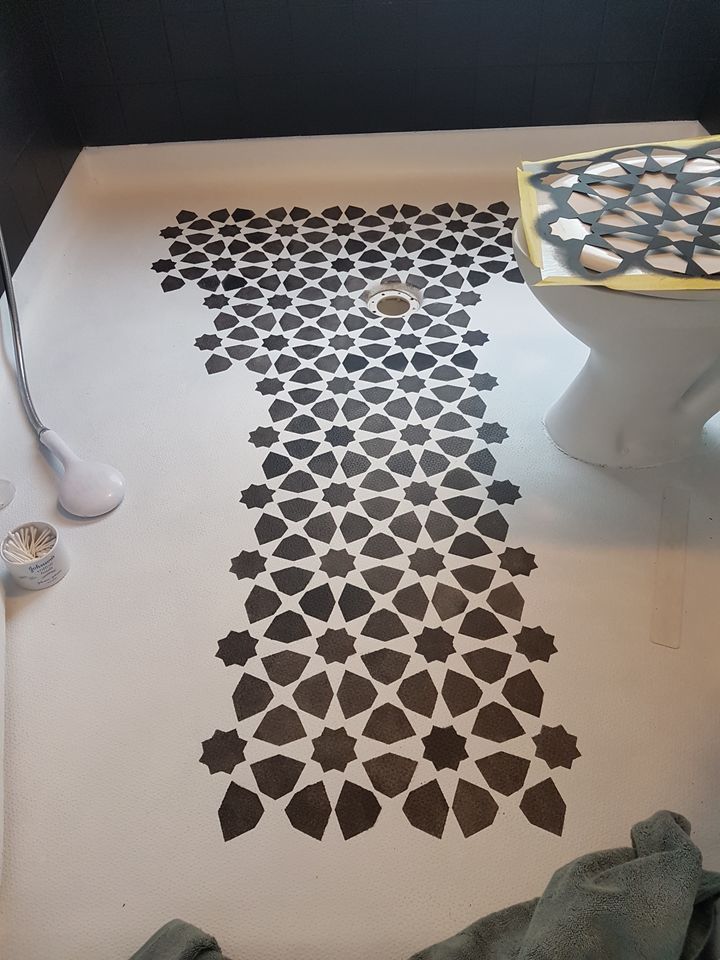 Margareth also explained that she was showering in the morning so the wet room was completely dry before she resumed painting in the evening.

The walls took four coats of Frenchic paint – turning them from dull white to a stylish black shade.

She said the whole project required keen attention to detail and even joked that the stress of completing the DIY makeover has taken 10 years off of her life expectancy.

She said: "The same attention to detail was then needed when I started the floor. Again, I had to leave 12 hours in between the first two coats. 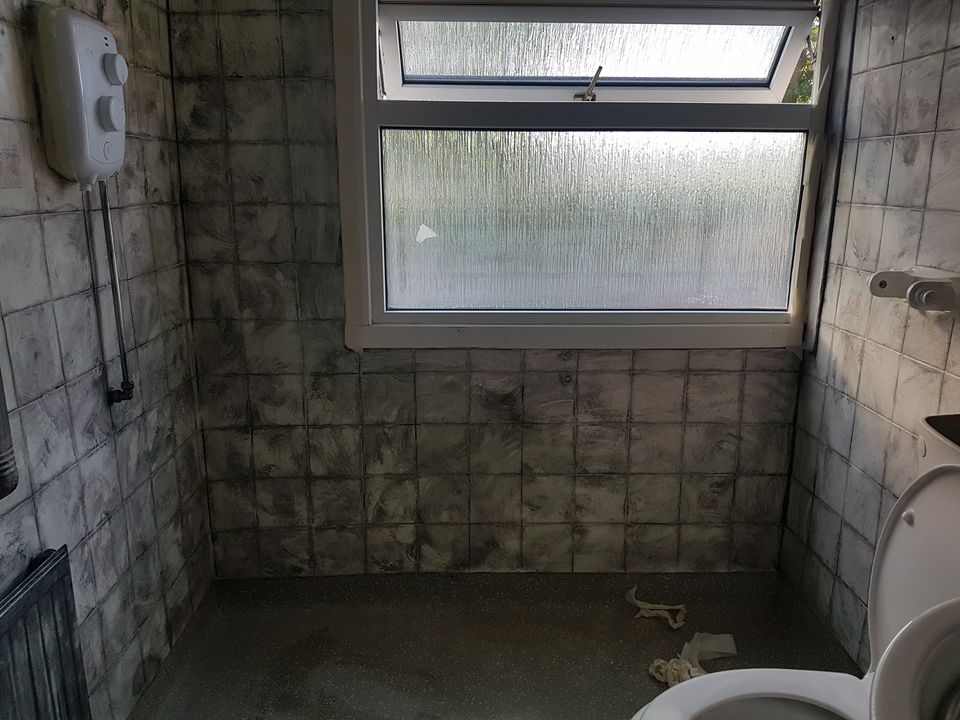 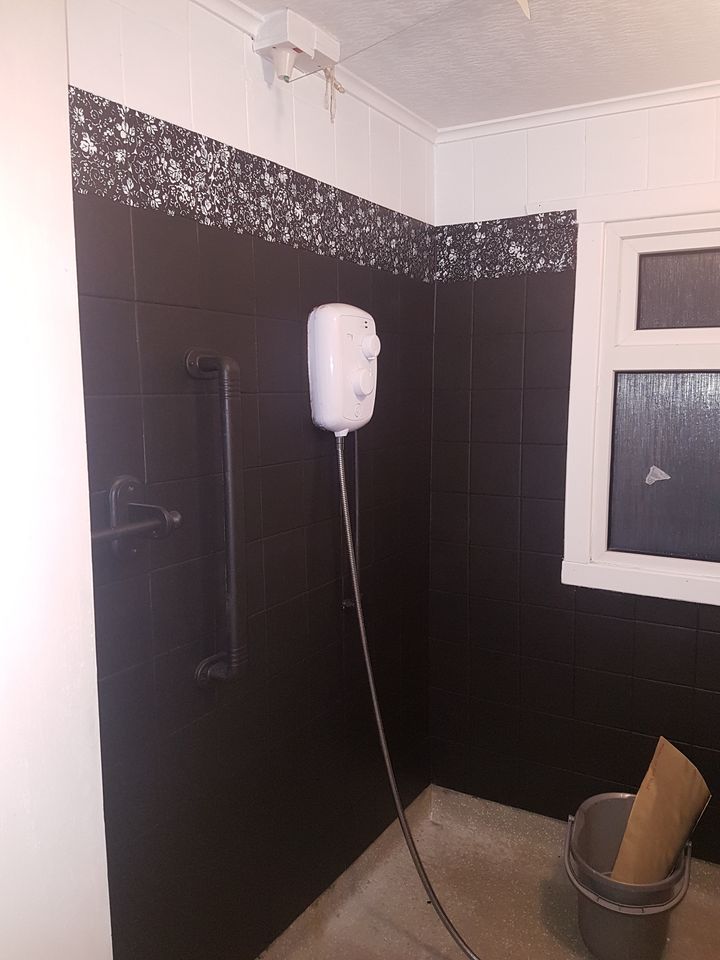 "Everything was so easy to do and a dream to be doing apart from the stenciling. That was hard work and I think it has taken about 10 years off of my life expectancy!

"I could've thrown the towel in at this point many times, but glad I didn't. I reckon I've saved £2,000 easily by doing this myself."

Margareth spent £100 on the makeover – the Frenchic paint cost her £40 and she spent around £60 in high street shops on accessories to match her new monochrome theme. 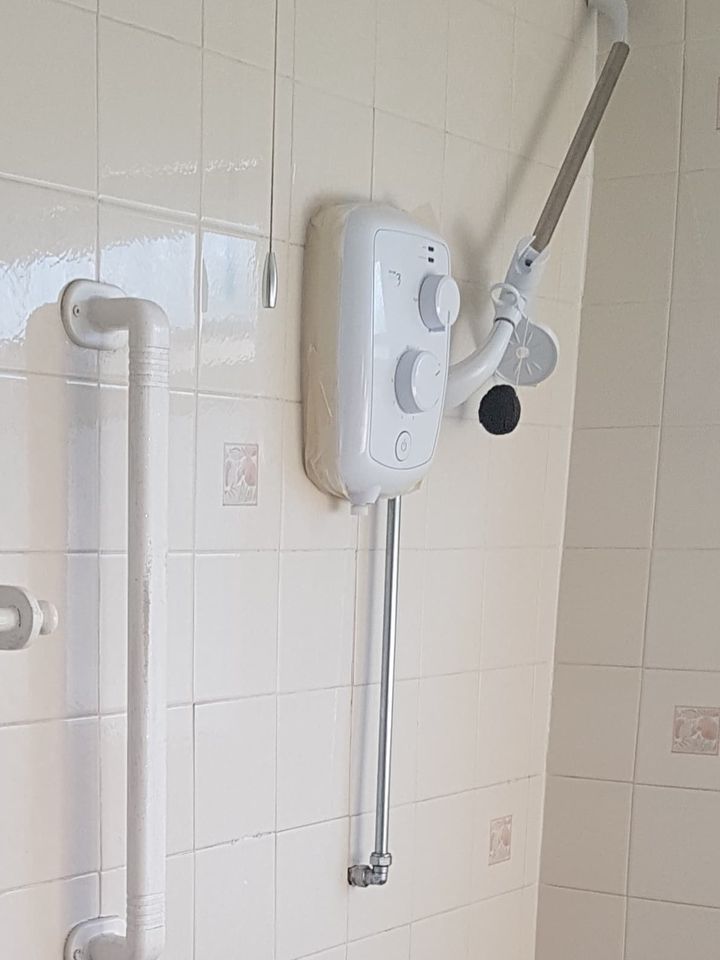 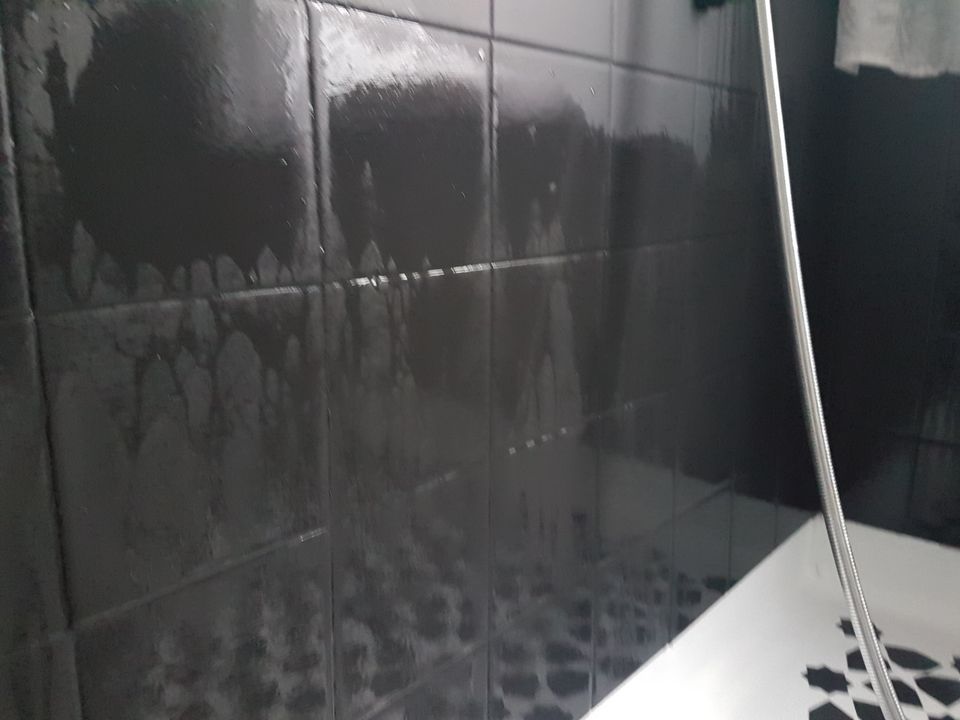 She believes it is the best DIY project she has ever completed and admitted she is "completely over the moon" with the result.

Margareth added: "I was overwhelmed by the response my Facebook post had too – from my family, friends and strangers on social media.

"But there were a few people who said they thought it wouldn't last – now I'm glad to be able to prove them wrong. 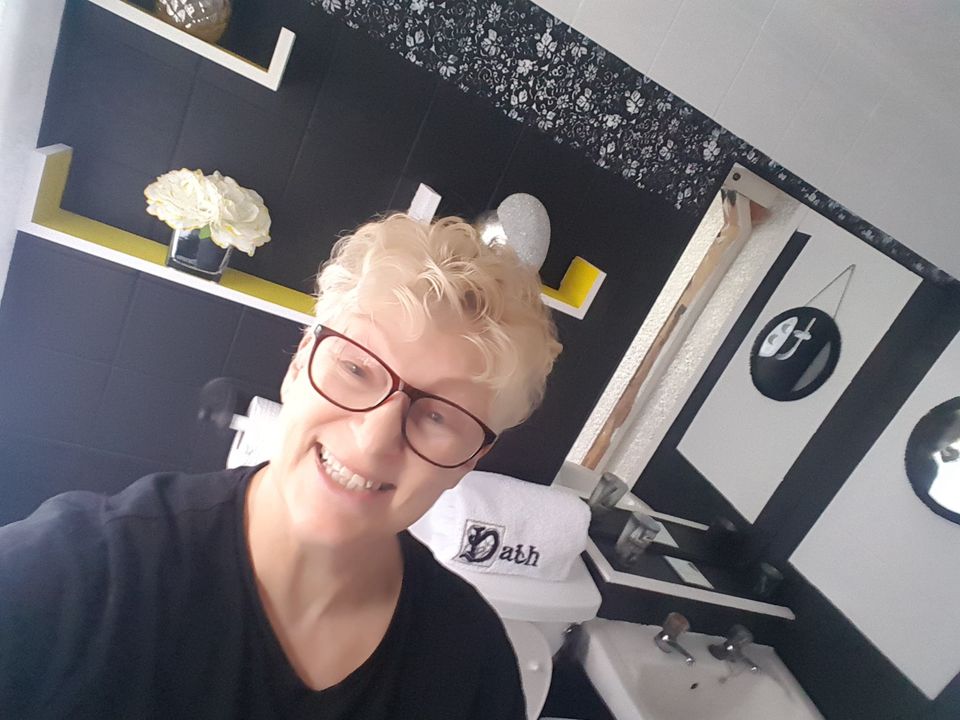 "I’ve had many many showers in there during and after the makeover. I’ve showered the dog in there too – there’s not a mark or scratch anywhere.’

One critic shared: "Wow. It’s not even lasted on my chest of drawers!"

While another asked: "I would be really interested to see how the paint stands up to shower water…

One wrote: "I’ve been so tempted to do my wet room floor as I hate it so much but I have been so worried about how it will last. Your post has definitely made me consider it again."

Another commented: "Maybe you lost 10 years, but good grief woman, it was worth it! It looks amazing!’

We also shared how a woman transforms her bathroom floor from old tiles to a chic grey using B&M £10 stick-on vinyl.

And in other DIY news, a single mum transformed her entire dingy council house for just £50 using B&M bargains.

Plus we shared how a DIY-whizz transforms bland home into a shabby-chic wonderland & saves £3K by painting charity shop furniture.