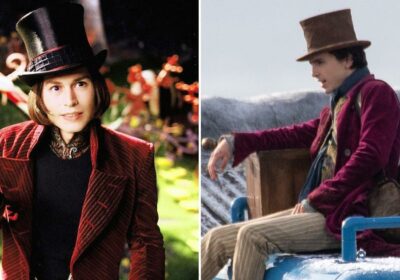 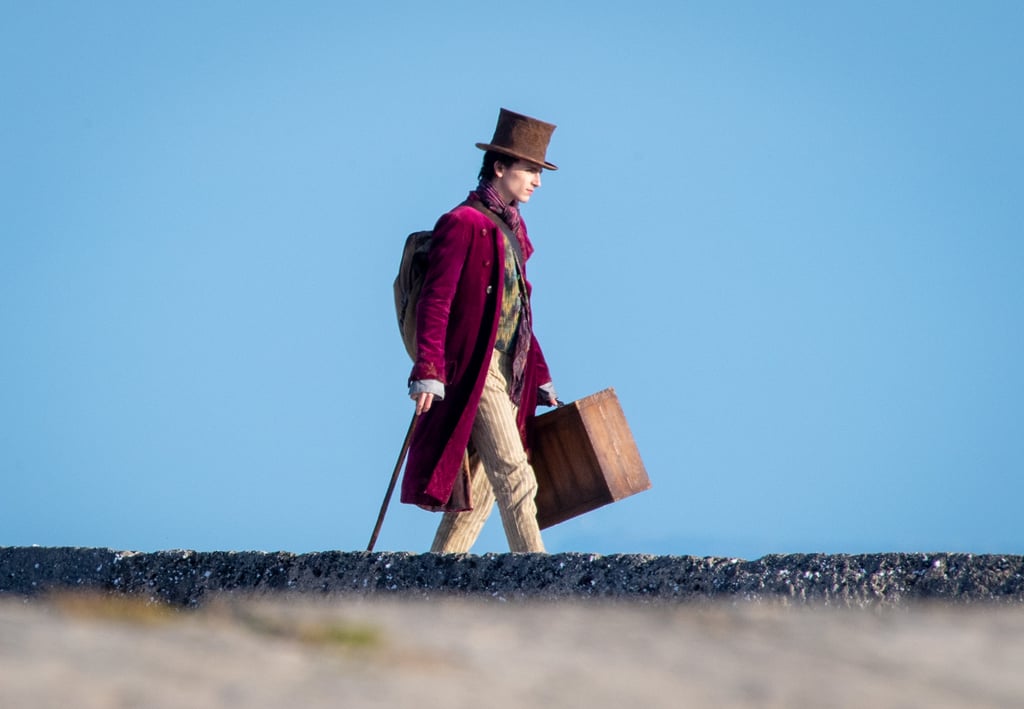 We finally have a first look at Timothée Chalamet as Willy Wonka, and boy, is it a treat. The 25-year-old actor, who’s set to portray the fictional chocolatier in Wonka come 2023, offered eager fans a glimpse at his getup for the Warner Bros. movie on Monday and was soon after spotted filming on set in England. Though Timothée will be playing a young version of Wonka before he opens his larger-than-life chocolate factory, his costume is instantly recognizable and draws inspiration from those worn by Gene Wilder in 1971’s Willy Wonka & the Chocolate Factory and Johnny Depp in 2005’s Charlie and the Chocolate Factory.

Timothée’s take on the eccentric candy maker cherry-picks fashion details from the franchise’s past films — most noticeably, the berry-colored, velvety-smooth coat and top hat — but also weaves in subtle upgrades that are entirely new to the character. Ahead, we take an up-close look at Timothée’s dapper Wonka ensemble to dissect what makes it fresh and 2023-approved while also paying homage to the chocolatier’s roots.