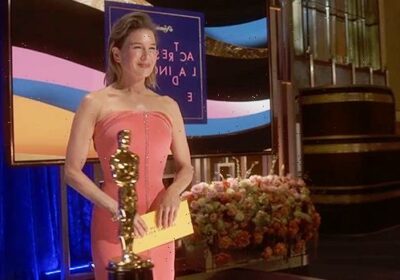 Breathtaking! Renee Zellweger has once again shown off a gorgeous award show look, wearing a figure hugging gown to the 2021 Oscars.

When it comes to Renee Zellweger, she knows what she wants in an awards show look. That’s why it was no surprise when she arrived at the 93rd Academy Awards as a presenter in a figure hugging gown that flattered her slim frame, yet showcased her sculpted arms. The 52-year-old, who celebrated her birthday on Oscars night, showed up to the ceremony in a strapless pink gown, with a slit up the center. Although she skipped the red carpet, she appeared onstage in her stunning look toward the end of the show. 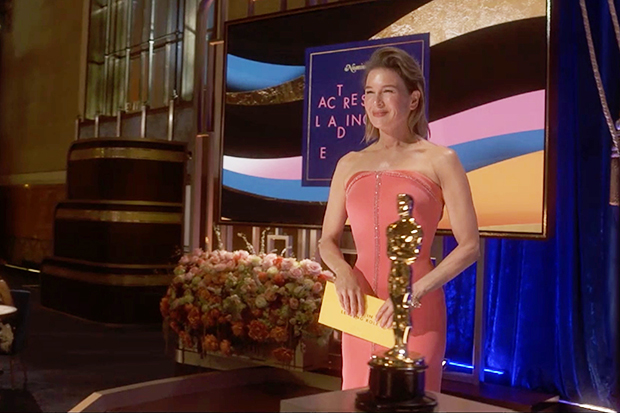 In 2020, Renee took home the Outstanding Actress in a Leading Role Oscar for her work in the Judy Garland biopic Judy. This year she has returned to present the award for Outstanding Actor in a Leading Role, as is tradition among the four acting category winners from the previous year. She’ll be joined by 2020 victors Joaquin Phoenix, Brad Pitt and Laura Dern, who will be passing on Oscars to the 2021 Lead and Supporting category winners. 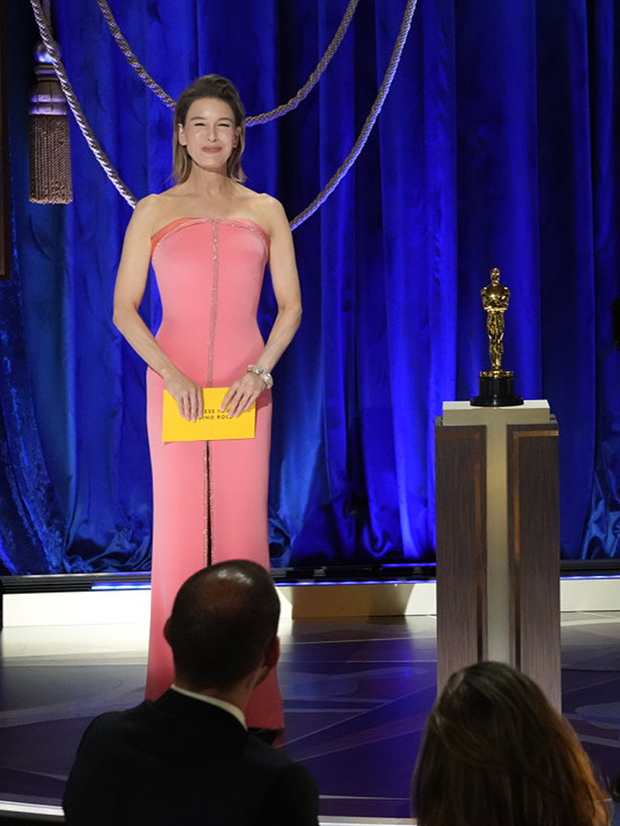 Renee already had one Oscar on her mantle going into 2020, as she won Outstanding Actress in a Supporting Role in 2004 for the Civil War drama Cold Mountain. Her win with Judy was Renee’s first Oscars victory in the lead category, as she was nominated twice before for Bridget Jones’ Diary in 2003 and Chicago in 2004. Renee then took a long acting break from major Hollywood films from the mid-aughts through 2016, when she returned with Bridget Jones’ Baby.

Renee had already given fans a hint of what was to come at the Oscars with her 2021 British Academy Film Awards dress. The beauty arrived on the Apr. 11 red carpet in London wearing a strapless gunmetal grey Armani gown. It fit her so well that it looked like Renee had been dipped in the muted metallic fabric and it came out hugging every inch of her body to such tailored perfection. 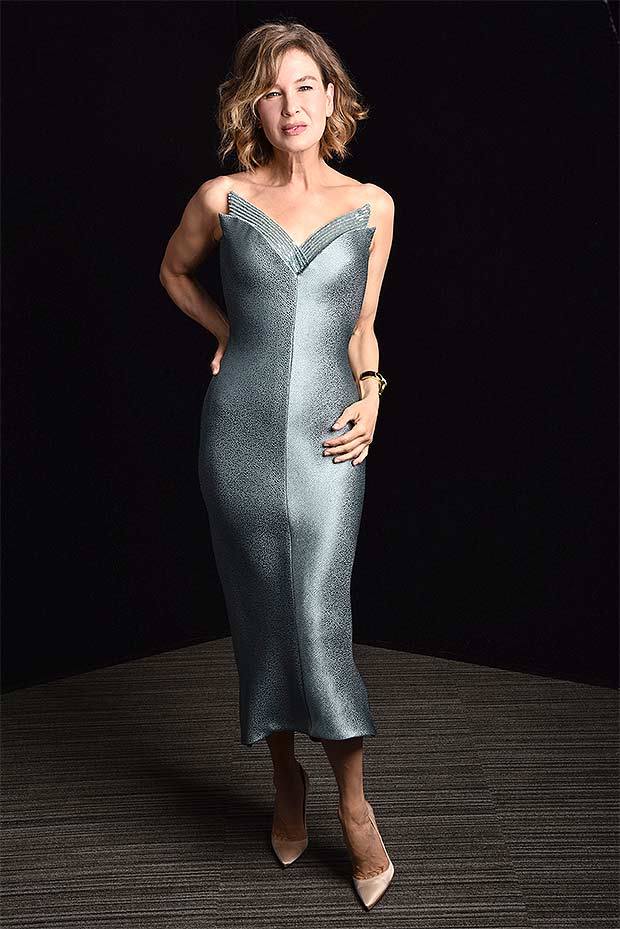 In 2020, Renee chose a white sequined Armani Prive gown with one long sleeve to wear to the Oscars, where she took home the gold statue. It contoured around her fit figure to perfection. Her stylist Petra Flannery told British Vogue at the time that “Renée had always had a distinct, classic, harmonious style. All her looks fit very precisely, so the silhouettes never overwhelm her.”

“We have lots of options, but only the best options,” Flannery explained, saying Renee’s’s aesthetic is “timeless, with modern flair” and that the Jerry Maguire star decides which sketches “speak to her,” and then they narrow down the details. “We map out visuals so we can see each look become part of a story, almost like vignettes,” Petra explained of Renee’s flawless style.  Which explains why Renee absolutely never misses when it comes to her red carpet looks. She knows what she wants, and she knows what works with her silhouette.