Home » Fashion » Queen Elizabeth news: Her Majesty 'got fed up' of Walkabouts after fans 'stuck cameras & IPads DIRECTLY in her face'

Queen Elizabeth news: Her Majesty 'got fed up' of Walkabouts after fans 'stuck cameras & IPads DIRECTLY in her face' 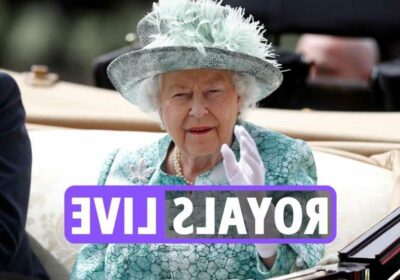 A ROYAL author has suggested that the queen is starting to get “fed up” with a certain aspect of royal visits.

Her Majesty is said to be growing tired of her famous Walkabouts, an event set up by her in the 70s, which see the Queen interact with the public and exchange a few words.

According to Royal author Ian Lloyd, people no longer want to speak with the Monarch, and would rather "have their phones out".

He told the Express: "These days people only want selfies and photographs of her, they just hold up their cameras or, even more alarming, their iPads so she is faced with a wall of that when she looks at the crowd, it's horrible.

"Princess Anne once said that, because of their phones, people now only actually believe they have seen something if they can photograph it so they lose the immediacy, their memory.”

Currently, it is unknown if the Queen will continue with her Walkabouts during the Jubilee, due to her reported mobility issues.