Proceed to Baggage Claim for Your Luggage (and Future Husband) When a teenage Zaid Hassan and his family moved from Lahore, Pakistan, to Austin, Texas, in 2002, the culture shock was immediate.

“We couldn’t tell north from south, east from west,” he said.

Case in point: In the days after they touched down, the family saw a sign at a local deli advertising delivery. They walked in and asked about it.

“We just saw the sign outside that says ‘we deliver,’” Mr. Hassan recalled his parents saying. “Does that mean you can deliver our boxes from the airport to our apartment?”

The family had moved to Austin after Mr. Hassan’s mother accepted a job teaching at the University of Texas at Austin. While Mr. Hassan blossomed in his new life — he arrived midway through high school, and by his senior year had been named prom king — he wouldn’t forget what it was like to step off a plane in an unfamiliar city.

So when, a little over a decade and a half later, Mr. Hassan received a message from a woman he had just met on Hinge asking whether he could pick her up from San Francisco International Airport, he was predisposed to say yes — even if the request wasn’t fully serious.

“I remember being like, ‘There is literally no way this dude is going to show up,’” recalled that weary traveler, Jennifer Pollan. She said she was half joking when she sent the pickup request on her way back to the Bay Area from Washington in 2018.

But show up Mr. Hassan did. 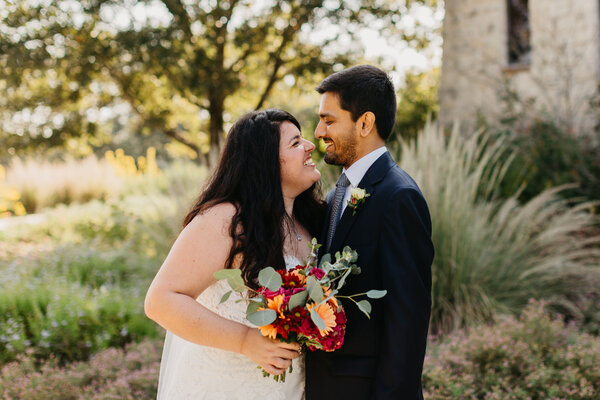 The conversation they had during the drive from San Francisco to Berkeley, Calif., where Ms. Pollan was living, suggested that the favor would be worth the while. For 45 minutes or so, the pair had an impassioned debate about the best way to create political change (Ms. Pollan is a believer in protests and other forms of direct action; Mr. Hassan prefers working inside the system) and an equally passionate discussion about the virtues of shopping at Costco (an indispensable institution, they agree).

Their connection deepened when they met for a follow-up date at a Berkeley dive bar. There, Mr. Hassan regaled Ms. Pollan with his résumé, which by that point included more than just having been prom king: He had worked on President Barack Obama’s re-election campaign in 2011 and 2012, then at the White House’s Office of Public Engagement. He once biked from Austin to Anchorage as part of the Texas 4000 charity bike ride. But Ms. Pollan was most impressed with a more humble detail: that Mr. Hassan talked to his mother on the phone several times a day.

“I think it’s amazing that you’re so close to your family,” Ms. Pollan remembered thinking.

“I also talk to my mom several times a day,” she added. “I never thought I would marry someone who probably talks to their mom more often than I do.”

Marriage would come into focus over the couple of years that followed, while Ms. Pollan navigated law school at the University of California, Berkeley, and Mr. Hassan worked at Waymo, Google’s self-driving car company, in Mountain View, Calif. Mr. Hassan proposed this past February. He still works for Waymo; she is to start as an associate at the New York law firm Cleary Gottlieb Steen and Hamilton in January. They have not yet determined what city they will settle in.

Ms. Pollan, 29, and Mr. Hassan, 34, were legally married Oct. 9 by Attia Omara, an imam. They solemnized their marriage on Oct. 10 at the Lady Bird Johnson Wildflower Center in Austin, in an interfaith celebration. That ceremony, which pulled from both Jewish and Muslim customs, was led by Ms. Pollan’s sister, Lisa Kessler, and Syed Akbar Hyder, a friend of the couple. It was followed the next day by a second ceremony built around Pakistani Muslim traditions.

Ms. Pollan’s parents, who live in Massachusetts, flew to Austin for the occasion. They had a car rented — but Mr. Hassan met them at the airport anyway.