A PREGNANT mum has revealed how she was wrongly was told by doctors that she 'wet herself' after her water's broke at just 21 weeks.

has revealed how her twin's lives were saved by the advice of other parents she met on Facebook.

Laura Donegan, 30, from Coventry, only found out about her waters breaking prematurely when taking to Facebook for advice after her GP believing she'd had no more than an accident. 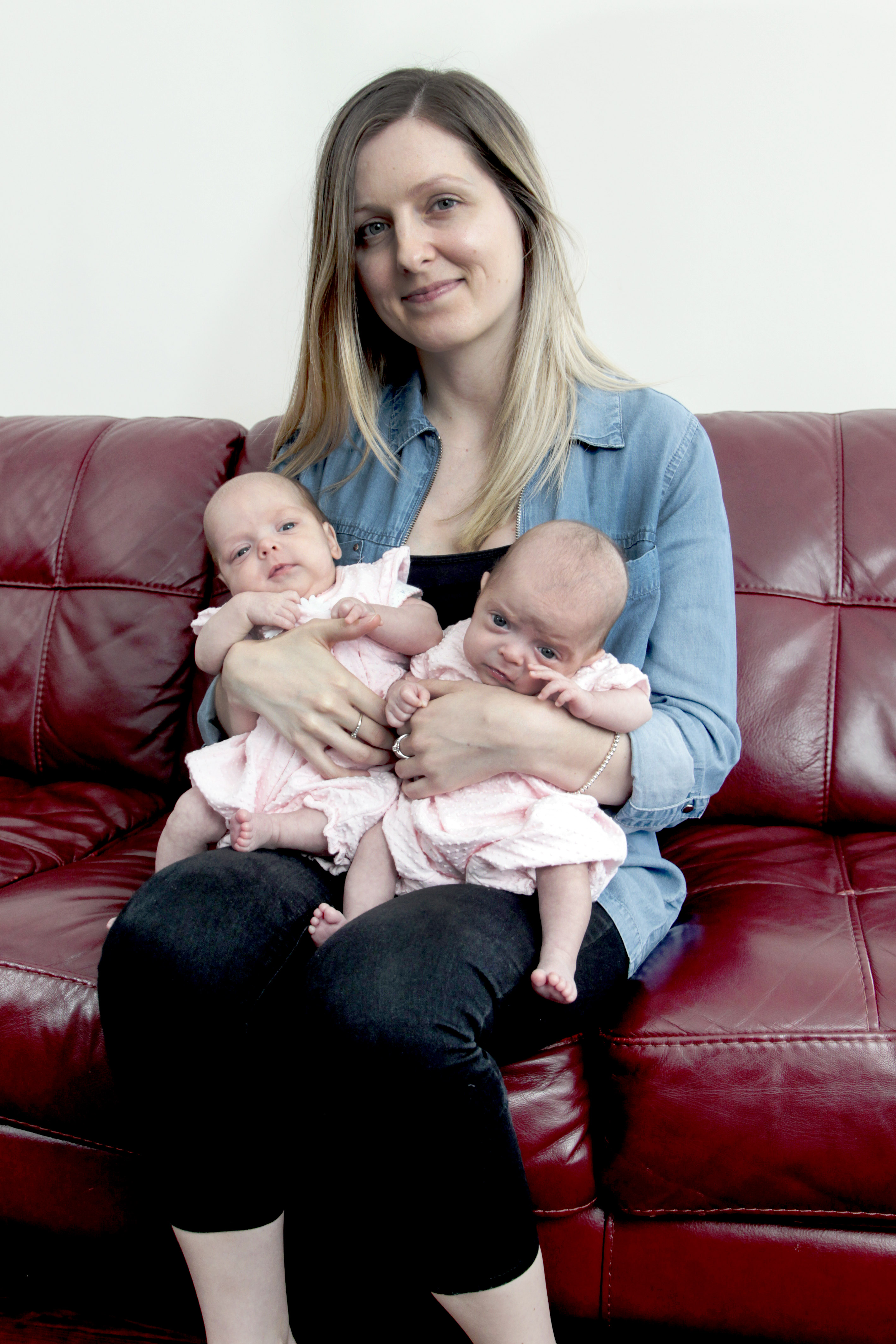 The mum-of-three posted her concerns to Facebook following the doctor's visit, and a flurry of mums rushed in to advise her to 'keep lying down' to stop herself from losing fluid.

Laura wrote to parenting group Little Heartbeats, describing her situation and parents urged her to go back to the hospital for a closer look, refusing to believe she'd wet herself.

After three weeks,  she was diagnosed with preterm premature rupture of the membranes – a condition that could have led to an infection and the death of her babies.

Signed off from work for six weeks, Laura went on to give birth to twin daughters Cara and Evie at just 30 weeks pregnant in May. 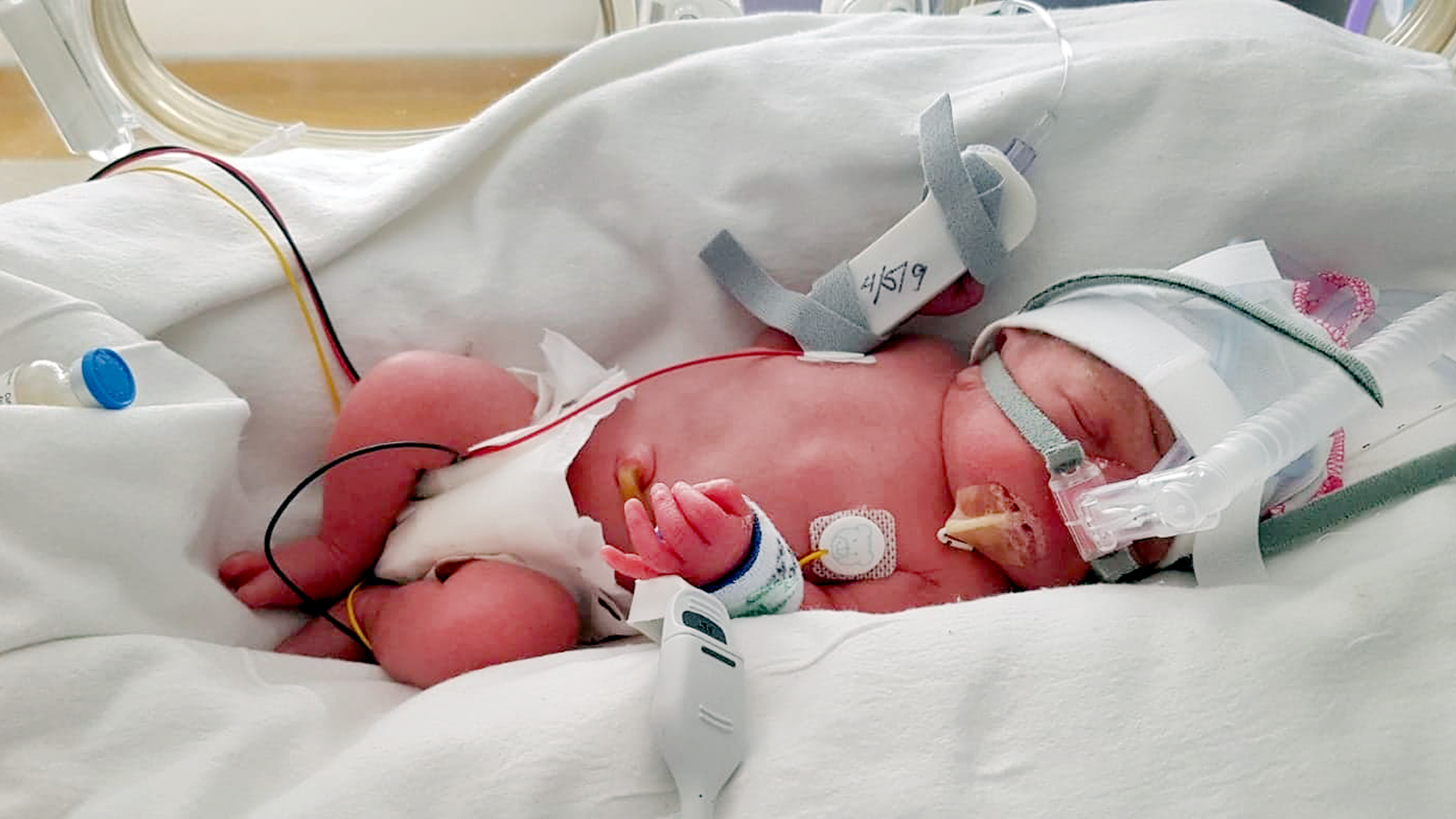 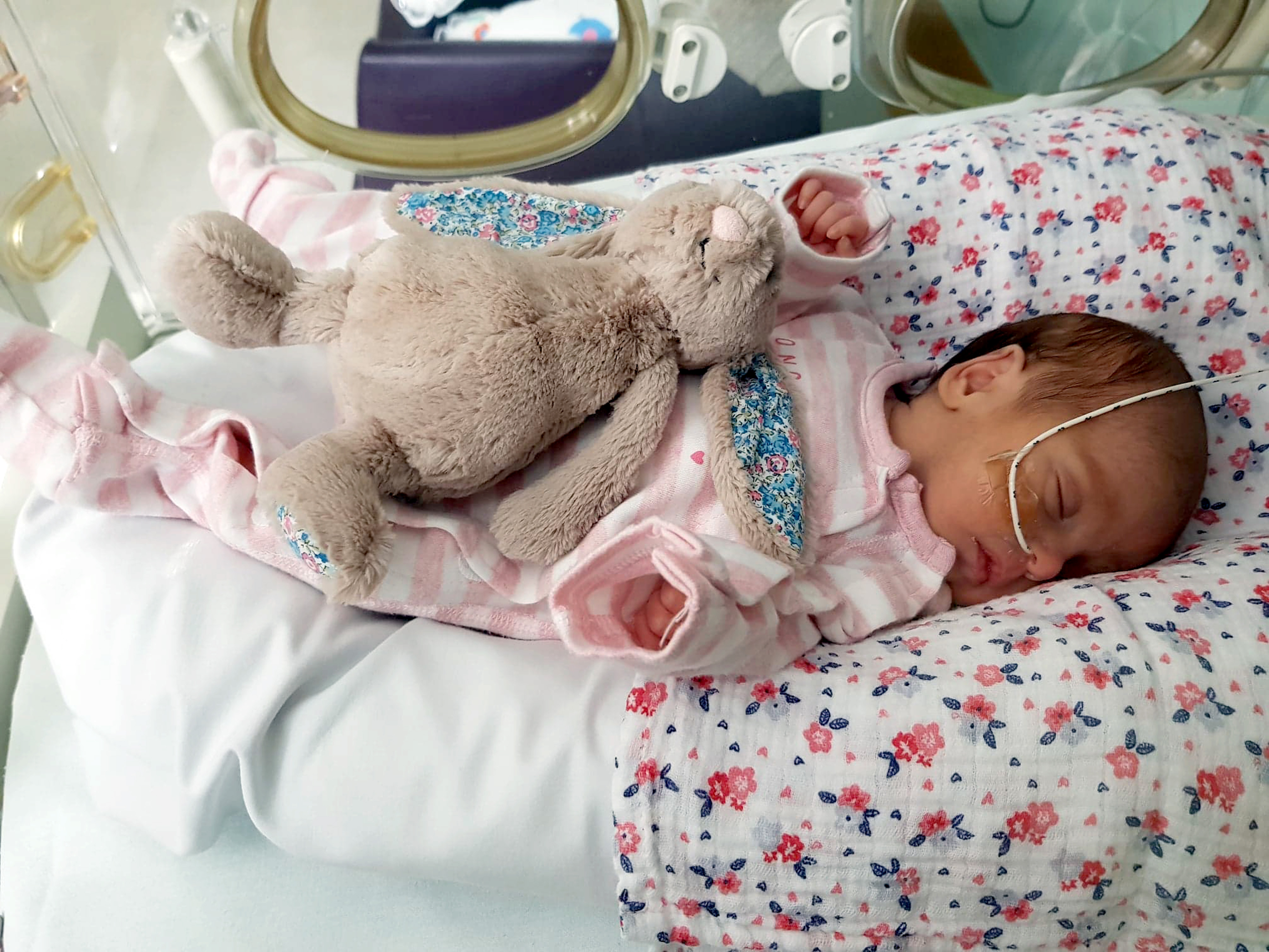 Laura, an accountant, said: "If I hadn't have posted into the group about my concerns, I'd have never have known about 'preterm premature rupture of the membranes' and could have easily lost the girls.

"My first pregnancy went really smoothly, so I had no idea what to do when things started to go wrong.

"Whilst the doctor told me I'd simply wet myself and said to 'continue as normal', the ladies in the group said I should insist on antibiotics and lie down as much as possible so I didn't lose too much fluid.

"I had to take three weeks off work before I eventually got a doctors note confirming my waters had broken, allowing me a further six weeks off before the girls were born." 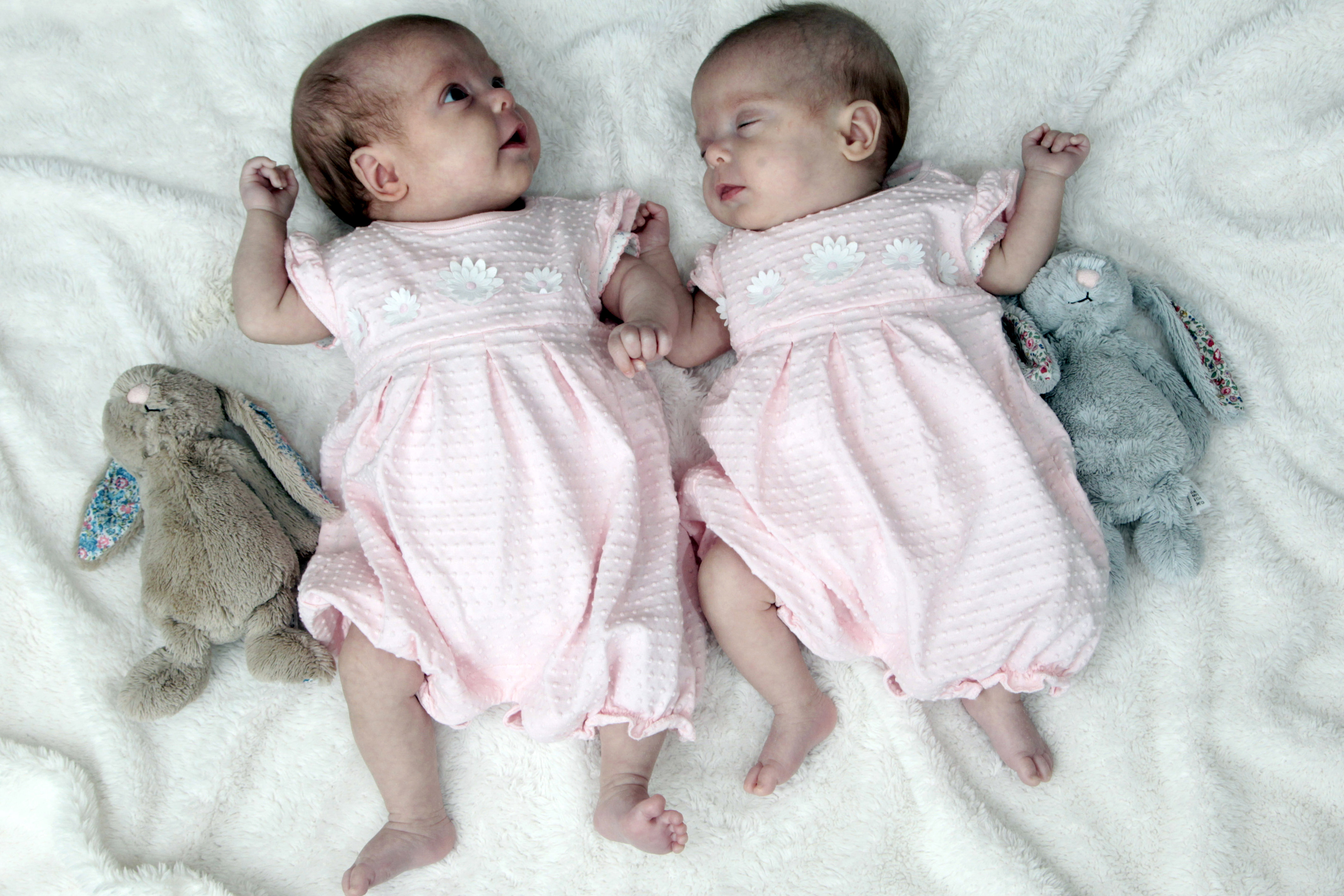 Preterm premature rupture of the membranes is when the amniotic sac ruptures before the 37th week of pregnancy – causing an increased risk of infection or premature birth.

If it wasn't for the advice from Facebook users, Laura believes her labour would have come earlier than the 30 week mark.

She explained: "Through following the advice the ladies gave me on the Facebook group, I was able to hold off my labour until 30 + 1 weeks – which was still ten weeks early.

"If the twins would have been born at 21 weeks when my waters broke, they definitely wouldn't have made it as doctors don't intervene before 24 weeks as they wouldn't have been seen as viable." 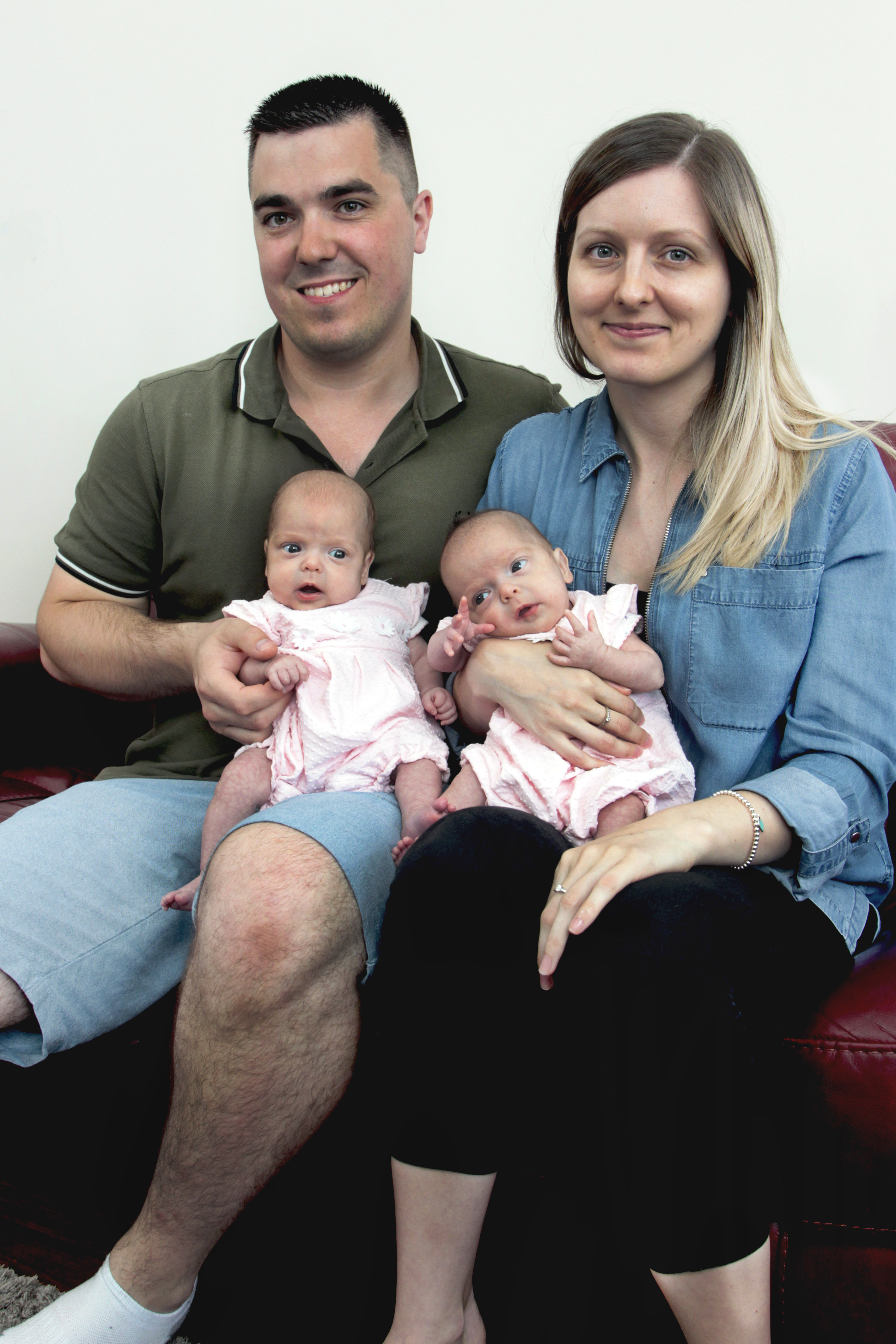 The twins – who weighed just 2lb 70z and 3lb 1oz – spent ten weeks in hospital following the birth; three in the high dependency unit, four in special care and a further three in transitional care.

Laura and her partner Rich, 30, finally got to take the babies home to see three-year-old brother Max in July.

Since then, the girls have gone from strength to strength, are 'feeding well' and now weigh more than double what they did at birth.

"They're just beautiful, happy girls," concluded Laura. "Rich and I are so, so grateful for all the hard work of the neonatal nurses and doctors.

"We wouldn't have been able to bring the girls home without them."

In other news, we took a look inside mum-of-21 Sue Radford's summer holiday – with THREE hours of tidying up every night.

And a mum revealed the hilarious moment she realised the 'scary' mark in her tot's mouth was just a piece of CARDBOARD.