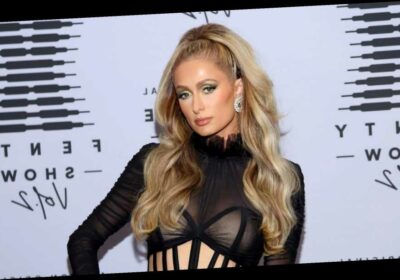 Paris Hilton is known for her long, smooth platinum blonde hair just as much as she is for her catchphrases.

In last year's YouTube documentary This Is Paris, the socialite and DJ opened up about her life beyond the "Paris Hilton" character made famous on The Simple Life in the early aughts. And what's next includes a new hairstyle.

On Mar.15, Lanvin revealed Hilton as the star of its spring 2021 campaign. In the '80s-inspired photos, Hilton has a fresh bob with bangs. Her chin-length cut channels a young Michelle Pfeiffer in 1983's Scarface, with its sleek, straight finish and curled-under ends.

Hilton hasn't confirmed whether the cut is the real deal or the magic of a wig. Either way, the look is just another example of why the bob continues to be so popular. With a few small tweaks — like adding piecey bangs or curling the ends under — the cut has an entirely different vibe.

VIDEO: Paris Hilton's Giant Engagement Ring Was Named After Her

If this take on the bob makes you want to cut your hair off this spring, we don't blame you.