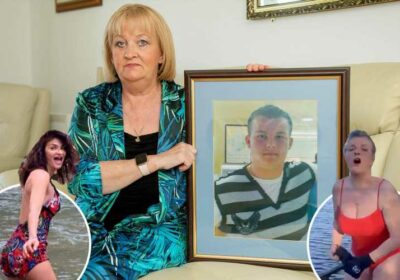 THE lockdown-fuelled craze for wild swimming has led to a rocketing number of deaths from drowning, the Sun Online can reveal.

Deaths have risen by 14 percent in the space of a year with many dying from “cold-water shock” caused when inexperienced swimmers plunge into remote freezing waters that they can't escape from.

Five people EVERY WEEK now lose their lives in lakes, reservoirs and rivers across the UK – and there were four fatalities over the three day Bank Holiday weekend alone.

And experts predict this coming summer will be the most deadly ever because the sport has become one of the biggest wellness trends with hundreds of Brits taking to social media posting videos of their achievements every day.

Leeanne Bartley, whose 18-year-old son Mark Allen drowned in a reservoir, begged: “Please don’t do it. Don’t jump in. It could literally take your breath away.”

Mark, who dreamed of becoming a professional actor, swam in Debdale Reservoir in Manchester in a bid to cool off in June 2018. 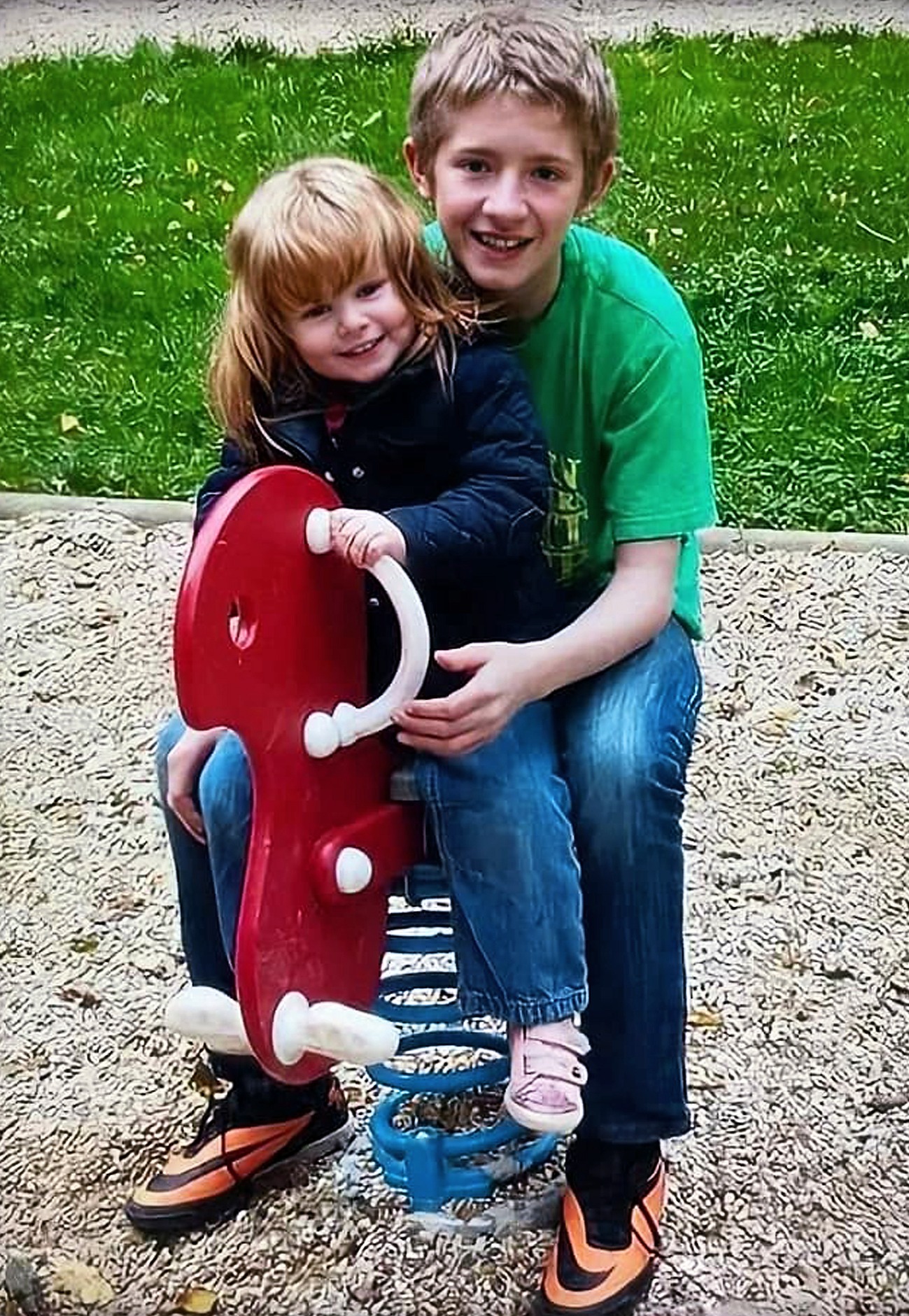 Despite the sunshine the water was incredibly cold and Mark immediately got into difficulties. His friends were unable to pull him out before he disappeared under the water.

Leeanne has launched a petition urging the Government to introduce safety equipment around swimming areas around the UK. She said: “There is not enough awareness of the dangers of open water swimming. It can be a killer."

According to Sport England, more than 4.1 million people now take part – making it one of the country’s fastest growing activities.

David Cameron, Helena Christensen and Susannah Constantine are fans and some celebrities are now even building their own cold water swimming areas.

David and Victoria Beckham started digging a 3,000 square metre lake at their £6 million Cotswolds home last September after winning a planning war with their neighbours.

Ed Sheeran's installation of a 'nature pond' at his £3.7 million estate in Framlingham, Suffolk, is set to include a pond for swimming and a jetty to dive off. And Great British Bake Off judge Prue Leith is thought to have installed a pond within her Oxfordshire estate.

Dawn Whittaker, Chair of the National Water Safety Forum, told the Sun Online that participants need to be aware of the dangers and know that there are no dedicated rescuers when swimming in wild waters. 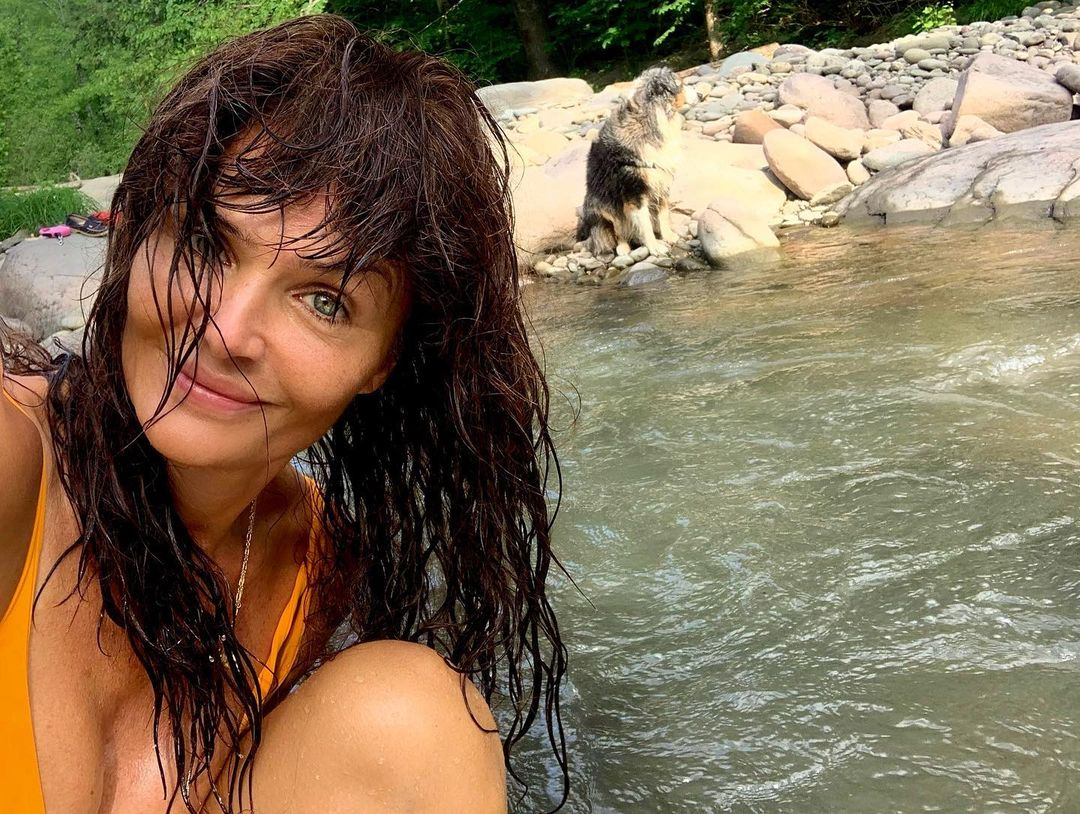 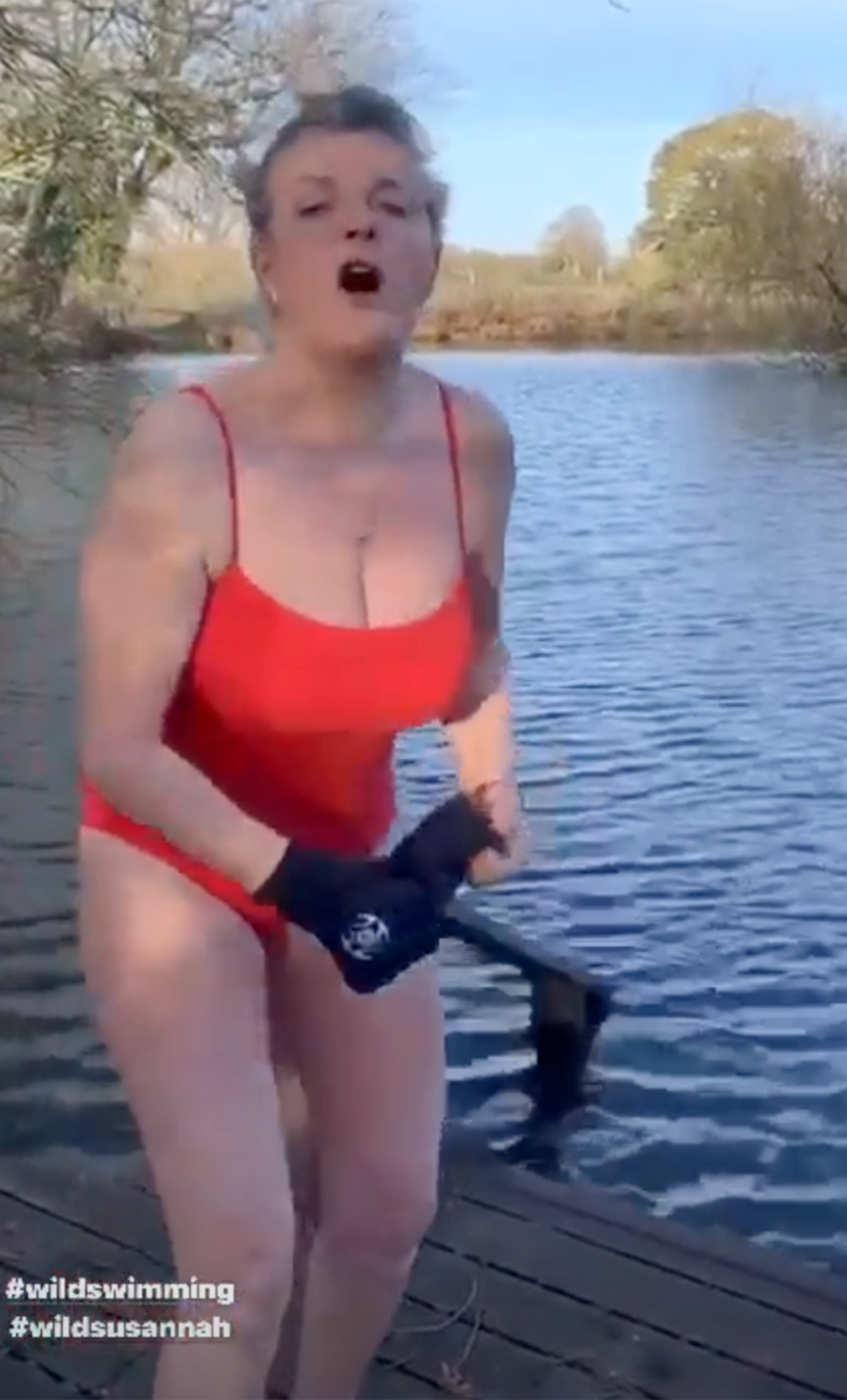 She said: “There’s a craze for Instagram likes but swimming in a pool is not the same as getting into open water and people are doing it without understanding.

"We want people to wear the right kit and to have a whistle and a floatation device so they've got half a chance of staying afloat to be recused.

“The key thing is weather as we’ve seen over this Bank Holiday weekend as people flock to be beside water. Hot weather scares me.

"Lifeguards are mainly in pools and leisure centres. The RNLI stations are not inland – they are located at sea and around the coast line which is why it’s very dangerous."

Health experts say swimming in cold water triggers endorphins, can boost the immune system and helps with conditions like psoriasis and rheumatoid arthritis.

One recent poll saw 90 percent of swimmers say it benefitted their mental health.

But it increasingly leads to tragedy among those not experienced in the activity.

Deaths occur because those taking part plunge into water which is often between 4°C and 10°C and their body heat drains 25 times faster than normal.

This can cause hyperventilation and lead to increased blood pressure.

Victims can be left unable to move their arms and legs and are rendered frozen stiff in the water. Vital organs can quickly start to shut down. Heart attacks can occur. 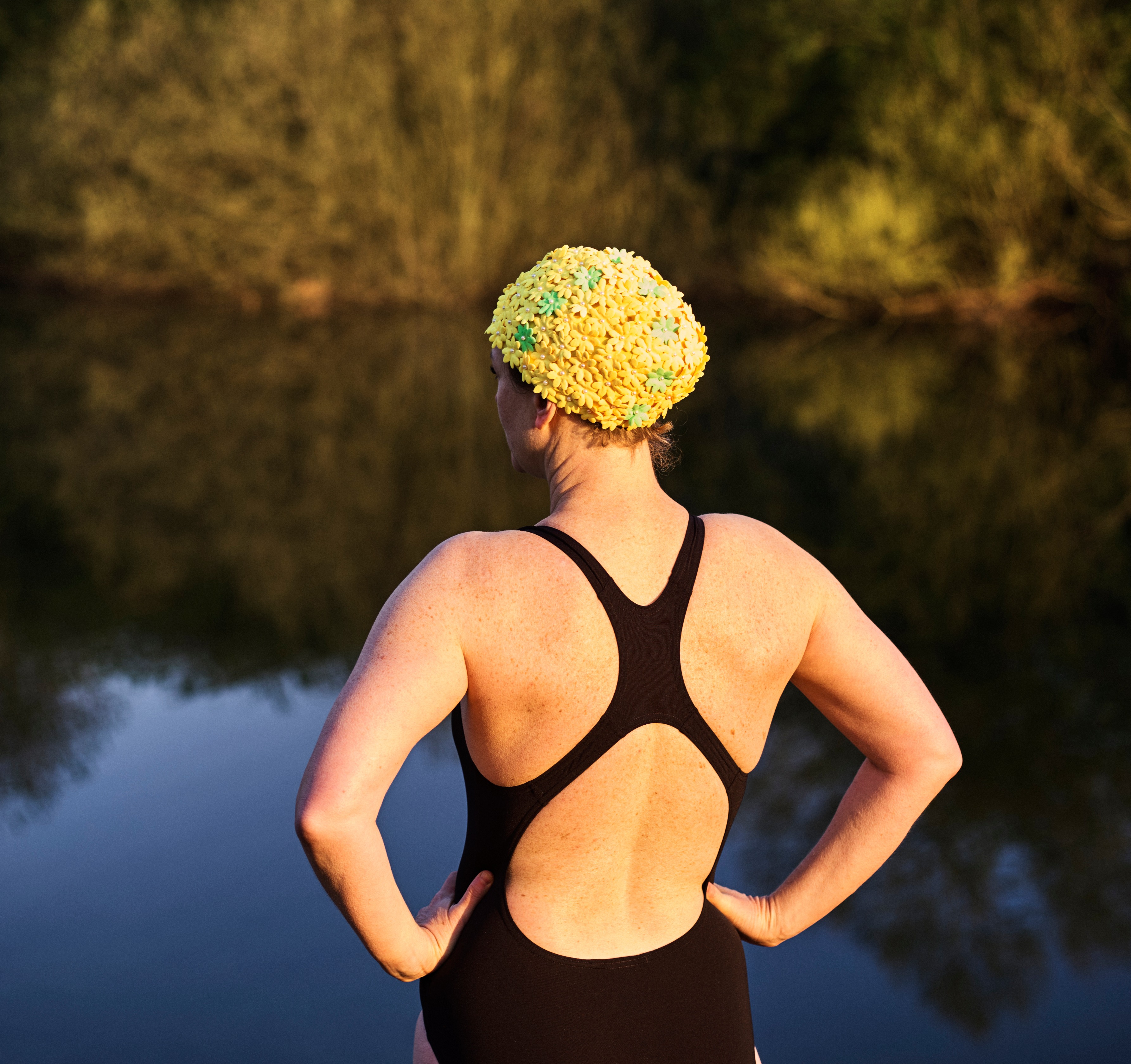 Those who can’t get to safety – or be reached by rescuers – will drown within minutes. Disturbingly, cases like this are now happening more and more.

Stats released last month by The National Water Safety Forum show there were 223 deaths by drowning in 2019 but that figure rose to 254 in 2020 – a rise of 14 percent.

Drownings in rivers, where the majority of wild swimmers dive into, have increased from 62 in 2019 to 73 last year.

And experts fear the figures for 2021 will soar even higher as Brits holiday at home. UK waterways are likely to be crammed from next month through to the end of August.

Sam Haycock, 16, died over the May bank holiday after jumping into Ulley Reservoir in Rotherham, South Yorkshire, to try and help a friend.

The same week an elderly woman died at Boulters Lock in Maidenhead, Berkshire.

Just days earlier fire crews had placed posters in that area warning the public about the dangers of going into the water.

A 13-year-old boy also died over the Bank Holiday weekend near Cookham, on the River Thames.

And another boy of the same age was found dead after swimming in the River Calder, Brighouse, West Yorkshire.

Fallon Pullen, 17, and her family set up the Jack Pullen Foundation to help educate people about the dangers.

Her brother Jack drowned, aged just 16, in the River Etherow, Manchester after going swimming with his friends in 2016.

Fallon said: “My mum collapsed to the floor when Jack died. Even now she can’t talk about Jack. Still people go to the spot where he died. 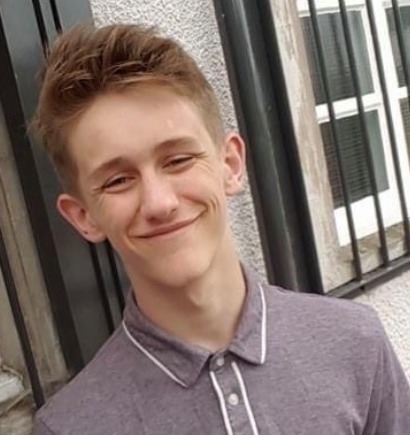 "I just don’t understand why they would risk their lives. It can be so dangerous.

“I know it’s so easy to think it wouldn’t happen to you but look what happened to Jack.”

Drowning Prevention Week started on Saturday and in a bid to stem the flow of tragedies the National Water Safety Forum they launched a major new campaign called #RespectTheWater to reduce the number of water-related deaths and accidents.

Together, with 50 other organisations, they are issuing safety advice.

One of the organisations is River and Sea Sense. It was set up by Debbie Ann Turnbull who lost her only son Christopher, at 15, during a tragic accident at a Welsh beauty spot Cyfyng Falls near their home in Anglesey, Wales.

Debbie, 62, said: “Christopher had been swimming since he was three. He was a strong swimmer and a strong teenager who played rugby.

"But a whirlpool dragged him down 30ft into a cave where he got his foot stuck on the root of a tree." 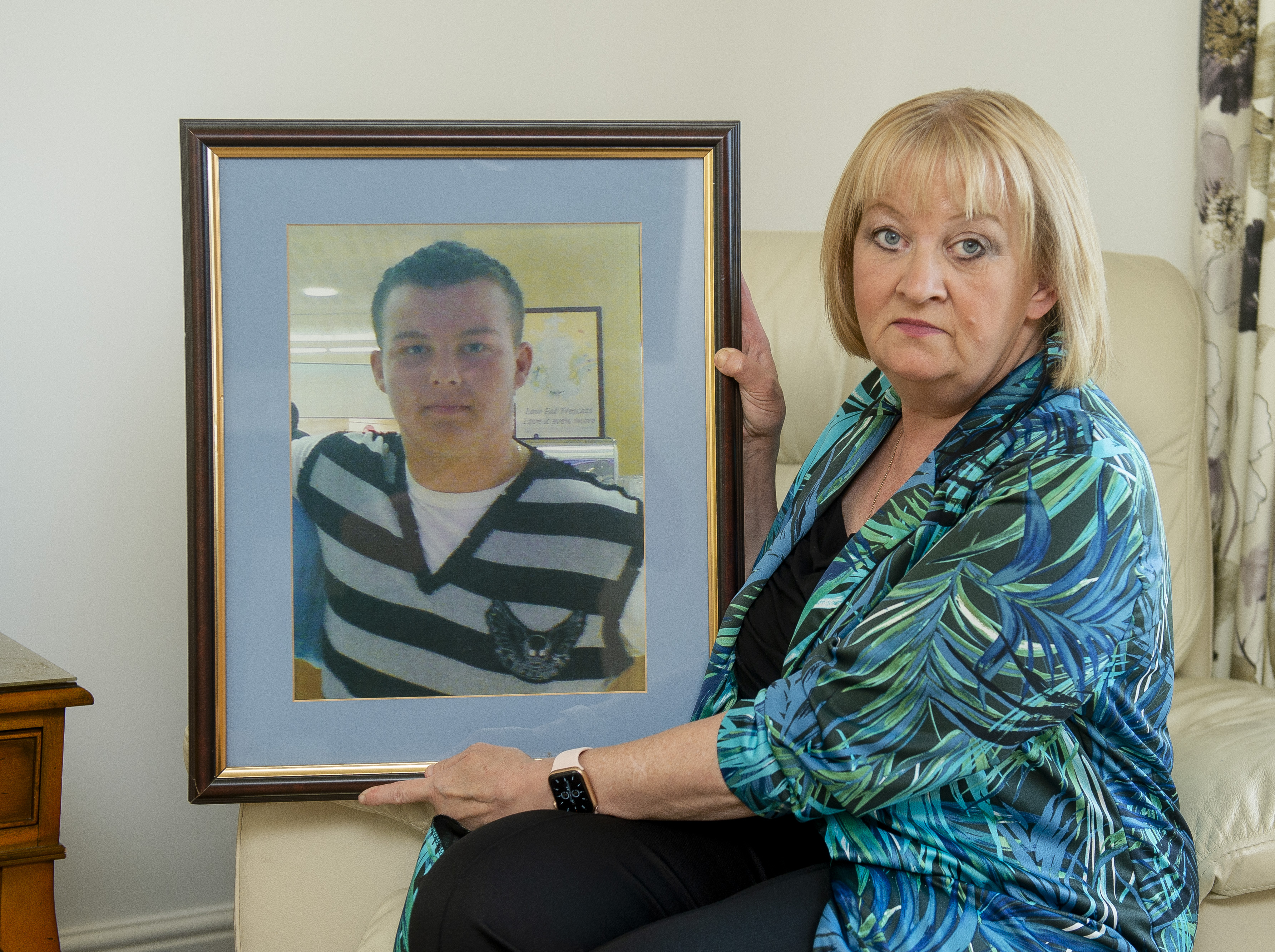 She has worked tirelessly to raise awareness and educate youngsters by going into schools up and down the country.

She said: "The main reason people drown is cold water shock. It's so cold that the actual shock makes you inhale water.

"The water is often 3 or 4 degrees – as cold as a fridge – I explain to the children just how dangerous it can be.

“I’m really scared about how many deaths there will be this year that’s why I’ve launched a new campaign to touch a million hearts.

"My aim is to speak to one million children and young people to mark the 15th anniversary of Christopher’s death this August.

"He was 15 when he died and would have been gone as long as he was here and for me that feels really significant.”

Daniel Start, the editor of wildswimming.co.uk, says people should be aware of slippery rocks which lead to people falling in hitting their heads and weeds in rivers and lakes which get tangled around legs and cause drowning.

He said: "Even shallow sections of fast-flowing water can knock you off your feet.

"Wear a wetsuit if you want to stay in for more than a quick dip. Cold water reduces the ability to swim well by changing the body position in the water and contracting muscles.

"Generally assume you can swim only one tenth of the distance in cold water as you can in a warm pool.”

Readers can check out Debbie’s campaign to touch a million hearts by going to www.riverandseasense.com