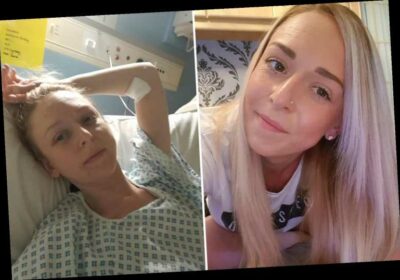 A WOMAN who was diagnosed with cervical cancer at 29 years old has urged women not to delay their smear tests.

Leanne Shields thought her symptom of a stomach ache was simply due to trapped wind. 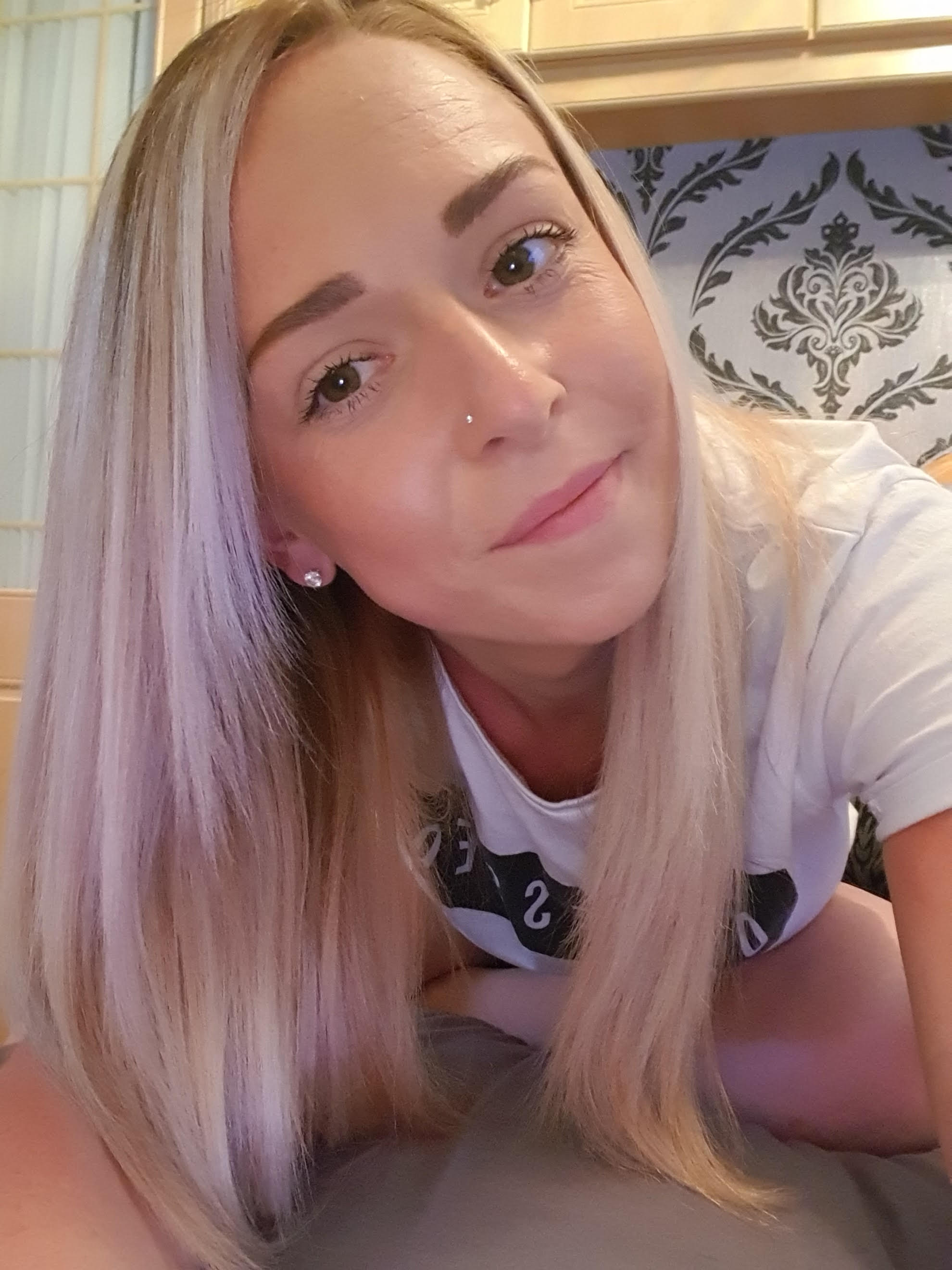 She grew concerned when she began bleeding between her periods, but doctors said it was likely a side effect of swapping contraceptive pill.

But after the bleeding had gone on for seven months, doctors rushed to do a smear test in October of 2020.

Leanne, from Burgh Castle, Norfolk, was handed the devastating news that she had cervical cancer and a 7cm tumour of the cervix – the neck of the womb.

She believes that had she gone to the two smear tests she was invited to, it may have been discovered sooner.

After months of treatment, including chemotherapy, Leanne went into an early menopause, meaning she will never be able to have her own children.

She is currently waiting to hear if her tumour has shrunk after chemo, which was so gruelling it left Leanne with suicidal thoughts.

“It’s so important for women to get a smear test,” Leanne said.

“I always thought I didn’t need it, that won’t affect me, and then when you find out you so wish you had gone.

“I wouldn’t wish what has happened to me over the past few months on my worst enemy.” 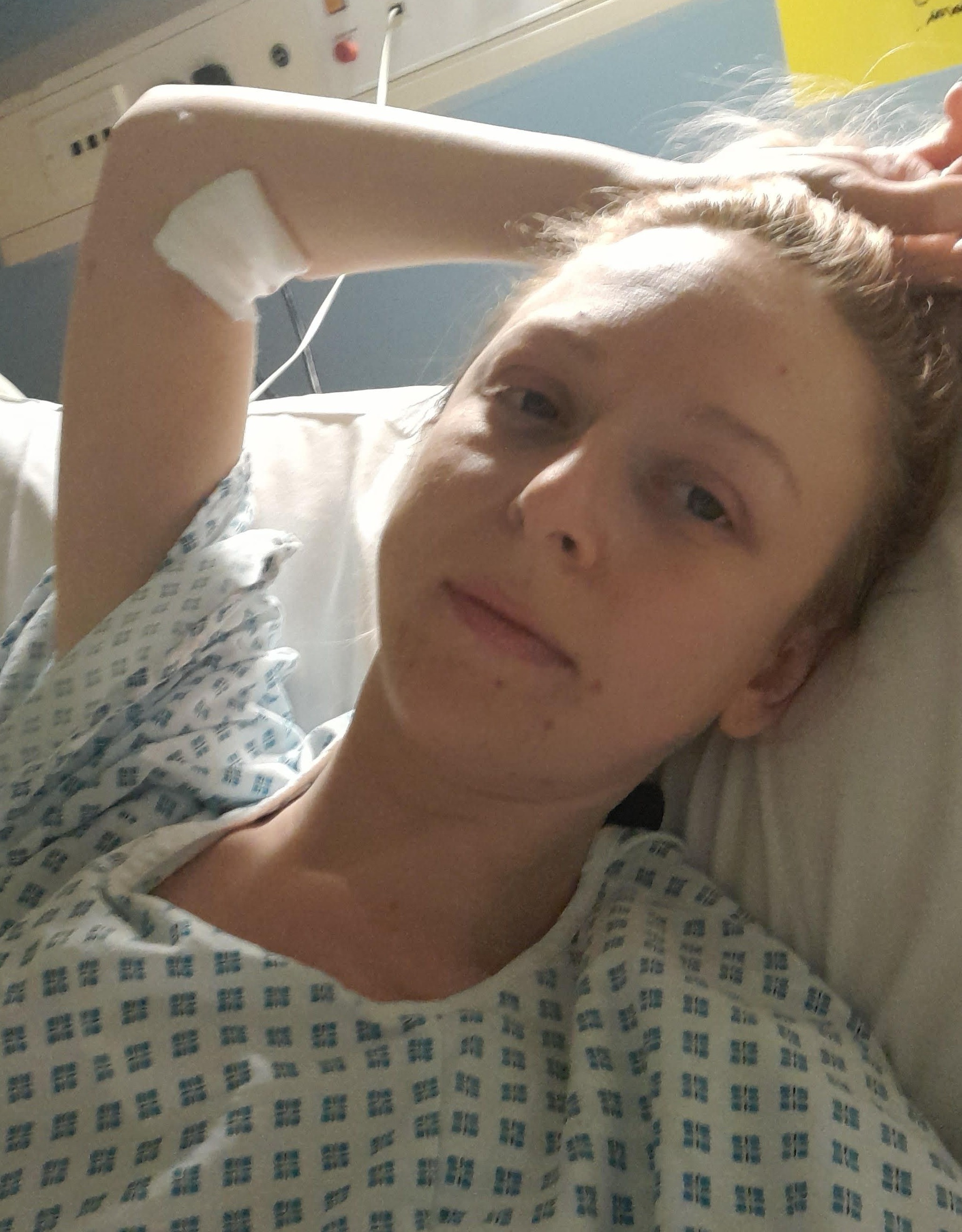 Speaking to women, Leanne said: “Think about what you want your life to be. If you want to be a mum get your smear test or you could end up like me and not be able to have your own children.

“I’m 29 and I’m now going through the menopause. That means I can’t ever have my own child.

“It has been hard and this is why it needs to get out there.

“I did want my own children but now I can’t. My ovaries have had it.”

Leanne was invited for her first smear at the age of 25 – the minimum age women are invited by the NHS.

From then on, women should get a test every three years to check for changes in the cervix which could lead to cancer.

Under 25s are not routinely screened as cancer in that age bracket is so rare and could lead to them having unnecessary treatments.

Leanne said she felt so awkward about having the painless test that she put off going at 25 and also missed her next check-up at 28.

She said: “I didn’t have it done because I was embarrassed of someone else looking at my bits.

Leanne began to suffer from strange tummy symptoms, feeling like she had trapped wind. 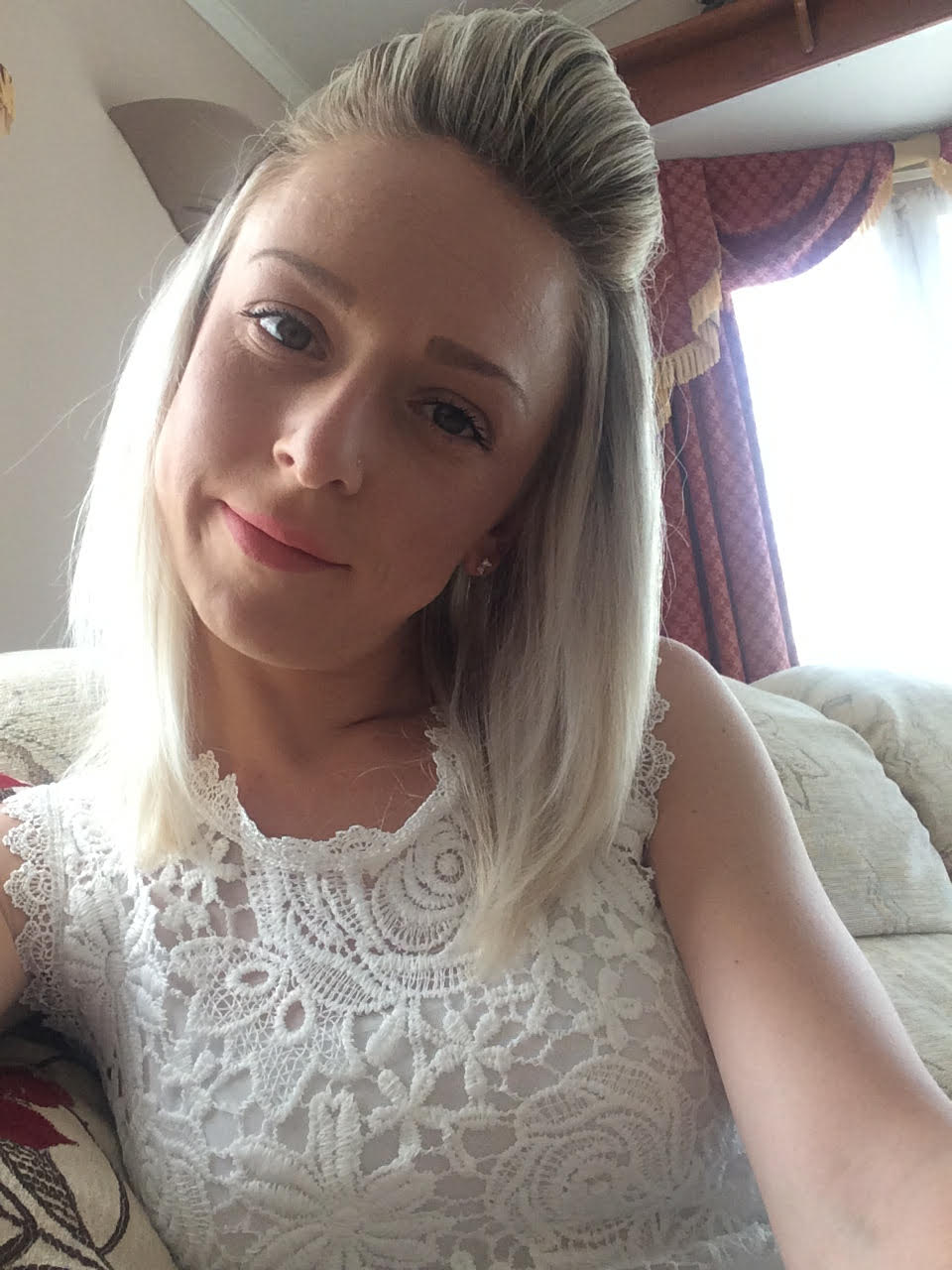 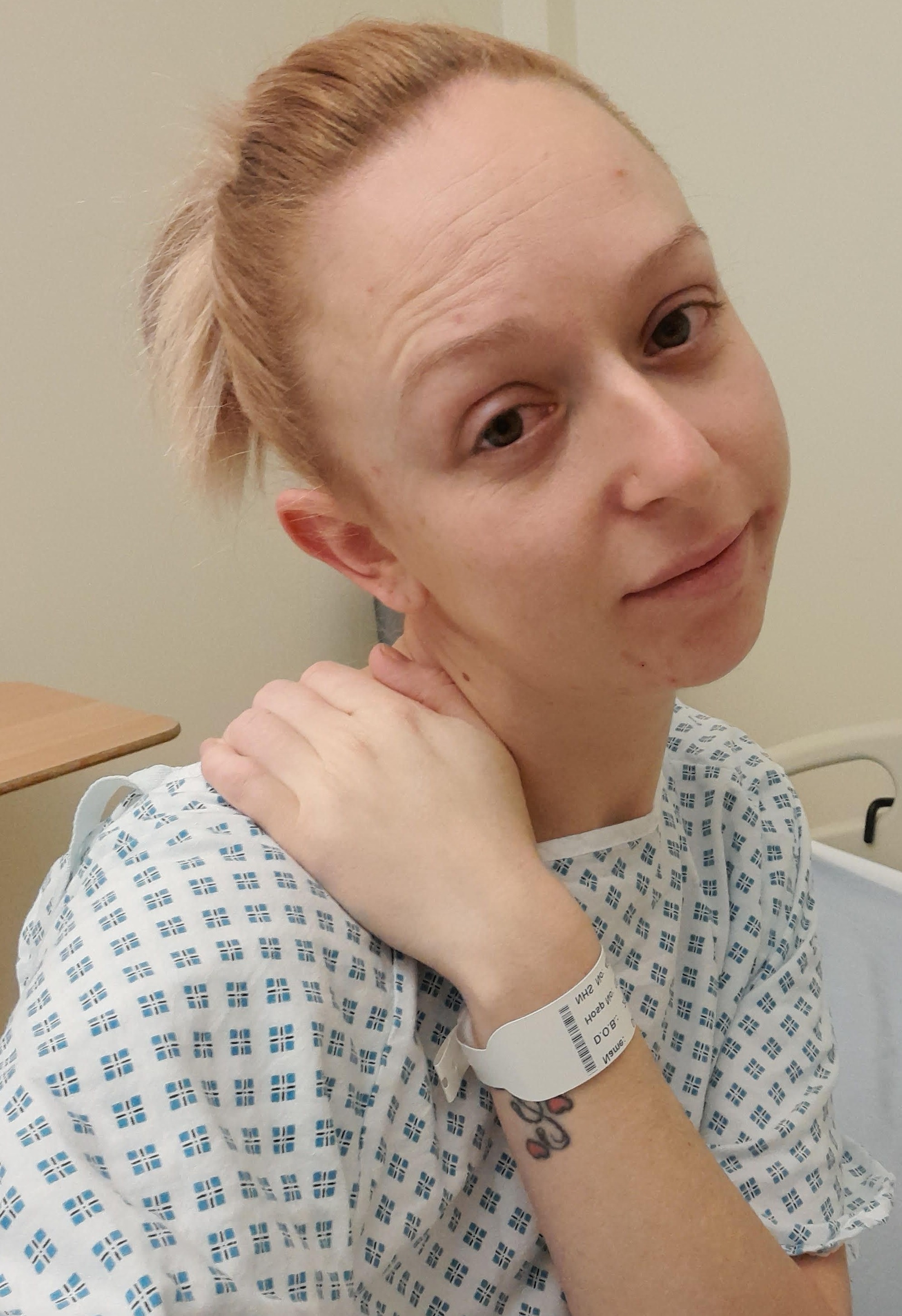 In March last year, as the pandemic began to gather pace, she said she began to feel unwell.

She explained: “I had no symptoms whatsoever, the only thing I had was a funny stomach.

“I’d get a bellyache now and again, it was like trapped wind and you wouldn’t put that down to cervical cancer.

“I was still going to work and I felt normal in myself. Then in March I felt under the weather, not well. I thought it was my contraceptive pill so they changed it.”

However not long after, Leanne began bleeding between periods.

The bleeding became constant and continued until October, but her GP reassured her that it was probably the new pill she was taking that was playing with her hormone levels.

However one day in October, she was at her job at the Wild Duck Holiday Park near Great Yarmouth when the blood loss intensified.

THE FIVE EARLY SIGNS OF CERVICAL CANCER YOU NEED TO KNOW

1. Abnormal bleeding (during or after sex, between periods and also post-menopause)

The most common and earliest sign of cervical cancer tends to be irregular bleeding.

It happens when the cancer cells grow on the tissue below the cervix.

It's an especially alarming sign in postmenopausal women who no longer have periods. There's no age limit to developing cervical cancer.

Everyone's discharge is different, so it's a case of knowing what is normal for you.

If you find that the colour, smell and consistency has changed, then that's something you really need to have checked out.

When cancer lacks oxygen, it can cause an infection which leads to strange smelling discharge.

3. Discomfort or pain during sex

Pain during sex can be a sign of a number of different issues, but one is cervical cancer.

Because the disease often comes with no symptoms, pain during intercourse is one of the key indicators. It can be a sign that the cancer is spreading to surrounding tissues.

It could be down to you straining something in the gym, or it could be a warning sign that something's wrong with your reproductive organs.

Persistent pain – just one off twinges – in the lower back, pelvis or appendix can be a symptom of cervical cancer.

A loss of appetite and unexplained weight loss tend to be signs that the body isn't working properly – it's trying to conserve energy. If you notice that you're not eating as you normally do, go to your GP.

As the disease progresses, it can also result in:

“From March up until October I was bleeding every day,” Leanne said.

“I was seriously anaemic. I went to the doctors and they’d said they’d do a smear but they looked and couldn’t do it as there was something there stopping them getting the speculum in.

“I had a tumour that was 7cms. I then got a phone call on my 29th birthday – the 21st of October – and I went to the hospital and was called into a side room.

“I thought I was just going in to get some results and she sat me down and looked at me and said ‘I’m really sorry but you have Stage 2 cervical cancer.”

Within two days Leanne was sent to the Norfolk and Norwich Hospital and was given a treatment plan.

When cervical cancer is found early, surgeons can remove the cervix and sometimes the womb, ovarias, vagina and more. The disease can be cured.

Leanne wasn't able to have surgery because it was feared the cancer had spread too far. Therefore doctors gave her chemotherapy to help shrink it.

She had five weeks of chemotherapy, a month of radiotherapy every day and a two-week break before brachytherapy, which uses radiotherapy internally.

“I couldn’t go out because I felt like I was going to faint every time. I couldn’t be anywhere without a toilet because I was being sick. I was just in bed all the time.

“I wouldn’t want to see another woman go through that. It was degrading, gruelling, just horrendous and awful." 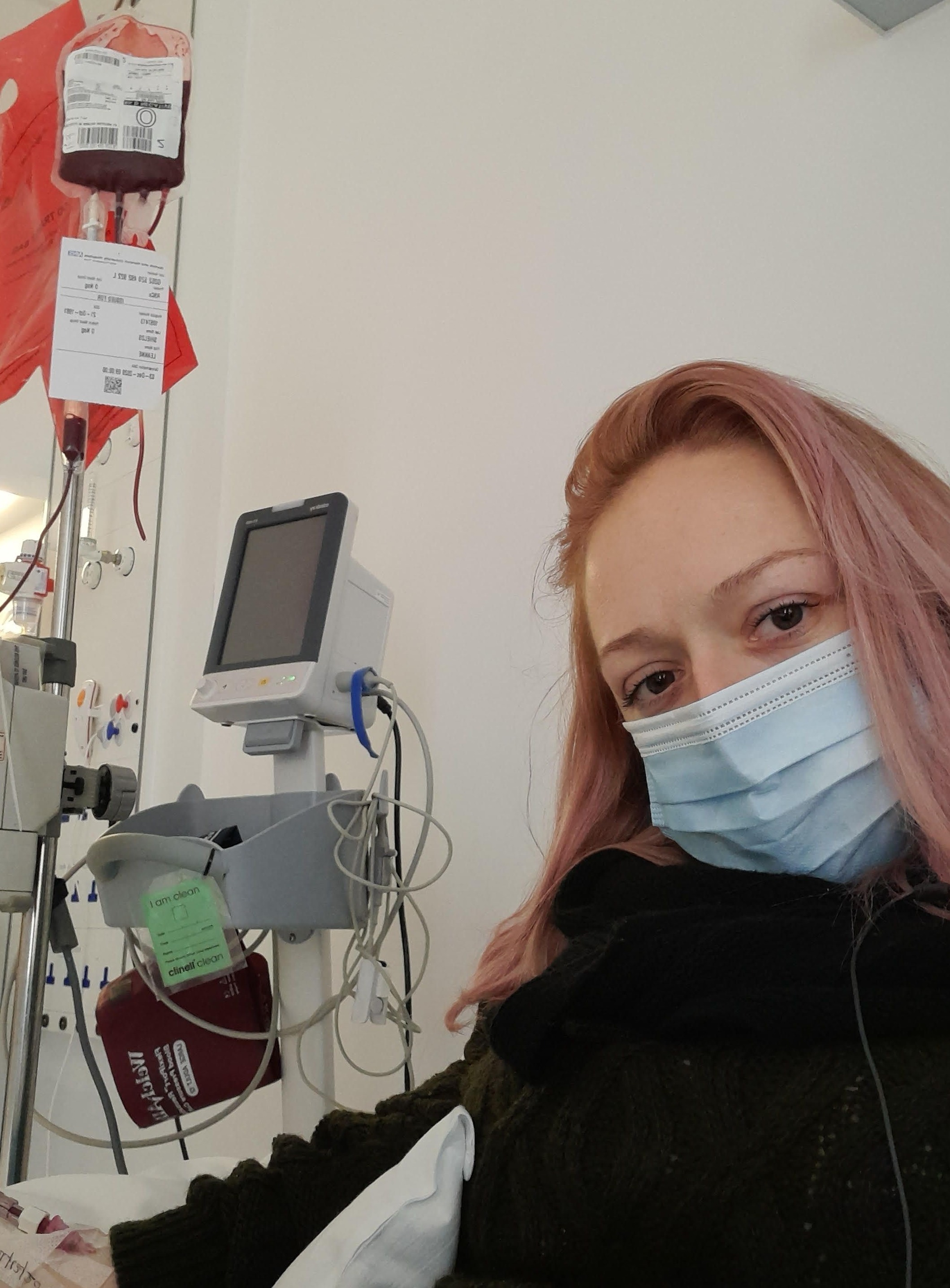 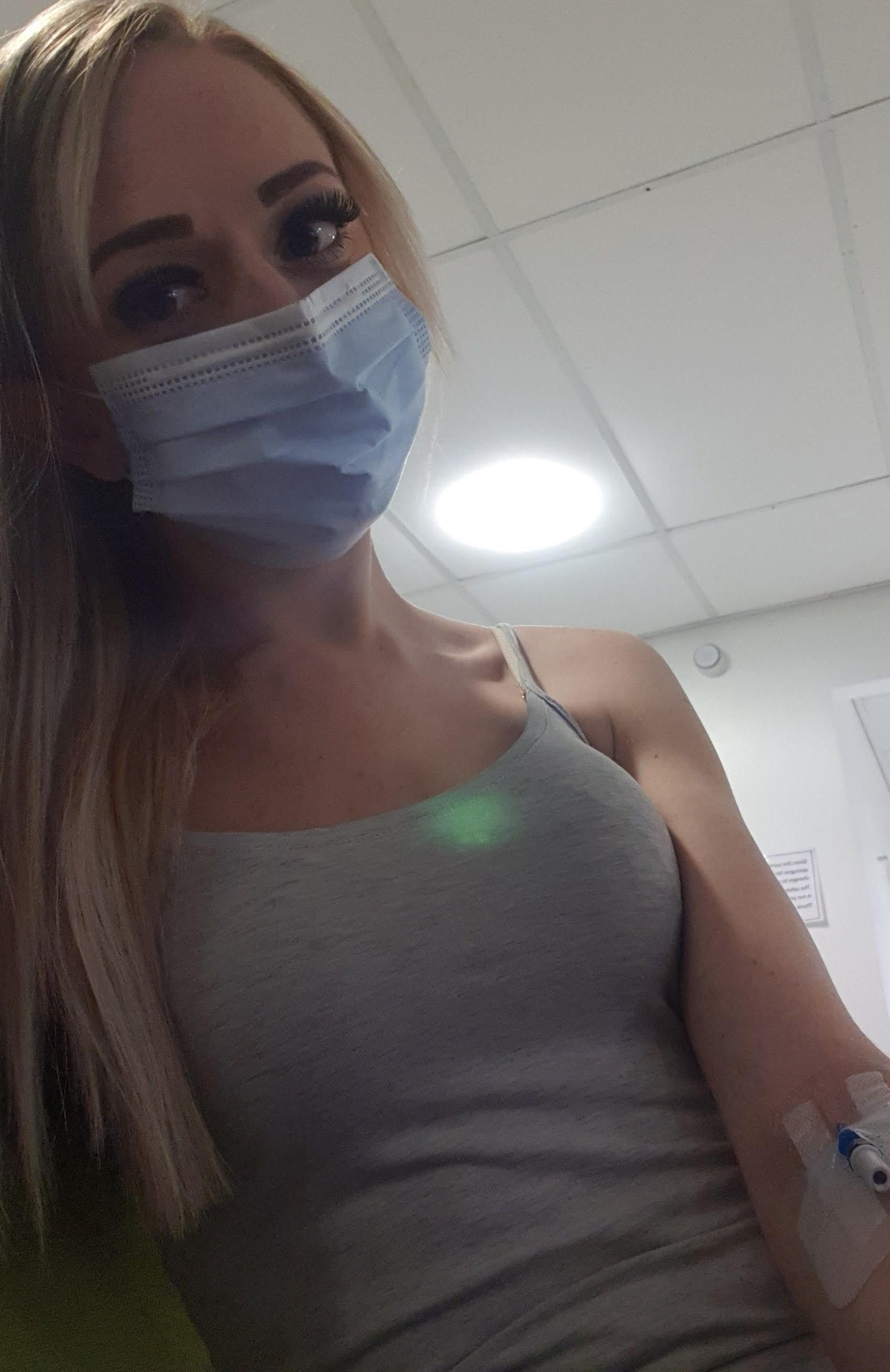 Leanne added: "With the pandemic I couldn’t take anyone to hospital with me. I had no-one to comfort me, I did the whole thing on my own.

“There were days I wanted to end my life. I thought I wanted to die, I couldn’t cope with how horrible the treatment was.

“I am lucky that I’m still alive and what the hospital has done for me, I cannot thank them enough, but it is devastating at my age.”

Leanne is in recovery. She has a CT and MRI scan in April with the results due in May, which will reveal if her treatment has worked.

She said if she had had her smear tests, it is very unlikely she would be in this position.

“I’m a strong believer I have had this for a good couple of years and I put two smear tests off because I was scared.

Leanne said she owes her life to Dr Debashis Biswas at the Norfolk and Norwich Hospital and a debt of gratitude to her employers and family member Karl Bensley who ferried her to and from appointments.

“It helps us to detect who is at higher risk and offer treatment. It’s not always an easy test for many reasons ranging from previous bad experiences, to embarrassment, to difficulty getting an appointment, to cultural barriers.

“However, it’s a test which could save your life. We want everyone who is eligible to know that if they have any questions or worries about going to cervical screening, they’re not alone, and there is information and support available.