Home » Fashion » My entire wardrobe is second hand from charity shops – my favourite boots cost 20p, here's how to get the best bargains

My entire wardrobe is second hand from charity shops – my favourite boots cost 20p, here's how to get the best bargains 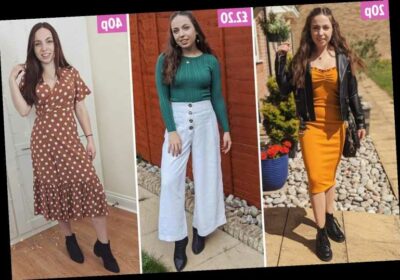 A WOMAN has revealed how her entire wardrobe is second hand from charity shops and car boot sales, and her favourite black boots cost just 20p. 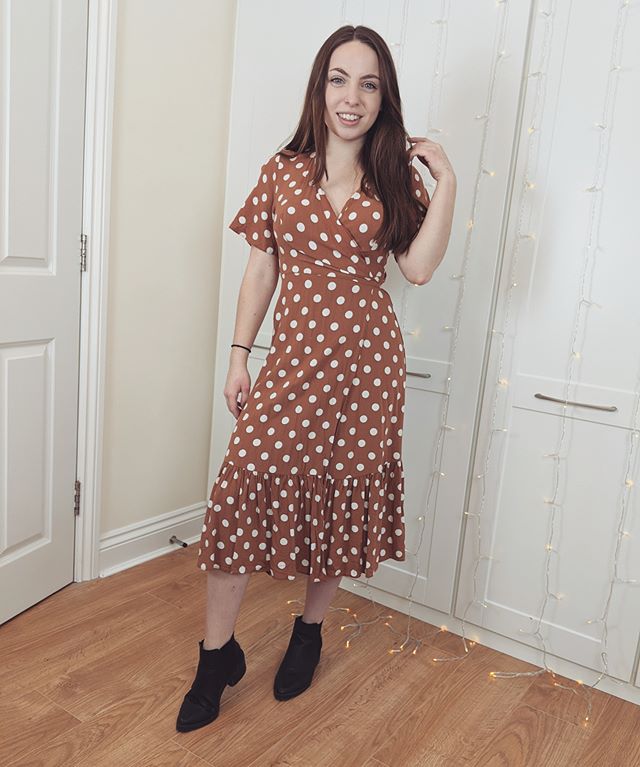 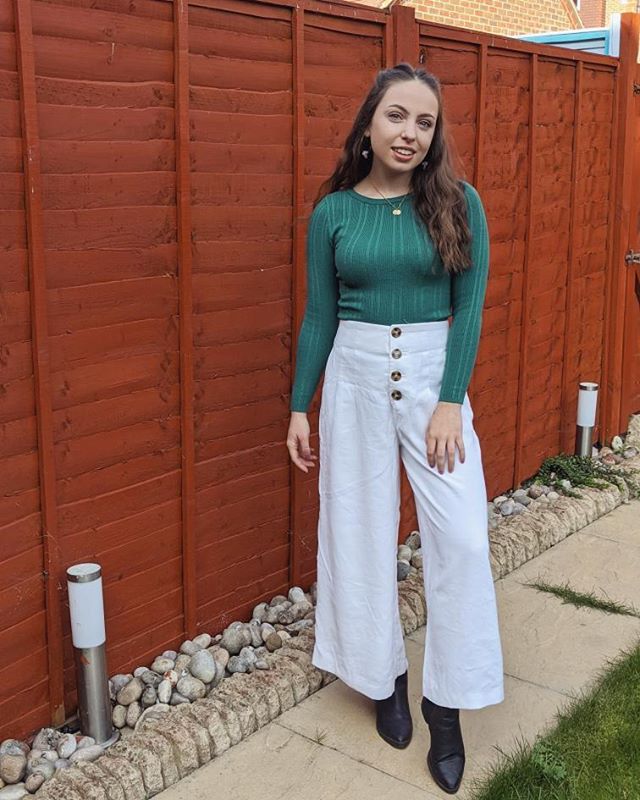 Instead she paws through second-hand rails and Lauren, who works in marketing, says most of her outfits cost just a fiver including shoes. Even her prom dress was just £8.

Speaking exclusively to Fabulous, she tells her story…

Absolutely everything in my wardrobe is second-hand, mainly from charity shops and car boot sales. I haven't bought anything new for at least five years.

It's the way I was brought up, as a kid I'd get my toys from charity shops. 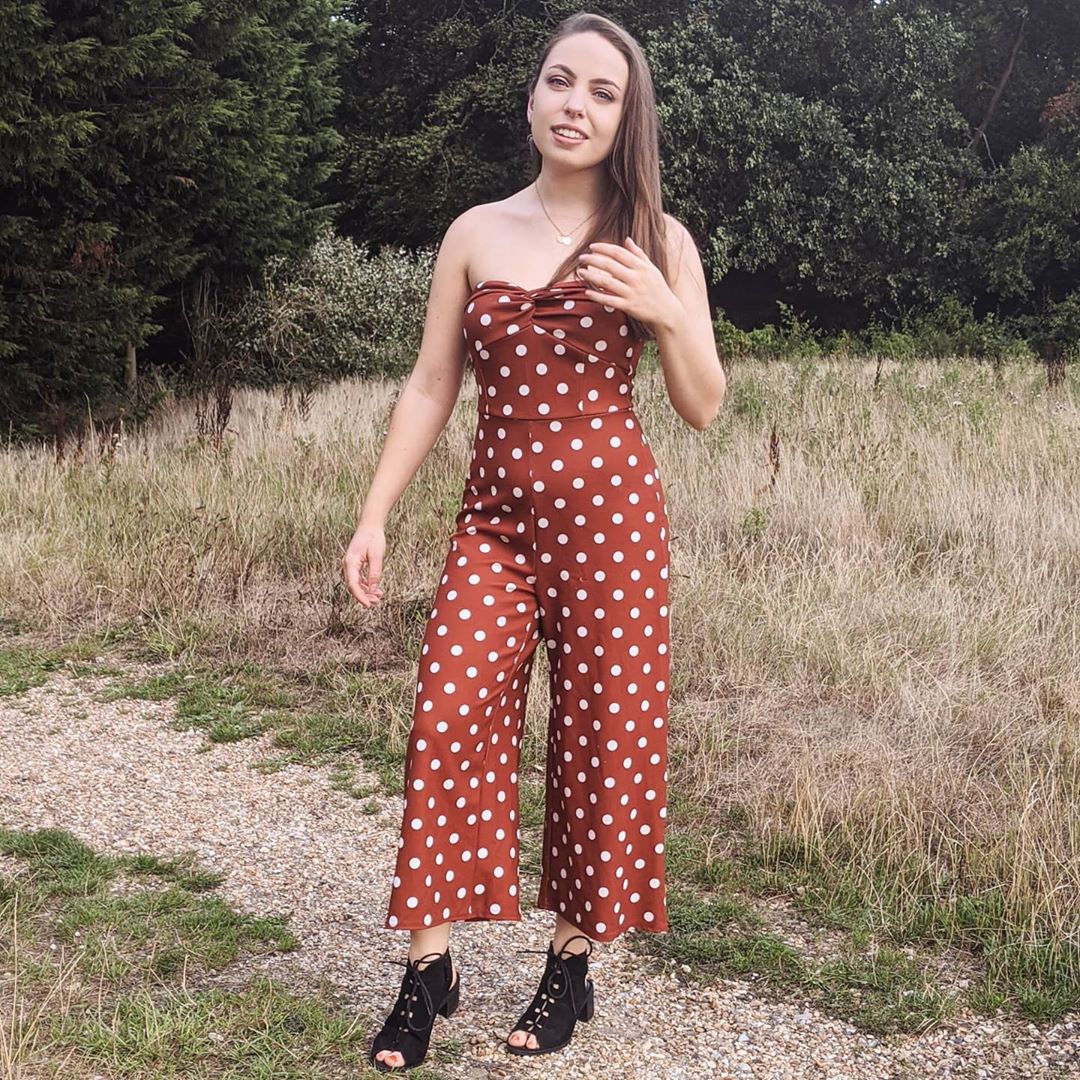 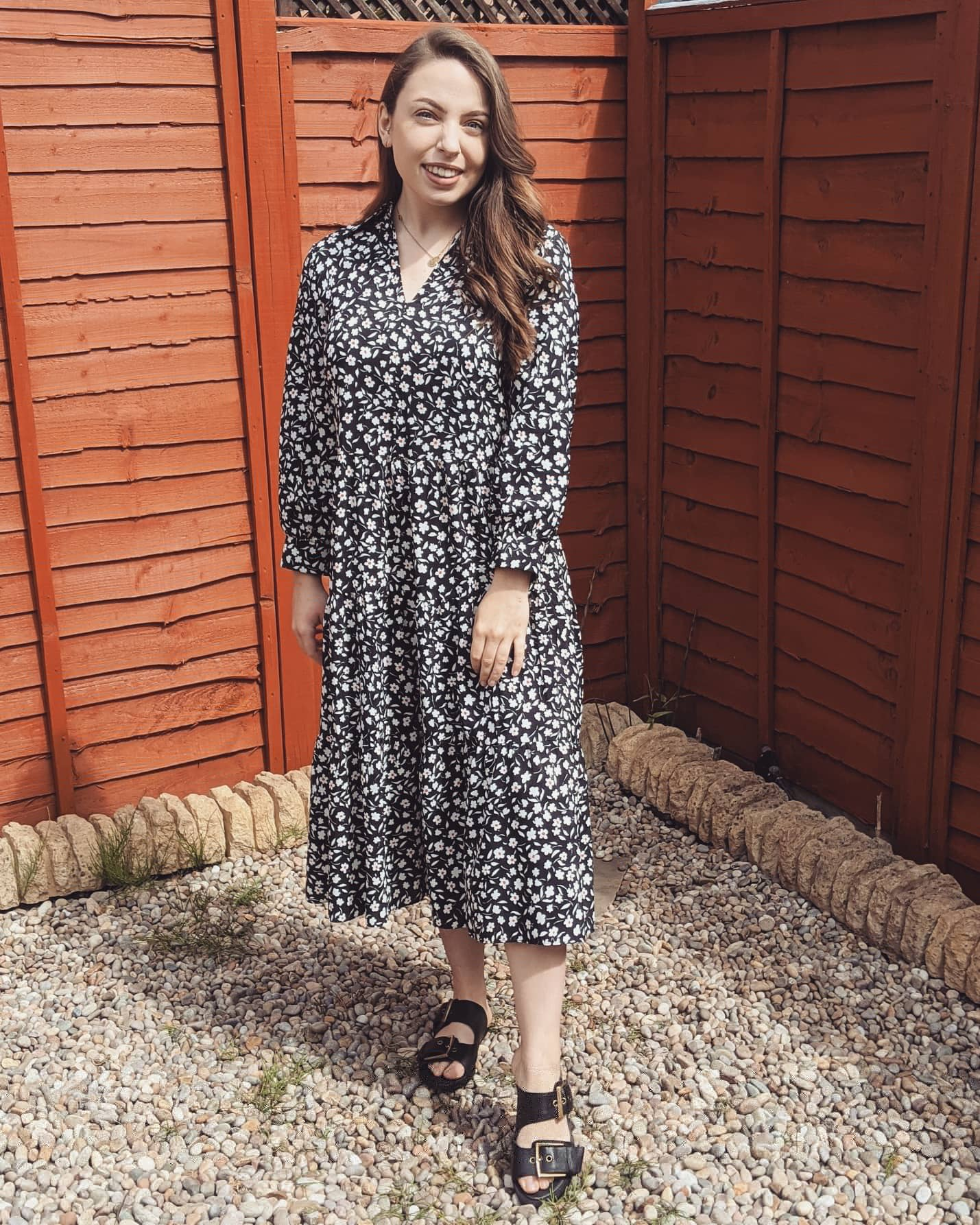 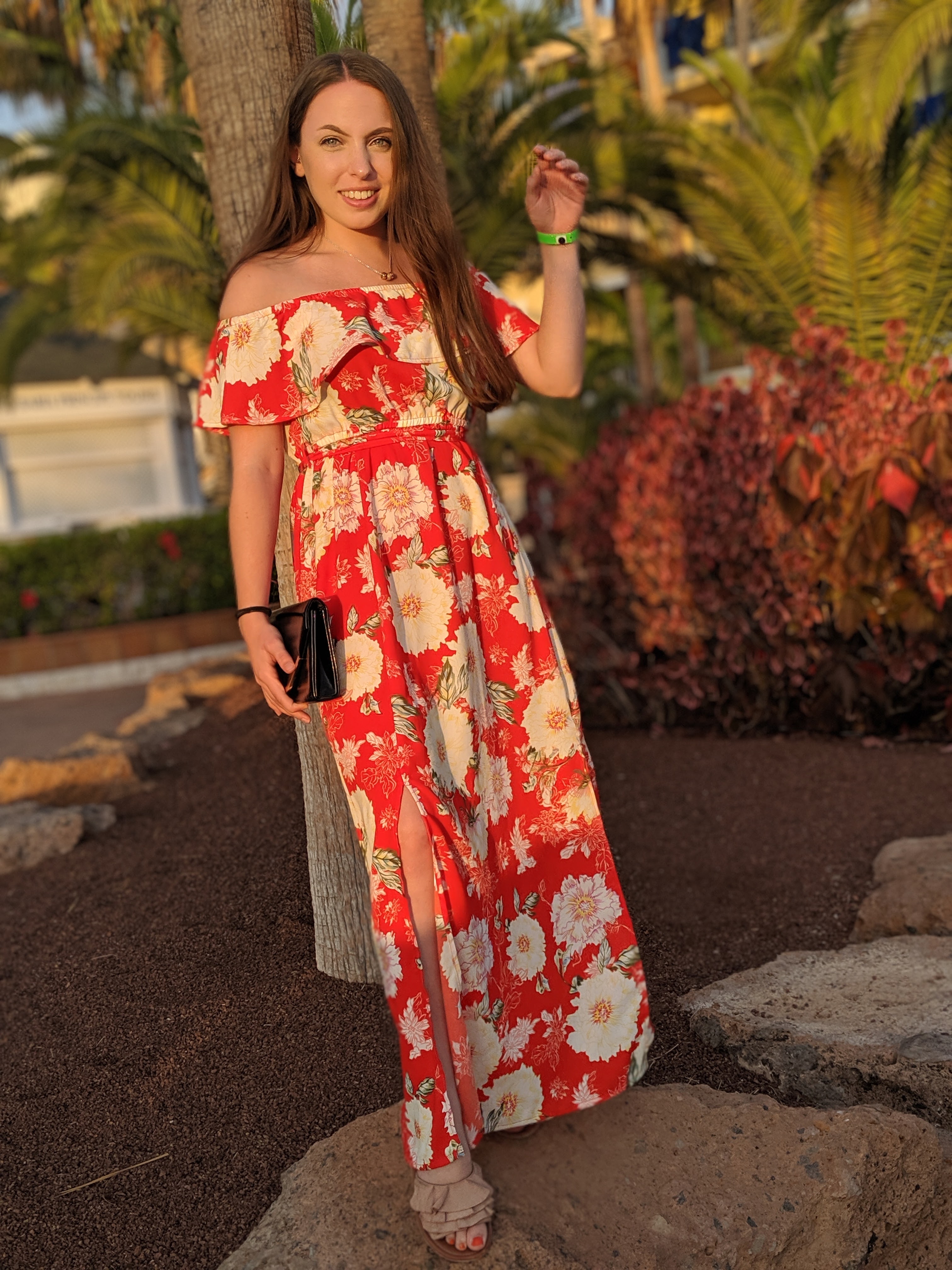 When I was a teenager, I'd always look for deals but I'd shop on eBay or Depop, because there was such a stigma around buying stuff second-hand at the time.

I was never ashamed but sometimes people would make comments at school. I didn't want to be spotted in my local charity shop back then, but now I don't care.

I really got into charity shopping when I was a student working part-time as a digital marketing apprentice, I realised you could pick up so much more for your money.

Then I heard more about the impact of fast fashion, and now I'm hooked.

I’ve got a pair of little black boots which I got at a jumble sale for 20p and I’ve worn them solidly for two years. I've bought dresses and jumpsuits for 20p too

I’ve got a pair of little black boots which I got at a jumble sale for 20p and I've worn them solidly for two years, they're only now just getting to the end of their life.

They were only from Primark but they were in such a good condition and they look smart at work too.

One of my favourite items was a gorgeous yellow midi dress I picked up from a charity warehouse for 20p. It was a bodycon with a frill at the top, in mustard yellow.

I didn't think it would be my style, but when I tried it on I realised I loved it. This is a good way to try new things, because when you're spending less than £1 you can always give something a go. 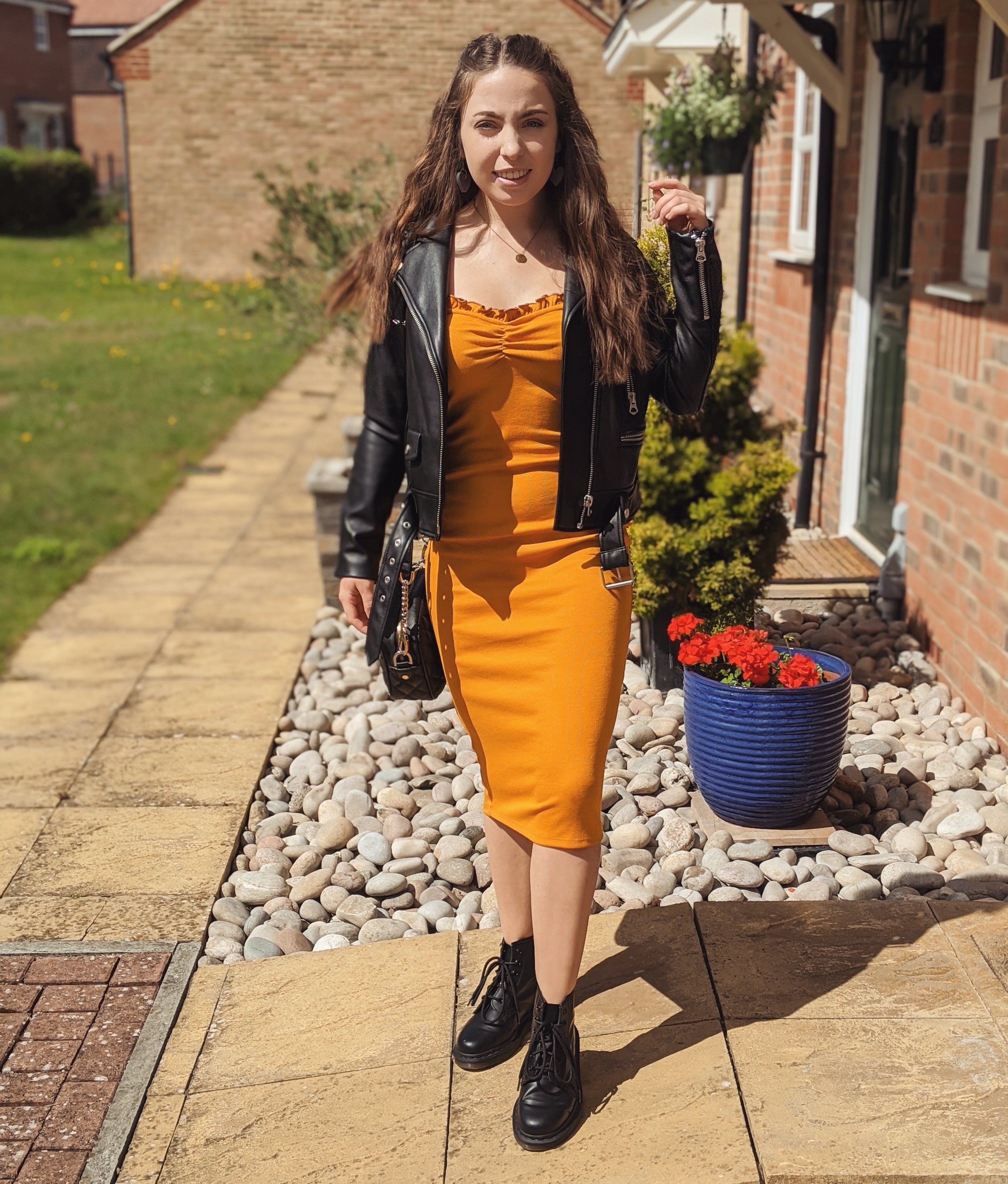 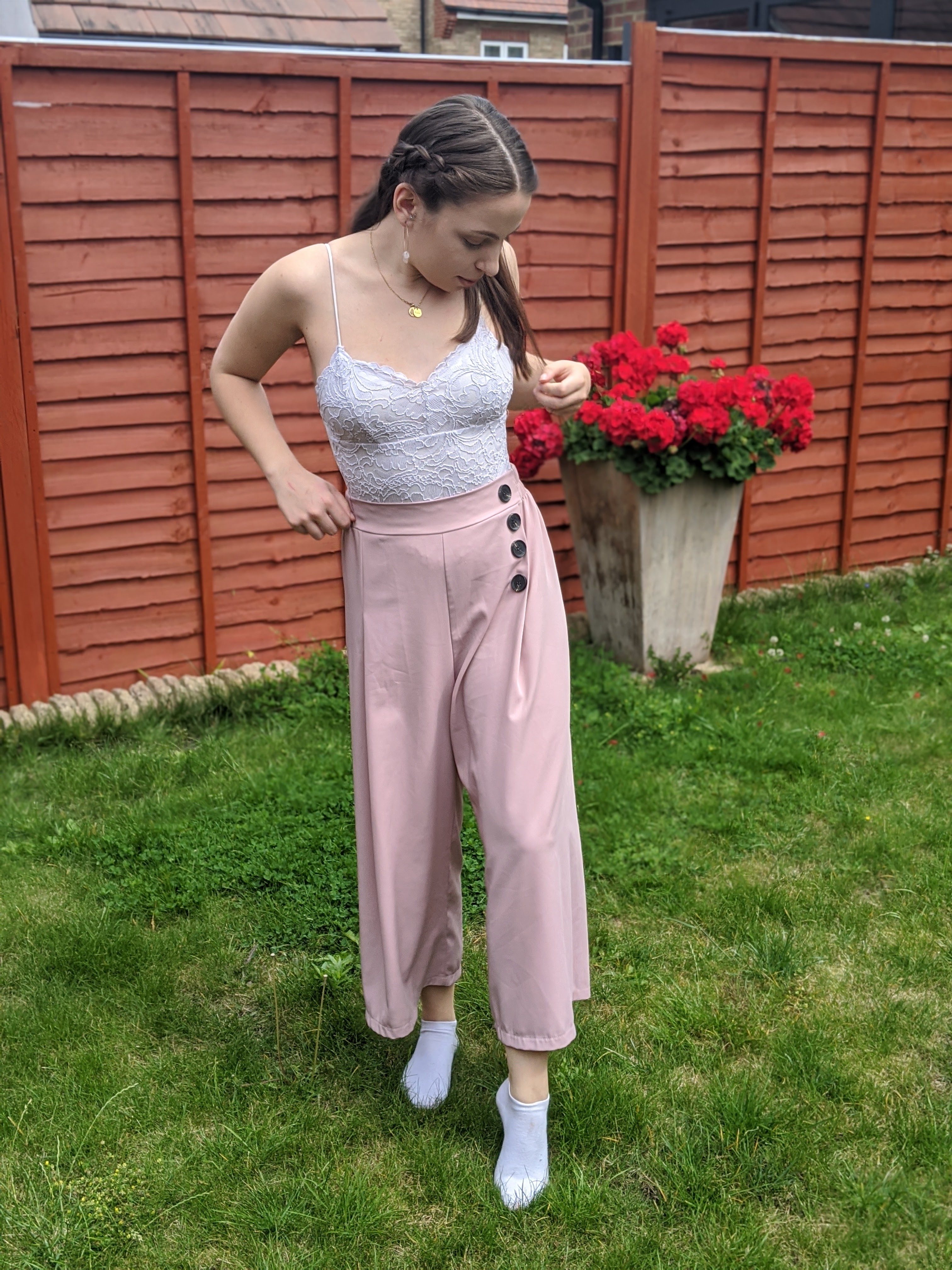 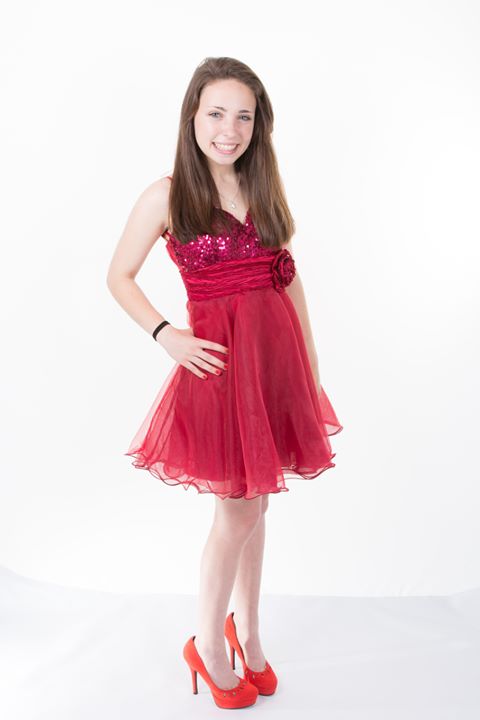 People were shocked when I told them how much it cost, I think it showed them you can get lovely things for a bargain.

Recently, my friend sent me a picture of a gorgeous green midi dress she'd bought from Dancing Leopard.

I messaged her later and said ‘I just went to the charity shop and found this green midi dress, which I feel is identical to your one’. 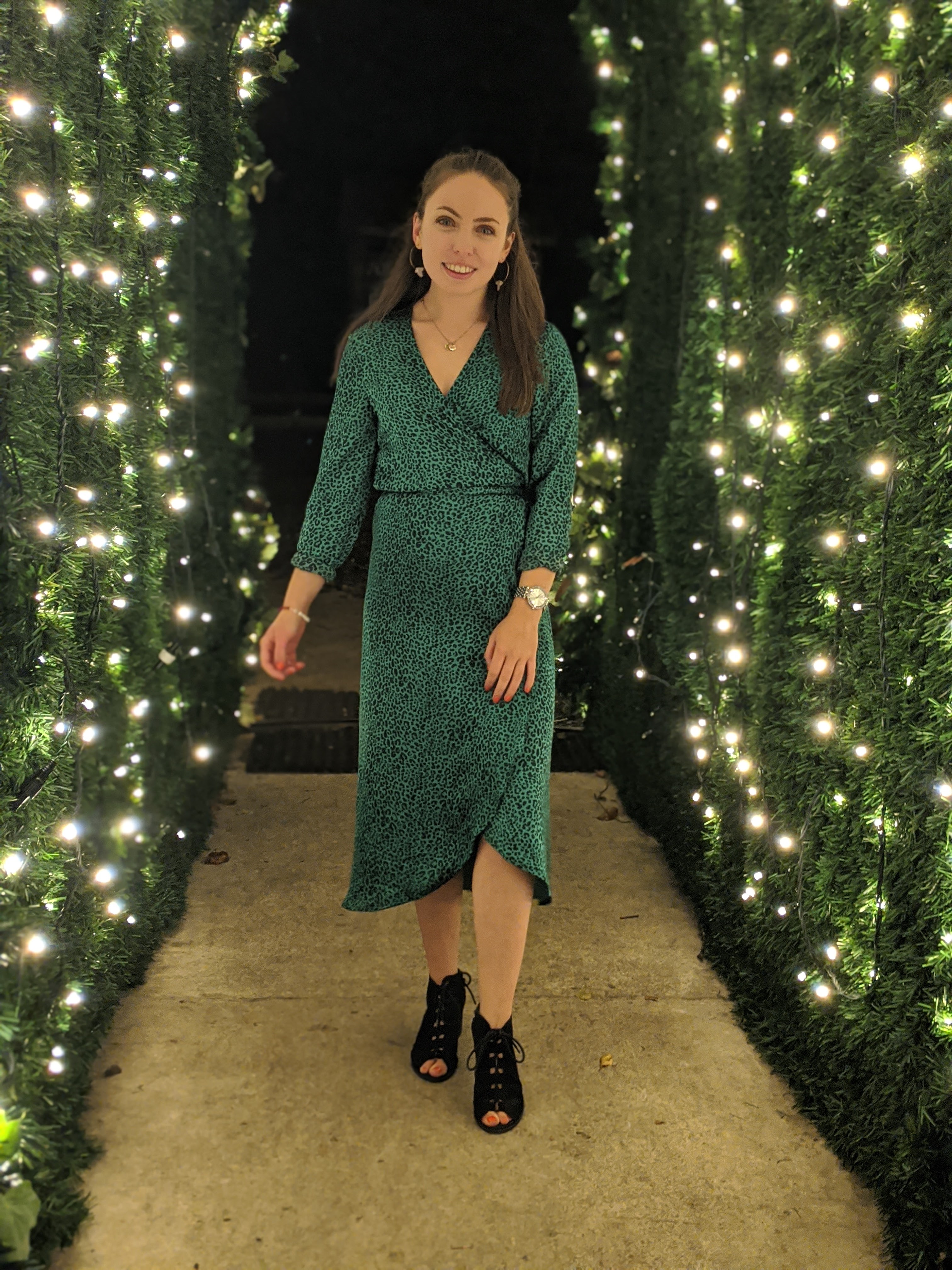 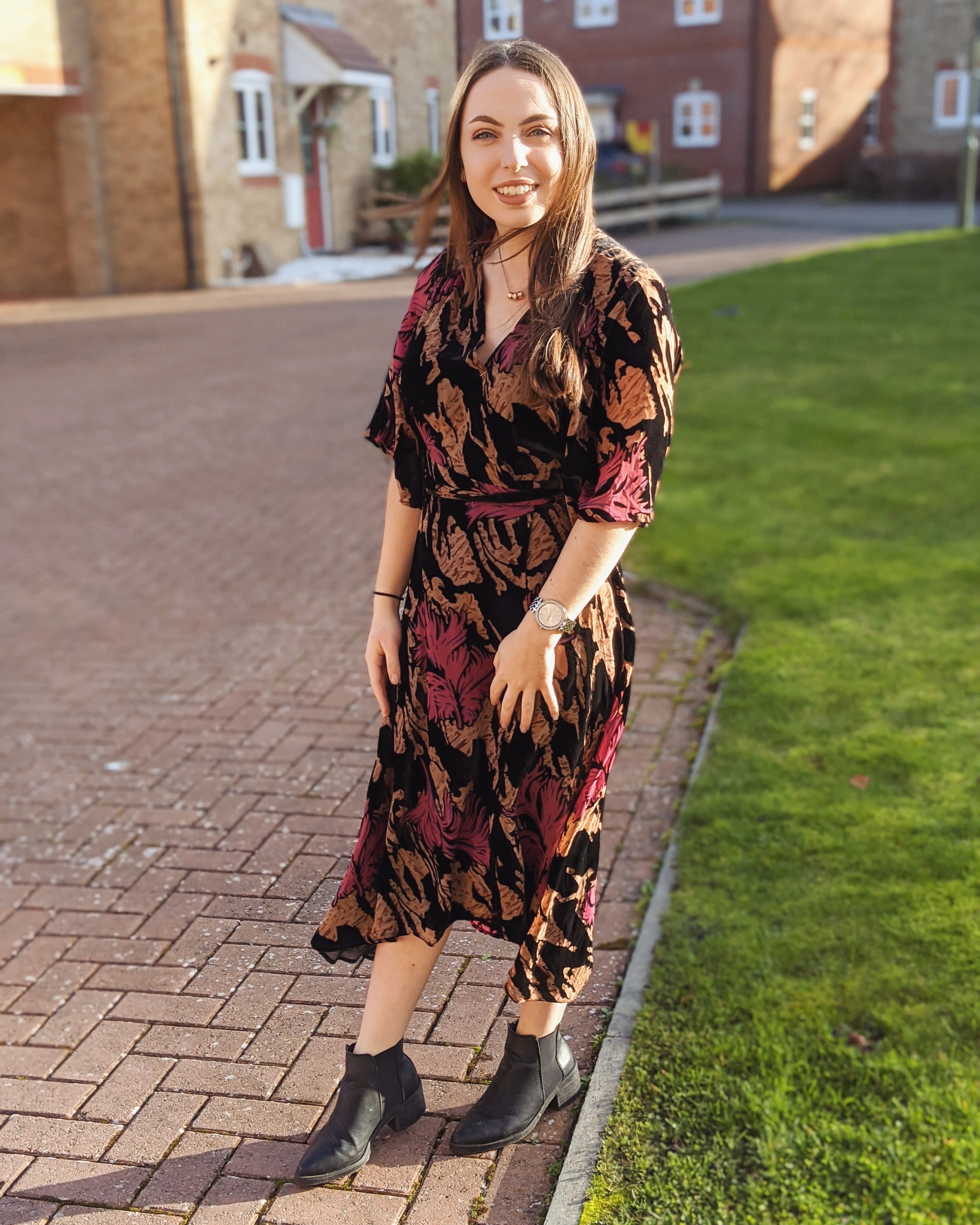 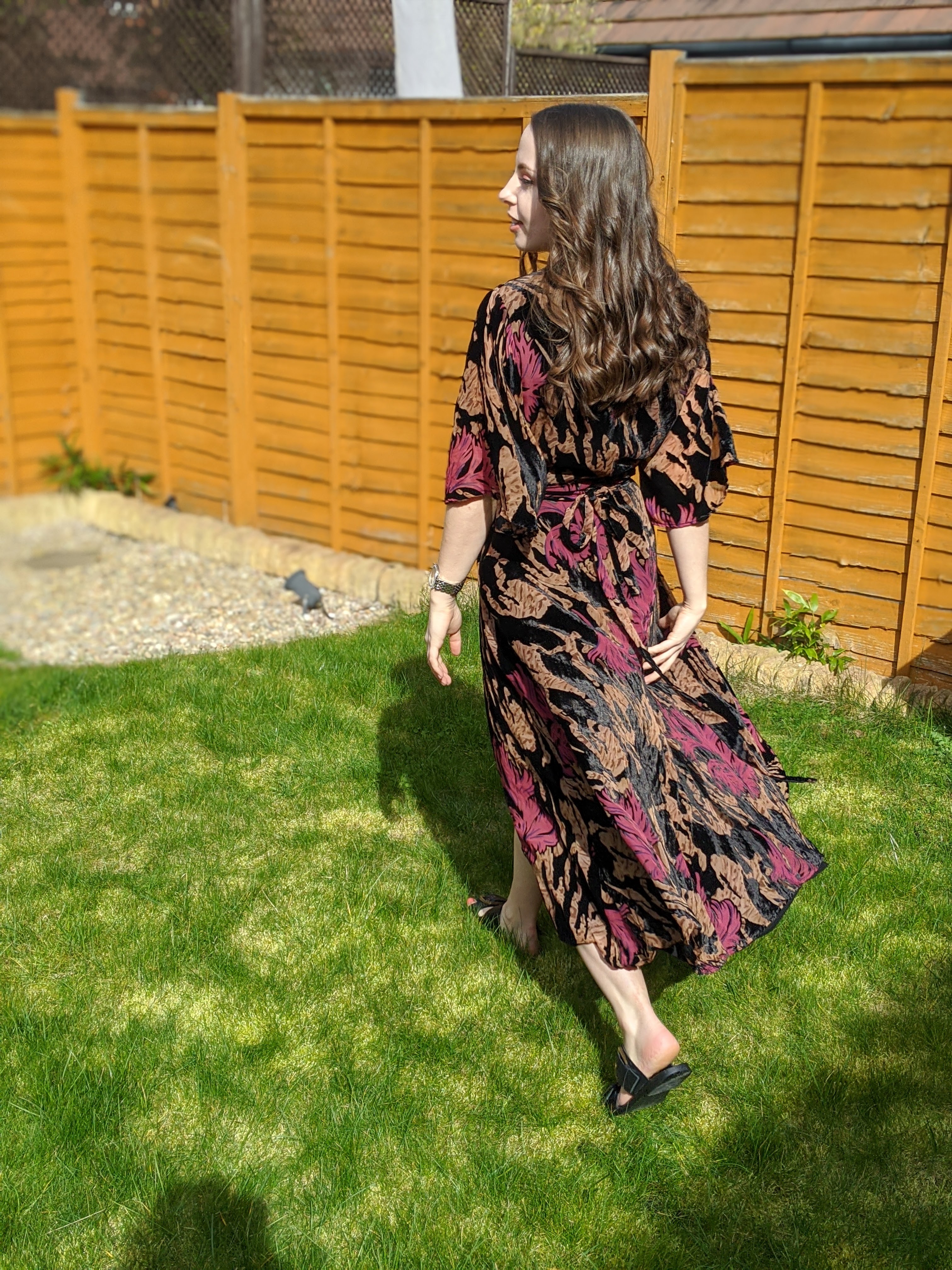 Before Christmas, I always go out and buy myself presents for my family to gift back to me.

Last year, I found a lovely velvet Zara dress for £7, it was over £40 in the shop, for my nan to give me. She was just as thrilled as me, because it was a really stunning dress.

I’ve been to some charity warehouse sales where you fill a bag, that’s where I've found some real bargains.

Jumble sales are great and car boot sales are where you find the cheapest clothing – and Facebook Marketplace is good too.

A lot of my clothes come from car boot sales, so it's often as little as 50p-£1 per outfit.

Then the shoes push it up a bit, so I'd say my average outfit costs £5-£10. You couldn't even buy a dress for that in most high street shops.

My top three charity shops are the RSPCA, Cancer Research and the British Heart Foundation.

They seem to get really lovely donations, they’re fairly priced and I've got to know all my local charity shop assistants. 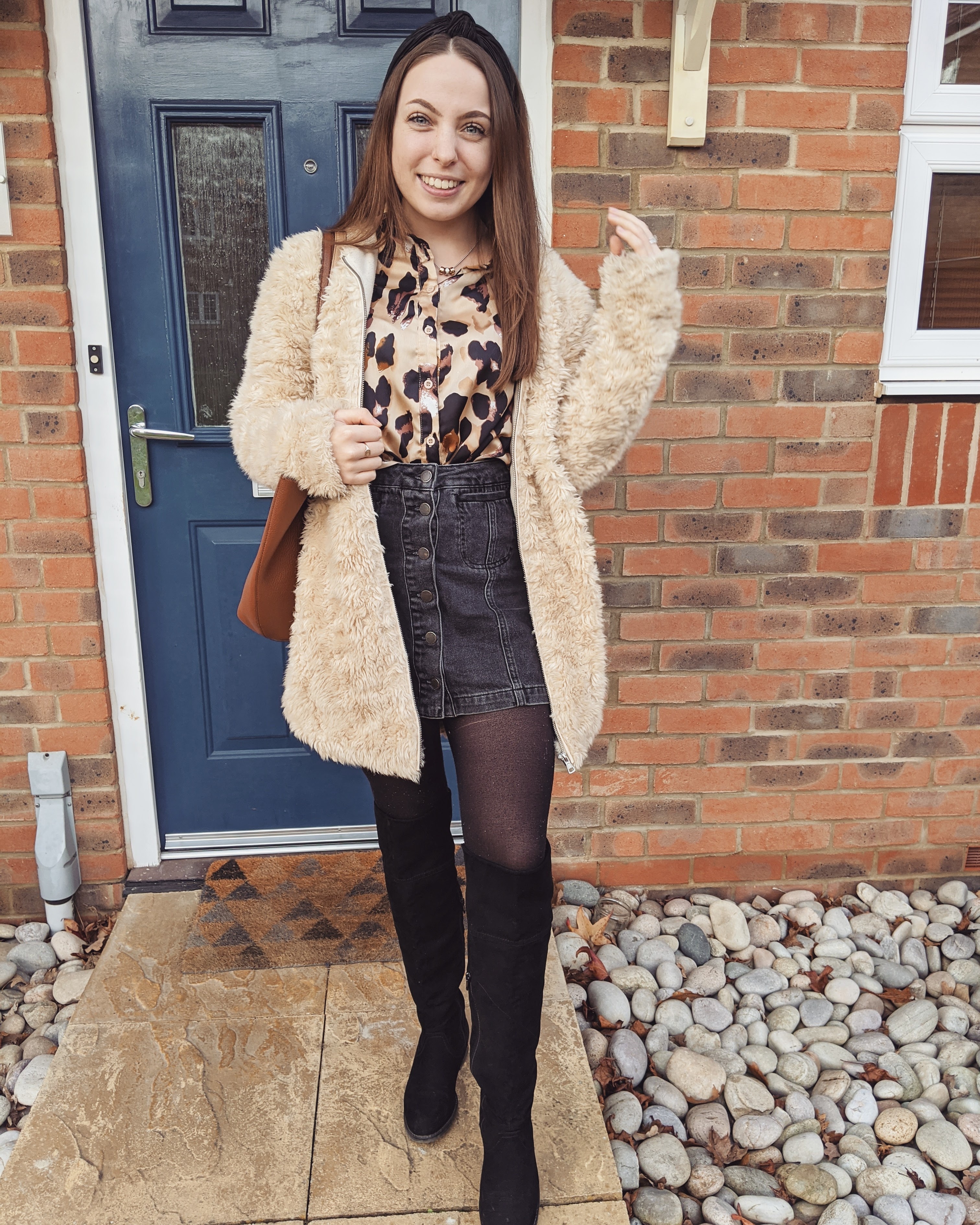 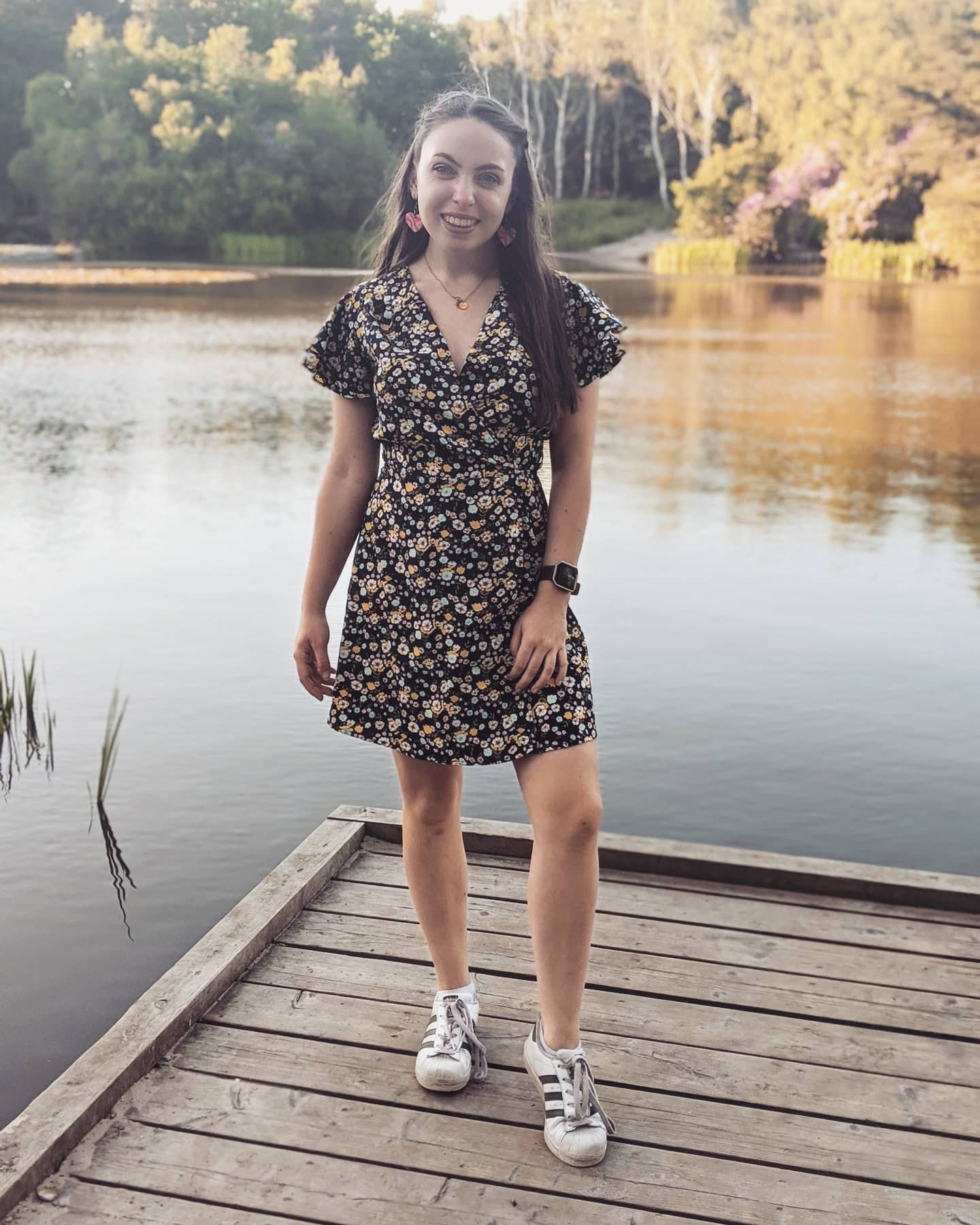 When I met my boyfriend Sam, he was a bit hesitant about coming into charity shops with me.

But then he started looking in the men's section and found all these designer T-shirts, now his wardrobe is mainly second hand as well.

Last April, I found an All Saints leather jacket at a car boot sale.

The seller worked at All Saints so he'd got it on discount and sold it to me for £30, but it was worth £200 full price.

I held onto it and gave it to Sam for Christmas. He was over the moon, he knew how much it was worth.