Home » Fashion » My Brother-in-Law Vilified Us Online. Should We Still Have Him Over?

My Brother-in-Law Vilified Us Online. Should We Still Have Him Over? 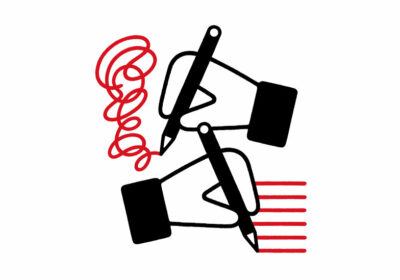 As soon as everyone was vaccinated, we invited my family to our home for a holiday meal outdoors. We also included my brother-in-law, who is my wife’s only living relative and has nowhere else to go. My own brother expressed surprise at this: Unbeknown to us, my brother-in-law had unfriended us on Facebook and posted a rant accusing us of elder abuse that led to his mother’s death. (We cared for her in our home until she died, and I’m proud of the years we took care of her.) Knowing this, I would like to disinvite him. But my wife says that she’s ignored similarly awful statements from him in the past, and there’s no point in arguing with him: He never admits he’s wrong. What should we do?

In my experience, people occasionally say horrible things after the death of a loved one. It’s often the grief talking; it can warp rational thought. And now, thanks to social media, we can broadcast our cruelest takes, hatched at the peak of anguish, to nearly everyone we know. This is not an excuse, merely a possibility.

Still, like you, I would not relish entertaining someone who thinks I murdered his mother. Your wife seems to take a different view, though. She may have greater faith that her brother doesn’t really believe what he said. She also may feel it isn’t worth the fight to get her stubborn sibling — whom she wants to keep in her life — to recant.

Try to defer to your wife here. Ask her, “Do you really want your brother to come?” If she does, include him as an act of love for her. She may also authorize a conversation with him in advance: “Your ugly post about our treatment of your mother really hurt us. But your sister loves you and wants you to come.” This way, you let him know where he stands without trying to wrestle an apology out of him.

Say More About That …

If someone tells you they’ve had surgery or been ill, is it rude to ask for details, such as the nature of the illness? My sister says it is: If the person wanted to tell you, they would volunteer the information. I see her point, but perhaps the person doesn’t want to give more details unless we express interest in them. Not everyone wants to know. So, is it more polite to say, “May I ask what the illness was?” Or is it better to leave it alone?

You and your sister offer plausible readings of an encounter. Balancing the risks, though, I would go with her approach. It is kinder to respect people’s privacy about health matters (that don’t affect us) and to avoid asking them to recount possibly traumatic events than it is to pose potentially unwanted follow-up questions.

A general statement of support (“I’m sorry for your troubles”) works fine. And with close friends, you may add: “I’m here to talk if you want to.” This has the additional benefit of putting the person who was ill in charge of the conversation.

I started hanging out with this girl I met online a few months ago. Since then, she’s sort of implied that she thinks we’re seeing each other exclusively, but we never had that conversation. I am not seeing her exclusively, and I don’t want to. Can I keep on seeing other people until we actually have the discussion and reach an agreement about it?

Simply asking the question indicates that you know what the right answer is. Now that you’re aware that this woman misunderstands the nature of your commitment to her — even if it’s through no fault of your own — you owe her the truth.

This may lead to a conversation that will end your time hanging out together. (Or it may not!) But being honest with our intimate partners, even when they jump to the wrong conclusion on their own, is essential to maintaining any kind of relationship, exclusive or not. Speak up!

An artist friend offered to make a painting for my new home. I don’t love her work, but I wanted to be supportive, so I agreed. Unfortunately, the abstract painting she gave me looks like something you’d find in a generic hotel hallway. I’ve never hung it. But I have thought I might really enjoy the painting if I could make some amateur, lighthearted changes to it. Would that be OK?

Technically, the painting is your property to do with as you like, and you are free to alter it. That would be an act of disloyalty to your friend, though, who gave you her artwork as a sincere gesture of friendship.

Taste is a personal matter; respect for our friends is not. Here, I see no reason to offer a critique of her painting or to deface it, which you know would likely hurt her. Just thank her for her gift, then store it, donate it or give it a friend — as is.

For help with your awkward situation, send a question to [email protected], to Philip Galanes on Facebook or @SocialQPhilip on Twitter.