A MUM has issued a warning after her two-year-old son suffered horror burns when he grabbed a boiling hot cup of tea.

Fern's husband Brad had just turned his back after making a brew when his inquisitive son Alex reached up and tipped the scalding liquid on himself. 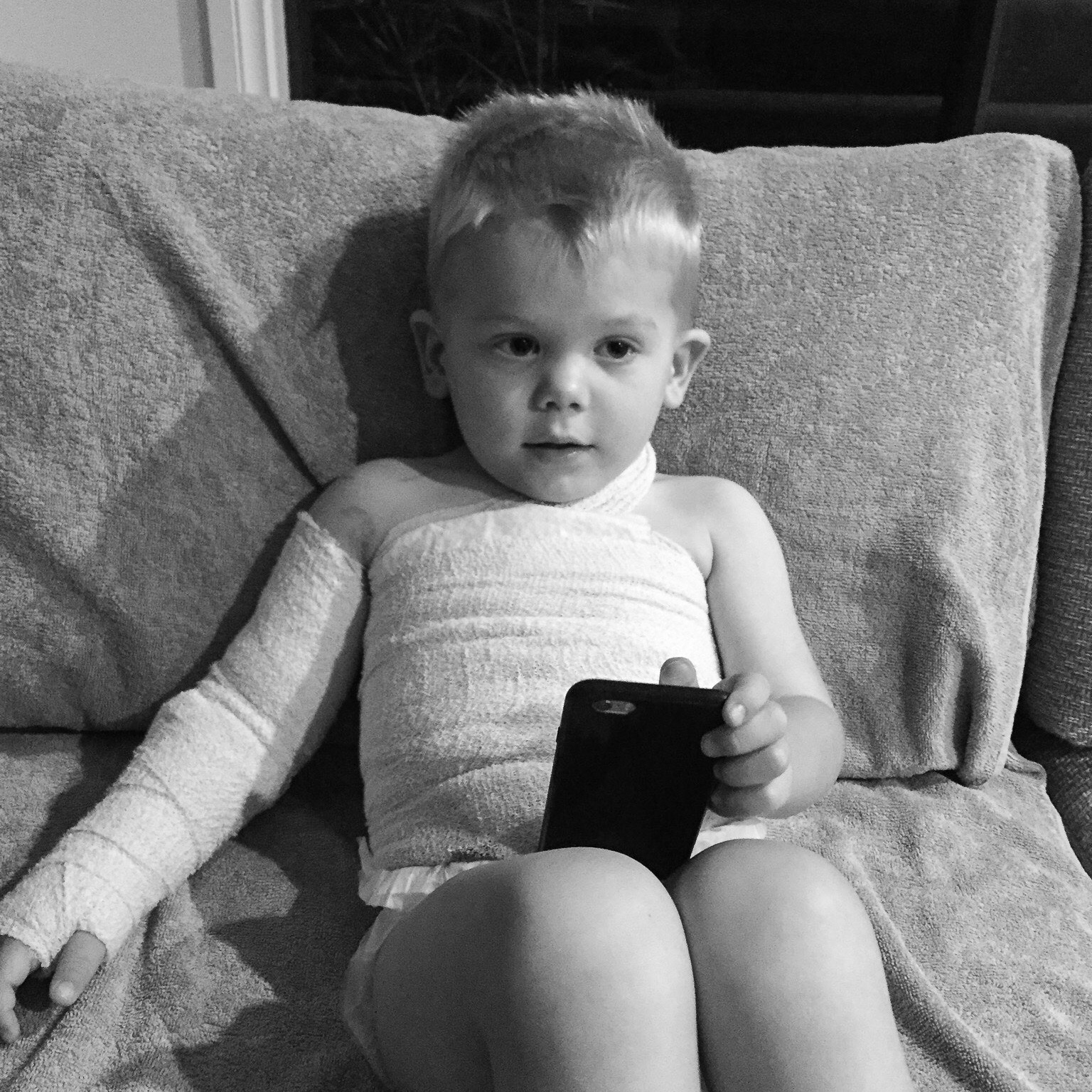 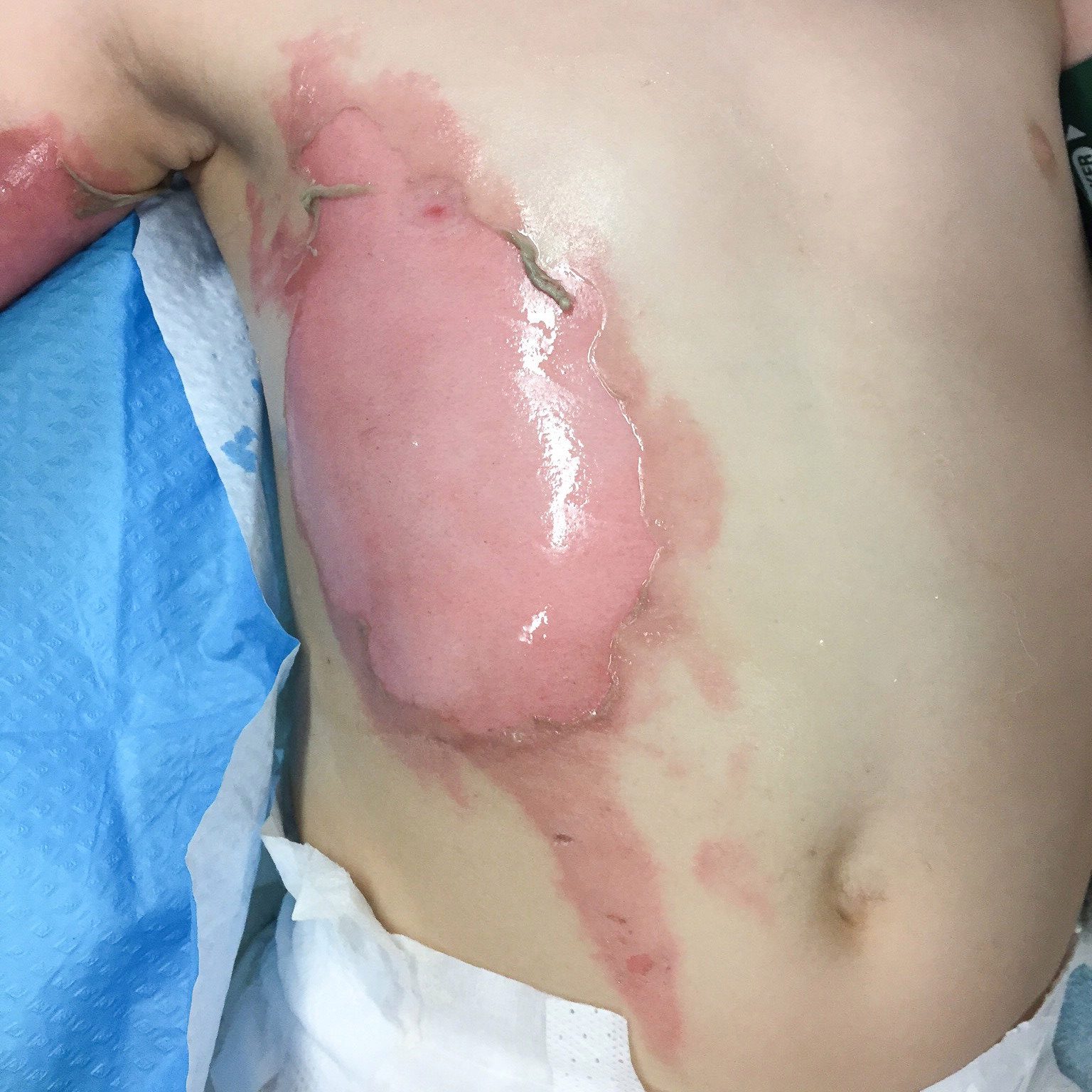 The tot had suffered second-degree, or partial-thickness, burns all over his chest and down his right arm.

His quick-thinking mum scooped him up and jumped in the shower with him until an ambulance arrived to take him to hospital.

There, doctors credited her ineffectiveness as she had managed to save him from suffering any permanent scarring.

Fern is now urging others to be more vigilant with making hot drinks around kids and to know the steps to take in an emergency.

Recalling their terrifying experience, which happened in April 2017, the secondary school teacher told Sun Online: “My husband had boiled the kettle and poured himself a cup of tea.

"He turned around to put a plate in the dishwasher, and Alex came up behind him to see what was in the cup and accidentally pulled it down on top of himself."

Fern, who was in another room, said she heard her husband yelling for her.

"I heard his voice and instinctively just knew, straight away what had happened. It was one of those awful gut feelings," she said.

I heard his voice and instinctively just knew, straight away what had happened. It was one of those awful gut feelings

"When I heard my husband yell, before I even got to the situation, I felt sick.

"But then as soon as I got into the kitchen and saw my husband with Alex under the kitchen tap, I went into autopilot.

"I knew what to do and I had to help my little boy."

She added: "As soon as I got to the kitchen my husband already had Alex under the kitchen tap, I grabbed him and moved to the shower – as the burns were all over his chest and right arm, he needed more water coverage than what the tap could offer – so that my husband was free to call the ambulance.

"We stood in the shower together, me fully clothed singing nursery rhymes and trying to distract him." 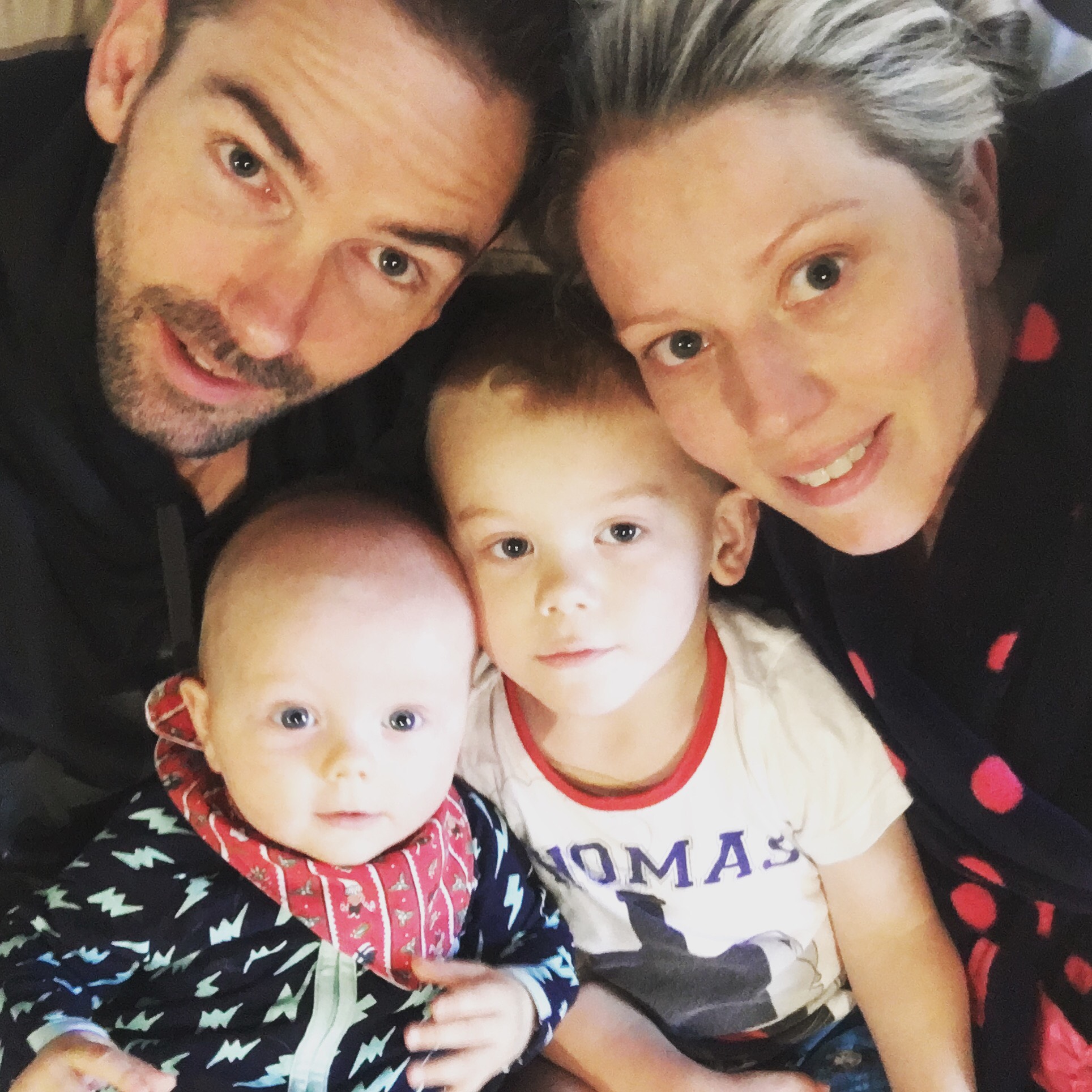 She said the ambulance arrived "in what felt like minutes" and took them to the hospital.

Fern added: "The doctors in the emergency department were amazing.

"They were impressed with the first aid treatment we had given and that we knew what to do.

"The 20 minutes of cold water on the burns actually stops the burn process.

"If left untreated, or not treated for long enough under the cold water, the burn will continue to burn, making the injury worse and the chance of skin grafts much higher.

"Initially we didn’t know if he would need skin grafts – this was information that we found as the treatment went on."

What to do if your child gets burned

Call for emergency medical care. Then, follow these steps until help arrives:

For electrical and chemical burns:

For the first week, the family were in and out of three different hospitals for dressing changes and observations.

This went on for two months before Alex was given a silicone patch and compression garment to wear for 23 hours a day for 21 months.

His treatment finished in January this year – and thankfully he only has a tiny amount of scarring on his right arm.

Fern said: "Alex is absolutely fine now. The stomach has healed so well that you can’t even tell that a burn ever occurred, it really is quite amazing.

"His right arm has a little bit of scarring – the skin is thicker and a lighter colour, but nothing compared to what it could have been.

"As he grows, it will continue to change and disappear." 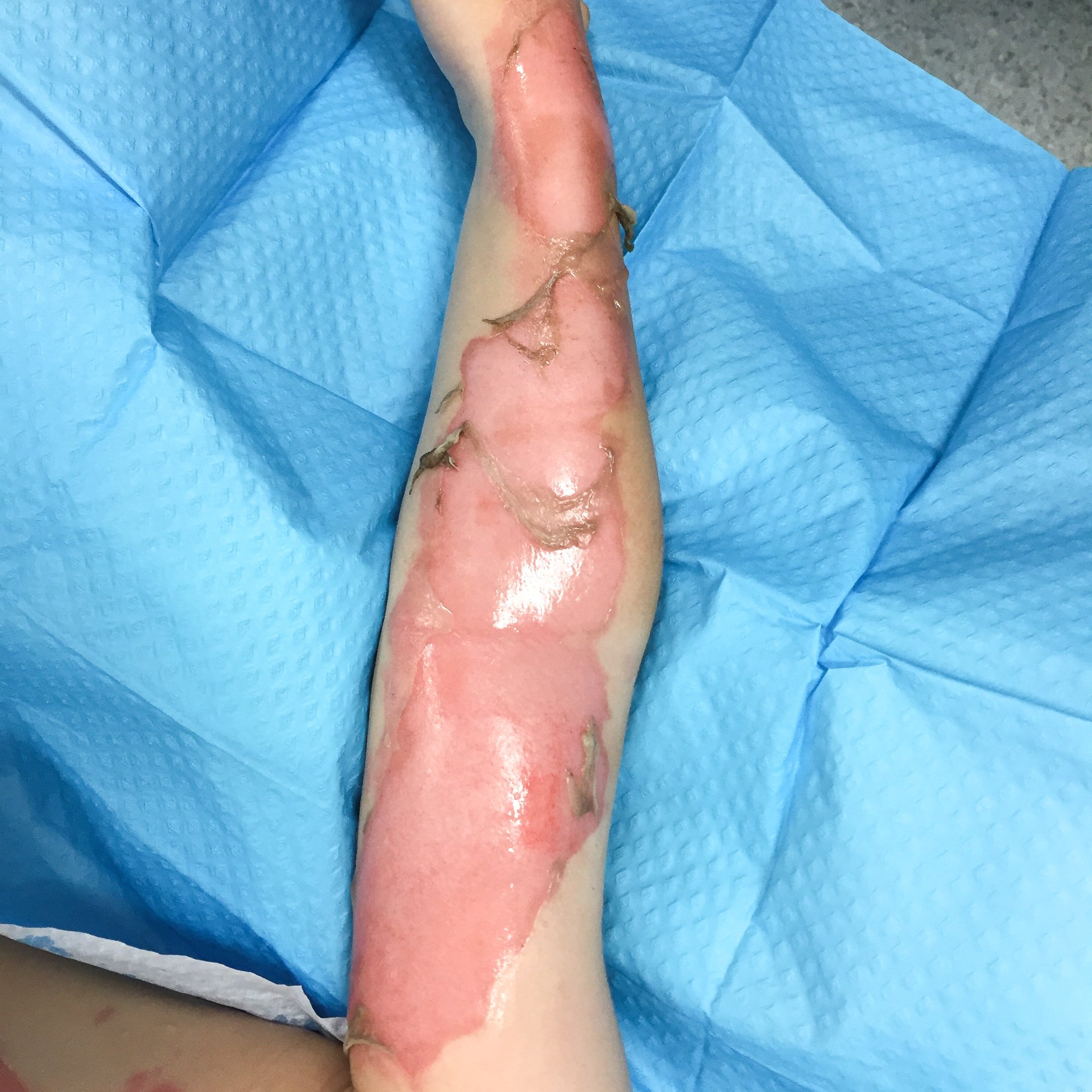 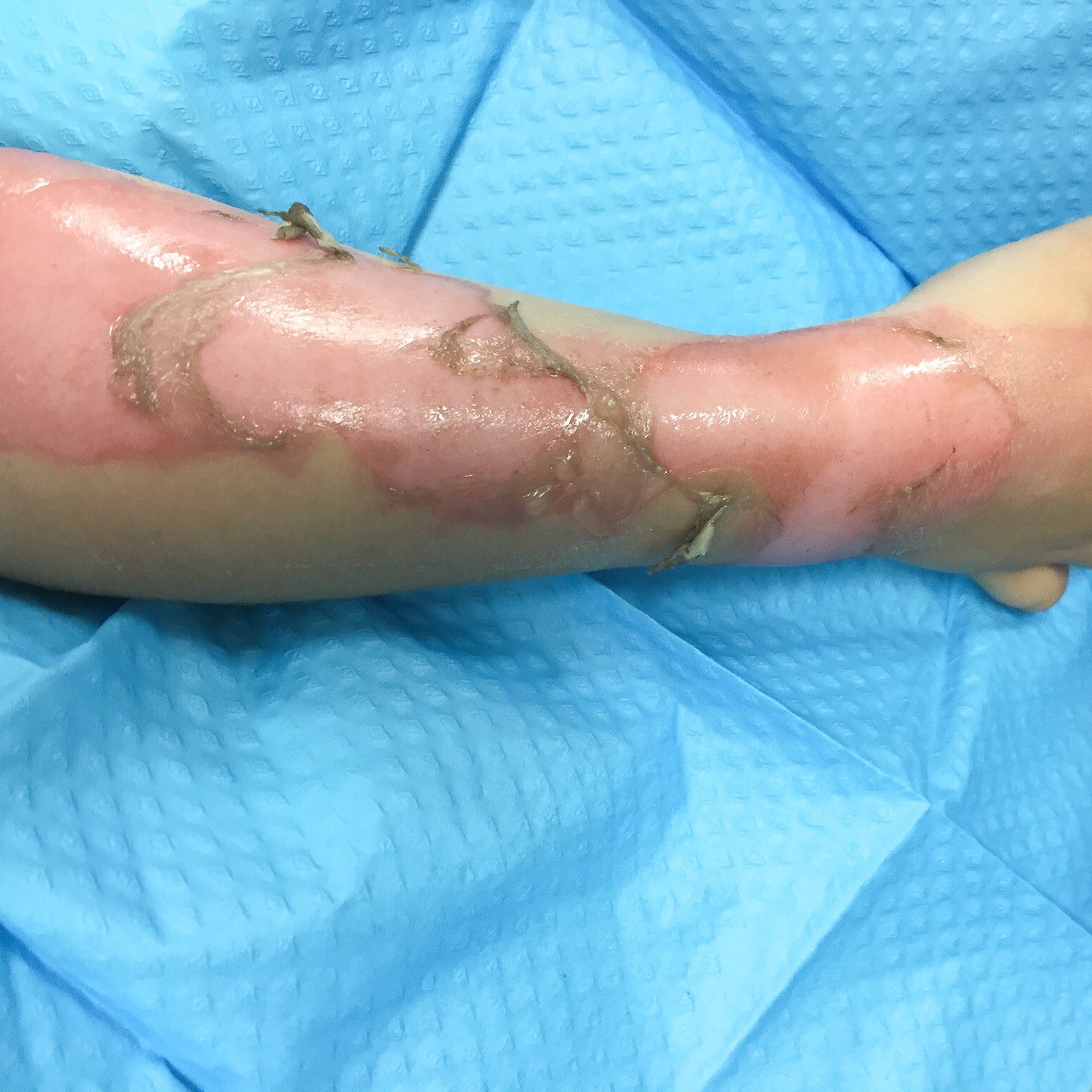 Alex, who turns five next week, is getting ready to start his first year of school and his mum added that he will be a "completely normal five-year-old boy".

Fern, who also has a two-year-old son named Ryan, said: "Be vigilant with your supervision of children.

"Prevention is also better than any cure we can ever administer so protect your babies by minimising the dangers to them.

"But on the off chance something does happen, you are prepared and know what to do."

She said: “The initial treatment for burns is to place the burn under cool running water for 20 minutes – which is exactly what Fern and her husband did.”