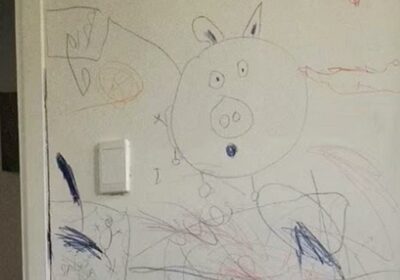 A MUM begged for help from parents online after her kids completely covered her white wall with multicoloured scribbles.

But rather than suggestions on how to clean up the mess, the mum was shamed for letting it happen to begin with. 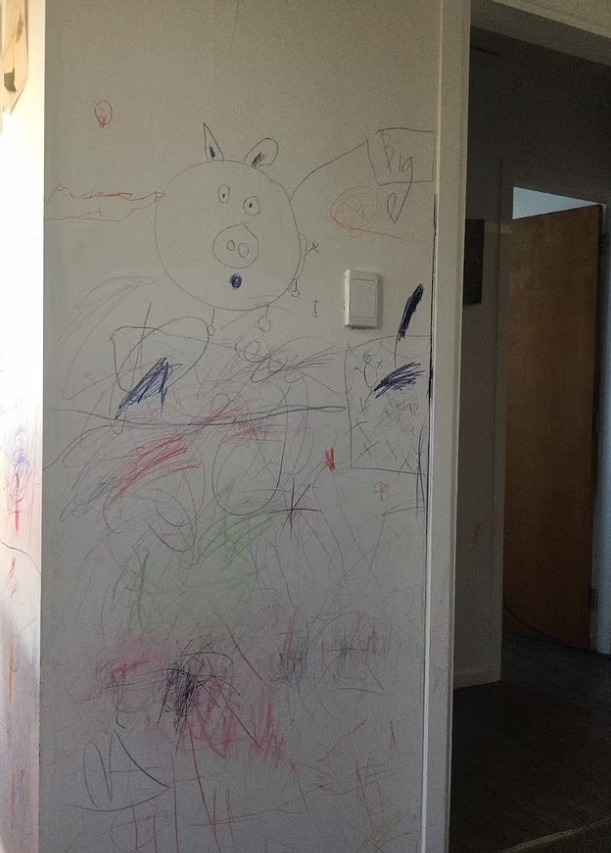 Using colourful pens and crayons, the youngsters used the plain wall as a canvas for their "masterpiece," which the mum admitted made her "chuckle" at first.

But realising cleaning it could actually be a difficult task, she posted a snap on Facebook to ask for help, Mail Online reports.

"I love my kids and I have multiple chuckles every time I walk past their masterpiece, I’m not actually THAT mad."

I love my kids and I have multiple chuckles every time I walk past their masterpiece, I’m not actually THAT mad.

Aside from a few helpful suggestions, including painting over the wall, it appears many took aim as the light-hearted post offering "parenting advice" instead.

The mum hit back to say: "I didn’t ask for parenting advice or how my eight-year-old should have known better. If you don’t have anything constructive to say, don’t say it."

She also addressed concerns from "negative Nancys" and said: "Just to clear up a common misconception, we do own our home, so no the landlord won’t be p***ed."

The mum also added that they're in the middle of renovating and re-painting the whole house anyway, which is why she isn't too worried about the colourful wall.

Despite some negativity though, the woman did receive some helpful advice.

I didn’t ask for parenting advice or how my eight-year-old should have known better. If you don’t have anything constructive to say, don’t say it.

"I got crayon off our walls yesterday with a magic eraser. Takes a little bit of elbow grease and a little bit if water but did the job," one mum said.

While others suggested giving the kids a blackboard wall so they can scribble all they want without damaging the walls.

"Looks like they want an art wall! We did this once my girls drew on the wall, literally just declared that one wall as art space. It was a much loved feature of our home, and I was actually sad to remove it when they were teens," one person reportedly said.

Meanwhile, this mum who lets her toddler son scribble all over the walls in crayon divides opinion after saying she loves his ‘art’.

Plus this horrified mum begs for help after daughter, five, draws all over her £2k Chanel bag – & the results speak for themselves.

And makeup artist was left heartbroken after her kids destroy hundreds of pounds worth of her cosmetics.