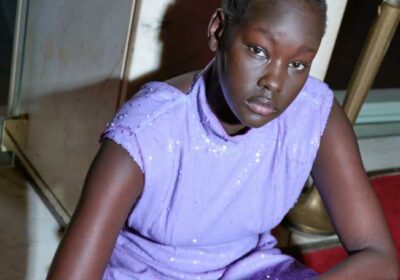 Fashion, music, cinema and art collided in the digital project that MSGM developed to present its fall collection.

Inspired by an electronic song about Milan created by Flashart’s Gea Politi and Club Domani, the music production company founded by Sergio Tavelli and Andrea Ratti, MSGM creative director Massimo Giorgetti wanted to describe the energy and spirit of the city’s younger generations with the “Manifesto” project.

In order to deliver a spontaneous and authentic vision of this young Milan, the designer selected 15 girls, spanning from models and performers to a writer and a cook, that selected the look they wore in the video, which played backward.

“I got influenced for the concept of underground youth by ‘Euphoria,’ while the cinematic aspect is deeply influenced by Paolo Sorrentino’s ‘The New Pope,’” Giorgetti said. “Since I couldn’t have Sorrentino, I got his assistant.”

Emerging director Francesco Coppola added his fresh, music-inspired eye to the winning formula. Filmed at Milan’s Manzoni Theater, which has been closed for a year due to the pandemic, the short movie stressed the empowered, rebellious spirit of the girls who — according to Giorgetti — “didn’t want to wear any ruffles or heels, but they loved the chunky platform boots.” This actually says a lot about what today’s girls want when it comes to fashion.

The collection itself felt really on point. The designer played with sharp, unfussy silhouettes and tactile materials in vibrant green, lilac, turquoise, yellow and hot pink.

Vinyl made of recycled fibers was employed for cool puffers, as well as for slick pants worn with recycled Lycra and stretch jersey tops. “The new MSGM T-shirts,” Giorgetti declared. Mannish suits in crackled eco-leather were juxtaposed with sustainable twill gathered dresses splashed with prints of bouquets that artist Alessandro Calabrese printed on film and then scanned, creating interesting color and light effects.

Garment-dyed distressed denim pants had a young, fun attitude, which was smartly counterbalanced by more sartorial styles, as well as by polished tweed skirts worn with mohair polo shirts.

Probably the best designer in Milan for interpreting the desires and attitudes of younger generations, Giorgetti found in the digital format a great allay to express his creative vision in a more powerful and accurate way.