‘Within seconds I had constructed a full fantasy of our life together that gained size and force the way a pea-size chunk of snow becomes an unstoppable village-crushing avalanche.’ 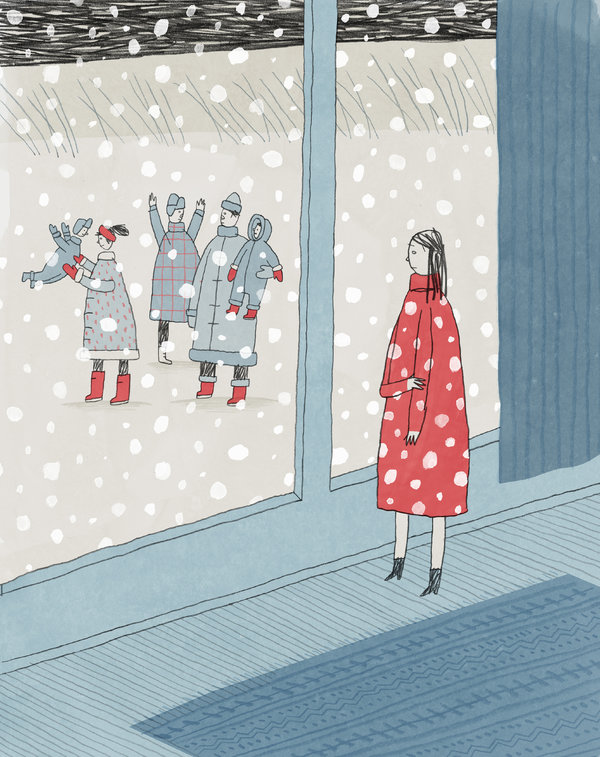 Paula grew up in foster care, and year after year she would find herself “clobbered by desire” when the holidays rolled around. She longed for a mother and father to rescue her and “make everything better”; she wished for the hip-huggers and games she saw on TV.

When she was 21, she met a man named Jeff who ruptured this annual cycle of desire. He became the inspiration for a hard-earned Christmas lesson.

“The Holiday of My Dreams Was Just That,” Paula McLain

“What did love feel like to you as a child?” Daniel Jones asked Paula at the end of episode. Paula recalled getting dropped off at her first foster home, with clothes and garbage bags. “It doesn’t feel like love,” she said. “It’s like everything is bent on trying to figure out these people just to make sure they don’t give you away again.”

A lot has changed in Paula’s life since her essay was published in 2007. Her book “The Paris Wife,” which came out in 2011, went on to become a best seller. And as she revealed to Daniel, she also got divorced. “I could not have imagined that present when I was barreling down the highway,” she said. “Once I left that marriage,” she continued, “I got bigger.” Her new novel, “When the Stars Go Dark,” comes out next year.

Want more from Modern Love? Read past stories. Watch the TV series and sign up for the newsletter. We also have swag at the NYT Store and two books, “Modern Love: True Stories of Love, Loss, and Redemption” and “Tiny Love Stories: True Tales of Love in 100 Words or Less.”